We all love a good horror film, right?! There is something inherent in human nature that just loves to be scared and made to jump. Of course, the psychological get-out for these kind of thrills is that it is only a film and so not real. But what if that was not true? Would you be so keen to watch something that is based on real-life events or would it make it too scary to bear?
Amazingly some of the best known and most successful horror films were based on true stories. We round up ten of the grisliest to give you nightmares! 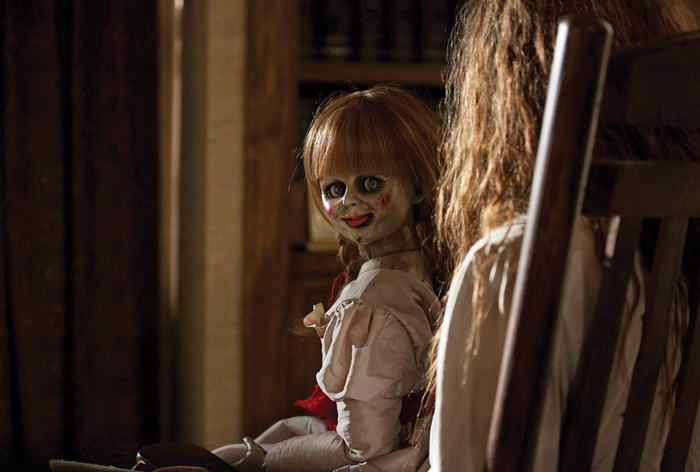 This 2013 supernatural chiller was well received by both critics and fans alike. It tells the story of a normal American family who move into what they think is a dream new home. Unfortunately, it is actually full of malovent spirits and paranormal activity! The family end up having to employ paranormal investigators to solve the problem with an eventual exorcism.
This film is based on a totally true story and most of what happened on screen occurred in real life! There were a few additions (the exorcism being the main one!) but the main tale is genuine. Even the paranormal investigators in the film were based on the real life paranormal investigators who got rid of the demons in reality. In real-life, the family put up with 9 years of haunted goings-on before moving out! 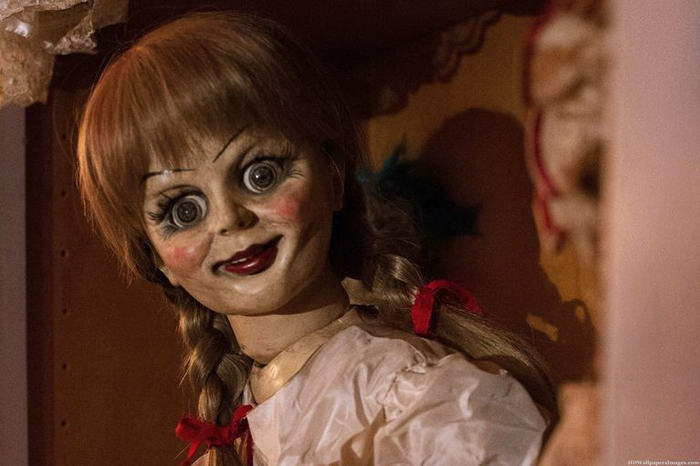 If you get creeped out by horror films with scary dolls in, then this is one to avoid! The character of the film’s title is an unnerving doll that is possessed by a demonic spirit. The spirit uses the doll to try to take the soul of the young child in the movie who belongs to the main family. Thankfully, it doesn’t manage too but the film is pretty jumpy as it tries!
Rather unbelievably, there is a real Annabelle doll in the world that the film took inspiration from. It lives in a glass case in a museum in America where a priest blesses it twice every week. The doll had been placed there after several violent incidents in the 1970’s happened to a young girl who had been given it as a gift. Even more weirdly, a young couple who had been looking at the doll in the museum years later and mocking it, were killed in a car crash on their way home.

Moving on we have another supernatural chiller! The fact that so many of these kind of movies actually happened in real-life is rather worrying when you think about it. The film sees a young man complete his journey to become a registered exorcist and all that he sees along the way. It is actually pretty good and well worth a look if you see it on anywhere.
Of course, the film really did happen and is the true story of an American priest called Father Gary Thomas. One of only 14 trained and qualified exorcists in the world, a book was first penned about his journey to becoming a modern exorcist before the film was made from that. Interestingly, the main scene in the film where he exorcises a young girl who is pregnant is 100% true.

07 – The Haunting in Connecticut 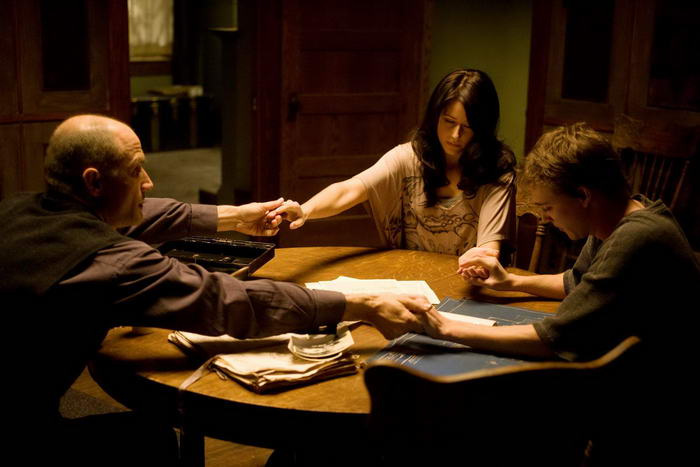 The Haunting in Connecticut

This film is another that really unsettles you with its story of a house that is riddled with evil souls and spirits. In it, a mother moves into the titular house in Connecticut so she and her cancer-stricken son can stay there while he gets treatment in a nearby hospital. The house hides a ghostly past though and before long, the son is seeing all kinds of unusual things.
In the real world, this movie is based on the experiences of the Snedeker family. They really did move into a creepy old house in Southington, Connecticut with their three sons and a daughter. On moving in they discovered tools in the basement and found out that the house had once been a funeral parlor. Unfortunately, this grisly past had left behind many of the dead bodies souls and spirits within the walls. 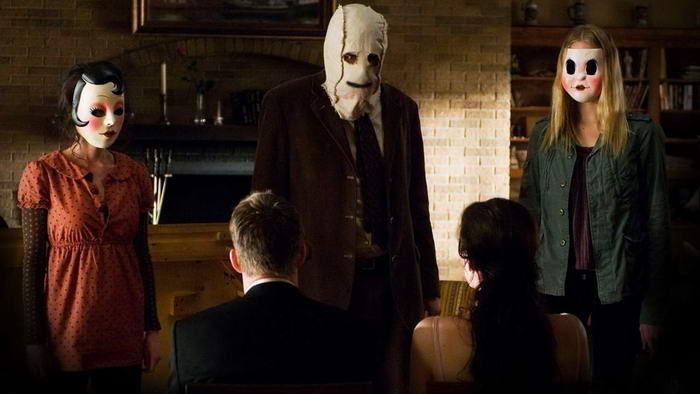 This is another superb film and highly recommended for anyone who is into horror. It tells the story of a couple who are terrorised in their own home by masked strangers for a whole night before being tied up and killed by them. Not one for the faint hearted, it will certainly make you think twice before answering the door again!
What is quite intriguing about this is that it is based partly on an experience the films director had when young. He was home alone with his sister when a group of strangers knocked on the door, asking for someone who didn’t live there. It later transpired that the strangers had done this to every house on the street, looking for an empty one to rob! The director, Bryan Bertino, mixed this up with the real-life murder of a couple in their own home by the Manson family to get the films central theme.

05 – The Exorcism of Emily Rose 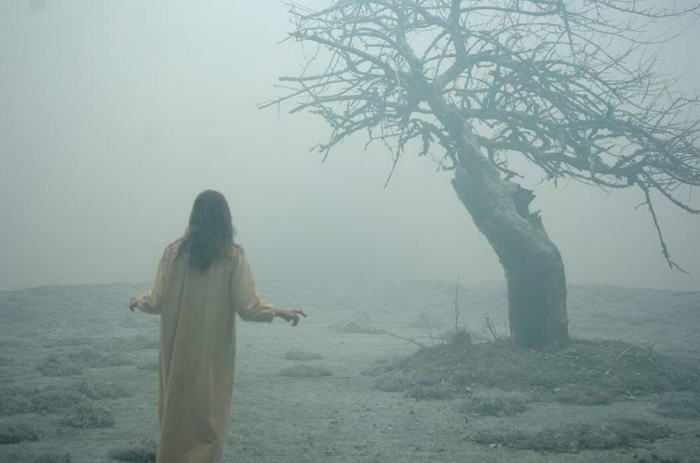 The Exorcism of Emily Rose

Few who have seen this unsettling movie will ever forget it! The story is of a young girl, Emily Rose, who passed away while undergoing an exorcism to free her of demonic possession. The priest who performed the exorcism is charged with her murder and the film sees the priest in court, telling the story of what happened via flashbacks.
The real-life Emily Rose was in fact Anneliese Michel who was born in Germany in 1952. Originally a normal girl who attended church regularly, she suffered a seizure which led her on a downward spiral of depression and strange behavior. What prompted her parents to bring a priest in was that she suddenly developed a hatred for anything related to God or the Church. Eventually, the girl was found dead after 67 exorcisms had been performed with the priest being convicted of manslaughter. 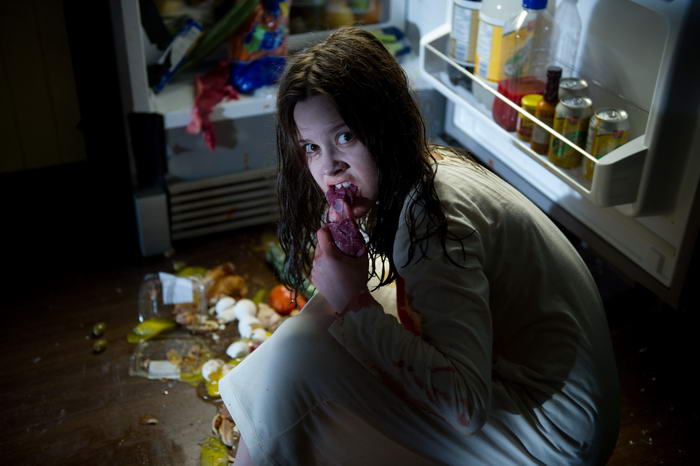 This 2012 masterpiece starred a creepy Jewish box, known as a Dibbuk box. Picked up by the central, young female character in the film, she opens the box to release the evil spirit trapped inside. This leads to all sorts of madness before the spirit is trapped inside again with the help of a Jewish priest.
The original story comes from an excerpt the films writers had seen in the Los Angeles Times. Apparently, a real life Dibbuk box had been put up for sale on eBay, along with a list of its previous owners. All the previous owners confirmed that, when they had owned the box, terrifying hallucinations and strange events had followed them around. 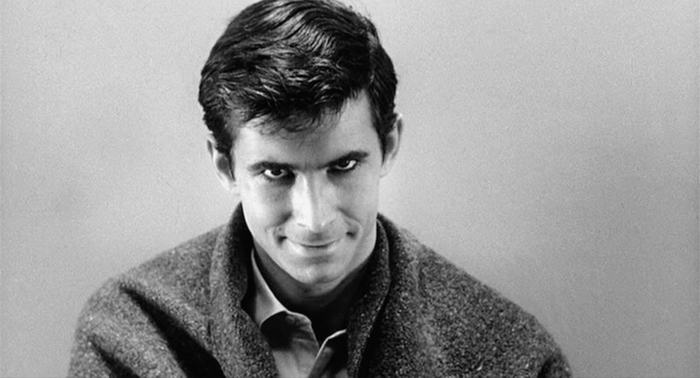 There can be few people on the planet who don’t know this classic Hitchcock film. In it, a young woman checks into the Bates Motel to hide out with money stolen from her boss. Unfortunately for her, the motel is run by a complete nutcase, Norman Bates. After murdering her and the investigator sent to find her, the film builds to a brilliant climax.
It is thought that the film was based on the life of Ed Gein. A real-life serial killer, Gein would dig up corpses and make clothes from their skin. Police finally caught up with him and discovered his house of horrors after he left a trail of blood leaving a hardware store!

02 – A Nightmare On Elm Street 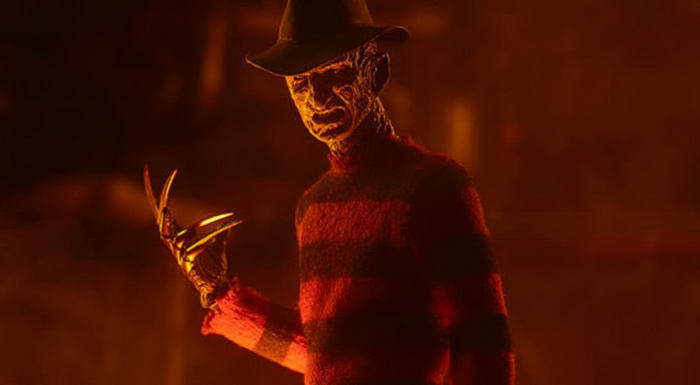 A Nightmare On Elm Street

A true classic of the 1980’s, this film has Freddy Krueger in it who is one of the best horror villains ever! Who can forget his burnt face or razor-sharp claws on one hand?! In the film, Krueger comes back to haunt the children of a town that killed him when they sleep. It is a great film still and one that spawned many sequels.
The background to the movie is mainly based around stories involving Asian children who moved to Los Angeles in the early 1980’s. 13 unrelated boys from Laos had been found dead in their sleep by the authorities, with no medical explanation for why. There was also the case of a young boy also from Laos who was scared of going to sleep. After days of avoiding it, he finally succumbed but was found dead the next morning by his family. 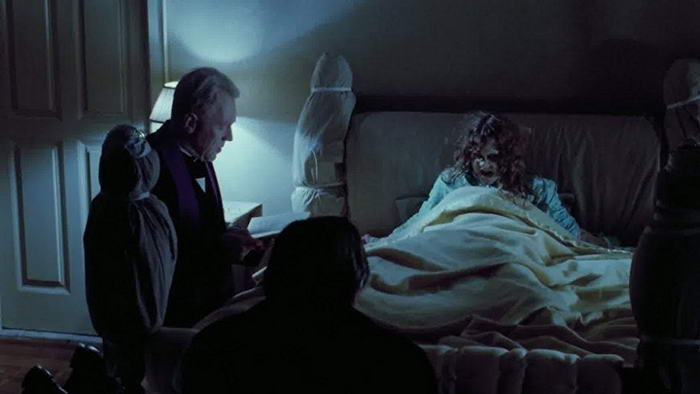 Top of our list we have this amazing film that is a must see! In it, a young girl called Regan is possessed by a demonic spirit and her mother has to call the titular exorcist in to free her. Although the priest dies in the process, it succeeds, and the family move away to start a new life. Full of great scenes and a spooky atmosphere, it has aged really well.
It was actually based on a news story of a boy known only as Robbie in 1949. Robbie had lived with his grandmother and had frequently used a Ouija board with her. After his grandmother’s death, Robbie began to show real life signs of possession which led to an exorcist being called in. This didn’t work and Robbie eventually ended up in a mental hospital for a while. What is amazing is that one day, out of the blue, the word ‘Exit’ suddenly appeared on his body and he was totally normal again.

There is an old saying that fact is stranger than fiction – the above movies certainly seem to bear that out! While most horror films are complete fiction, the above examples show that sometimes real-life can be just as terrifying as anything we can imagine.