Here is another unforgettable Seinfeld character. Cosmo Kramer (Michael Richards) character is based on Larry David’s former neighbor across the hall. As you know from our George Costanza list, George character is based on Larry David’s himself. On the show, Kramer was Jerry’s next door neighbor too. He is an unemployed man, but he has lots of ”creative” investment ideas to get rich. For example one of his ideas was a fragrance with ocean flavor which Calvin Klein did use in later episodes. Another ”good” one was a pizza place, where customers make their own pizza. Well, that idea never take place like most of his other extraordinary ideas. You won’t forget him with his upright hair style, vintage wardrobe, his cuban cigar love. Check out 10 Most Hilarious Cosmo Kramer Quotes below. I might continue with Jerry Seinfeld next time… 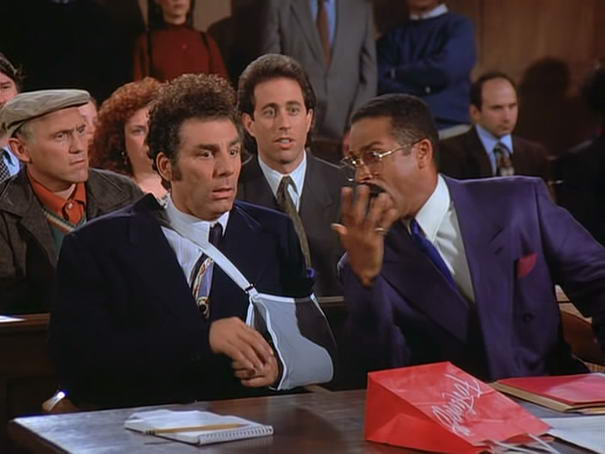 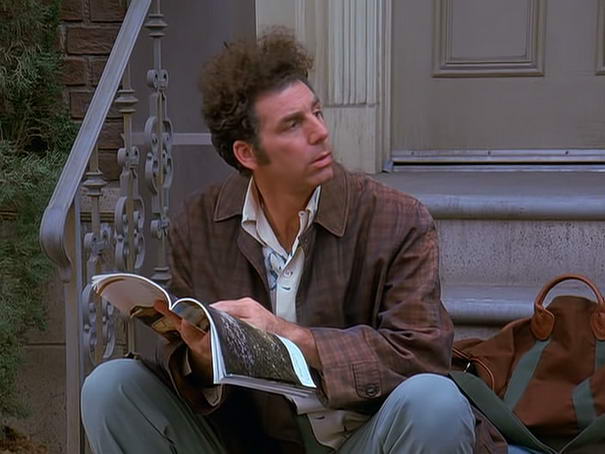 George: I hate this mall, there are never any spaces here…
Kramer: Why don’t you park in front of the hydrent?
George: What if there’s a fire?
Kramer: Now what are the chances of that? 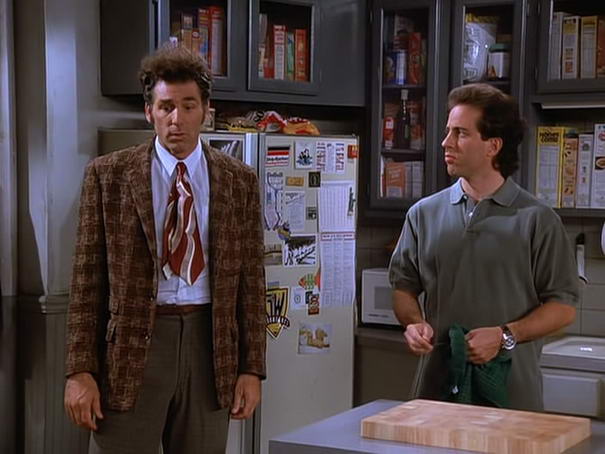 You know what you are? You’re an anti-dentite! It starts with a few jokes and slurs… ‘HEY DENTY!’ Then you will say that dentists should have their own schools! 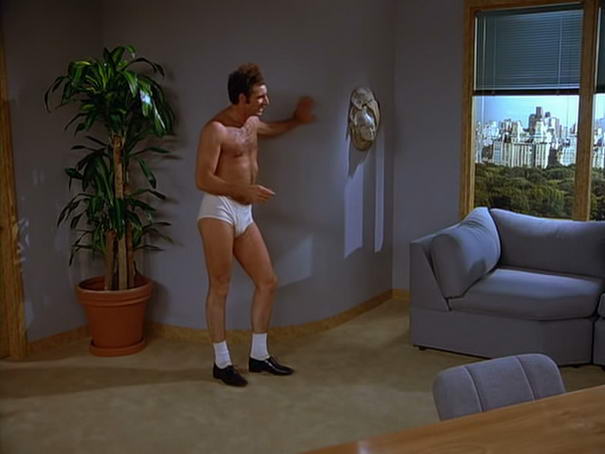 Have you ever met a proctologist? They usually have a very good sense of humor. You meet a proctologist at a party, don’t walk away. Plant yourself there because you will hear the funniest stories you’ve ever heard. 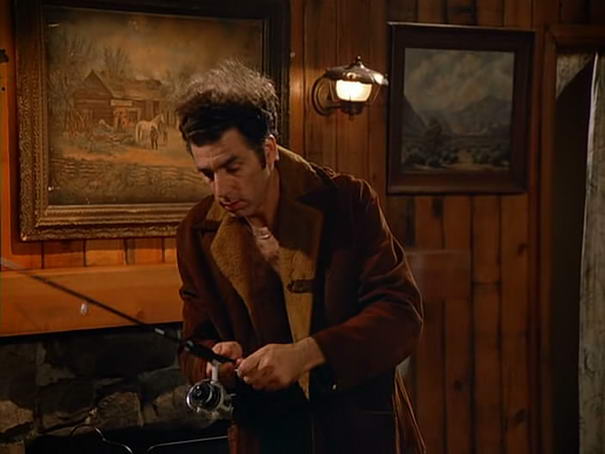 Kramer: Come on, I thought we were all gonna take a steam.
Jerry & George: No! No Steam!
Kramer: Well I don’t wanna sit there naked all by myself! 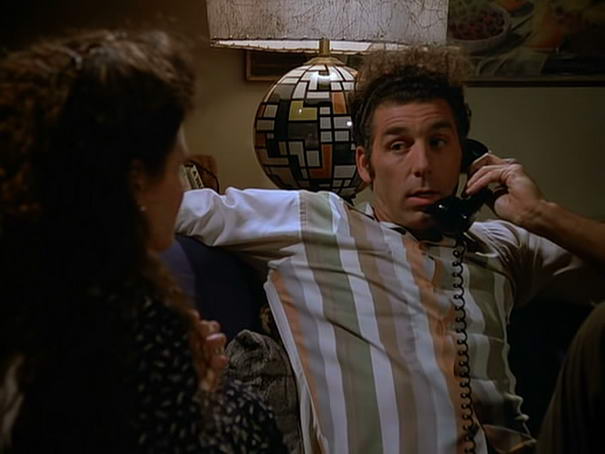 Kramer: THE BEACH!!! (enters the apartment) You smell like the beach. What’s the name of that perfume you’re wearing?
Tia: It’s Ocean by CALVIN KLEIN.
Kramer: CALVIN KLEIN? No, no. That’s my idea. They, they stole my idea. Y’see I had the idea of a cologne that makes you smell like you just came from the beach.
Jerry: I know look at this (shows an ad from CK)
Kramer: (shocked) Whooo! That’s you! What is going on here? The gyp, he laughs at me then he steals my idea. I could have been a millionaire. I could have been a fragrance millionaire, Jerry. They’re not going to get away with this. (leaves) 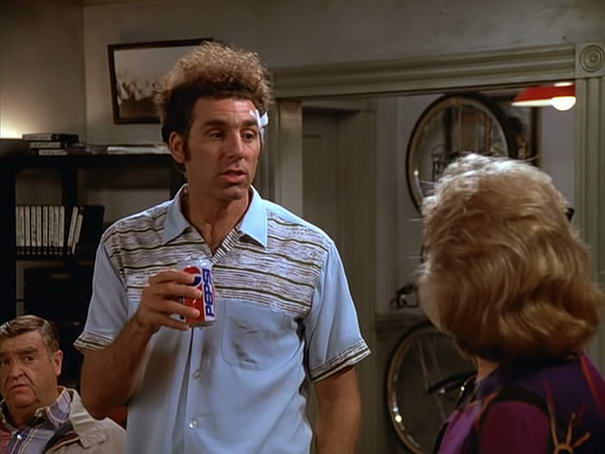 Kramer: You know, things are going pretty well for me here. I met a girl.
Jerry: Kramer, she was murdered!
Kramer: Yeah, well I wasn’t looking for a long term relationship. I was on TV.
George: As a suspect in a serial killing.
Kramer: Ok, yeah, you guys got to put a negative spin on everything. 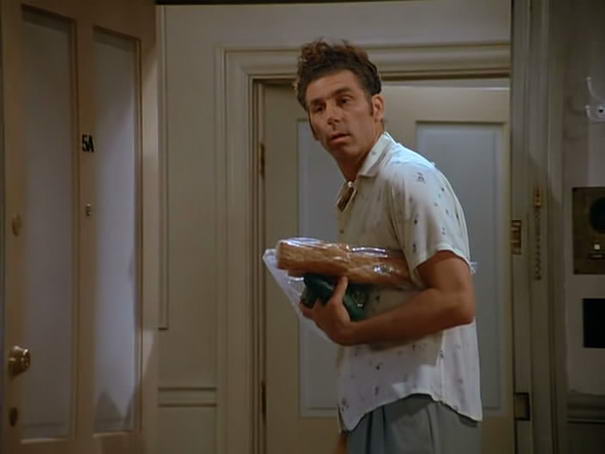 Punk Dude: Hey Kramer, have you ever killed a man?!
Kramer: What do you think Junior? You think these hands – they’ve been soaking in Ivory Liquid?

02 – Breaking Up With His Girlfriend 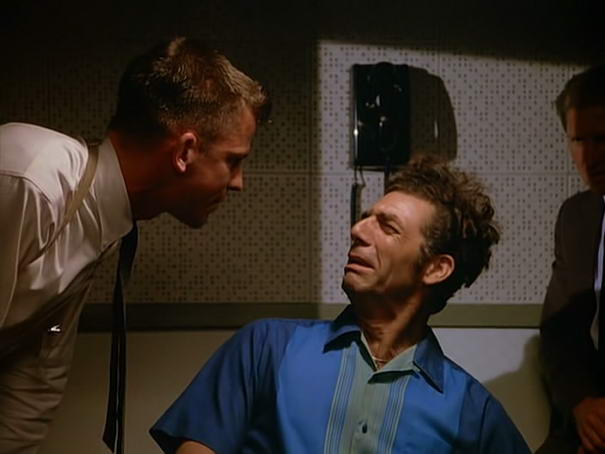 Oh yeah! The sooner the better. I can’t wait to do it. You know how there’s some people you worry about whether or not you’re gonna hurt their feelings? With her, I’m looking forward to it. Boy, I’d like to get it on video. Watch it in slow motion and freeze frame it! 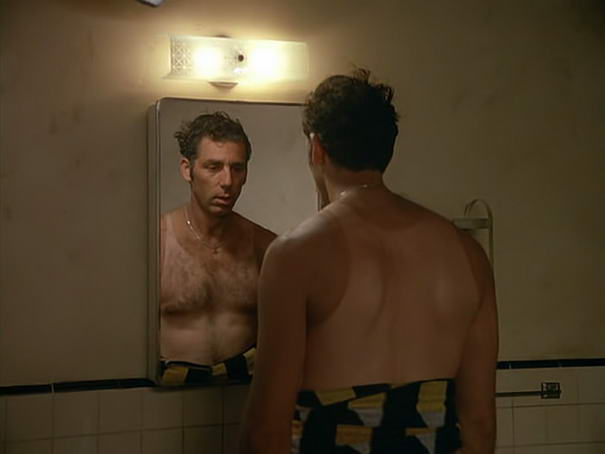 My personal acting technique is working with color. Imagining, then finding the emotional vibrational mood connected to the color. See, if you look through my scripts, you see that all my lines have a special color. So, I don’t memorize language, I memorize colors. This way I can go through red, yellow, green, blue, and you have a full palette of emotions.