As brutal dictators go, Saddam Hussein was up there with the worst. As ruler of Iraq until his disposition by joint British and American forces in 2003, he had many back marks against his name. Of course, as we all now know, harboring weapons of mass destruction was not one, but he certainly committed many other crimes. The main problem with Hussein was that he was basically psychotic and would do anything to hang onto power, which is pretty much the make-up of every dictator who has lived.
As you would expect from such an unusual character, he also had lot of fascinating stories attached to him. Here are ten of the most insane:

10 – His Name Means ‘One Who Confronts’ In Arabic 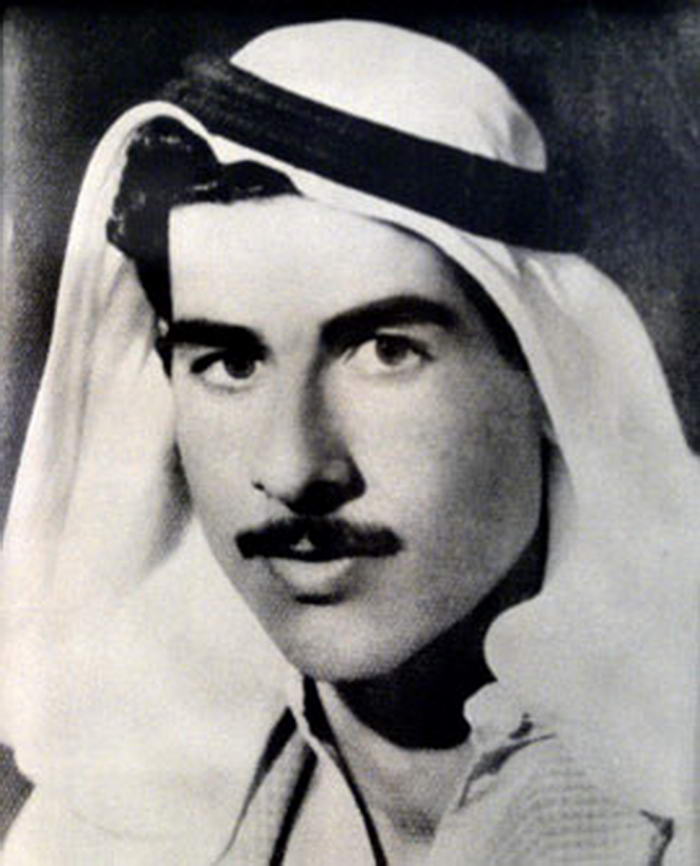 In what was surely a precursor to his future career as a war-monger and violent aggressor, Hussein’s mother named him ‘Saddam’ which means ‘one who confronts’ in Arabic. Although there are other meanings people have attributed to the name, they are all pretty much the same. Whether it is ‘powerful collider’ or ‘powerful confronter’, he was never set for the life of a diplomat it seems! 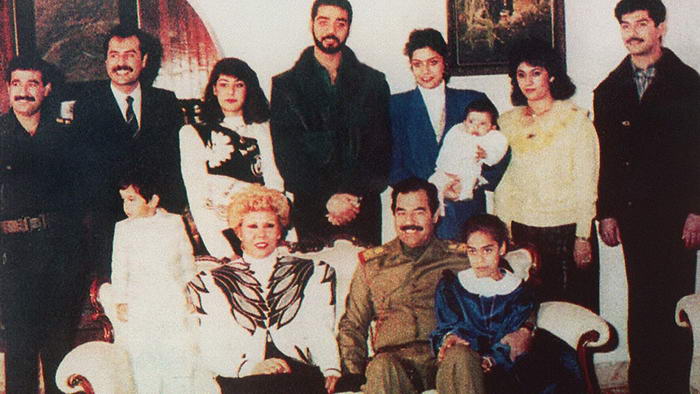 During his life Hussein had two wives, although only one was ever officially recorded. The second un-official wife was called Samira Shahbandar and not related to him in any way. It is the first, officially recorded wife that causes most interest though! This was Sajida Khairallah Talfah who was the crazed mad-man’s cousin. Hussein had actually lived with his cousin’s family since childhood which is where the two became close. Marrying when Saddam was a handsome 21-year old, Sajida was said to be furious about his second wife!

08 – He Was Given The Keys To Detroit 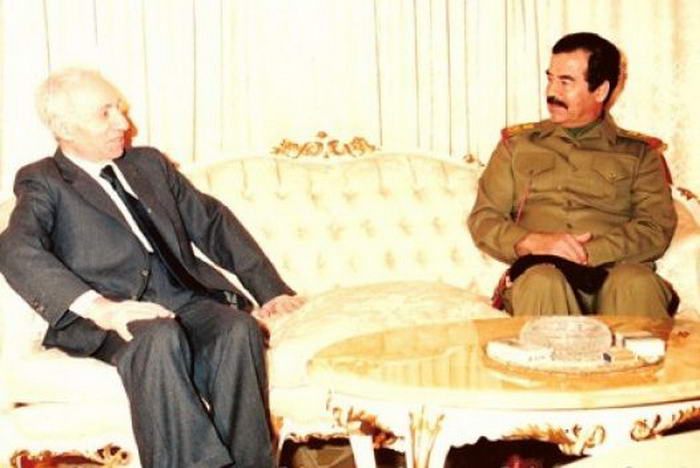 Now this is where we get into the really weird stuff! It is a fact that only 10 people have been given the keys to the American city of Detroit – Saddam Hussein was one of those 10! Before the West decided they wanted him out, it seems they actually got on rather well with Hussein. The honor in Detroit was in recognition for the vast sums of money he had given to a church in the city in 1980. Whether the US asked for it back before the later invasion is not known. 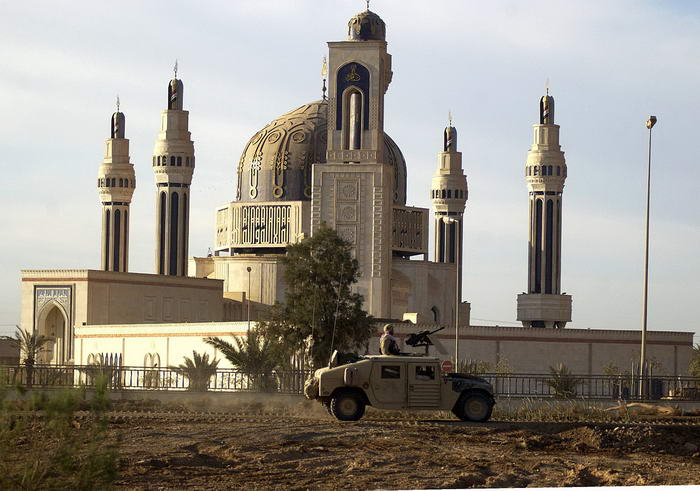 One of the most famous stories around the former Iraqi dictator is the ‘Blood Qur’an’ he owned. It is said that Hussein had a personal copy of the Holy Book written using his own blood in the late 1990’s. Estimates predict that around 50 pints of his blood were needed to complete the full tome by Iraqi author Abbas Shakir Joudi. Speaking about it, Hussein confirmed that he had asked for the book to be written in his own blood to thank God for helping him through the many dangers he had faced in his life. Most people would just say a prayer but each to their own I guess!

06 – He Claimed That Iraq Won The First Gulf War 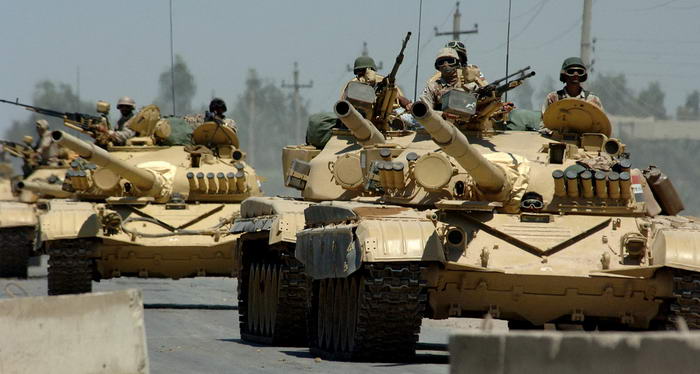 Of course, the 2003 invasion was not the first scrap Hussein had gotten into with the West. Before that, he had taken on the US and British forces again in the First Gulf War. This took place in the early 1990’s and was triggered by his own invasion of Kuwait. It turned out to be a pretty easy victory for the Coalition forces who soon defeated the Iraqi army and took Kuwait back. Interestingly, Hussein would not accept that Iraq had lost and claimed a victory to his dying day.

05 – His Cousin ‘Chemical Ali’ Was As Deadly As He Was 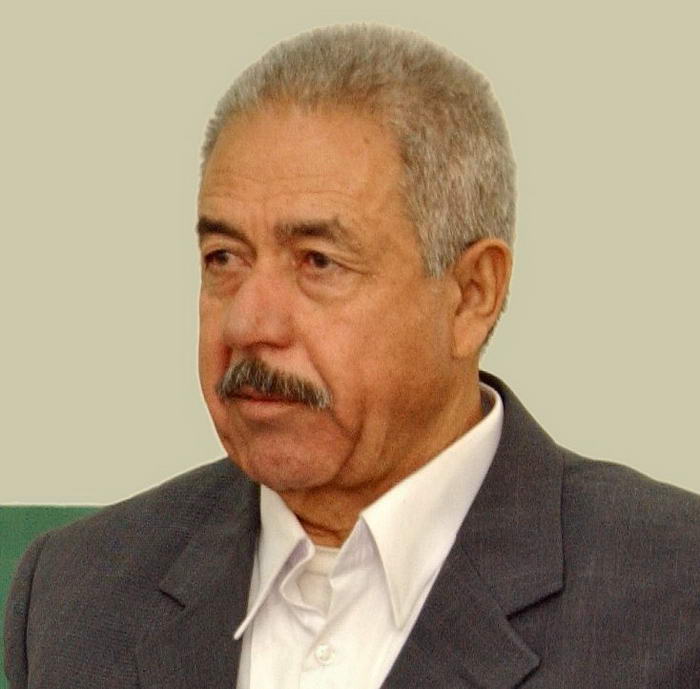 Although Hussein was the main figure-head of the regime in Iraq, he had many brutal supporters in his party ranks to do his evil bidding. One prominent one was Ali Hassan al-Majid, commonly known as ‘Chemical Ali’. Hussein used Ali to commit many of the atrocities against the Kurds in the North and Shia dissidents in the south of Iraq. Ali used many terrible chemical weapons such as sarin, tabun and VX against the state’s enemies which gave him the nickname he acquired. It is thought that by the time he finished, the number of Kurds killed was 180,000 in all.

04 – He Offered To Debate George W Bush Live On TV 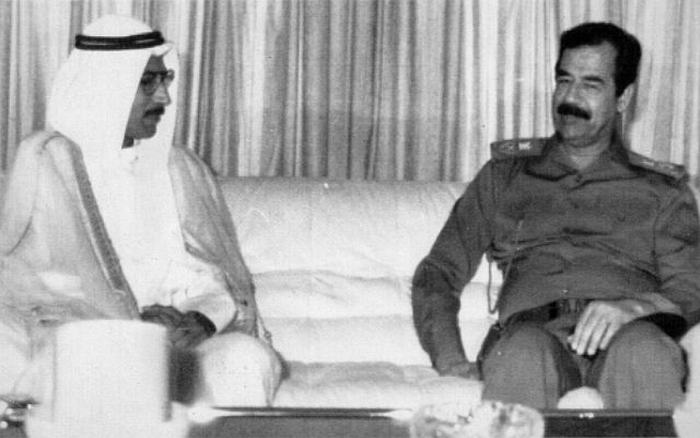 Now, this is one debate we would have loved to see! Just weeks before the US led coalition invaded Iraq in 2003, Hussein made an attempt to smooth the waters. Speaking to CBS news anchor Dan Rather in February 2003, he confirmed Iraq had no weapons of mass destruction and wanted a live TV debate with George W Bush on the subject. Although the showdown never occurred, it would have made a fascinating encounter to watch. 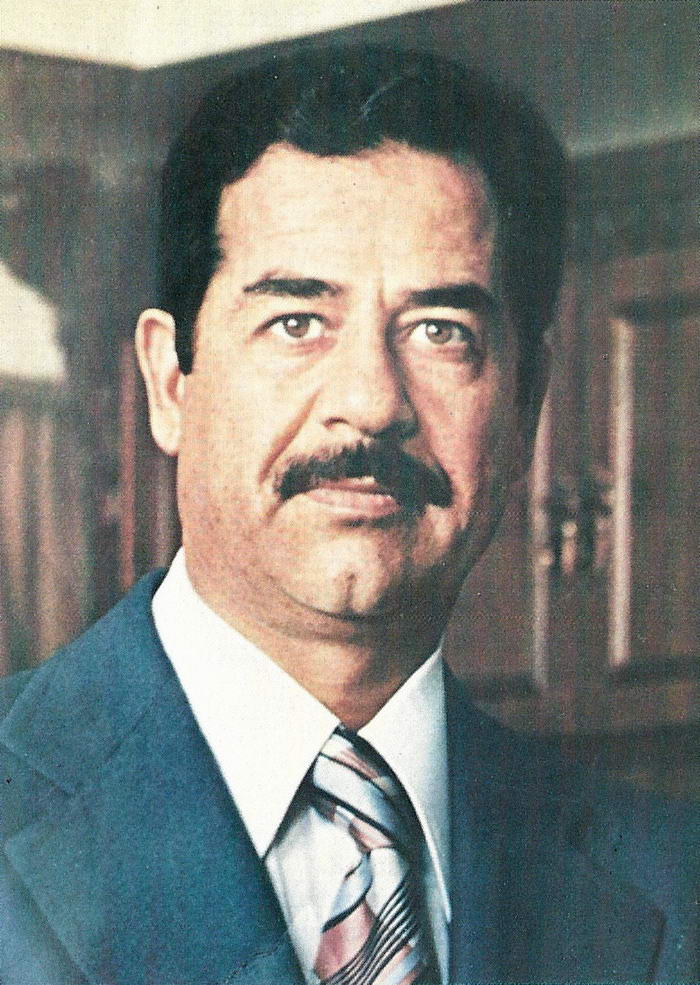 As noted previously, at one point in the 1980’s Hussein was seen in a totally different light by many in the West. Nowhere was this more evident than the UNESCO award he was given in 1982 for raising living standards in Iraq. As well as providing financial aid to the poorest in the country, he also set up free schools all over Iraq to educate people. It was just a shame that at the same time he was doing that, he was also gassing many ethnic minorities in the country to death.

02 – His Retribution Against The March Arabs Was Brutal 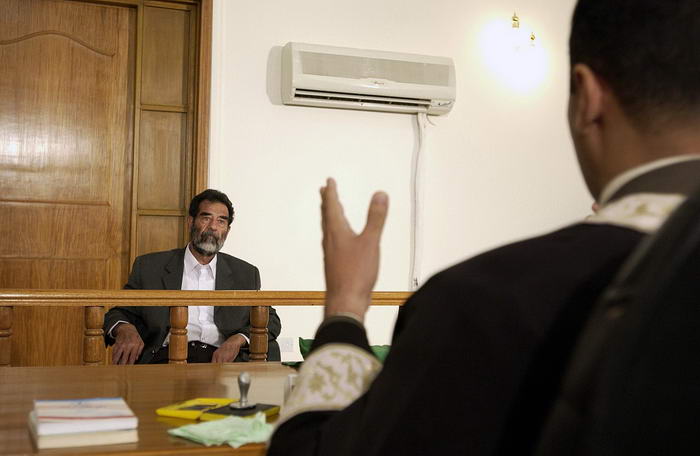 The so-called ‘Marsh Arabs’ were inhabitants of the Tigris-Euphrates marshlands in the south and east of Iraq. In 1991, they were the main group behind a popular uprising in the country against Hussein. Unfortunately for them, their attempted coup failed, and it left them at the mercy of an angry Saddam. In retaliation, Hussein ordered the marshes that gave them a living and homes drained, forcing them to leave an area they had lived in for thousands of years. If he was one thing, he was certainly not a man to be crossed!

01 – He Went On Hunger Strike When He Was On Trial 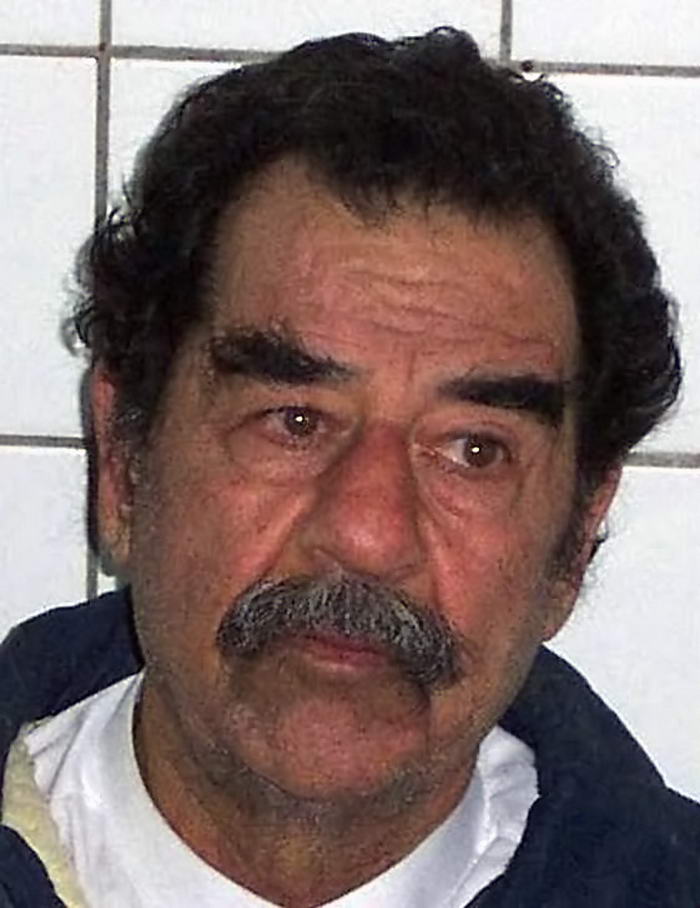 After the US led coalition won the second Gulf war in 2003, Hussein was caught hiding out in a farmhouse in Tikrit. Immediately, he was arrested and charged with various crimes related to the atrocities committed when he was in power. Hussein reacted by claiming he was still the official President of Iraq and that the arresting forces had no authority to convict him. When this was refused by the international community, he went on hunger strike in protest. This didn’t work though – he was eventually found guilty and hung in 2006.

Although the many crimes he committed when President of Iraq were rightly punished, Saddam Hussein was still an interesting character. The many facts above show just what a complicated man he was and how ruthless. It also shows just how quickly the political climate can change – one minute Hussein was America’s friend in the 1980’s but in a few short years, he became public enemy number 1.