If there is one thing that is not in doubt, there is the fact that Attila the Hun was one kick-ass dude! With a nickname like ‘The Scourge of God’, which was given to him by the Romans he terrorised, you know he wasn’t to be messed with. A great warrior and military leader, he was also pretty good at diplomacy and negotiations – this mix made him one of the greatest leaders ever in the ancient world.
The Huns were a tribe of people from Central Asia and after becoming their ruler, Attila oversaw their empire which stretched from the Black Sea to Central Europe. He was greatly respected by the Huns he led and feared by all his enemies, especially the aforementioned Romans, who he gained many victories over.
Here’s ten of the most interesting and dope facts about this great military leader: 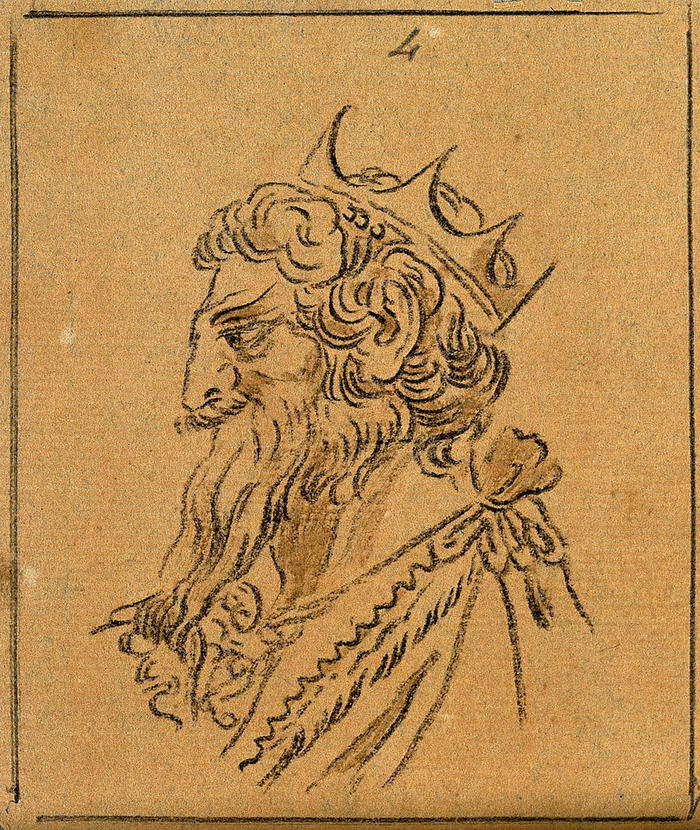 Attila the Hun – See page for author [CC BY 4.0], via Wikimedia Commons

I’m only putting this in because he’s not around to beat me up anymore! However, it seems that Attila wasn’t going to be winning any beauty contests in his prime. The Roman diplomat and historian Priscus described him as a short man with a large head and deep-set eyes. He had a thin, wispy beard and a flat nose to add to the overall charm. Now, there is every chance he had a personality of such vigour and vim that it overcame these physical drawbacks but on looks alone, he was one ugly dude!

09 – His Uncle Rugila Led The Huns Before Him 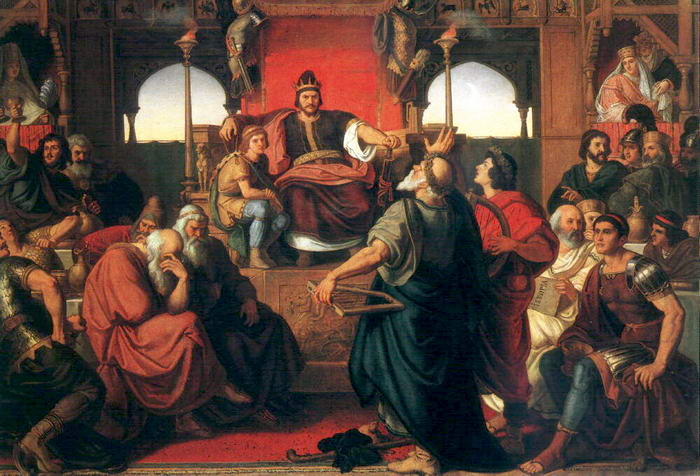 The Huns were a tribe who lived in Europe and Central Asia from around 1st to 7th Century A.D. Before our physically challenged friend Attila took over, his uncle Rugila was their leader. Rugila took over sole charge of the Hunnic empire in 430 A.D. after jointly ruling previously with King Octar until he died. Blessed with the same love for scrapping with Romans as Attila, he scored many early victories over Rome and is considered an important front runner for what was to follow with his nephew.

08 – He Negotiated the ‘Treaty of Margus’ 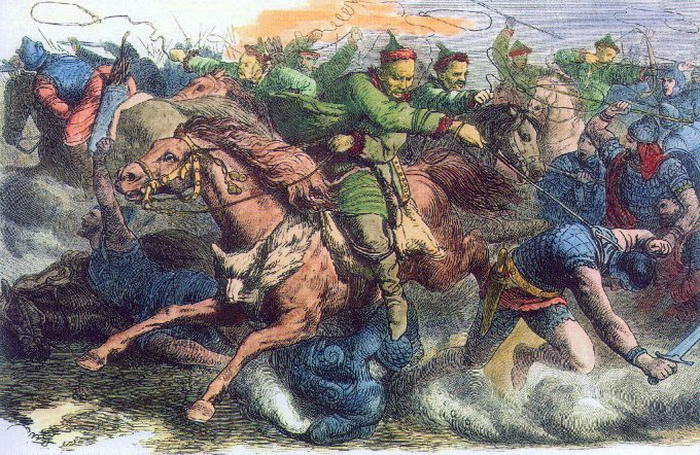 Remember we said he was a pretty cool diplomat and negotiator? Well the unbelievable ‘Treaty of Margus’ he got signed off by the Eastern Roman Empire is fine proof of that. Of course, it did help that his penchant for fighting and his victories in battle against Rome had given him the upper hand going into cutting the treaty. However, he still managed to pull off something pretty amazing in terms of what the Huns got out of it. It was agreed that the Roman Empire would pay the Huns 300 kilograms of gold every year, open their markets to Hun traders and also pay an 8-gold coin ransom for every Roman prisoner they captured. 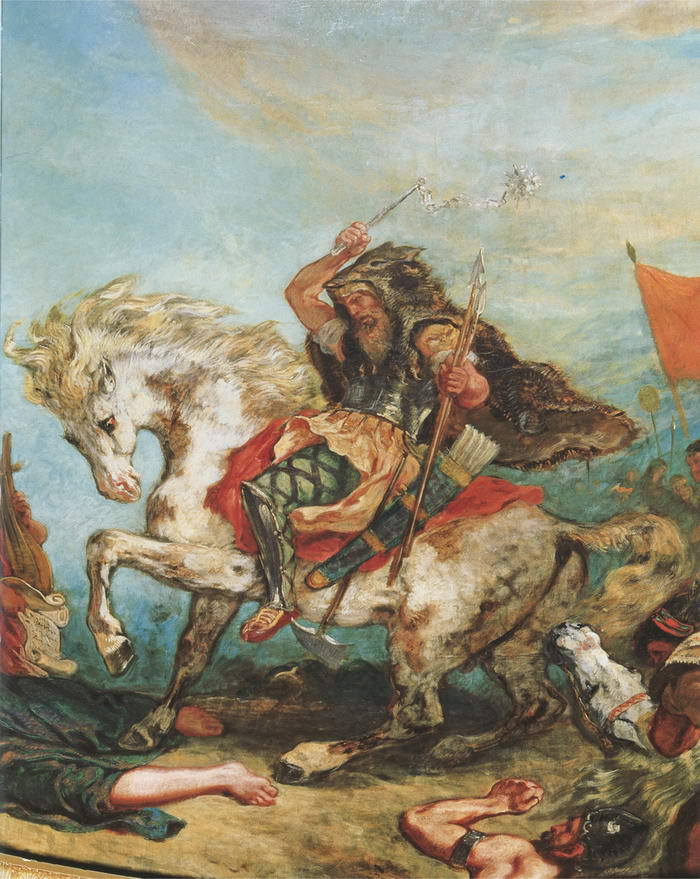 We do need to qualify this point a little bit to be fair to the Romans. While it is true that the above ‘Treaty of Margus’ was broken by them for failing to pay their yearly 300 kilograms of gold, this was only because the Huns attacked and destroyed a Roman fort. Following these events war broke out between Rome and the Huns.
Ably led by Attila and with help from his brother Bleda, they defeated the Romans at a number of battles. The final straw was the ‘Battle of Chersonesus’ were a significant portion of the whole Eastern Roman army was wiped out. 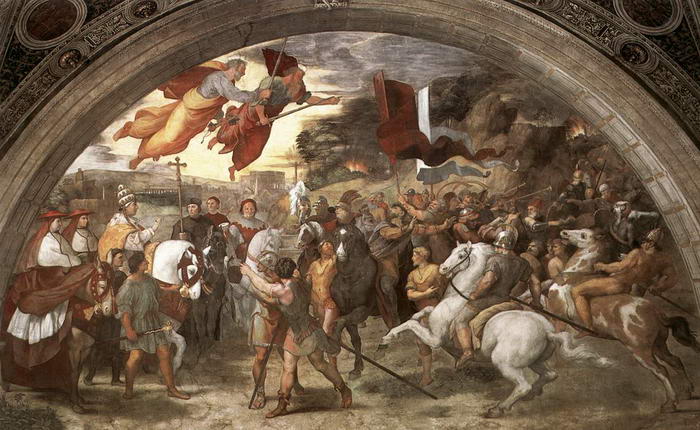 While this has never been proved beyond doubt, many historians suspect that Attila killed his own brother to remain in sole charge of the Huns and avoid any challenge from him. Bleda, his brother, was an integral part of the Huns success as right-hand man to Attila and it seems this set alarm bells ringing in that he might be too good. It is thought Bleda died or was killed around 445 A.D. and this act left Attila as undisputed King of the Huns with all the wealth and power that brought. Unfortunately for Attila he was still ugly as sin. While it might seem fanciful that he would kill his own brother, with a personality best described as cruel, it is not impossible. 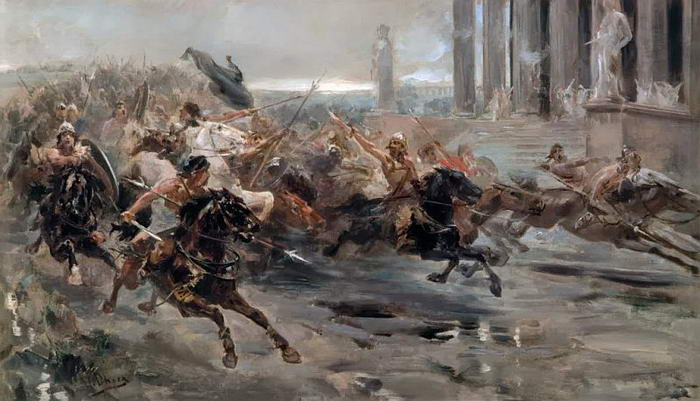 04 – He Was Only Defeated In Battle Once 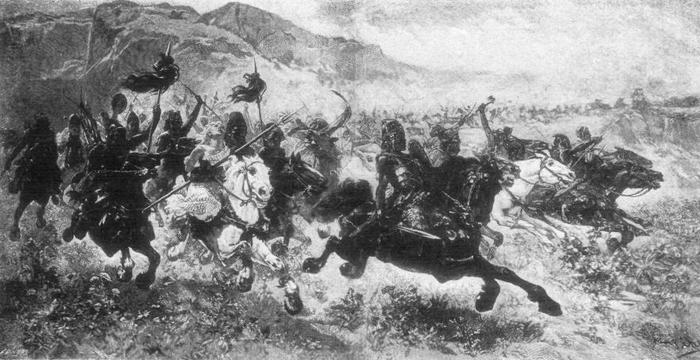 For such a fierce and well-respected warrior, this is no surprise. Not only was he great at stabbing people with sharp things but he had a very clever tactical mind that he used to guide the Huns to numerous victories.
After marching west into what is now France, the Romans and Visigoths joined forces to stop him. This resulted in the ‘Battle of the Catalaunian Plains’ in which the fierce fighting led to Attila’s one and only defeat. There is no confirmation as to if he blamed the weather or a bad prawn for putting him off but whatever happened, they managed to beat him there.

03 – He Withdrew From Italy When Set To Crush The Romans 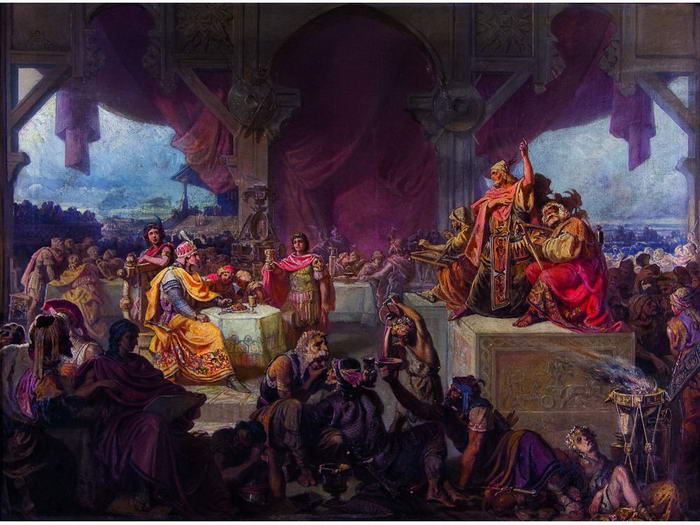 This is a really strange one when you consider he basically hated the Romans and spent much of his life fighting them. Even historians cannot say why he acted as he did with any certainty. What we do know is that after deciding to march on Rome, Attila quickly led his Hun army over the border and took cities like Verona and Milan.
There was nothing to stop Attila taking his army all the way to Rome and snuffing out the empire but he suddenly stopped and retreated. It all seems to hinge on a Roman envoy of three diplomats who went to see him, one of whom was Pope Leo I. Whatever was said, Attila turned the Hun army around and left Italy alone. 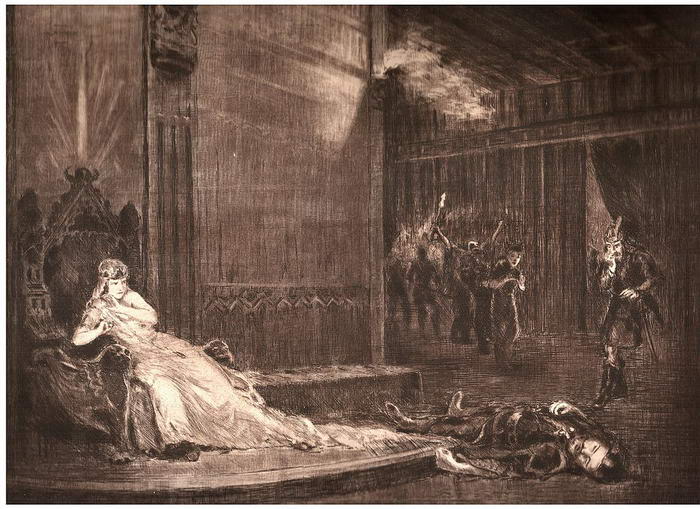 Oh, the ignominy of it all! Just imagine – you’re a fierce warrior of a proud nation so when it’s time to go, you want to go with pride. Unfortunately for Attila it was rather a damp squib as he died from a simple nosebleed. It is thought he was asleep when it occurred on the eve of one of his many marriages and he slipped away in his bed.

01 – He Was The Hunnic Empire’s Best Leader Ever 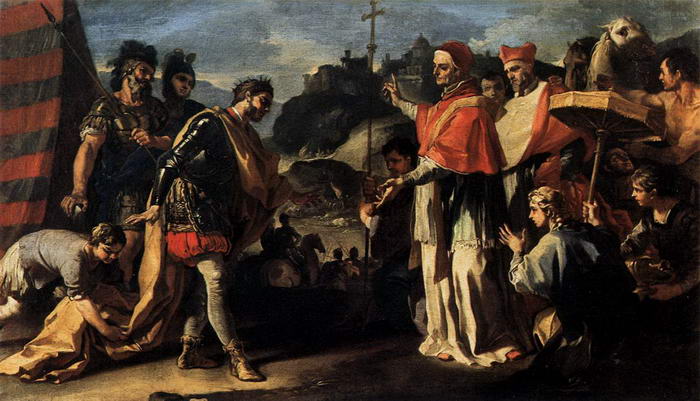 It is really in doubt that Attila was the Huns most revered and successful leader. After his death, the Hunnic empire was divided amongst his sons but it soon dissolved and collapsed. This shows just how strong and clever Attila was as he had single-handedly ruled the whole thing for years with no problem. Although he wasn’t what you would call a nice man, he is definitely the most successful the Huns have ever had on the throne. For one man to effectively bring the whole Roman Empire to its knees is unheard of and not an achievement to be dismissed lightly.

So, there we have it – ten of the most kick-ass things you need to know about Attila the Hun. A great diplomat, military ruler and fighter, it was said that the grass never grew where his horse had ridden. The Hun empire was at its absolute peak with him in charge and after he died, it saw a slow demise that it never recovered from.