One thing is for sure – you don’t get a nickname like ‘Ivan the Terrible’ for being an all-round great guy! As befits such a moniker, this Russian ruler was about as crazy, dangerous and mad as they come. Officially known as Ivan IV, he became the Tsar of all Russia in 1547. His reign of terror lasted until 1584 – by that time, everyone in Russia was glad to see the back of him. Even for a region that has produced its fair share of tyrants, this guy was pretty extreme.
Here are ten of the most blood curdling facts about the life of Ivan the Terrible: 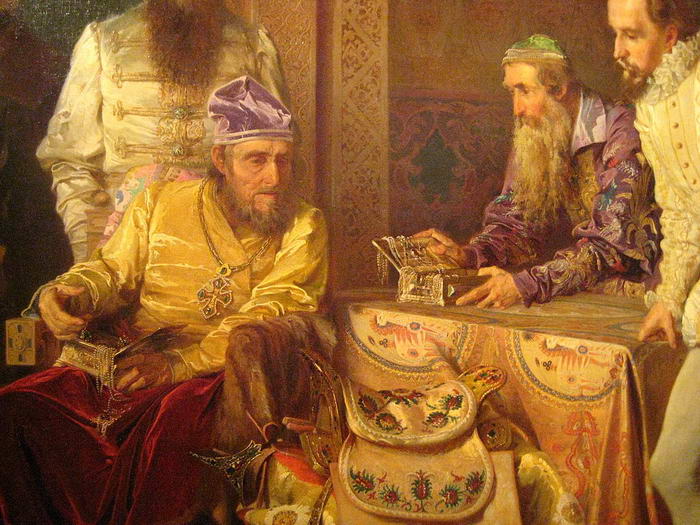 The title of Tsar within Russia was a coveted one and it basically meant the same as King. It gave whoever held that position the power to rule over all Russia with impunity and to do whatever they wanted. Ivan was the very first ruler to take on the title of Tsar though – before him, all rulers of the region were known as Grand Princes.
It is thought he did this to ally himself with the Roman tradition of Caesars whose power came directly from God and couldn’t be questioned. It also helped Russia’s international standing greatly with other countries.

09 – He Started Off In A Progressive Way 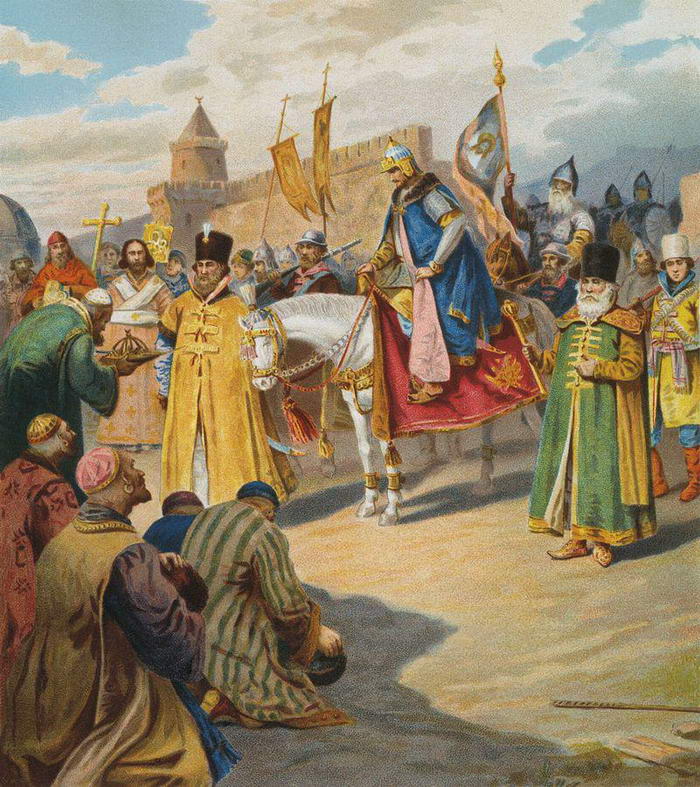 It is somewhat surprising given his overall reign, that Ivan actually began his rule in a progressive, gentle manner. From 1549-1560, he brought the country together as one to help manage it more fairly. The government he did this with were called the Elected Rada and were made up of confidants, the clergy and aristocrats. Although it was successful, Ivan later dissolved it so he could rule solely without any interference. This is probably when he really began to go off the rails, with no-one able to stop him from making unwise decisions. 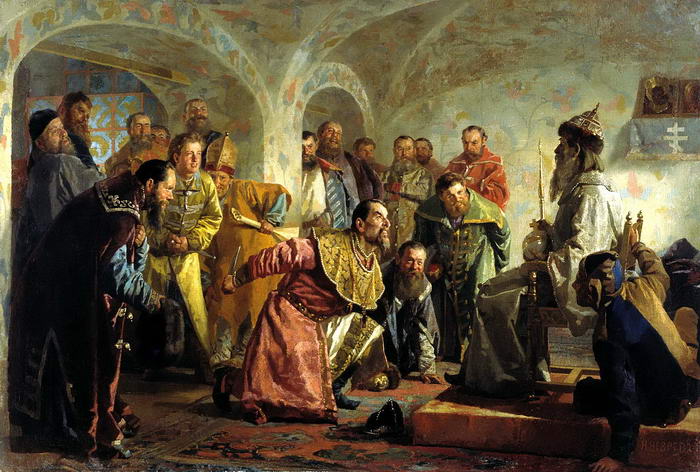 After the Elected Rada went its merry way, an era of cruel repressions was ushered in by Ivan. He divided Russia up into individual areas, governed directly by him or by his government officials known as Boyars. The real terror was in the regions directly ruled by Ivan and his feared bodyguards, the Oprichnina. These bodyguards dressed like monks and had a symbol that was a dog’s head with a broom. The purge that happened in these regions was very cruel and thought to have seen around 5,000 people killed. 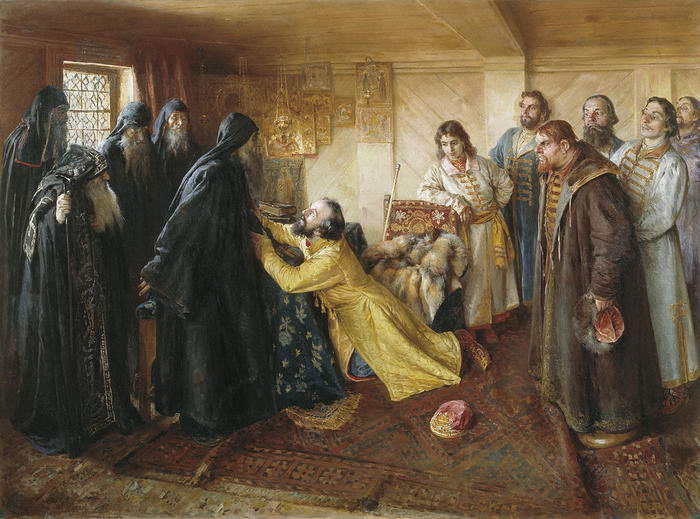 Like a lot of rulers (even to this day!), Ivan The Terrible loved going to war to try to gain new territory. This was usually very successful and lead to Russia making great gains. He defeated the Khanates of Kazan and Astrakhan along with the Urals and all of Siberia. It did not always go his way though – they lost the Livonian War under Ivan’s rule and also had much trouble with the Crimean Tatars. These Tatars even raided Moscow once and burned everything in sight bar the Kremlin!

06 – Paranoid Is An Understatement 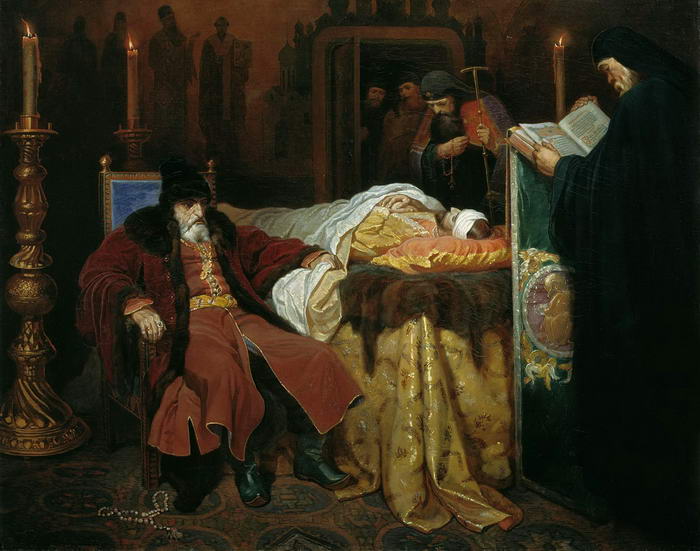 Ivan the Terrible near the body of his son – Vyacheslav Schwarz [Public domain or Public domain], via Wikimedia Commons

Ivan shared another trait with most psychotic rulers of the time – he was totally paranoid and suspicious of all around him. He was also a conflicted character as his stance on the church showed. He was highly religious yet would have priests killed on a whim if the upset him! He did not trust anyone – even family would not be above his crazed rantings. Perhaps he feared assassination or perhaps he was just mad as a hatter – the truth is, it could have been either!

05 – Ivan Was Vindictive and Sick 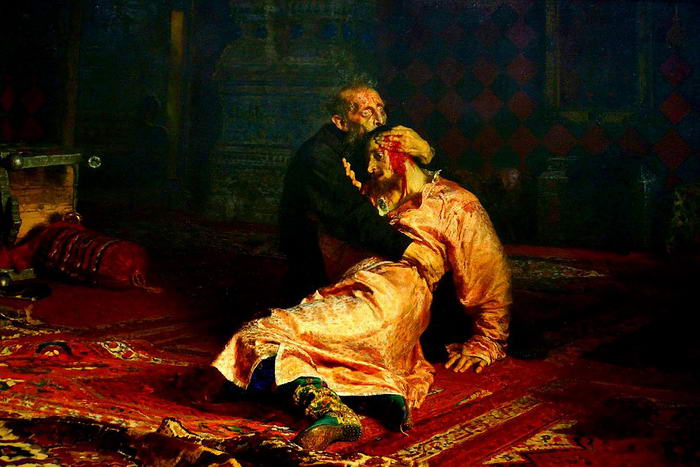 Ivan the Terrible and His Son – Ilya Repin [Public domain], via Wikimedia Commons

As well as being paranoid, the first Tsar was also very nasty and vindictive. This didn’t really make for a good mix as his terrible actions as ruler showed. He believed any slaves were his to admire and to kill in any way he devised. Ivan came up with many terrible ways to kill them, hence his nickname. The already mentioned repression of the population in areas he controlled was bad too as was his raid on the city of Novgorod were thousands of innocent people died. It is no overstatement to say that he was probably mentally ill and certainly a megalomaniac.

04 – Ivan Had a Rough Time Growing Up 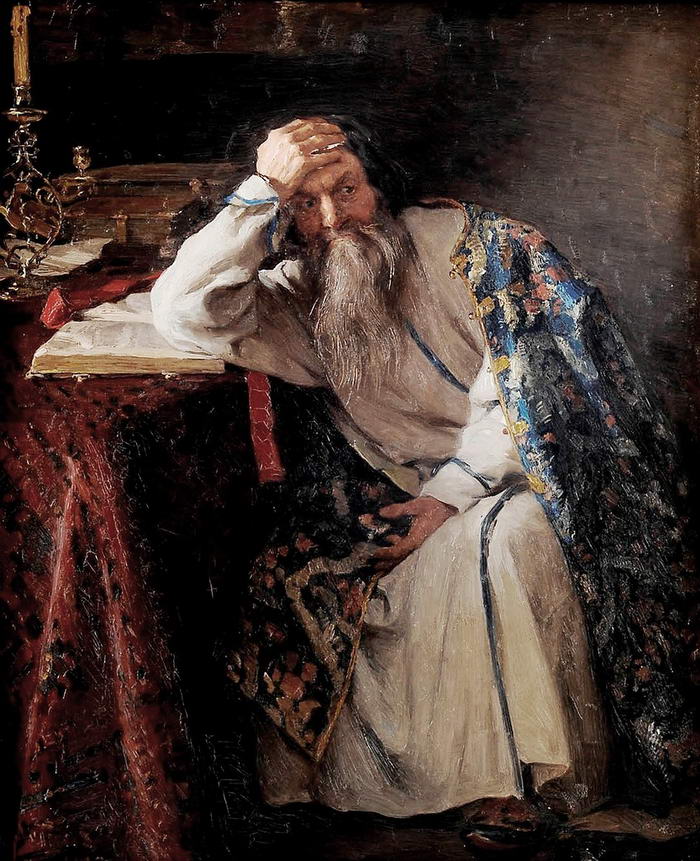 It is no surprise to see that the first Tsar of Russia did not have a happy childhood. As with most people in this boat, he seemed to carry this through his life and perhaps his rage was this unhappiness coming out. His father died when he was just 3 at which point he was officially in charge of the country. Of course, he was too young to rule then so other influential figures looked after it for him.
Growing up, he was neglected by the people tasked to look after him and frequently went hungry. This type of experience when young seemed to harden his character and set him on the path his life would eventually take.

03 – He Had A Somewhat Unhappy Personal Life 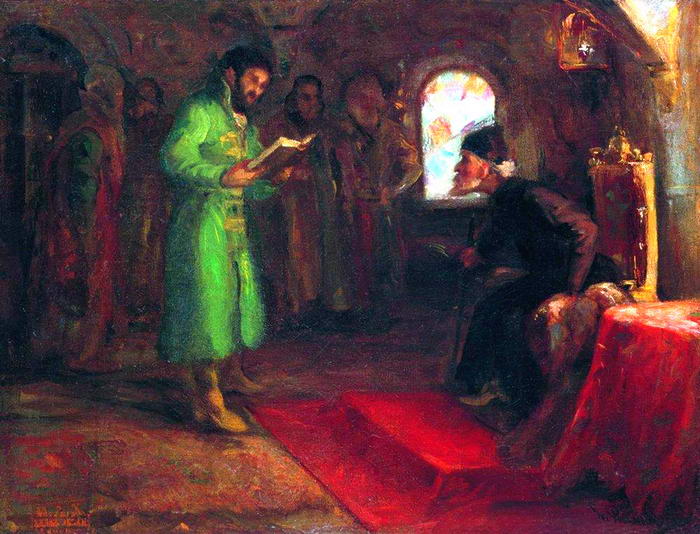 You would think with all the money and power being Tsar brought, Ivan would be happy. But his wasn’t the case at all it seems. He went through women fast and ended up getting married 6 times. Although he had 8 children, most of whom died. Some were in infancy from the usual diseases of the time but not all. One infamous story is that Ivan killed one of his sons in a fit of temper after arguing with him. Ivan got so mad he whacked him over the head with a 30-pound iron bar and that was the end of him! 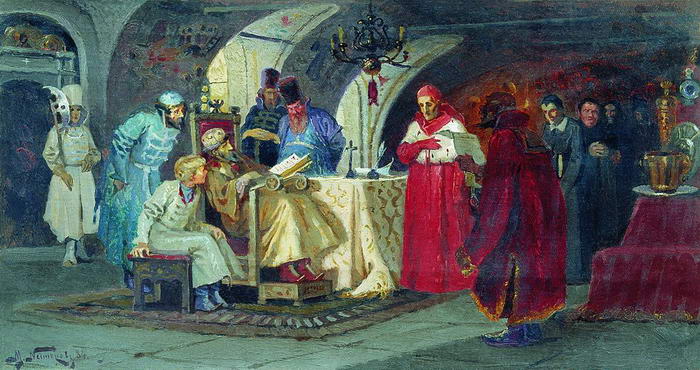 One of the great unanswered questions around Ivan the Terrible is just how he died. Many have previously thought that he was poisoned when playing chess and passed on this way. New theories though debunk this and believe it to be false. Some now believe he merely became ill while playing chess through natural causes and died in bed later that night. Whether the mystery will ever be fully solved is anyone’s guess?! 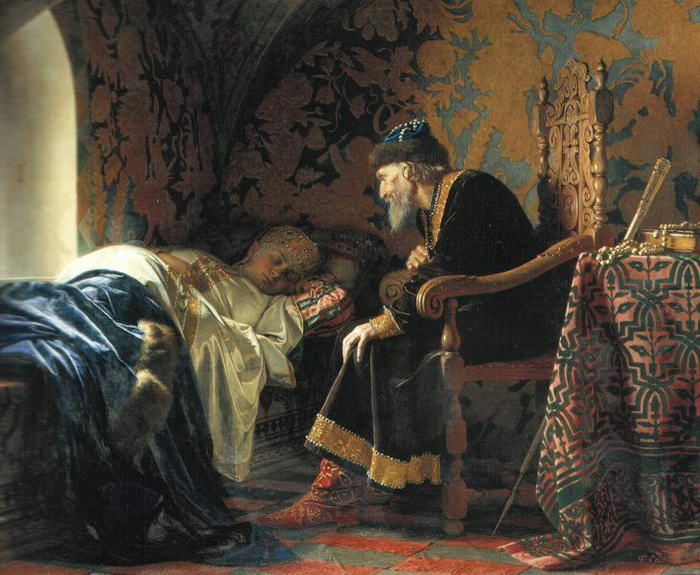 This is really a bad thing to do and shows just why he has gone down in history with the reputation he has. After another heated argument (he did seem to love them!) with his son’s pregnant wife, he viciously beat her. This attack caused her to miscarry and lose the grandchild she was due to give him. Rather than being remorseful, Ivan showed little sympathy for her or his own son. In fact, the fight in which he whacked his own son over the head and killed him was a result of this beating of a pregnant woman.
Sometimes people go down in history with names or reputations that are fanciful, or they don’t deserve. However, in this case Ivan ‘The Terrible’ seems pretty apt! A crazed, cruel and dangerous man, he shouldn’t have been allowed to rule anything – certainly not a whole country. Although he did turn Russia into the modern Empire we now know, at what cost did it come?