Established in 1139, the Knights Templar were (and in fact still are!) one of the most fascinating secret orders in history. Also known as ‘The Order of Solomon’s Temple’, they grew from their small origins to become a very powerful organisation. Originally founded to protect Christian travellers in the Holy Land, they were a favoured charity with Christians who bestowed much treasure and money onto them. Feared warriors, the sight of them in their white mantle with a red cross on was welcome for many a Christian in danger abroad.
Shrouded in mystery and legend, partly due to the inherent secrecy of the order, not much is known about them for sure. Here are ten of the more interesting facts we do have on them though: As an illustration of its popularity, at its peak the Knights Templar numbered around 20,000 men. Some were warriors while others looked after the financial side of things or were medics. The leader was known as the Grandmaster and he had the final say on every decision in relation to the Templar’s actions. His deputy, known as the Seneschal, was a right-hand man who would provide counsel and advice when thinking about what course of action to take. Beyond them were the Marshalls who looked after the individual groups of Knights in battle.

09 – They Were The Fore-Runners To The Modern Bank 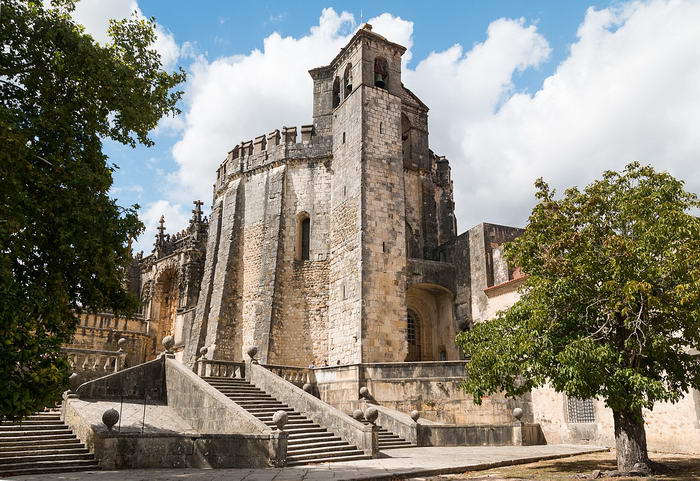 Amazingly enough, considering when they were in operation, they used many innovative financial techniques that modern banking borrowed from. One key condition of joining them was that men had to give up all money and land to the Order when they were allowed in. As you can imagine, this soon meant they built up a huge fortune to fall back on and they had to devise a banking system to manage this. Many non-combatant Knights were involved in this side of the operation for the Templar’s.

08 – They Built Many Buildings Across Europe 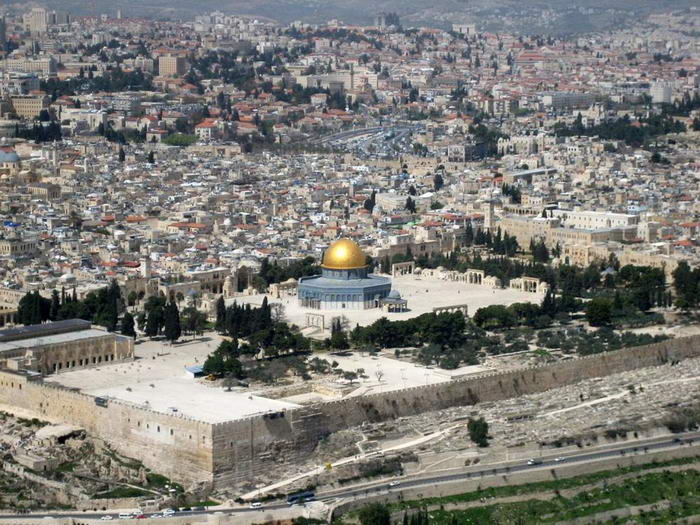 Temple mount – אסף.צ from he [GFDL or CC-BY-SA-3.0], via Wikimedia Commons

The Knights Templar operated throughout Europe in their chief aim of giving pilgrims safe passage to the Holy Land. This meant that by the time they were disbanded originally, they had built many castles and fortifications across the whole continent. Famous examples of buildings they erected that still stand are the Temple Church in London and the Convent of Christ Castle in Portugal. At the church in London, it was rumoured they held all their secret initiation ceremonies although, as they were secret, it has not been confirmed!

07 – They Had Their Own Special Seal 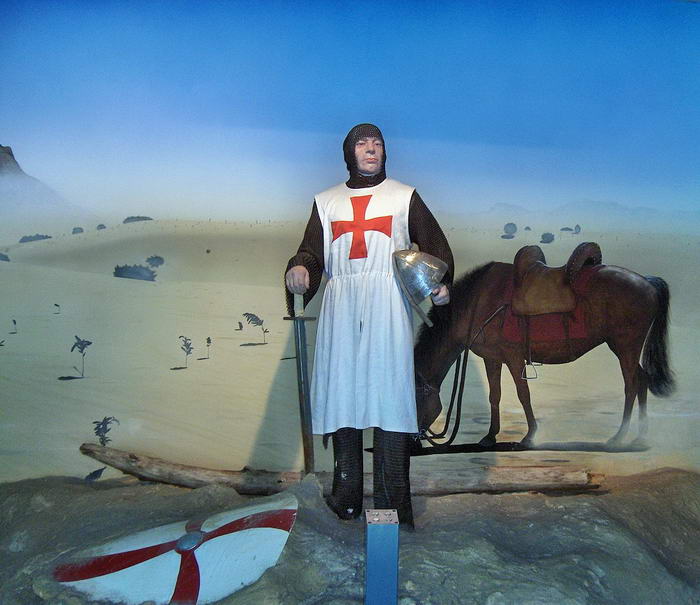 Representation of a Templar – By JoJan (Own work – own photo) [CC BY 3.0], via Wikimedia Commons

As would befit such a large and powerful order, the Templar’s had their own special seal. This was two knights on a horse and held very dear to each member. The meaning of the seal was to remind each knight of the poverty of the early members. Indeed, rumour abounds that the first Grand-Master had to share a horse with another knight so poor were they, hence the picture on the seal itself.

06 – They Wore a Special Uniform When Full Members 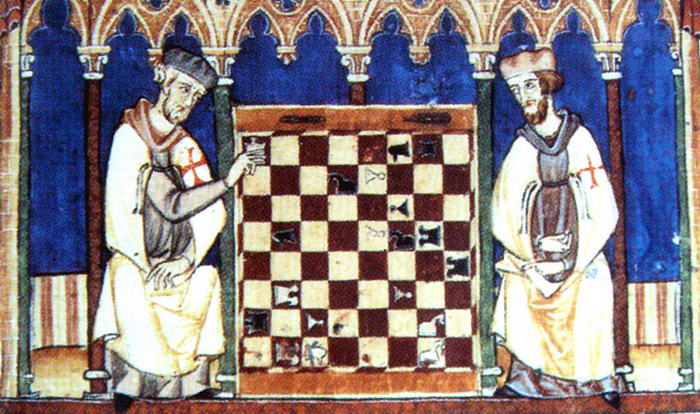 When they were finally made full members, each knight would be given a special uniform to wear. This uniform became their famous trademark and made them easily recognisable wherever they went. It consisted of a white mantle (or robe) with a red cross on it – this would sit over their armour and clearly display they were a Knight’s Templar to anyone who would see. Interestingly, if the Knight was married he could join the Templar’s but wasn’t allowed to wear the white mantle as that represented the Knight’s chastity. 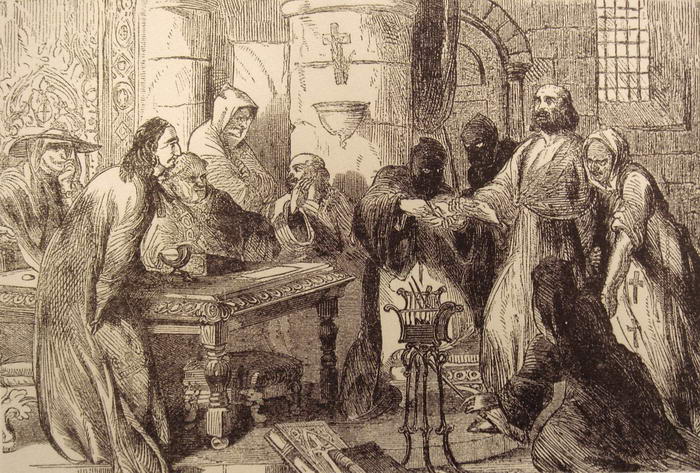 There’s a general rule in life that if something is worth pursuing, it’s normally not that easy. This was certainly true with this order as you couldn’t simply join up when you felt like it! The strict lifestyle code as shown below imposed on them and their invite only application system meant many who wanted to join were refused. Knights had to first prove themselves to the Templar high command by their conduct first at which point they would be considered as a potential member. If they were accepted, an invite would then be made to them to join up. One of the most infamous side of this is the mysterious inhiation ceremony a Knight would have to undergo to join fully. No-one knows what went on at this meeting and many still speculate to this day!

04 – They Followed A Strict Lifestyle Code 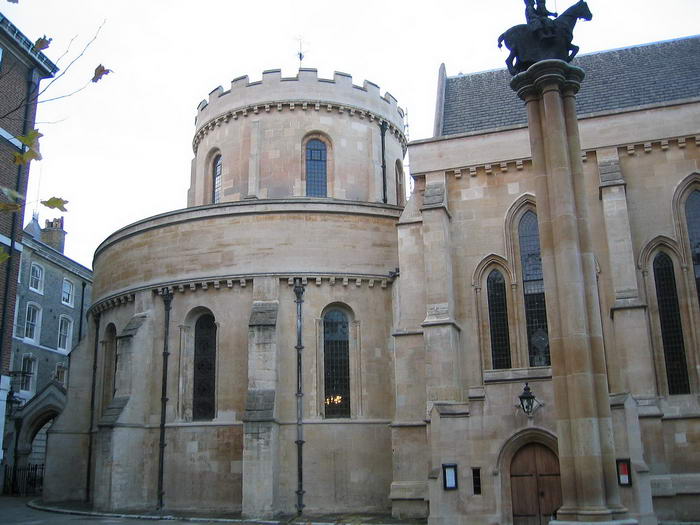 If you wanted to a Knights Templar member, you had better say goodbye to the good life! Members were expected to be serious and show piety along with humility at all times. As well as this, they were to shun any kind of female attention as and were not allowed any contact from loved ones. It really was a harsh life as Templar especially if you factor in all the fights and battles you would end up being part of. Obviously, this was not for everyone and it took a special kind of person to be able to live by their rules.

03 – Many People Would Leave Them Items In Their Wills Flag of the knights templar – By Gerardo Fraile (Own work) [CC BY-SA 4.0], via Wikimedia Commons

By the time they were at their most well-respected, many rich people would leave money or items to the Templar’s in their wills on death. This would see them amass a huge fortune especially when you take into account the money and land they received from each member on joining. Unfortunately, this rather became their downfall as many people thought them to be too powerful and rich by the end.

02 – They Protect The Holy Grail….Apparently! 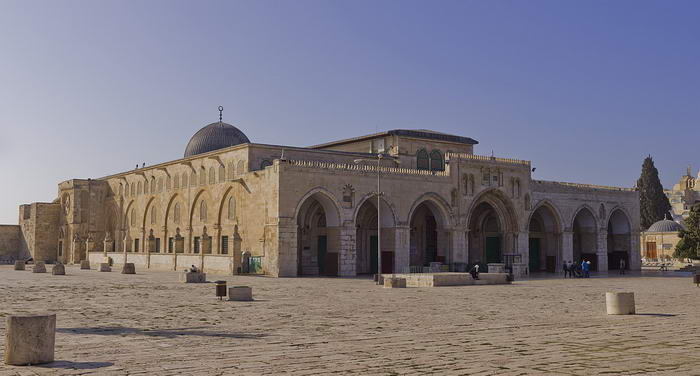 We’ve all seen ‘Indiana Jones and the Last Crusade’ right?! Well, the story at the end with a member of the Knights Templar protecting the Holy Grail is purported to be true. The Holy Grail has always been thought of as the cup Christ drank from at the last supper (although the Da Vinci Code would argue this!) and the only people who could be entrusted to guard it were the Templar’s. Obviously, no-one knows if this is true or not but I guess we’ll find out when someone discovers the Grail!

01 – They Were Hunted Into Apparent Extinction Templars on Stake – By Anonymous [Public domain], via Wikimedia Commons

By the early 1300’s, the Templar’s had made a lot of enemy’s due to their rapid rise to power and great wealth. They also had control over many kings and important people who were in debt to them after lending money. The secrecy surrounding their behaviour didn’t help either and eventually King Phillip IV of France had the majority of the order rounded up and executed in France. Many believe that some escaped though to continue the Templar order on – maybe even to this day!

There are certainly not many organisations in history with the mystery, glamour and appeal of the Knights Templar. They were in effect victims of their own success by the time King Phillip IV rounded them up for having too much money and power. Some still argue they exist to this day and carry on the work of their founding fathers with vigour.