One of the best loved foods around the planet is surely peanut butter. It comes in a whole range of varieties to suit any taste and is also pretty healthy to snack on when compared to sweets or chocolate. It is also a very versatile product which lends itself to a whole range of uses. Body builders for example will eat it for the high levels of protein on offer while young children simply love the taste of it on toast at breakfast. Ideal for young and old alike, it is a really amazing food product to have on hand.
You may think that you know all there is to about peanut butter – after all, it is just oil and peanuts mixed up right? While this is true, there are a whole host of fascinating facts to take on around this handy food. Here are the ten most amazing to think about.

10 – There Are National Days For It

National days for foods are not that uncommon with more than 1,000 each year celebrating specific types of food. This should then leave you unsurprised when you learn that peanut butter has not one but two national days given over to it. January 24th each year sees people celebrate National Peanut Butter day and March 1st sees National Peanut Butter Lover’s Day happen. Both are basically the same and allow people to share their love for this food.

When we think of famous celebrities, we no doubt imagine them sipping expensive champagne or eating the best caviar. While this is true for many, peanut butter has been the go-to choice for some famous faces. Perhaps Elvis Presley was the most well-known and he loved to eat this tasty treat regularly. Next to him celebs like Jerry Seinfeld and Madonna have also expresses a liking for this buttery sensation. It seems it is not just ordinary folk who have fallen under its spell.

08 – They Are Actually Legumes

You might not know this but peanuts themselves are actually classed as legumes and not nuts. They first came to light in South Africa before coming to Africa and Asia. Come 1700, the peanut had been introduced into North America by African slaves. Actual peanut butter is said to date back to Incan times – it is this ancient civilization which is said to have first ground peanuts up and mixed with oil to make the paste we know. Modern peanut butter as we know it was thought to have been perfected by John Harvey Kellogg in the 1890’s. 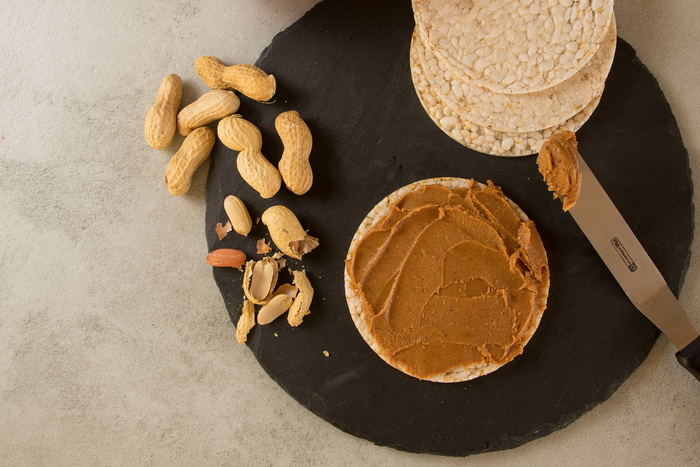 After coming to popularity in the 20th Century, some peanut butter manufacturers did not play by the book. Many sold poor quality versions to the public which used harmful sweeteners to make it more palatable. Hydrogenated oil was also used in some to mix with the peanuts rather than more expensive peanut oil. Some peanut butters in the USA were found to have as little as 75% peanuts in at the time! Eventually, legal measures were put in place to make sure peanut butter producers had a much higher base rate of peanuts in their products.

06 – There Are Some Awesome World Records

05 – It Has Some Great Health Benefits

When consumer in moderation, this food has some really cool health benefits. It contains manganese for starters which helps to remove toxins from our bodies and protects cells from stress. Niacin is also found in this butter helps cells grow healthily and helps us absorb nutrients. Peanuts themselves have been found to help prevent certain conditions like cancer and diabetes which is very useful. It is though this is down to the lipid-lowering effect of peanuts which in turn reduces inflammation in the body.

If you have a dog, then you know that you have to be careful about what it eats. Some foods can be dangerous to their health and peanut butter is one of them. This is because many now have an ingredient in called Xylitol which is harmful to canines. In many cases, it can cause liver failure and death. This is not to say that peanut butter should be banned – there are many other foods which your dog cannot eat. Peanut butter merely joins the list which includes grapes, chicken and onions amongst others.

You might wonder what astronauts eat when in space. One of the foods that they all love apparently is peanut butter! What is interesting to know though is that tortillas are used to eat them with though as normal bread is not used in space. The breadcrumbs are not great in the zero-gravity environment and bread also goes stale very quickly in outer space. While we all knew that this butter had many fans on Earth, not everyone would have thought about it being popular in space. 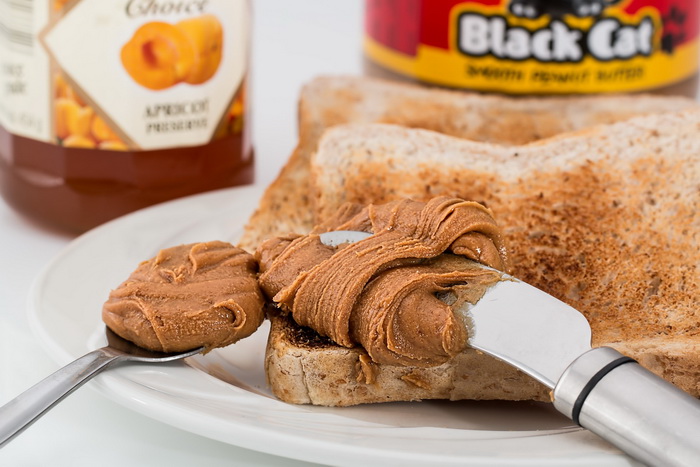 02 – There Is An Odd Phobia Around It

Many people are scared of many different things in the modern world. It will not then surprise you to learn that there is a pretty weird phobia around peanut butter! Called Arachibutyrophobia, it is the fear of having the product stuck to the top of your mouth when eating it. It is thought that the underlying reason for this is the fear of choking which this could cause. Although some people with mild cases of this still eat the item, those with more severe cases do not.

01 – A Scientist Made A Diamond Out Of Peanut Butter

This might sound a bit weird but it is true! Dan Frost is a scientist at a university in Germany and spends his time mimicking the conditions found inside the Earth itself. As part of his work, Frost looked into how carbon had reacted with rocks inside the Earth in the past. This led him to identify peanut butter as a carbon rich food which could help with his experiments. In the end, Frost managed to turn peanut butter into two tiny real Diamonds with his theories!
Peanut butter is not quite as straightforward as we all think is it? As the above shows, there are some hidden facts about this great food product which are very interesting. The next time you are ready to chow down on this awesome butter, why not take a moment to think about them.