Anyone with even a passing interest in rock music and music in general will know Kurt Cobain. As leader of the mega-successful Grunge band Nirvana his impassioned lyrics, spine-tingling voice, riff heavy guitar playing and outspoken views left an impression on fans. Both sensitive and blunt, he was something of a contradiction but was always amazing.
The legacy of work that he left behind with Nirvana shows this. From early noise-fest Bleach to breakthrough album Nevermind and daring follow up In Utero, Cobain always delivered brilliant music and an interesting take on the world. It was therefore a real tragedy when he was found dead in 1994 at his home in Seattle.
If you still miss Nirvana and the man who was the driving force behind them, here are ten of the lesser known facts about Kurt Cobain.

Heading into their last album. In Utero, things were a little crazy in the life of Cobain and his band. With rumors of inter-band arguments and a growing drug habit which saw him checked into rehab, things seemed darker than ever. One of the stand-out tracks from In Utero was Heart-Shaped Box which was also released as a single.
Although a brilliant song, many will remember it mostly for its super weird video. Full of disturbing imagery like fetuses in an IV drip and crows in trees looking down on children dressed like witches, it is still an oddly fascinating watch to this day. What many don’t know is that Cobain pretty much came up with and created the whole video along with the imagery in it. If that was the sort of thing inside his head then it is quite scary!

09 – He Was Fascinated With Anatomy and Weird Dolls 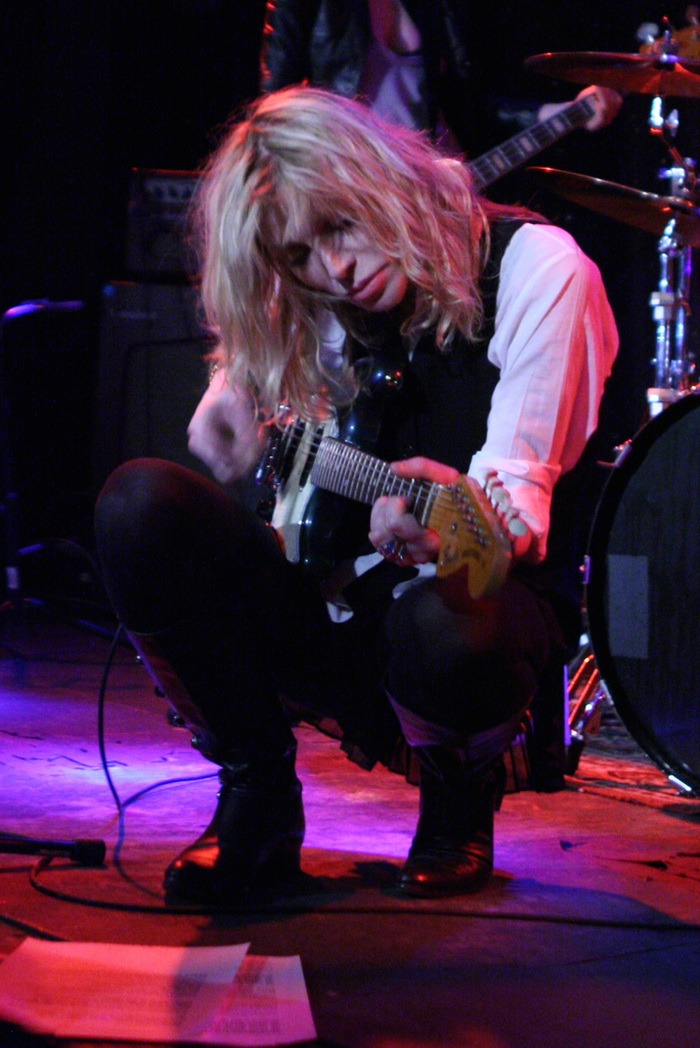 Another quite unusual thing that many may not know is this. Even before Nirvana hit the big time, friends have said that Cobain was into unusual things. There are stories of his apartments being littered with dismembered toy dolls and doll heads hung on string. Friends also tell of his obsessions with the human body and the female reproductive organs in particular. This can actually be seen later in the artwork for In Utero. While it is hard to say what drove this interest, it is a side of Cobain that any do not know or place much importance on.

08 – Suicide Ran In The Family

The subject of whether Kurt Cobain committed suicide or was murdered is enough to fill a whole other article! For now, we will run with the official version of events which is that he killed himself. What you may not have heard though is that suicide actually ran in his family. Two of Cobain’s Uncles had committed suicide by shooting themselves in the head, which is how Kurt himself chose to end it. When you think that his daughter had a suicide themed party for her 16th, it gets only weirder.

One thing pretty much everyone knows about Cobain was his heroin habit which seemed to grow with his fame. One night in July 1993 before a New York gig, he shot up too much high-powered dope and overdosed. Luckily, his wife Courtney Love was on hand to inject some Narcon into his system and pump his chest to allow him to recover. Interestingly, he then went out to perform the show as if nothing had happened! This incident just shows how much heroin had become an issue for the star in his later years.

Many Nirvana fans love the classic line-up from Nevermind onwards of Cobain, bassist Krist Novoselic and Dave Grohl on drums. What you may not know however is that Cobain never really liked Grohl or rated him as a drummer. Since Cobain’s death, many theories have emerged that allege Cobain was even about to fire him for not being good enough! Grohl himself has even confirmed he felt that Cobain never liked him and always felt an outsider in the band after he joined. This should not be a surprise though – Nirvana could never settle on a drummer they felt good enough in their whole career, with Grohl simply being the latest in a long line who tried.

05 – He Had Serious Stomach Problems

One thing that Cobain seemed to suffer from almost his entire adult life was a chronic stomach problem that left him in regular pain. Despite going to several Doctors over the years, the exact cause could never be diagnosed which left him at the mercy of his condition. This is what many think actually led him to star using heroin as it was the only thing he found that could take the pain away. To this day, no-one knows what the problem was or what the cause of it could have been.

04 – The Same Doctor Examined Him And Set Up Early Gig 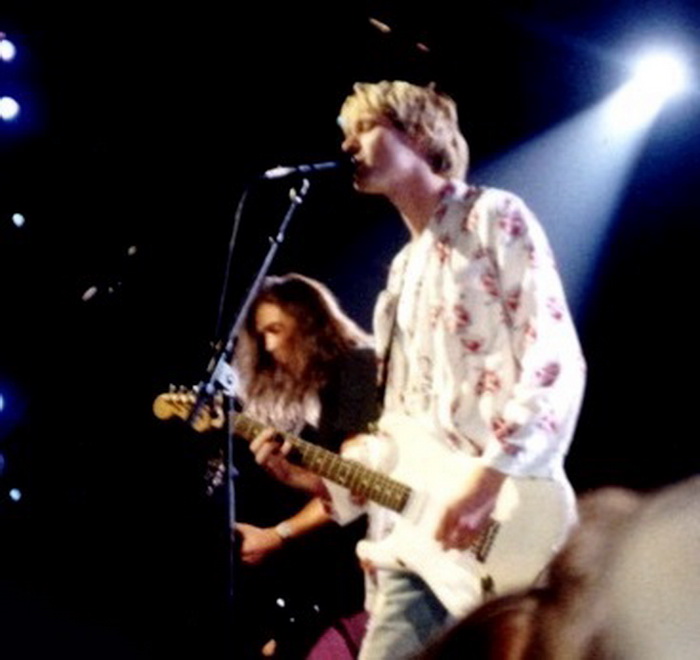 This little-known fact is also one for the conspiracy theorists! In what seems an amazing coincidence, one of Nirvana’s biggest early gigs was arranged by a Doctor Cobain was seeing about his stomach condition. What is very interesting is that the same person, Dr Nikolas Hartshorne, was the person to examine him after his death many years later! While this may just be a coincidence, it seems amazing to have the same person so involved in the life and death of Cobain.

03 – The Next Album Would Have Been Different

Although the Nirvana albums released prior to Cobain’s death were different in some regards, they all had the same hallmarks that fans loved and also expected. It must therefore have caused some record company concern when plans of a stripped back, acoustic fourth album surfaced before he died. It was reported by REM singer Michael Stipe that Cobain was all set to record the album with him but then pulled out at the last minute for reasons unknown. When Stipe called him, Cobain only said he couldn’t come.

It can sometimes be hard to tell how big someone is from watching a TV screen or video online. This may lead you to not realizing just how small Cobain was in real life. Weighing in at around 120 pounds, he found it impossible to put on weight and was very self-conscious about his slight frame. This is in fact what led him to wear many layers of clothing in an attempt to bulk up his appearance. Of course, this signature look over time became a symbol of grunge and one many others adopted! For Cobain however, it was never a fashion thing.

01 – He Lied About Sleeping Under A Bridge 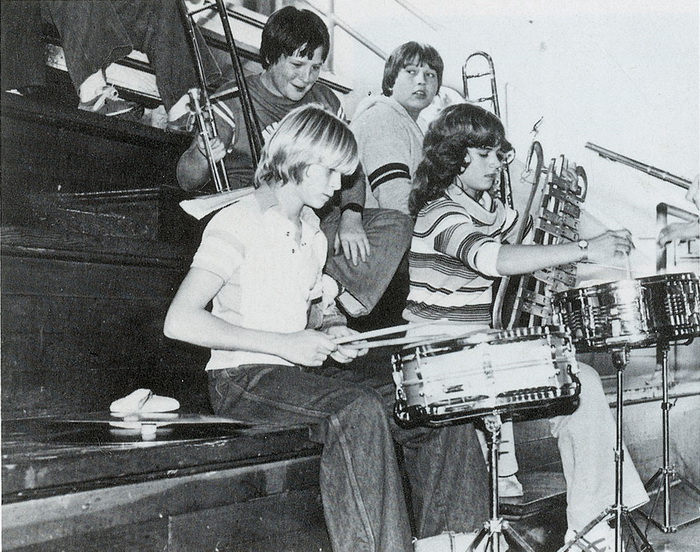 One of the most haunting songs Nirvana ever made was ‘Something in the Way’ off Nevermind. Cobain was reported as saying it had been inspired by his time living rough under a bridge in Seattle after being kicked out of his family home. This has since been shown as false with even bandmate Novoselic saying he simply hung out there in the day sometimes rather than actually living there. This shows another side of Cobain’s character that many do not know about. He loved to invent stories and plant them in the press to either shock people or amuse himself.

There is no doubt that Nirvana front-man Kurt Cobain was one of the greatest musical artists who ever lived. His songs will last forever in the hearts of music fans as will his mournful yet powerful voice. As the above shows though, he was also quite a mixed-up character with many sides to him that the world did not see.