Without doubt, the most famous playwright ever to have lived was William Shakespeare. Born in Stratford-Upon-Avon, England in 1564 his many plays and poems showcased what a superb talent he was. Whether it was comedic plays such as ‘A Midsummer Night’s Dream’ or the darker tragedies such as ‘Macbeth’, his plays crackled with a life and energy that still makes them popular today.
A big reason for their continued success into the modern age is the language he used and the sheer brilliance of the dialogue within his plays or poems. So good where many of the quotes or lines he wrote, that we all know them to this day still and they have even passed into common usage within the English language.
Here’s ten of the most famous quotes Shakespeare ever put down on paper:

10 – “We are such stuff as dreams are made on, and our little life is rounded with a sleep”

The Tempest is one of the most well-known Shakespeare plays and the last one some believe he wrote alone. The plot centres around the rightful Duke of Milan Prospero and his attempts to gain his throne back from usurping brother Antonio with tricks such as conjuring up the titular Tempest. Spoken in Act 4, Scene 1, this is a great quote and clever line from the Bard.
The meaning is that our lives are fairly short and full of fantastic things that many only dream of. At the end, we all die (hence the “little sleep”) and go back to where we originally came from. This is one of the great things about his writing – even though it was written for the ordinary man, he never dumbed down his content and always gave everyone something to think about.

09 – “The lady doth protest too much, methinks” 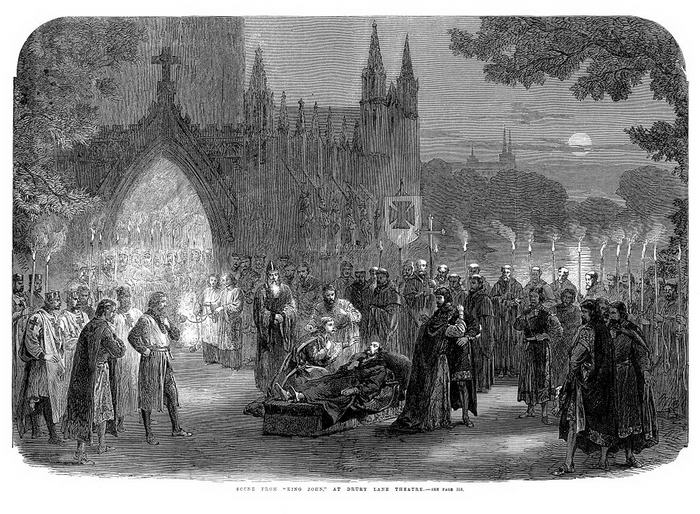 Taken from the tragic tale of that foppish Danish prince Hamlet, this line crops up towards the end. In trying to set a trap for his murderous Uncle and own Mother, Hamlet instructs a visiting troupe of actors to put on a play, re-enacting the way his Father died. Hamlet’s hope is that he will gain evidence of their guilt by observing their reactions to the play. As an interesting aside, this play within a play plot device was very innovative for its time.
After seeing the play, his mother makes a great show of appearing shocked by it which leads Hamlet to utter this immortal line. In it, Hamlet is saying that he finds his mother reaction false as she is too over the top with her denials or how shocking she found it.

A great line from the beautiful yet tragic story of Romeo and Juliet, this forms part of Juliet’s speech in Act 2, Scene 2. With this she is saying that she should be able to love Romeo regardless of his name. If he were not called Romeo and from the family he was, she would be able to be with him and be happy. Bearing this in mind, does it matter what he is called if they are in love and he is a good person?
Shakespeare went pretty deep with this one and it is a musing on the nature of labels and names that we give to things. Is a rose a rose because we call it that? If we called it something less pretty would it be any different in reality? The answer of course is no and Shakespeare was using this to get his audience to think about a rather complex concept.

07 – “The better part of valour is discretion” 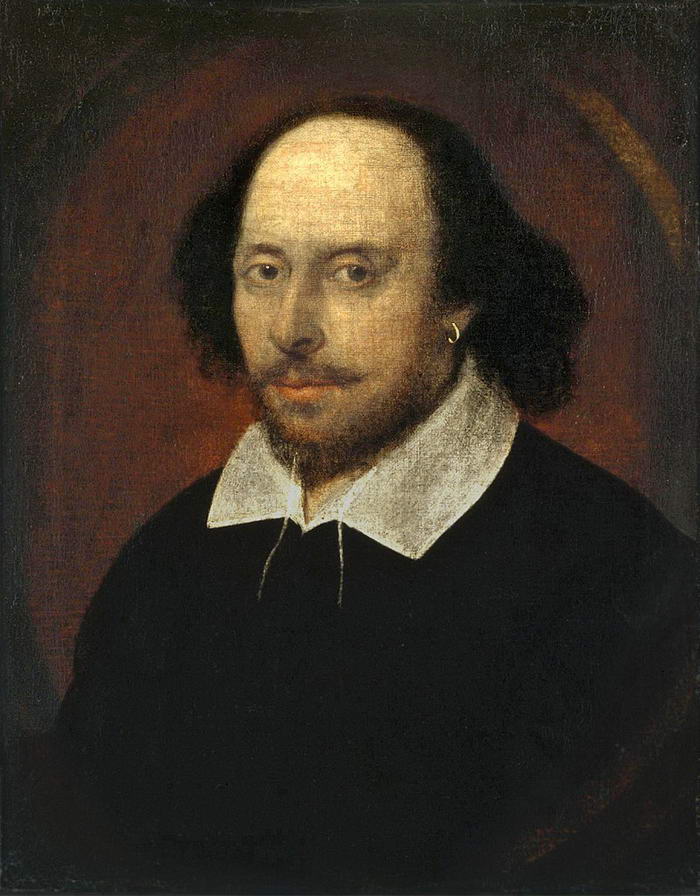 I love this quote as it is one with a meaning you have to really think about to get. When you do though it is a profound one that is handy for life. In a way, that is what’s so great about Shakespeare’s writing – it contains advice that we can still use now.
Coming from the play Henry IV, Act 5, Scene 4, this quote perfectly sums up why direct confrontation and charging in is not always the best move in certain situations. Shakespeare is telling us that sometimes, it’s better to play your cards close to your chest and keep the other person guessing.

A great play that is sometimes overshadowed by more famous brothers is Julius Caesar. As you would expect from the title, it tells the story of famous Roman Emperor Julius Caesar until his untimely death. This is one of those Shakespeare quotes that has passed into everyday English language with many people using it when the situation requires it.
But what does it mean? In the play, Brute (or Brutus) is Caesar’s friend and someone Caesar thinks he can trust. When Caesar sees the assassins coming towards him ready to kill him at the end, he spots Brute is one of them. This line then comes from his lips and literally means “And you Brutus?” It is Caesars way of expressing disappointment that someone he thought a friend had betrayed him. 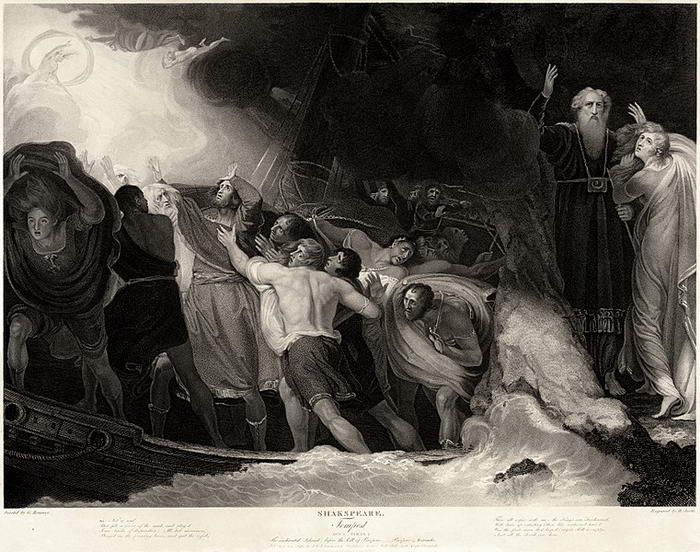 Take from Macbeth, Act 2, Scene 1, this macabre line perfectly sums up a moment in the head of Macbeth himself. A simply amazing piece of work, Macbeth tells the story of an honourable man who lets fate and a scheming wife influence him to terrible deeds. As well as Macbeth himself, the story has other famous characters in such as Lady Macbeth and the Witches. The real beauty in the play’s writing though is watching Macbeth scale the ladder of success and change along the way with all the madness and guilt it brings.
This line is spoken by Macbeth when he is preparing to murder his first victim, the King. Not sure he should do it; his tortured mind conjures up a dagger before him which seems to suggest what he should do.

The play of Richard III was one of Shakespeare’s masterpieces, not only for the story but the central figure of Richard III. A scheming and unsympathetic character, the play focuses on his rise to power by any means necessary and his short-lived reign after. At the time, this view of Richard was the popular one but modern historians think he was not as bad as Shakespeare portrays him. It seems the Bard may have used some dramatic licence to make him dastardly enough as the main bad guy.
This is said right at the start of the play (in fact, it is the opening line) and sets up Richard III as a villainous, evil man. The phrase refers to his own time of happiness being over as he expects soon to take over the throne as King and reign as planned.

03 – “All the world ‘s a stage, and all the men and women merely players. They have their exits and their entrances; And one man in his time plays many parts” 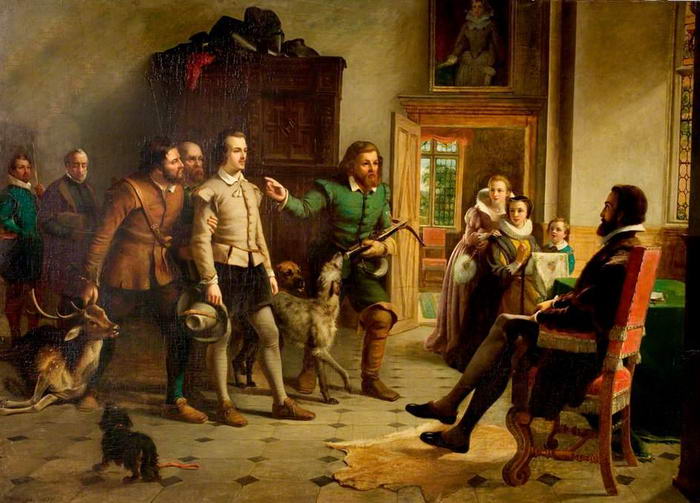 This line is taken from ‘As You Like It’, Act 2, Scene 7 and is one of the best as it really makes you think about it. In a nutshell, Shakespeare with this was musing on life and death itself along with what people do during their time on Earth. As an actor does when performing, we enter the stage when born and then at the end of our ‘performance’ exit which is death.
Along the way we may see and do many things in our life which requires us to adopt different roles in certain periods. For example, a man may be in the Army most of his life and have to be aggressive in nature but then retire to a quiet life fishing when he leaves. This quote really shows the complexity of not only the Bard’s writing but also the ideas he was discussing within his plays.

Along with Romeo and Juliet or Macbeth, Hamlet is Shakespeare’s most well-known work and maybe even his greatest. There have been many film and stage versions of it over the years and the lead role of Hamlet is one that all actors dream of playing. A tragic and dark tale, it tells the story of a young Danish prince who suspects his Father was murdered by his own brother (Hamlet’s uncle) so he could take the throne.
Hamlet is a simply superb character with a nuanced personality that sees him veer from self-doubt to rage and simple despair as to the situation. This quote is from his famous soliloquy and basically addresses whether he should kill himself or not. The whole speech has other famous quotes contained within it and is worth reading if you haven’t already. 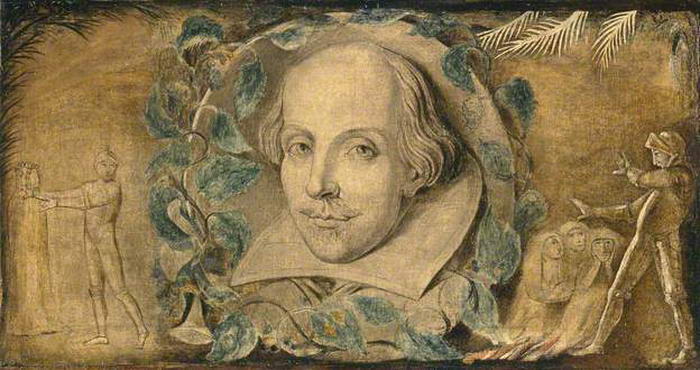 This is arguably the most famous line the Bard ever wrote and is taken from one of his best loved plays, Romeo and Juliet. Set in the Italian city of Verona, the play focuses on the ill-fated relationship between two young lovers whose families are at war. Although forbidden to see each other, they pursue their love with fatal consequences.
This very famous line is from Act 2, Scene 2 and is spoken by Juliet when she is upon her balcony, calling for her lover Romeo. Taking a massive chance by being there, he proves his undying love by answering her call.

As you can see, William Shakespeare has written some of the best lines and plays the world has ever seen. His ability to put complex ideas in a way that ordinary people can understand is simply awesome and even more so when they were first performed. If you have never read or seen any Shakespeare then it really is worth it as they are all simply amazing.