Pretty much everyone on the planet knows who Dr Dre is. Hip-hops first billionaire, he is not only a legendary rapper and producer but also a successful businessman with ventures such as his Beats headphones. First starting out as a founding member of trail-blazing gangsta rap group N.W.A, he found himself going solo after they broke up in acrimony. At the time, people knew Dre was talented but few could have predicted just how great his next album would be. This all changed when he dropped ‘The Chronic’
Released in 1992, it peaked at number 3 in the US charts and has gone onto sell 5 million copies in the US alone! It was also notable for its G-Funk style production which proved truly revolutionary and the introduction of awesome rapper Snoop Doggy Dogg to the world.
But while we know a lot about this amazing album, there are some secret facts that you may not have come across before. Here are the ten most little-known facts about Dr Dre’s ‘The Chronic’.

10 – Dre Had Trouble Finding a Distributor to Release It

For a record that is now regarded as a classic and sold so many copies, this sounds crazy. However, after recording it in the summer of 1992, Dre and his new label Death Row ran into trouble finding anyone to help them get it released. Dre had fully recorded all the tracks and the artwork had been done to give a complete package to go to distributors with. However, things did not go as planned! While many thought it a superb album musically, it came with a lot of baggage that they did not want to take on. The political background of America had seen an ongoing negative reaction to gangsta rap and this along with Dre’s ongoing problems with previous label Ruthless Records put many off. In the end though, Interscope stepped in to save the day.

As noted above, the period in which ‘The Chronic’ was released saw hip hop music and rap under fire. This mainly came down to concerns from people over its violent lyrics and imagery which many thought could be a bad influence on young people. Indeed, Ice-T’s song ‘Cop Killer’ had be on the receiving end of a furious backlash just before Dre was set to put his own album out. This made him remove a track called ‘Mr Officer’ from the agreed running order to avoid any harsh criticism coming his way.

It’s common knowledge that Eazy-E and Dre fell out when N.W.A split up. This can be seen throughout the lyrics in many of ‘The Chronic’ tracks and even on the video for one of the albums singles, where Eazy-E is parodied. What many do not know though is that Eazy-E probably didn’t care! It turns out that the deal he made to release Dre from Ruthless Records gave him up to 50 cents for every copy sold. When you add up how much that is over time, then you can bet it made it much easier for Eazy-E to ignore the name-calling! 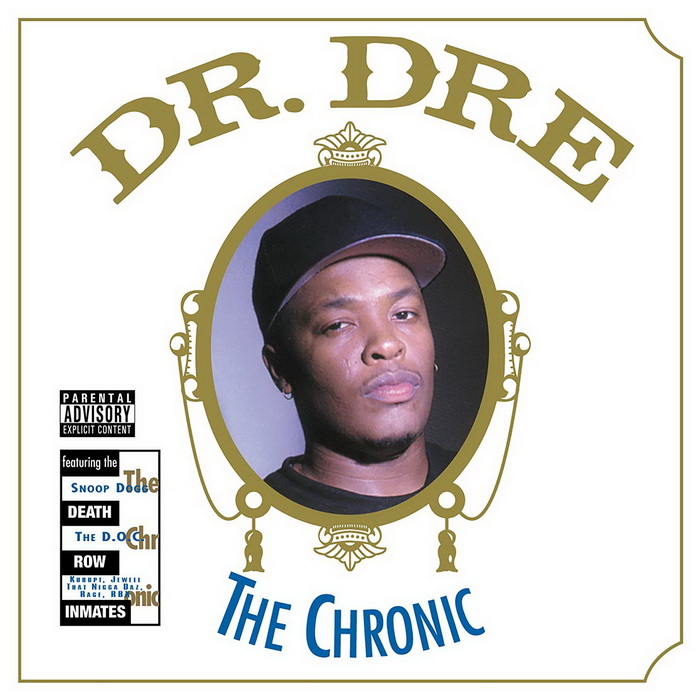 07 – Snoop Dogg Was An Unknown

Many listeners who come across this album now assume that Snoop Dogg was already the famous name of today when he made it. The truth though is that he was a real unknown to many when Dre handpicked him to star on many of the tracks. In a way, this was the first real indication of Dre’s amazing talent for spotting new rap superstars like Eminem. The story goes that Snoop recorded a freestyle rap over the En Vogue song ‘Hold On’ which somehow got heard by Dre when setting the album up. Dre was instantly impressed and the rest is history.

06 – The Cover Art is a Homage to Rolling Papers

Pretty much everyone can work out what the album title is referring to. What you might not know is that the albums cover art takes this one step further. It bears a striking resemblance to a brand of cigarette rolling papers called ‘Zig Zag’. Naturally, Dre and his crew might have been rolling up something a bit stronger with them but it seems the albums art is Dre’s tribute to his favourite brand. The company concerned never took any action but then it was pretty good PR for them!

To say that Dr Dre’s ‘The Chronic’ was hugely influential in terms of its production and sound is like saying Lionel Messi is quite good at football! It really did set the benchmark moving forward for what a hip-hop album should sound like or deliver. One big name who still feels that to this day is Kanye West. It is reported that he still judges all his own albums against ‘The Chronic’ to make sure they come up to scratch!

04 – It Is Alleged That It Was Funded By Drug Money

After splitting from Ruthless Records, Dr Dre found himself on the newly formed Death Row Records label which was headed by now infamous figure Suge Knight. In simple terms, Dre was left to take care of the music while Knight handled the business. What many do not know though is where the money to fund Death Row and the recording of ‘The Chronic’ came from. It has been alleged in the past that notorious LA drugs kingpin Michael ‘Harry-O’ Harris was the person who provided the finance for it all. Although locked up in prison by the time of the album’s recording and release, it is thought that he provided funds and advice from his cell. 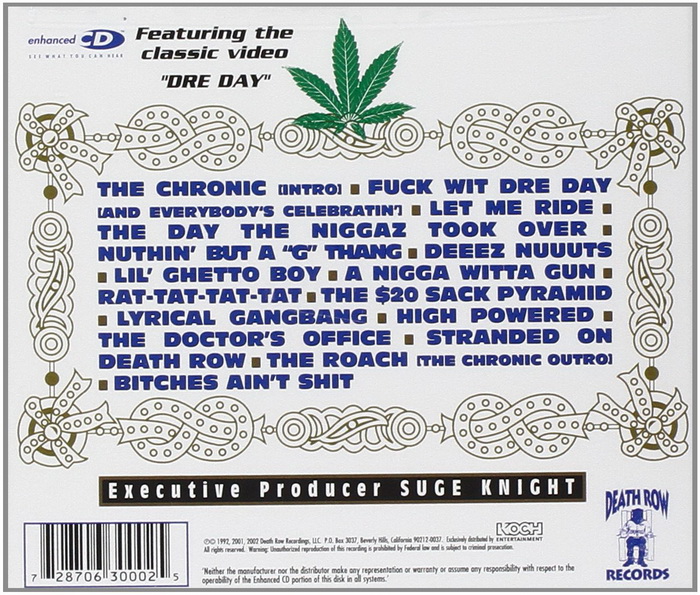 Although the album bears his name and he is credited with the production solely, it seems it may not be all Dre’s work. While this is understandable in terms of the guest MC’s writing their own raps, it seems Dre sometimes had help with writing his own. ‘Nuthin But a G Thang’ is perhaps the most well-known track off the album but also a case in point of this method. It turns out that the song itself and all the lyrics were written by Snoop Dogg and The D.O.C! While Dre had crafted the music, it was their skills that turned it into the monster tune we all know today. In truth, this is something that has dogged Dre throughout his career with many unknown producers accusing him of stealing their beats and many of his raps being written for him by others.

01 – The LA Riots Featured On Some Songs

Anyone who has listened to this album will have noticed some spoken word narrative on a few tracks like ‘Lil Ghetto Boy’. What many may not know is that these are not parts recorded or re-recorded in the studio when the album was made. They are in fact real-life pieces of audio footage from the LA Riots in 1992 which the person who recorded them passed to Dre to use. Apparently, he just called Dre up the day after recording the audio and sent it on over to him!

When you have an album which is as well-known as ‘The Chronic’, it is easy to think we know all there is to about it. As the above shows though, there can often be hidden nuggets of information that get lost over time. One thing is for sure – this is still a superb album and one that everyone should have in their record collection.