We all know that the music industry is a byword for all kinds of excessive behavior. From wild drugs binges to extreme drinking sessions to lashings of hardcore sex, it is definitely not for the faint hearted. Tales of legendary bands like Led Zeppelin or more recent exploits from bad boys like ex-Oasis frontman Liam Gallagher are perfect examples of the kind of bad behaviour music can lead too.
Of course, music is about creative expression as much as getting into trouble. This though merely presents another avenue by which bands or artists can show off their weird or warped side. Music videos are a prime example of this. If you look past the standard girls in bikinis around swimming pools vibe, there are actually some really unsettling ones out there.
Here are ten of the most surreal to wonder at. 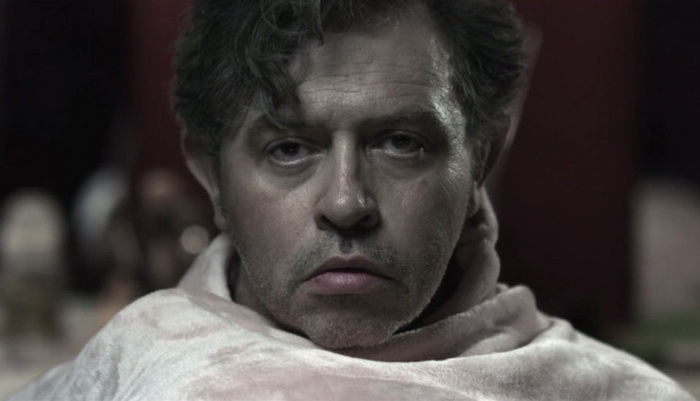 Girl Band hail from Dublin and are in fact all boys! They make music in a furious post-punk style and blend crashing drums with wailing guitars along with Dara Kiely’s impassioned vocals. The video for their single Paul brought all this together in one neat if very weird package. The basic premise sees a fed-up children’s entertainer forced to dress up as a pig for work purposes. The weird stuff starts happening when other people dressed as animals arrive. Before long, the pig has lost his temper and it turns into an alt-rock video version of Orwell’s Animal Farm! 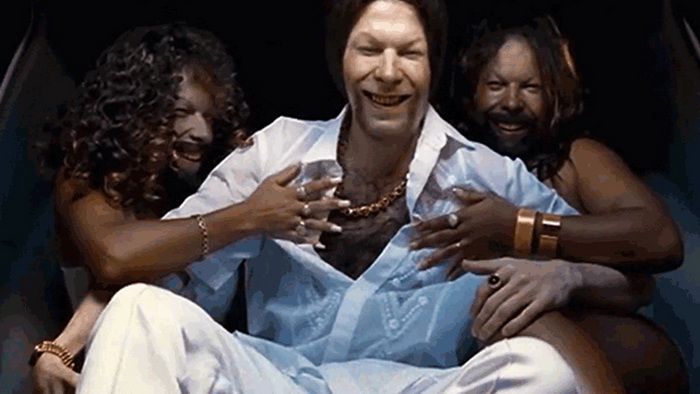 Also known as Richard D James, Aphex Twin is something of a musical maverick. Initially known for his work in ambient music, he has since gone onto cover other musical styles. This track is perfectly paired with a video from collaborator Chris Cunningham to superb effect. It starts off pretty strange with two wannabe gangster types trying to chat up a couple of prostitutes. It is once a huge stretch limo comes into view that things really kick off though. Before long James is busting some dance moves and climbing back into the limo with the said girls to have some fun. The enduring image is that of James’ face superimposed onto the bikini clad body of one of the girls!!! 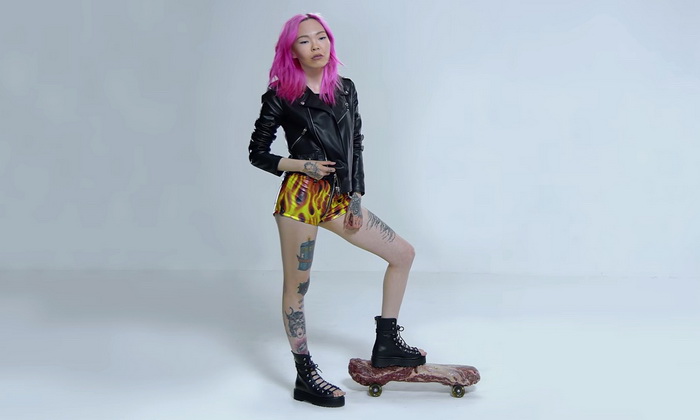 Eyes in women’s mouths, hands for feet, tongues with blue goo on and clowns – this one ticks all the weird boxes and more. It comes from Russian band Little Big who produce electro-clashy type music that gives you a bit of a headache if you listen to it for too long. However, this does not matter as you will not be listening to this track – rather, you will be mesmerized by the crazy visuals of the video. Alongside all the above, there is meat skateboards and the arresting sight of a woman on all fours as a human rocking horse while another girl sits atop here naked. Very, very strange! 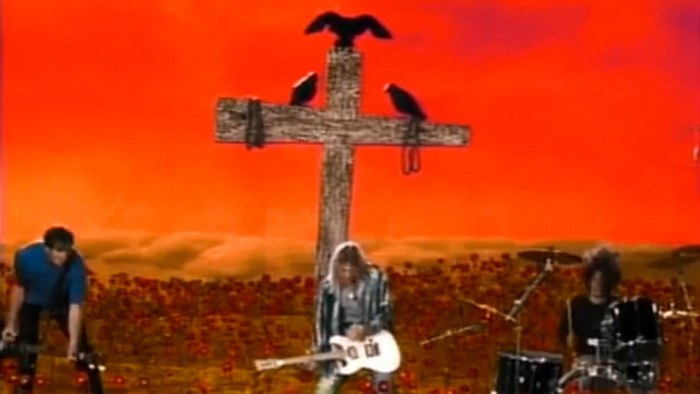 Nirvana were a brilliant band and mega successful to boot. You couldn’t dent that they were a bit weird too – or at leas genius frontman Kurt Cobain could be sometimes. Cobain’s fascination with death, religion, pregnancy, doll and babies all came to a head with the video for this In Utero track. If the dying man in the bed with the foetus UV drip doesn’t get you then the creepy girl in a witches type outfit will. Or maybe you will raise an eyebrow at the garish colours and dolls heads in trees?! Whatever makes you think ‘wow that’s a bit strange’, this is one video you will remember.

06 – UNKLE – Rabbit In Your Headlights 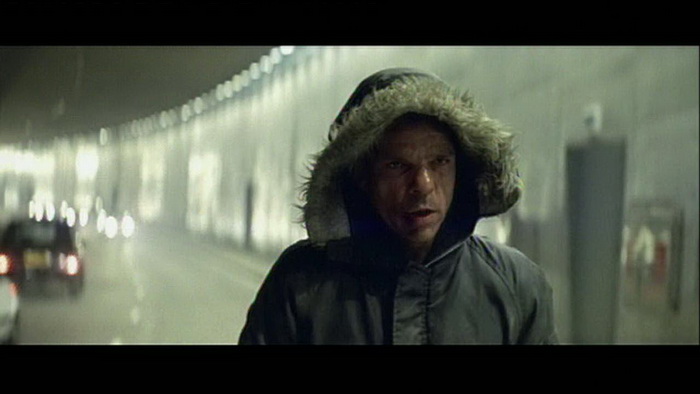 UNKLE Rabbit In Your Headlights

If you have seen The Verve’s ‘Bitter Sweet Symphony’ video, then you will be prepared for this ramped up take on it. In this strange promo clip, a man walks down a busy road tunnel as cars whizz by him. Initially they miss him but then some soon start to crash into him, knocking him over. What is weird though is that he keeps getting up and walking on into more traffic, mumbling as he goes. It all builds up to a dramatic climax as he strips the clothes from his body to reveal his true self. Directed by acclaimed film figure Jonathan Glazer, this is one moving yet surreal video that will stay with you. 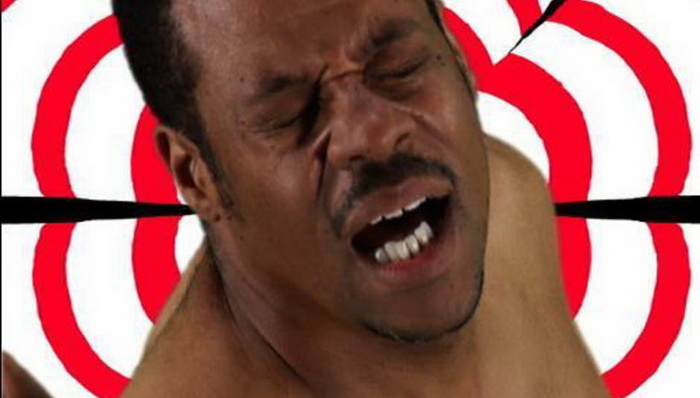 Ok, there is no easy way of saying this – this is basically an adult movie set to music and weird dancing! From LA multi-instrumentalist Flying Lotus (real name Steve Ellison) this is an uptempo house style track. It all starts off innocently enough with a man and woman dancing to the track in front of a garish 80’s style backdrop. The way the guy dances is a bit strange though as are the faces he makes! This is merely the setting up of the really weird bit though – as the track goes on, they get more intimate and things get hotter. 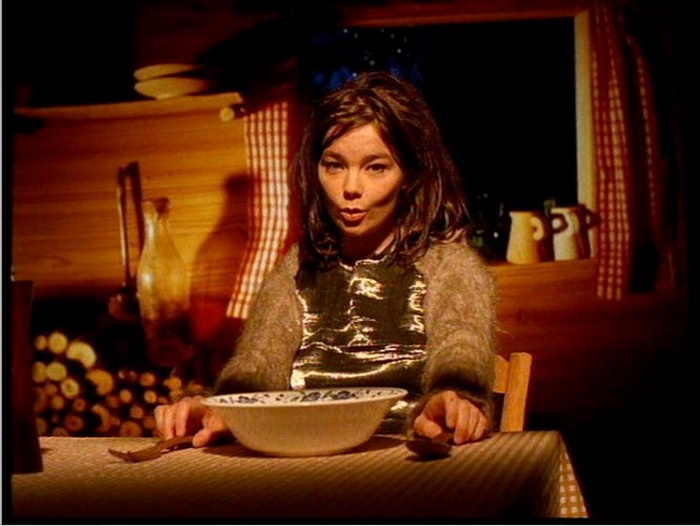 Easily one of modern music’s most individual and creative characters is Bjork. From starting out with The Sugarcubes to mainstream solo success, she always manages to do something interesting with each new release. The video for her 1993 track Human Behaviour was no exception! It tells the tale of the relationship between humans and animals but from the animal’s perspective. Along the way you have Bjork fleeing from angry bears, flying to the moon and then ending up in the bears stomach as tea. Standard for Bjork but pretty out there for us. 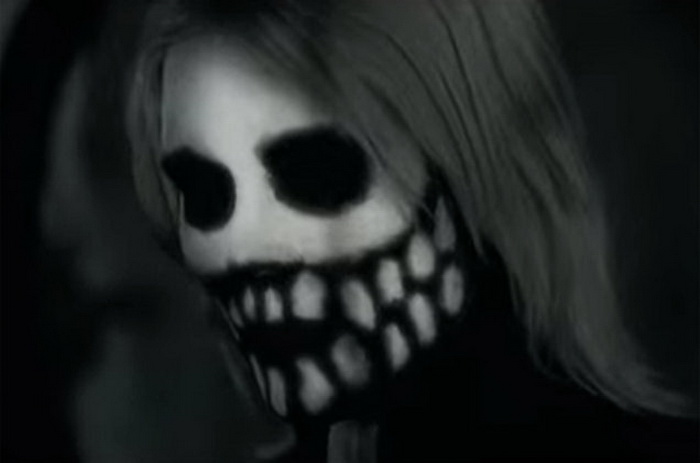 Fever Ray If I Had A Heart

This is one music video that is unsettling, frightening and unusual in equal measure. Fever Ray is actually Swedish music star Karin Dreijer, formerly of Honey Is Cool and The Knife. In keeping with her on stage fascination with masks and startling visuals, this video is super creepy. It starts off with a boat carrying two children approaching an eerie mansion by lake. Once there, you see many dead bodies strewn around and blood soaking the carpets of the mansion. To further add to the effect, there are masked persons standing guard to the mansion itself. The boat then departs, leaving the two children there to face whatever may befall them. 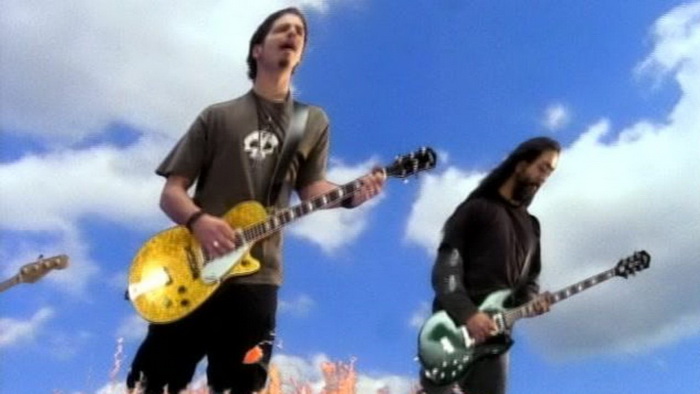 Part of the massive Grunge musical explosion that Nirvana instigated, Soundgarden tasted huge success with their own music too. This track was a big hit in 1994 when first released and still remains popular to this day. What is also still true is how plain bizarre the video is! Taking place in the middle of apparent apocalypse, the band members play on as havoc is wreaked around them. From cockroaches being tortured to weird looking humans charring toy dolls on a BBQ, it set the standard high for all weird videos to come after it. 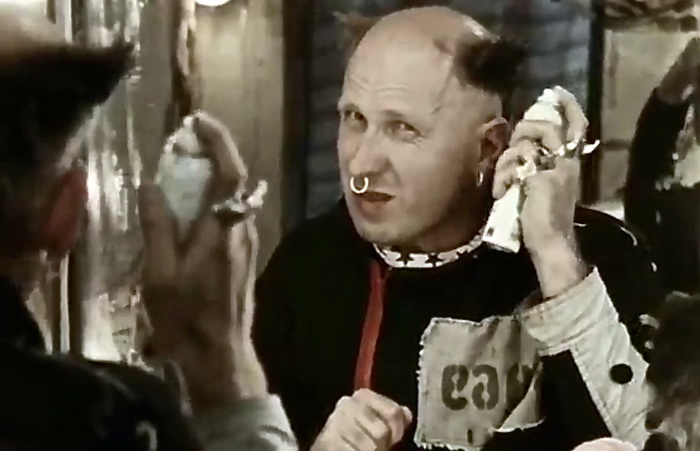 The Prodigy Babys Got A Temper

We have certainly saved the weirdest and most surreal until last here! Bursting out of the UK, The Prodigy were a fierce and energetic electro group that saw fame in the 1990’s and 2000’s. While their track Firestarter had a pretty out there video, this one tops it for sure. In simple terms, it sees topless models milking cows who have been pumped full of drugs. Once they have extracted this drug laced milk, it is then sold onto dependent junkies. You don’t get much stranger than that!

As we have already noted, music is all about expressing your inner feelings and emotions. Matching this up with a video that fits the theme of any song can produce truly original results. Occasionally though things get a little too dark and surreal as this list shows!