It’s hard not to have a mental list of the greatest guitarists whose special way of playing motivated us to pick up the guitar. We all have our favourites, and more often than nought, the same names find their way at the top of all of our lists. 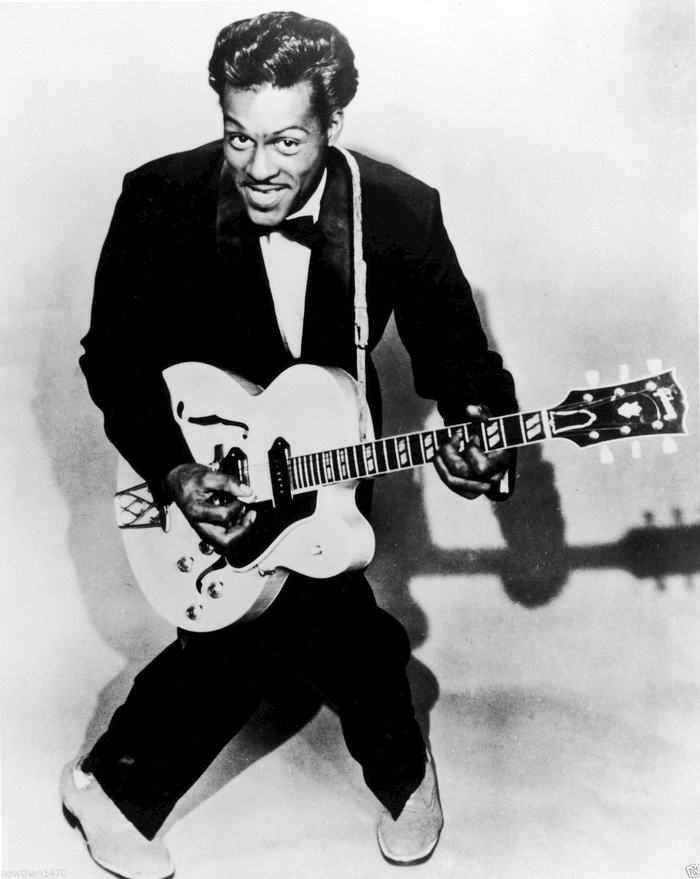 By Universal Attractions (management) (eBay itemphoto frontphoto back) [Public domain], via Wikimedia Commons
No list of guitar gods would be complete without Chuck Berry. Arguably the inventor of rock and roll, Berry’s responsible for some of the most famous guitar licks in the world. With such hits as “Roll Over Beethoven” and “Johnny B. Goode” to his name, Berry’s illustrious career has influenced every generation of guitarist that has come after him. 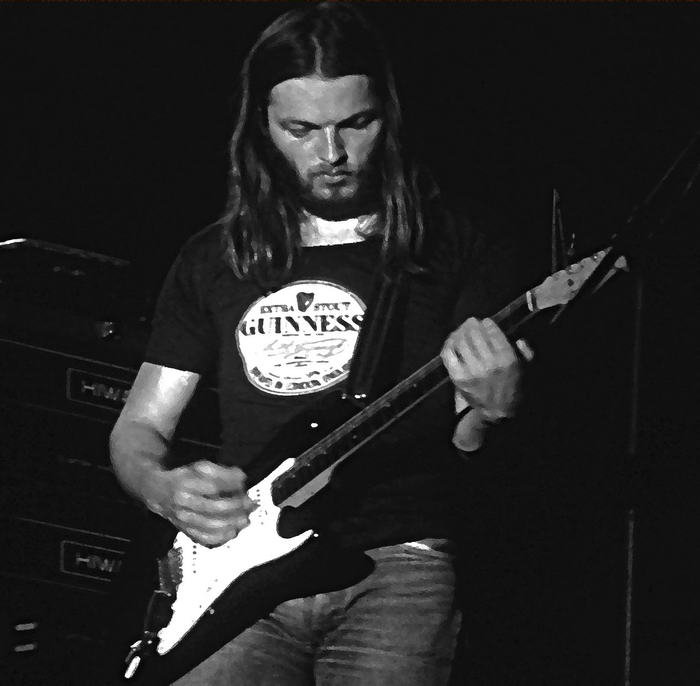 By Jean-Pierre Jeannin [CC BY-SA 2.0], via Wikimedia Commons
Not just another brick in the wall, David Gilmour makes the cut due to his ground breaking work with prog-rock band, Pink Floyd. Known for his use of effects (particularly that of the echo), Gilmour balances dreamy melodies with sharp, passionate, and surprisingly bluesy solos.

By Andrejk (photographed by myself) [Public domain], via Wikimedia Commons
As Guns n’ Roses lead guitarist, Saul Hudson (aka Slash) brought sophistication and restraint to an otherwise lavish and wild band. Confrontational and gritty, Slash’s reliance on slurs have created his distinctive sound. Through the use of slides, pull-offs, and hammer-ons, his licks and solos are surprisingly melodic, with influences of blues and rock greats suffused in his playing. 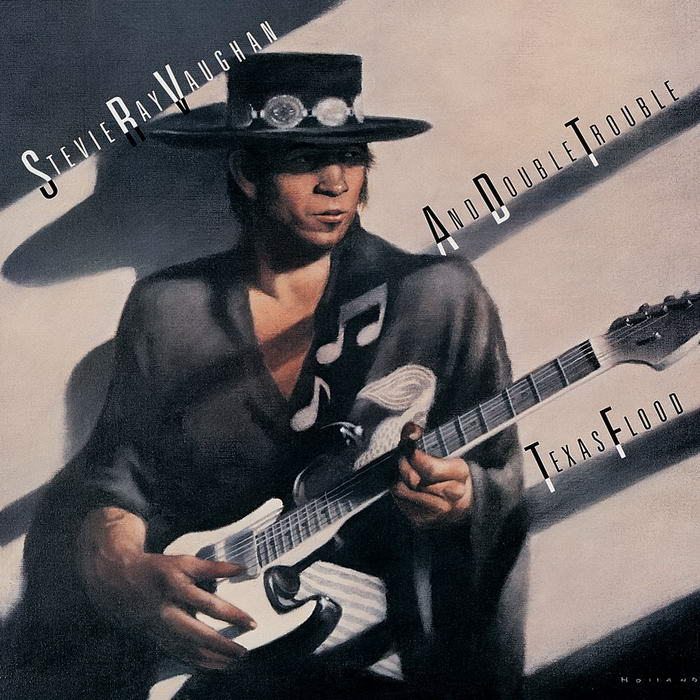 By Illustrated by Brad Holland (fanart.tv) [Public domain], via Wikimedia Commons
Stevie Ray Vaughan had a very short lived career; however, during his brief life he managed to create a distinctive sound that still influences modern musicians like Gary Clark Jr. and John Mayer. His sound was bright, bold, and just plain clean, as he rarely used distortion or pedals to enhance his playing. Relying purely on his technical skill and big (amplified) sound, Vaughan created a style that blended blues, rock, and jazz. 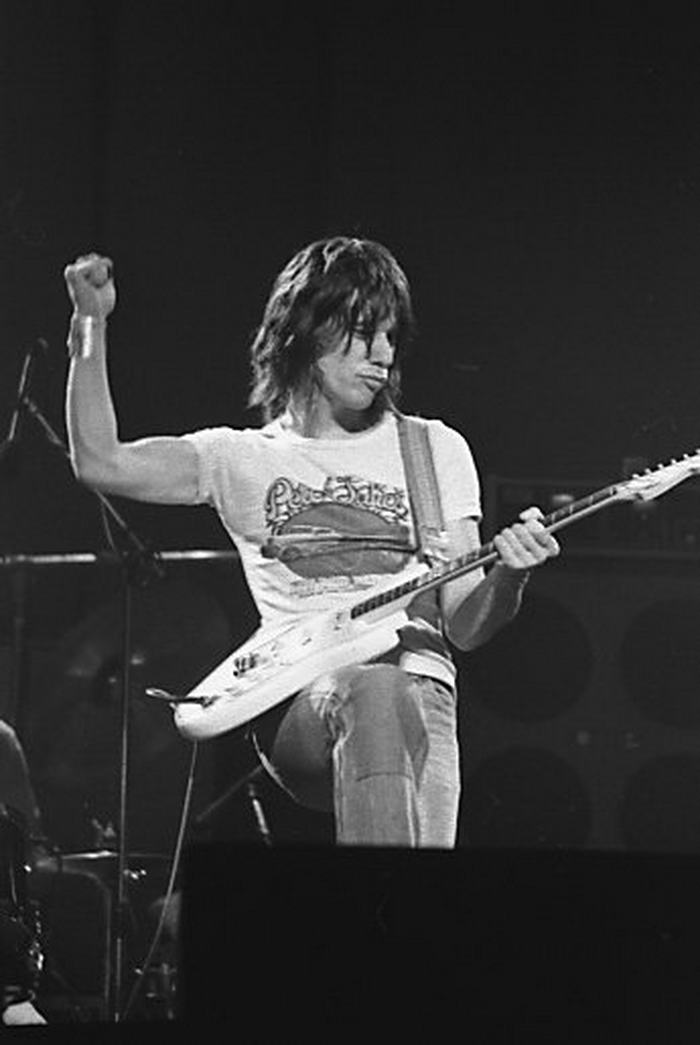 By Jean-Luc Ourlin (originally posted to Flickr as Jeff Beck) [CC BY-SA 2.0], via Wikimedia Commons
This English guitarist got his start with Rock & Roll Hall of Famers The Yardbirds. Though short-lived, the band made huge innovations to the sound of the electric guitar, mixing blues, pop, and rock with various distortions to create their signature style. After their break-up, Beck has since built an impressive career and has been commended for his fast fret-work and fat sound. 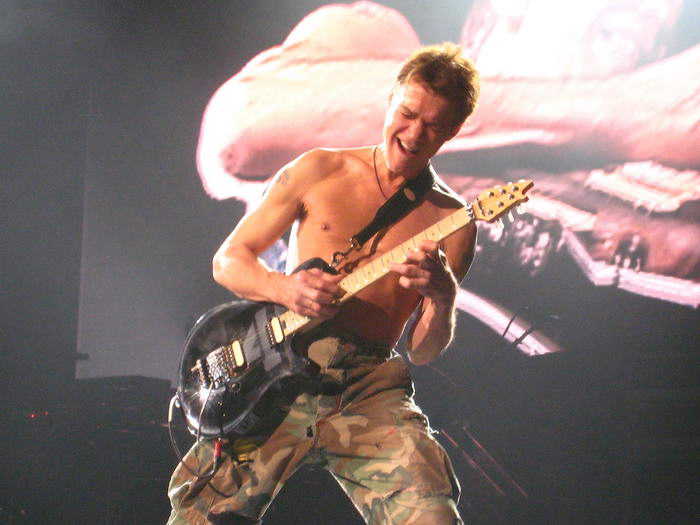 By Anirudh Koul from Montreal, Canada [CC BY 2.0], via Wikimedia Commons
Eddie Van Halen is on the list because of all his unusual accoutrements he brings to his solos. With a unique picking style that allows for two-hand tapping, Van Halen layers his solos with texture by bringing his right hand to tap against the fret. 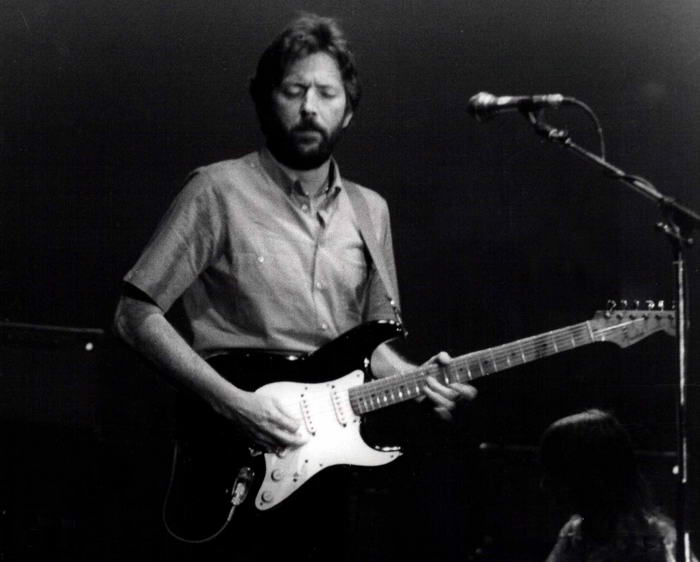 By Stoned59 [CC BY 2.0], via Wikimedia Commons
Another alumnus of The Yardbirds, Eric Clapton got his start playing alongside Jeff Beck. It was his work with Bluesbreakers and Cream, however, that earned him the nickname of ‘God’. With a nickname like that, there’s no question Clapton is one of the greats. 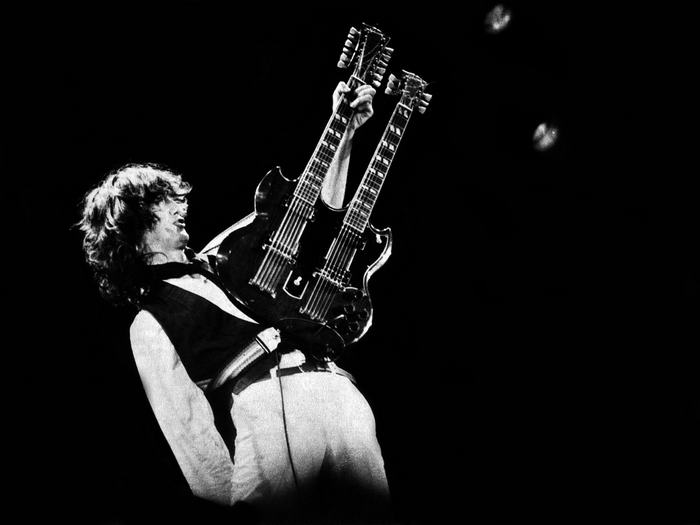 By Andrew Smith [GFDL or CC BY-SA 3.0], via Wikimedia Commons
Jimmy Page is the last former member of The Yardbirds to find his way on this list. Just as his former bandmates carved out successful careers for themselves, Page went on to help form Led Zeppelin after The Yardbirds disbanded. Master of the power-riff, he’s a favourite among favourites, as most guitarist call Page the be-all and end-all of guitar. 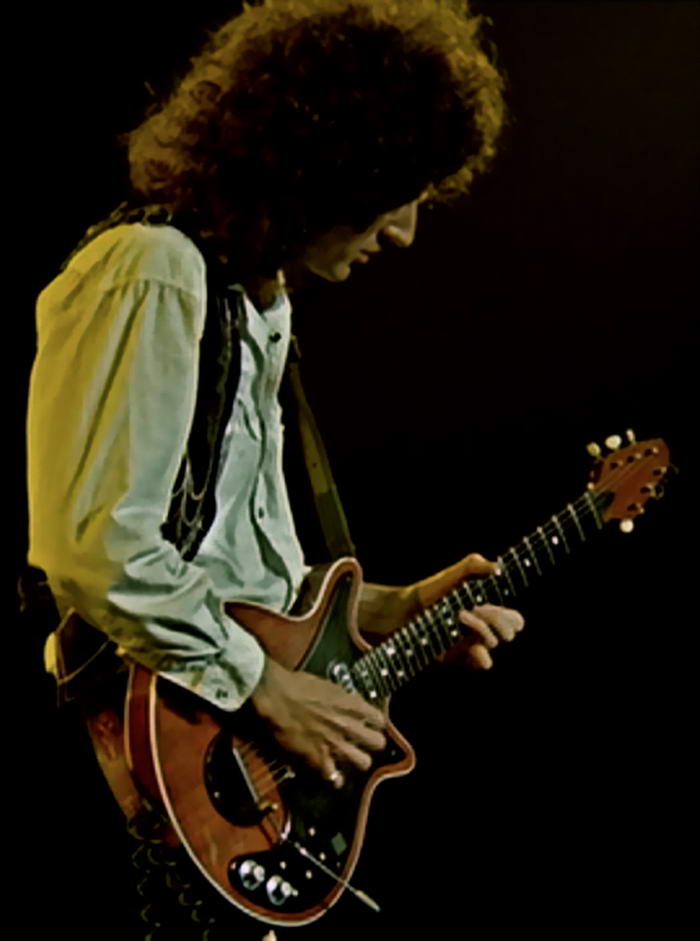 By Jaidn (Own work) [GFDL or CC BY-SA 4.0-3.0-2.5-2.0-1.0], via Wikimedia Commons
There’s little wonder why Brian May, lead guitarist of Queen (only one of the biggest rock band in the world) finds his way on the list. Harmonies galore, May’s layered playing is an extravagant onslaught of sound that we’ve all come to know and love about Queen. He’s also hailed for his versatile playing style, as May can jump from trebly pop-opera solos (a la Bohemian Rhapsody) to the nearly metal licks featured on Sheer Heart Attack. 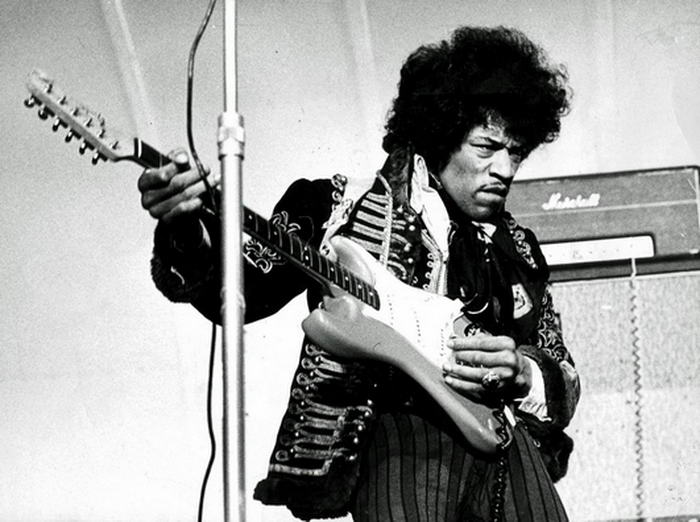 By Original photographer unknown [Public domain], via Wikimedia Commons
Finding his way to the top of most lists, Jimi Hendrix is truly a deity amongst gods. He was a revolutionary, using peddles and distortion to create a new musical landscape for the guitar. Effortlessly balancing rhythm and riffs (while playing behind his head, no less), Hendrix created a totally unique sound that people still try to emulate to this day. “Purple Haze,” “Foxy Lady,” and “Hey Joe” are just a few of his hits that rocked the world.

When your favourites include such notables as Hendrix, May, and Van Halen, it’s hard to forget why you learned the guitar in the first place. Every time you put on one of their records, you can’t help but pick up your guitar and imitate their style. Eric Clapton (God himself) amazes audiences across the world playing mostly only on a Fender Strat. So did Jimi Hendrix, in between playing a Gibson SG and a Flying V. Maybe, like Jimmy Page, you’re more partial to a Gibson than a Fender, or maybe you prefer an Ibanez over any other brand. You won’t know until you try! Each guitar has its own weight and feel, and until you experience that in person, you may never know. One of the easiest ways to find out what suits you best is to check out your local music store and try out a few licks on each of the most popular electric guitars to get a feel for each one. From the sound they can produce to the way they look in your hands, you’ll never know until you try. Plus, you might be surprised at just how easy it is to emulate your fav when you’ve got the same guitar.

It might not be Van Halen’s Frankenstrat or one of May’s hand-built guitars, but you don’t need anything fancy. Any premier brand (like Fender or Gibson) will produce a quality sound, making it that much easier to play like your favourite and imagine your name making it on the list of rock gods.