The Cecil Hotel may not be a name you are familiar with but it is one seriously creepy place to avoid. First built in 1927, it opened its 700 rooms to the people of Los Angeles to enjoy. Decorated in an Art Deco style, it was initially an upmarket place that attracted businessmen and high-flying LA residents. However, the hotel fell victim to The Great Depression in the USA and its Main Street location saw it right in the middle of Skid Row at the time.
The local homeless situation at the time and since was the least of the problems it faced though! Over the years, rumours of suicides and murders along with notorious serial killers using it as a base abounded. Now known as Stay On Main, it remains a strange place.
Here are the ten most disturbing facts about this bizarre hotel. 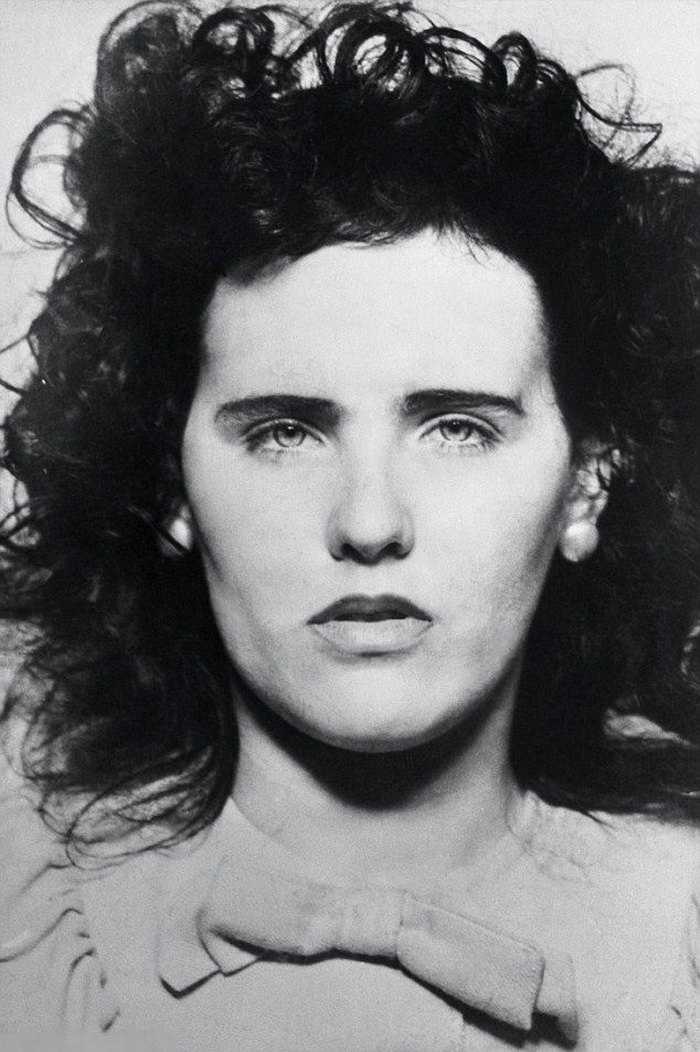 This is a mystery tied to the hotel that dates back to 1947. In that year, a mother and her young child found the body of a 22-year old woman in the area close to the Cecil Hotel. The victim was identified as Elizabeth Short although she was so badly mutilated that it was initially hard to tell! She had been cut in half at the waist, her face had been cut from mouth to ears while all blood had been drained from her body. The killer was never caught an it remains a mystery to this day. Many thought that Short had been seen at The Cecil Hotel days prior to her death which only served to deepen the mystery. 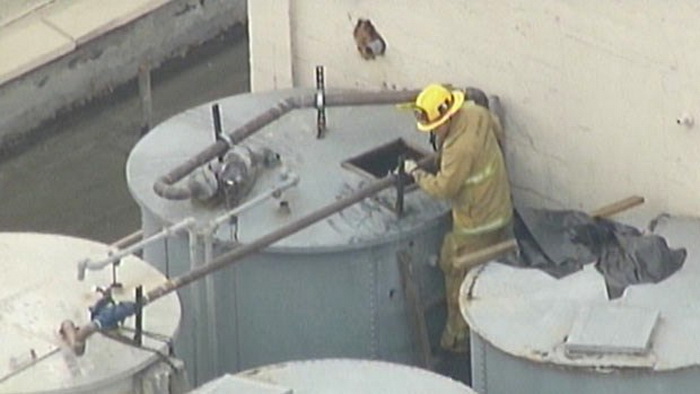 Comin back to more recent times, this 2013 incident was the latest reported happening at the hotel. It concerned 21-year old college student Elisa Lam who was found naked and dead on the roof of the hotel. Other guests had complained of low water pressure and when hotel staff went to investigate, they found her body in a water tank. Although it was recorded as accidental drowning by the coroner, CCTV footage recorded just hours before her death pointed to other explanations. In the footage, Lam was seen looking panicked in the hotel lift and frantically pressing buttons, while appearing to be terrified of something following her. The lift doors do not shut though and she is seen hiding in the corner before speaking with someone off camera. In the end, she simply leaves the lift and is never seen again. 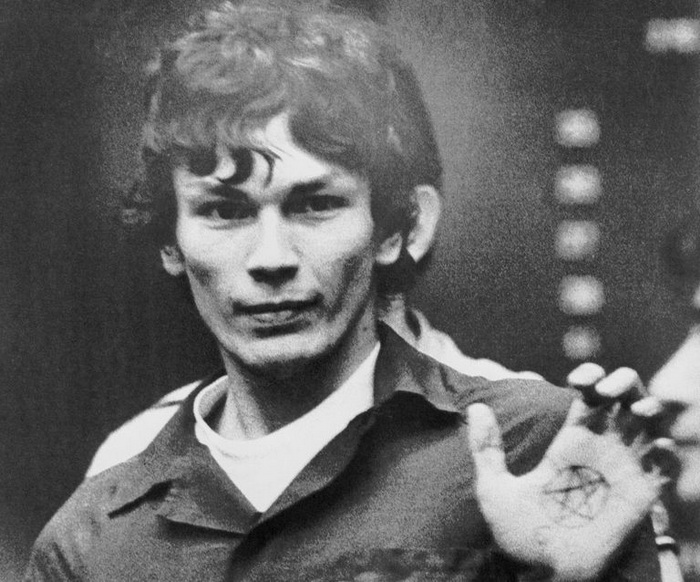 You may not know him by his real name but you will know his infamous nickname – ‘The Nightstalker’. He terrorized the whole Los Angeles and San Francisco area in the mid-1980’s with complete brutality. Ramirez, a known Satanist, would roam the streets at night looking for innocent victims to murder. So, what does this have to do with The Cecil Hotel? Ramirez reportedly used the hotel as regular base and often stayed there when out on his killing sprees. Many believe this was due to the area around the hotel being full of junkies and homeless people that he could murder easily.

This is one murder that happened at The Cecil Hotel that is still unsolved to this day. A retired telephone operator, Goldie was a long-staying guest at the hotel who many recognised. Her nickname came from her habit of feeding the local pigeons who nested close to the hotel grounds. In 1964, she was found dead in her hotel room – investigations showed that she had been assaulted, stabbed and then strangled. Her room had been completely ransacked but the police soon though they had the case solved. Jacques Ehlinger was seen walking through nearby Pershing Square in blood-stained clothes which led to his arrest. His name was later cleared though which means this is one Cecil Hotel mystery that lives on. 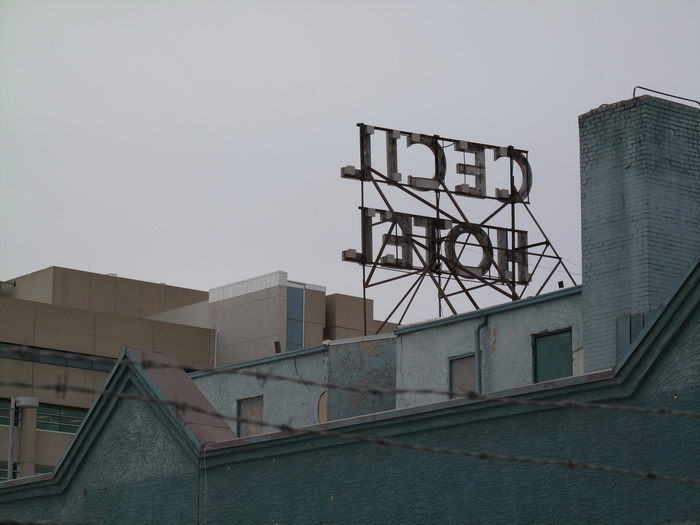 In the 1990’s, this Austrian journalist stayed at The Cecil Hotel when apparently reporting on crime in LA for an Austrian newspaper. In reality, he was a crazed serial killer who used his access to the LA police to evade capture and research possible crime scenes. In the end, he killed 3 prostitutes in the LA area when at the hotel. His undoing was a distinctive ligature that he used to kill all of his victims with. Interestingly, he had been arrested in Austria for murder in 1974 but released years later as Austrian authorities believed him to be rehabilitated. 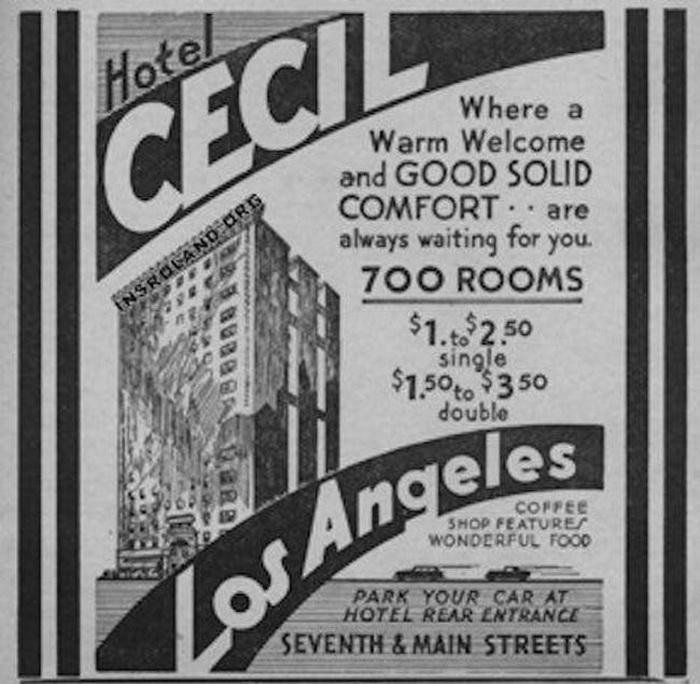 In 1944, Dorothy Purcell chose to spend the night at The Cecil Hotel with her boyfriend, Ben Levine. Purcell woke with terrible stomach pains after both had gone to bed and headed to the bathroom to seek medicine. While there, she released she was pregnant and was in the process of giving birth. Not wanting to wake Levine, she delivered the baby herself but believed it to be dead. Purcell, for reasons only known to her, threw the baby from her hotel window. After the baby’s body was found, Purcell was arrested but not found guilt of murder due to insanity. 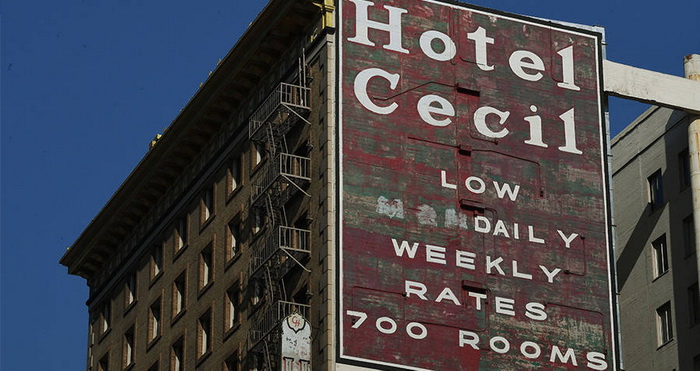 This death from 1962 must be one of the most unusual anywhere in the world! It saw the police baffled as to his killer when he was found flattened underneath the body of Pauline Otton next to the hotel. Upon further investigation, it became apparent that Otton had argued with her estranged husband in a room at The Cecil before jumping to her death from the window. So, how did Gianinni get mixed up in it all? He was simply walking past the hotel at the wrong time – Otton fell directly on top of him, killing them both. 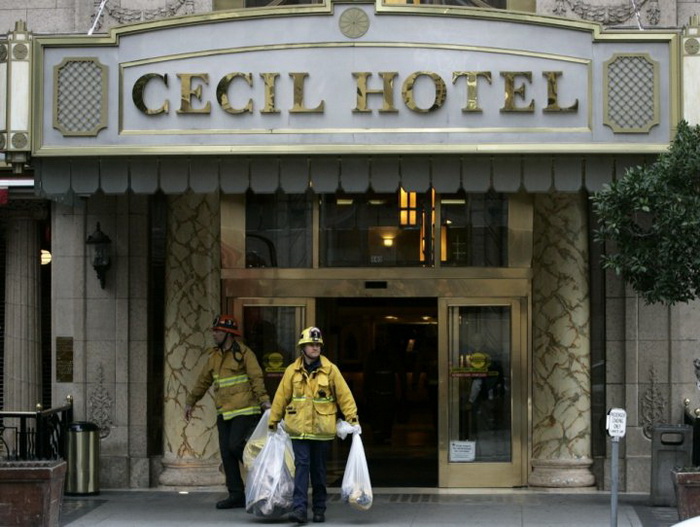 This is another case of The Cecil Hotel being used as a base by people of dubious morals. In 1988, Robert Sullivan checked into the hotel but police soon caught up with him. After calls from neighbours, they found the body of nurse Teri Francis Craig at the home she shared with Sullivan. Although they had lived together for 7 years, Sullivan murdered the nurse in cold blood before hiding out at the hotel. This is just another macabre tale that is attached to this infamous establishment. 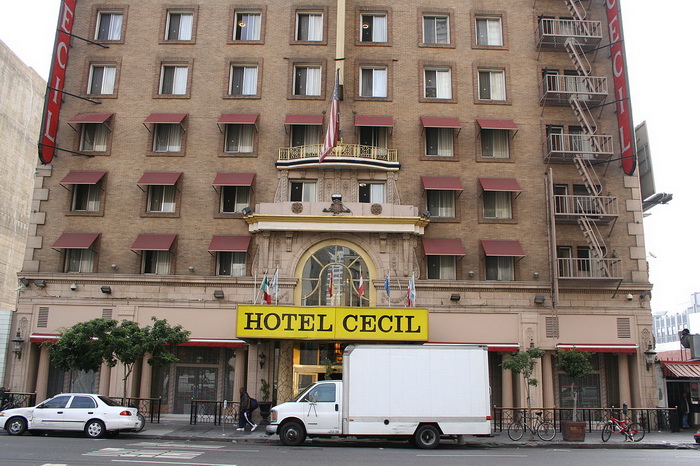 The 1930’s was a really dark time for The Cecil Hotel. It coincided with the Great Depression in America which maybe explained why so many suicides were recorded at the hotel during that decade. From ex-soldier Louis Borden who slashed his own throat in his room to Grace Magero jumping from the window of her 9th floor room in 1937, there were lots of instances that blighted the Cecil in the 1930’s. 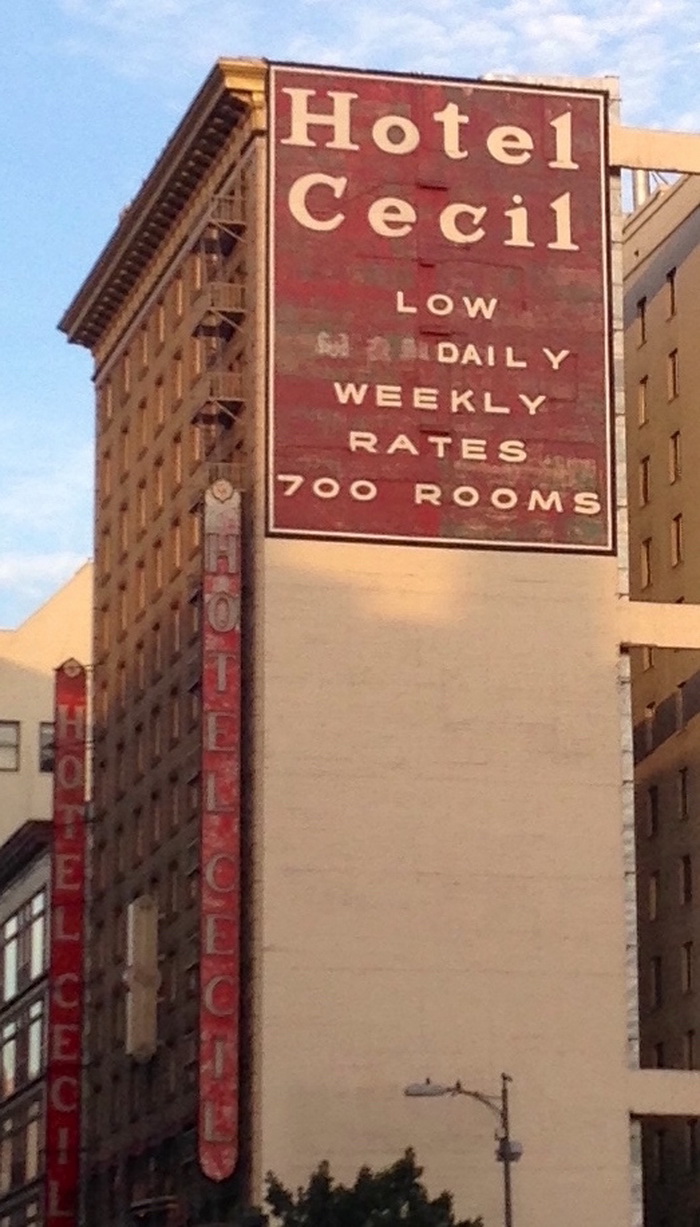 Perhaps the creepiest thing ever seen at this hotel happened pretty recently. In 2014, a young Californian boy appeared to capture a ghostly apparition on his video camera. In the footage, a transparent figure is seemingly shown on the ledge of the hotel’s fourth floor. The video footage was soon picked up by national news outlets and linked to the hotel’s gruesome past. With the high number of suicides that have taken place there over the years, it would be no surprise to find spirits of the dead trapped there for eternity.

There is no doubt that The Cecil Hotel is a very eerie and strange place. Although a respectable and luxury establishment when first opened, it soon became a magnet for the dregs of society to inhabit. Whether it can reverse this dark history and become a place where people go to enjoy themselves again, only time will tell.