The role of wingers has changed a lot in the last decade. In the old days, the primary role of the side midfielders was to provide crosses to the strikers—as the managers in the old days preferred playing two strikers up front. But in the current time, wingers have a more profound influence on the attack as they’re expected to cross and also cut-in to find the end of the net themselves. So, we’ve amassed a list of some of the finest talents in the league that might one day make it to the list of the greatests. But for now, these names that you’re about to read would look very familiar to you if you frequently visit sport betting websites where you can bet on football games—as they’re not only on the radar of popular football clubs but also the punters and football managers.
Since these lists could be very subjective in nature, our criterion for selection is based on stats. So, without much fuss, let’s have a look. 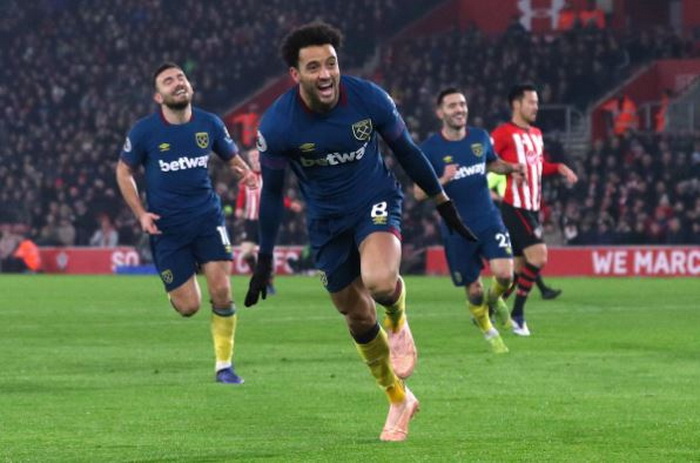 He’s the creative force of the West Ham’s attack and has taken plenty of burden off the shoulders of their spearhead Marko Arnautović. Anderson is arguably one of the best signings this season considering his price and the quality he has brought in the Hammers team.
It is often said in the football world that the Premier League is no cakewalk for the new players. History has manifested some of the finest talents making their way into the league from other leagues and struggling immensely to settle in the competition. But it hasn’t been the case with for this young Brazilian. He treaded into the league like he had been playing in it for ages as he never looked like a new player coming into it. He has bagged 8 goals so far and appears on the field like a conductor who orchestrates Hammers’ attacks.
It wouldn’t be a surprise if clubs of upper echelons show their interest in him in the next season. As per the look of things, for now, the future only looks rosier for Anderson. 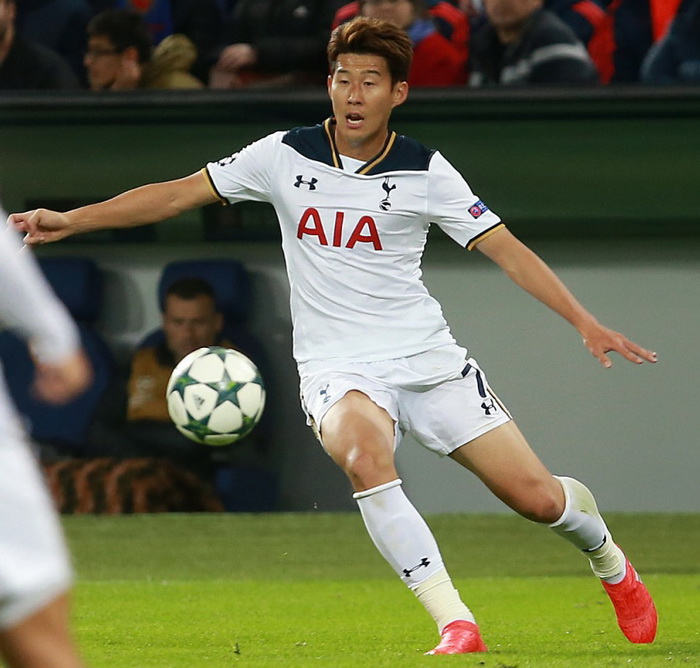 He’s one of the most underrated players in the league. He has saved his side multiple times when they were hit by the injuries. He stepped up this season when Harry Kane and Dele Alli picked up injuries. Even in their Champions League tie against Dortmund, he along with Vertonghen ensured a comfortable win in a game that was being anticipated highly fierce.
Son has the ability to play on multiple attacking positions and usually plays on the wings. Regardless of where he plays, he’s always a threat when he’s on the pitch. Teams usually don’t have players of his quality as their squad players but the Spurs manager is quite a lucky in that regard.
So far, he has scored 11 goals in the league and since now Harry Kane has made his way back into to the team after being side-lined for past few weeks, Son would have a more profound presence of attacking players around him in the final third.
His dribbling ability and intelligent movement coupled with his pace make him a worrisome man for the fullbacks going against him. 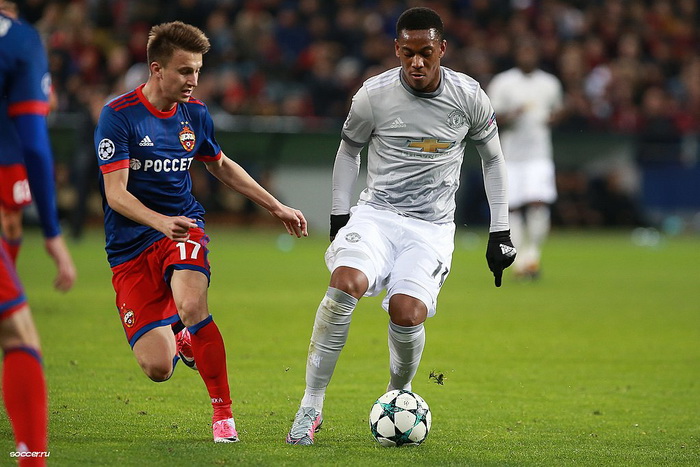 Anthony Martial has been one of the most effective forwards in the Manchester United team this season. Even when their team were suffering from the consequences of the special one’s third season syndrome, he was one of the few players who was still keeping the red flag high.
He’s a crucial part of Ole Gunner’s pace-ridden team. He along with Marcus Rashford and Jesse Lingard bring together a solid attacking unit that always looks daunting on counter attacks. He has scored 9 league goals this season; the majority of those goals came when the team really needed someone to do the scoring for them.
Anthony Martial is one of the finest finishers in the league and every time he runs towards the defenders with the ball, he looks scary to the opposition. 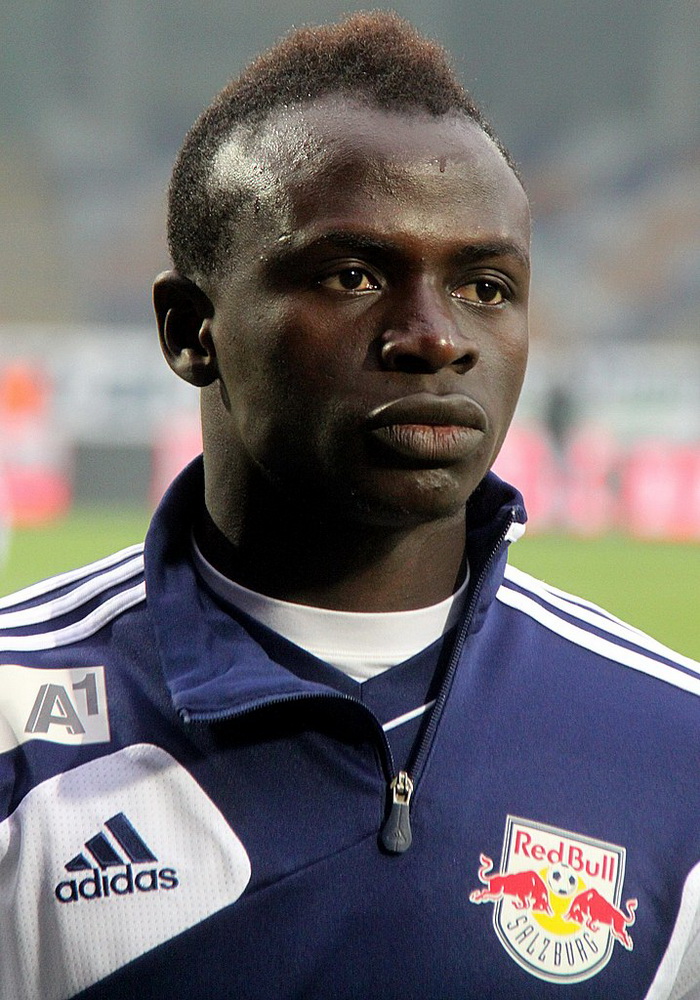 Liverpool’s attacking trio is one of the most fearful ones in the world at this moment. Although Mo Salah’s dream season last year stole some thunder out of this man’s campaign, he’s still one of the most crucial players in Jurgen Klopp’s side. In last year’s Champions League final, when Salah got injured in the first half of the game, it was Mane who kept the opposition’s defence trembling.
He’s among the top 5 scores in the league at this moment with the tally of 14 goals—4 behind Sergio Aguero, who is a striker.
Mane plays on the left flank and is known for his fierce mentality and immense work rate. His brilliance might often be overlooked by the football fans but Liverpool fans know what this guy is worth. 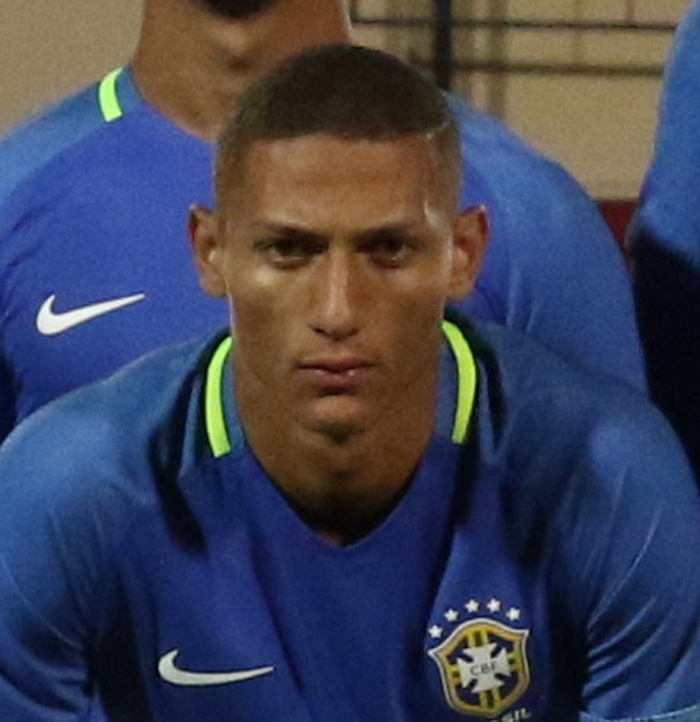 This might seem like a surprising inclusion amongst the heavyweights but this man has earned this spot with his impressive displays over the past few years. Toffees signed him for a whopping £40million transfer fee and so far, it is safe to say that he has shown his worth. Till this date, he has found the net 10 times in the list and has added one assist to his tally too.
What people forget is the fact that he’s only 21 right now and has a rosier future ahead of him. 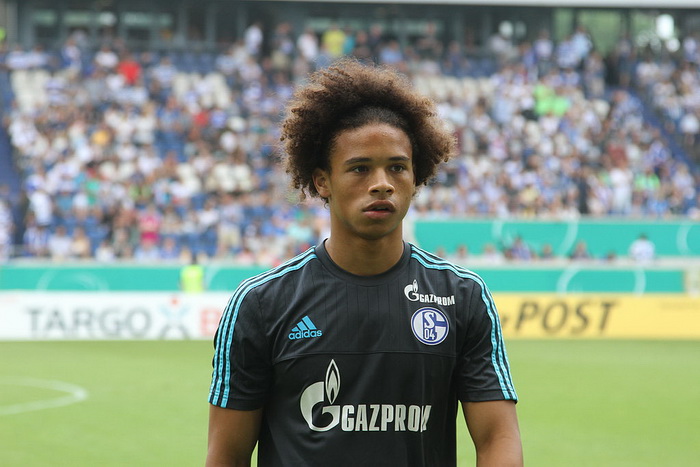 Sane had a rough start of the campaign following his omission from the World Cup team. His attitude was questioned by multiple people including his coach. But as the season progressed, Leroy proved why he was last year’s Young player of the season. But as the season progressed, the young German managed to jump into the good books of his manager.
He has tallied 8 goals and 9 assists so far this season — pretty impressive numbers if you take the number of games he has played into consideration.
His improvement over the last few seasons has been noteworthy and his manager deserves an awful lot of credit for his transformation. He plays as a wide winger on the left flank and always possesses an advantage over the opposition for his pace and sublime dribbling. 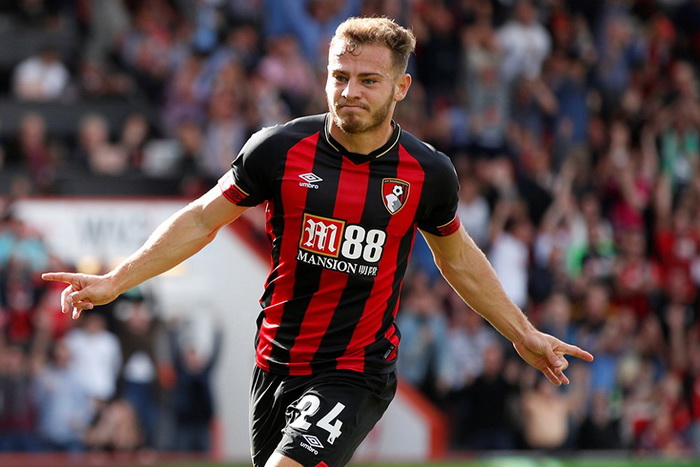 Dubbed Scottish Messi by the fans of Cherries and plenty of fantasy football managers on Reddit, Ryan Fraser has been an integral part of the free-flowing Bournemouth’s team that is known for its attacking prowess. He plays as a wide winger in Eddie Howe’s system and is one of his go-to-men. Eddie Howe is a big fan of the 24-year-old himself and has a lot of faith in him. In an interview, he praised him by saying, “He can go wherever he wants to go, with his age, attitude, he has a really bright future. The key thing for him is believing how good he is and he’s reinforcing that himself with his goal and performance.”
He has been involved in 14 goals so far this season with the tally of 9 assists and 5 goals. His partnership with Callum Wilson has been instrumental to Cherries success this season. 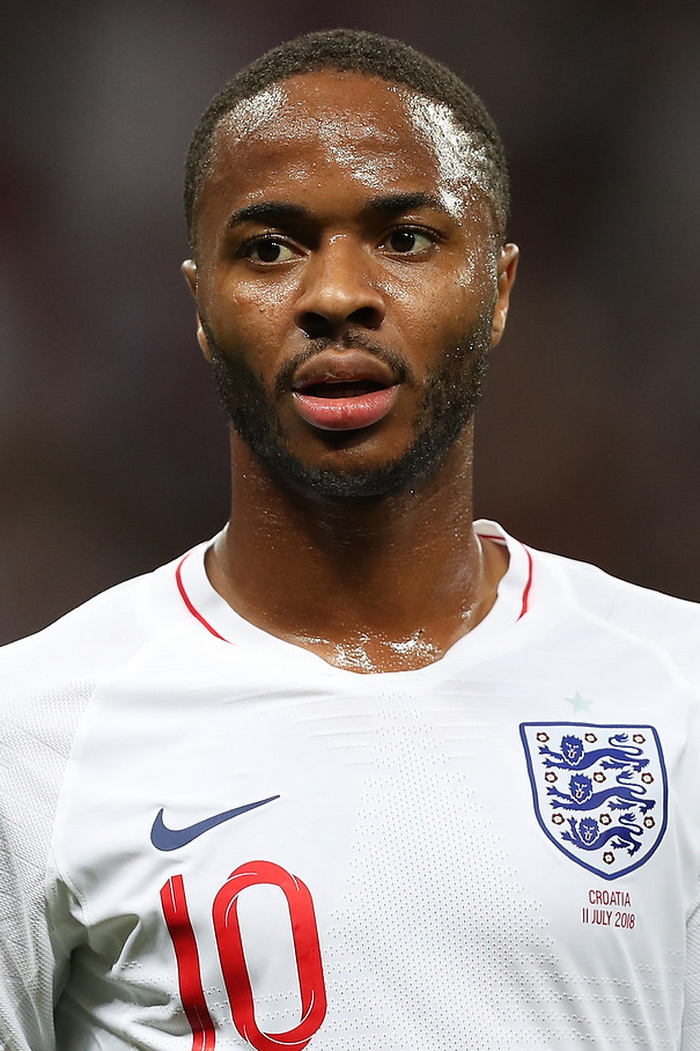 One of City’s best players this season. See him play for England, then see him playing for the Manchester Blues—you’ll see two different players. Regardless of the slew of options Pep has for rotation for wingers, this man is usually the Spaniard’s go-to man for every game. He can play on both of the wings and similar to Leroy Sane, he can cause some mayhem in the final third with his pace and dribbling.
His impressive season amasses 12 goals and 9 assists—he has been involved in a total of 21 goals; only one less than Eden Hazard.
Ideally, Pep prefers playing him on the right flank, but he has featured on the left too sometimes when the manager has wanted to rotate his wingers. Without a shadow of a doubt, Sterling could easily walk into the Premier League XI of the year—if he keeps performing like the way he has been doing the whole season. 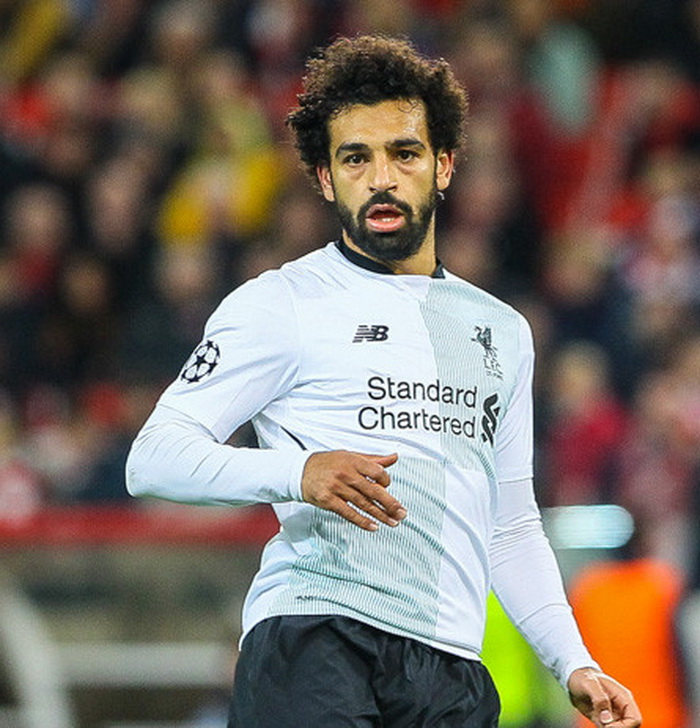 Obviously, it’d be criminal to make a list of best wingers in the premier league—or perhaps the world—and not include the name of this Egyptian. Mo Salah was arguably one of the most important players in the Premier League last season when he left his imprints among some of the greatest players that have ever graced the league. He surpassed the record of Cristiano Ronaldo and Luiz Suarez by scoring 32 games in a season.
Speaking about this season, although this one hasn’t been a dream season akin to the last one, nevertheless, he still has a whopping 17 goals—only one shy of Sergio Aguero—and 7 assists; which still makes it a fantastic season for him.
All attacks of Liverpool are created around Salah and for obvious reasons. He sits on the shoulder of the fullbacks and the last defenders and his quick feet add an unparalleled advantage to his dribbling skills. 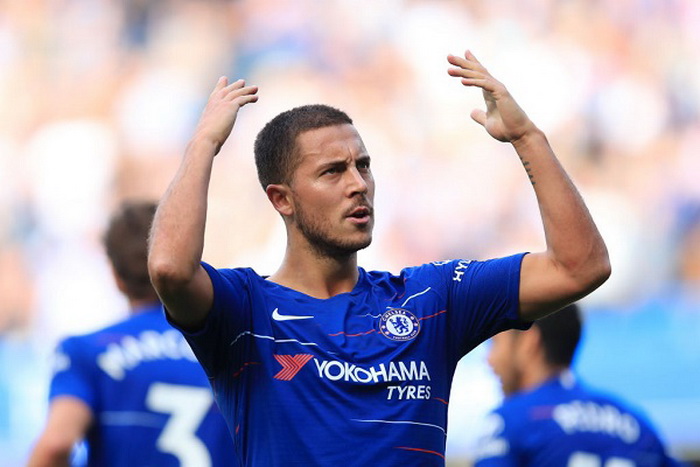 You can’t ignore Eden Hazard on a football pitch. Arguably one of the best wingers in the Premier League and regardless of the which league you follow, you’d know about him if you’re a football fan. Hazard kicked off the season in style by scoring in successive games and providing some crucial assists. Although his manager fancied playing him in the false 9-role a couple of times at the beginning of the season due to lack of firepower in the attack; nevertheless, he made sure the team doesn’t fall short of goals.
However, Chelsea lost some amount of inspiration as they progressed in the season and it somehow affected his form too. He looked helpless at times and Giroud’s injury forced him to play only in the central role and that wavered his form. He went 5 games without scoring but he was still creating chances and provided his team with some important assists.
But ever since Sarri’s old spearhead from his former team their partnership again in the Premier league, it gave Chelsea fans and Eden Hazard a much-needed breather. He’s clearly more comfortable on playing on the left flaks and fancies scything in from the left flank with his blistering pace.
Great players get critiqued the most and Hazard hasn’t been fortunate enough to get away with it. He was criticised by a few fans and experts for not being the “team player” he is supposed to be but his numbers this season do the talking for him. He has the been involved in 22 goals with 12 goals and 10 assists—no player in the league has been involved in as many goals as him.
He’s truly one of the best wingers and has been on the radar of Real Madrid for many years. It wouldn’t be a surprise if he leaves the club next summer.