Barney Stinson (Neil Patrick Harris) is Ted Mosby’s wingman. Also Barney considers Ted his best friend. Barney is a perfect womanizer. But he has his own reasons for that. Barney was once a hippie and he wanted to join the peace corps but lost his one serious girlfriend, Shannon, to a suit wearing rich womainizer. That’s why he always prefers to wear suits.He became that man and ever since is always seen out in a suit except to funerals. He considers Ted his bestfriend but once he violated the bro code and slept with Robin,who is Ted’s ex. In fact Barney has true feelings for Robin, as revealed to Lily,but also he does his best to hide them. They ended up dating briefly but broke up after half a season. Check out 10 Most Hilarious Barney Stinson Quotes below.

Yelling at Ted for waiting to have sex with a woman:
“The only reason to wait a month for sex is if she’s 17 years, 11 months old.”

(After Marshal thinks his professor is tough on her grades because she needs to get laid)
Barney Stinson: Marshall, I’ve thought it over and I accept your challenge.
Marshall Eriksen: I didn’t challenge you to have sex with…
Barney Stinson: Tomorrow, the cougar hunt begins.
(After Barney points Marshal to his professor’s low-cut shirt)
Barney Stinson: The cougar displays maximum cleavage possible to captivate her prey. You’re watching them bounce, she’s about to pounce.

Explaining his strategy for Halloween parties
“Every Halloween, I bring a spare costume, in case I strike out with the hottest girl at the party. That way, I have a second chance to make a first impression.”

“Oh right, because there can be too many of something wonderful. Hey Babe Ruth, easy big fella, let’s not hit too many homers. Hey Steve Gutenberg, maybe just make three Police Academy movies. America’s laughed enough.”

“Do you have some puritanical hang up on prostitution? Dude, it’s the world’s oldest profession.”

Getting defensive about his potential love for Robin:
“You know who is confused? Bimbos. They’re easily confused. It’s one of the thousand little things I love about them. I love their vacant, trusting stares; their sluggish, unencumbered minds; their unresolved daddy issues. I love them Lily, and they love me. Bimbos have always been there for me, through thick and thin-mostly thin. B-man don’t do thick crust, what up!” 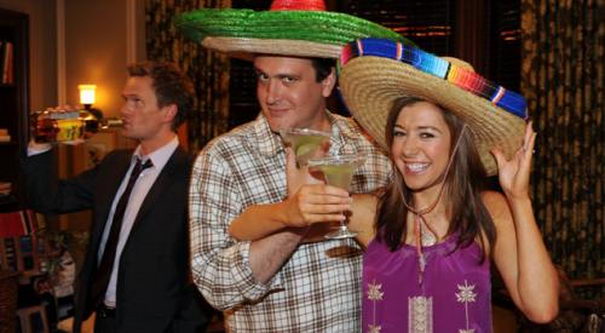 Reminiscing about his first sexual experience:
“That was the night I was born. I rose like a phoenix from her mentholated bosom and strode into the world, Armani-clad and fully awesome.”

Explaining to Marshall about his qualities:
“Think of me like Yoda, but instead of being little and green I wear suits and I’m awesome. I’m your bro—I’m Broda!”

The point is, marriage is stupid. Every day new 22-year olds go into bars, and call me glass-half-full, but I think they’re getting dumber.