Everything film-related is big business, drawing in huge crowds and millions of dollars every year. Some franchises in particular have fans who enjoy more than just the finished film, but who take an interest in the entire film’s background. Of course, that involves the settings to the films themselves; whether they’re filmed in studios or on-location, visiting film sets can be an fantastic day out – or even a holiday! Whether you’re a fan of English comedy, fantasy or psychological horror films, we have a location for you. 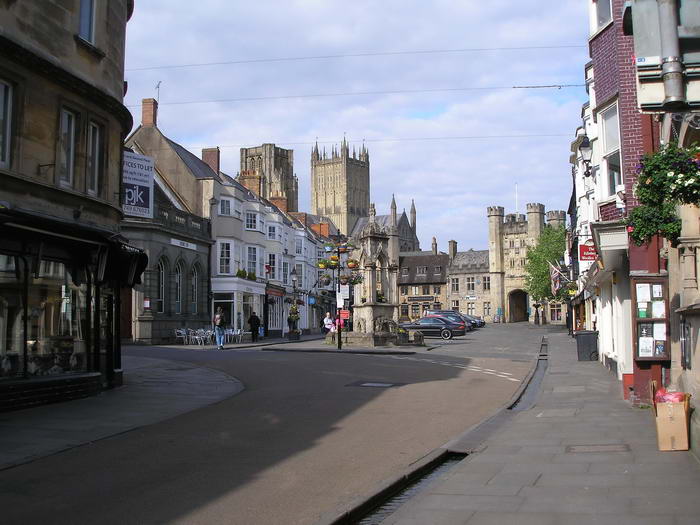 Hot Fuzz, the brainchild of comedic genii Simon Pegg and Nick Frost, is set in the picturesque village of Sandford – otherwise known as Wells in Somerset. The city’s market square, cathedral and music school are all recognisable locations which were used within the film. This city has also been used in numerous other films including The Gathering, so take a stroll around its streets and see how many filming locations you can pick out!

09 – The clock tower (Back to the Future and many more) – Courthouse Square, Universal Studios, Hollywood 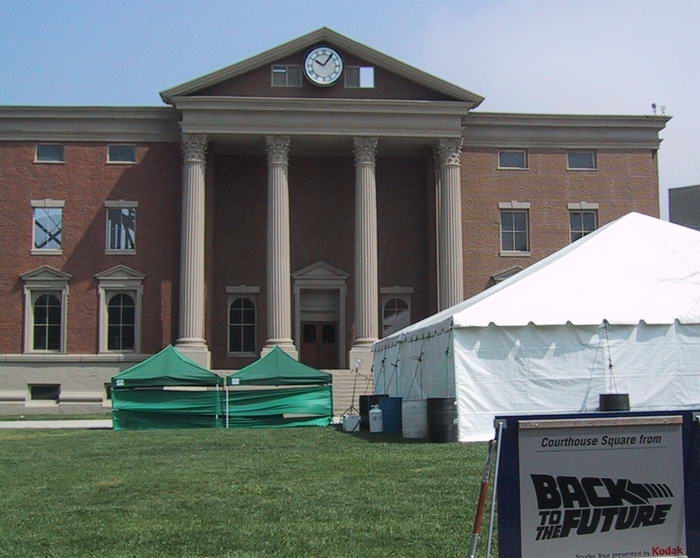 By Jawed at en.wikipedia [GFDL or CC-BY-SA-3.0], from Wikimedia Commons

Believe it or not, the clock tower which appears in the classic ’80s film Back to the Future is actually a manmade facade on a film set; it wasn’t filmed on location. This film set is at Hollywood’s Universal Studios, and it features on the tour that visitors can take. Two fires have destroyed many original sets, but this one remains standing. It also appears in numerous other films, including The Nutty Professor, Bruce Almighty and many, many more. 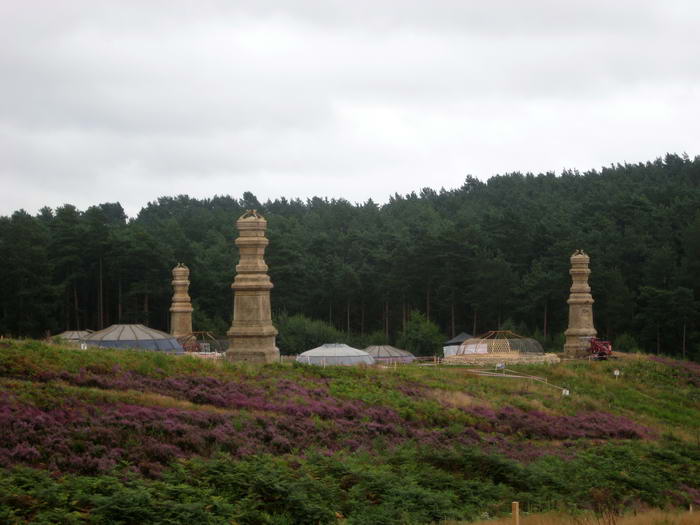 By BabelStone (Own work) [CC BY-SA 3.0], via Wikimedia Commons

Bourne Wood is a section of woodland which has featured in countless films and television adverts over the years. It’s open to the public, meaning that anyone can take a walk through the woods to enjoy the scenery. It is most famous for featuring in the opening of the film Gladiator, but the long list also includes Robin Hood, War Horse, Snow White & the Huntsman and many, many more. 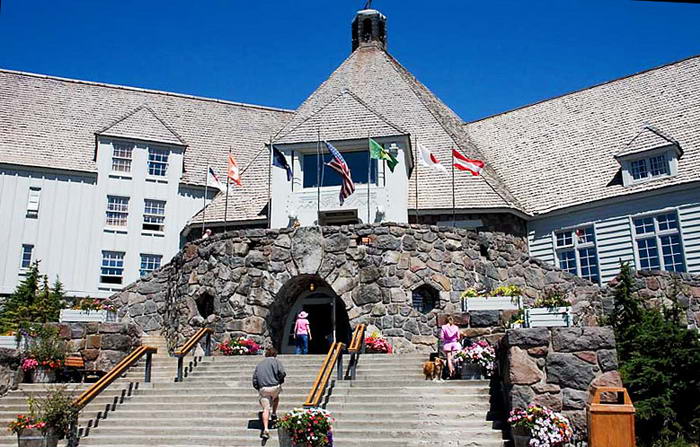 Kkmd at the English language Wikipedia [GFDL or CC-BY-SA-3.0], via Wikimedia Commons

The exterior of the Overlook Hotel in the film The Shining is, in fact, a real hotel, situated in the Mount Hood National Forest in Oregon. The building is actually a National Historic Landmark; it was built around 80 years ago. Enjoy a day of skiing, then head back for a night at the hotel where Jack Torrence stayed – if you dare… 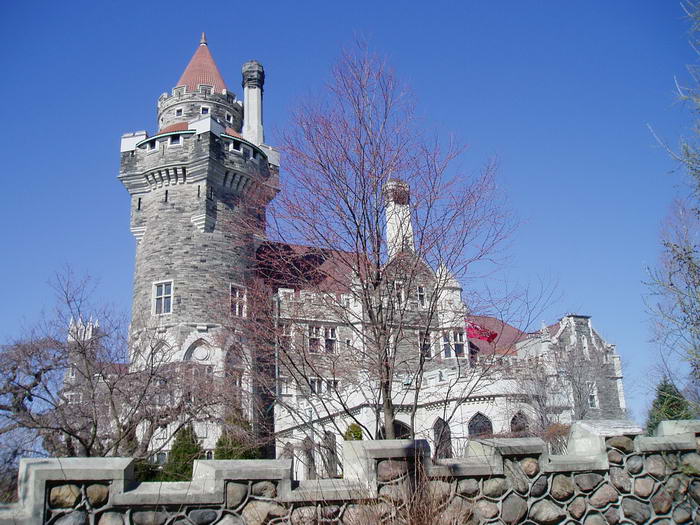 By The original uploader was SimonP at English Wikipedia (Transferred from en.wikipedia to Commons.) [GFDL or CC-BY-SA-3.0], via Wikimedia Commons

Built over 100 years ago, Casa Loma was originally a house and gardens, but it’s now open to the public as a museum and tourist attraction. Its gothic style architecture has made it a popular choice for the filming of many different titles, including the X-Men series and Scott Pilgrim vs the World, Chicago and more. 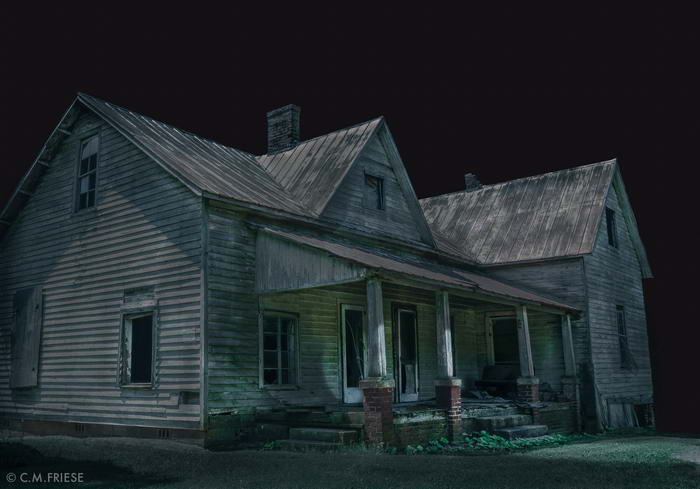 Henry River Mill Village in North Carolina used to be a working town with a mill which produced yarn. However, over the years production dwindled, and in the 1970s the village had to be abandoned. That made it the perfect filming location for District 12, one of the areas in the Hunger Games franchise, which is meant to be pretty bleak. As a result of all the attention from the film fans, the owner of the village has decided to put 72 acres up for sale. You can snap up this iconic film location for a cool $1.4 million. 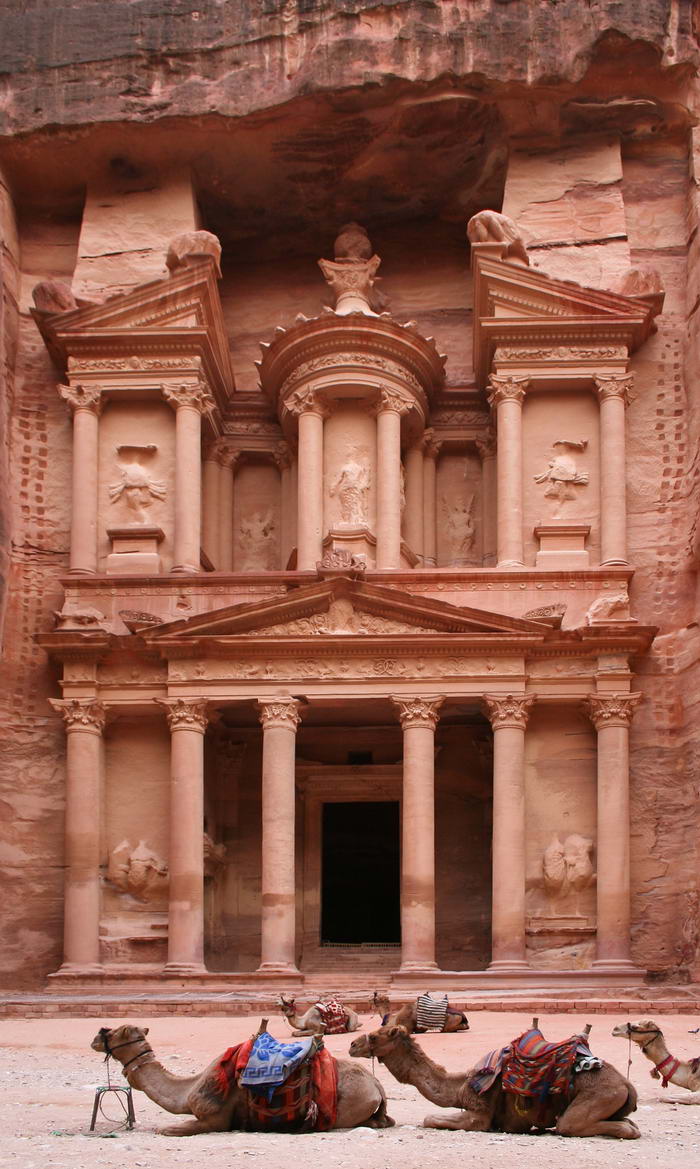 When Indiana Jones laid the Holy Grail to rest in The Last Crusade, the scenes were shot on a Hollywood film set. However, the exterior shots were very real – they were filmed at Al Khazneh, one of the most exquisite temples in the ancient Jordanian city of Petra. This is already a hugely popular tourist destination, so it’s just ready and waiting for you to visit! 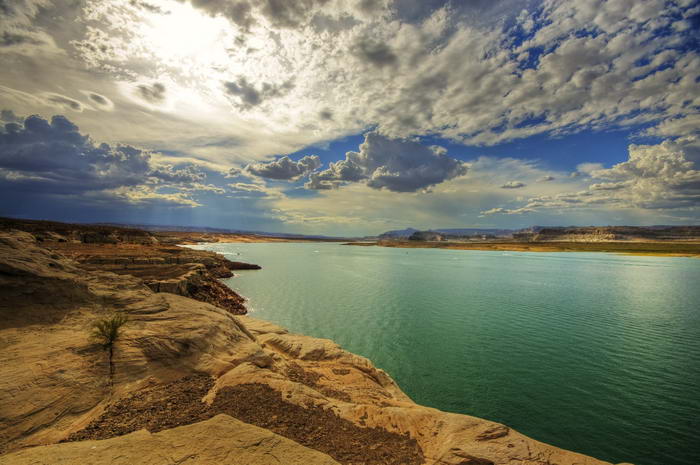 By Wolfgang Staudt from Saarbruecken, Germany (Lake PowellUploaded by russavia) [CC BY 2.0], via Wikimedia Commons

You can be forgiven for thinking that the land in which the monkeys lived in Planet of the Apes was created from computer graphics. In fact, it is a very real place; much of the film was shot in Arizona and Utah. Lake Powell is one such filming location, which features some simply breathtaking views. It’s a popular destination for the more adventurous among us, so pack your hiking boots and head on over! 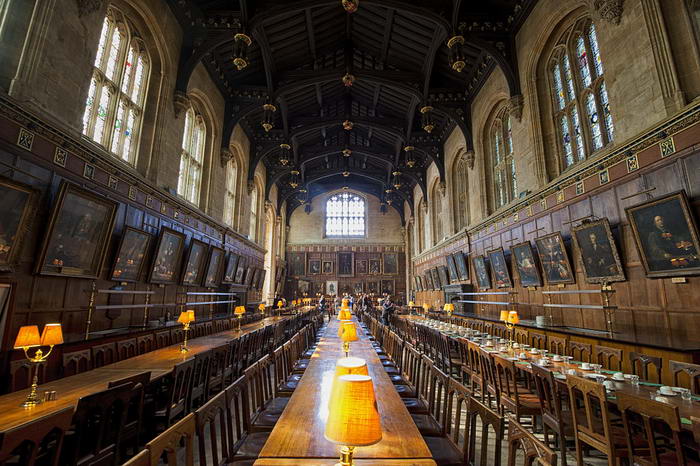 Many fans of JK Rowling’s wizardly book and film franchise are bursting with the desire to visit the locations where the film was shot. Unsurprisingly, it was filmed in countless different places, most of them in England. Alnwick Castle is one example (which would make an interesting day out even if it wasn’t for the film link), as are Gloucester Cathedral, the Bodleian Library and Christ Church College, Oxford. These are all in addition to the official studio tours, so if you’re a hardened Harry Potter fan, why not take a few days out and explore it all?

01 – Multiple scenes (Lord of the Rings and The Hobbit) – Matamata, New Zealand 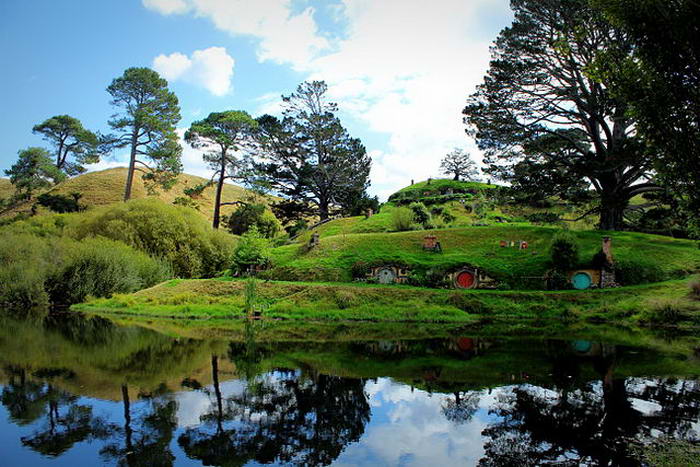 It’s no secret that many of the Hobbiton scenes in The Hobbit and the Lord of the Rings films were shot in New Zealand. However, what few people know is that the Hobbit holes were actually built into the hillsides, and they’ve been left in place as tourist attractions. New Zealand is a beautiful country to visit in its own right, but this charming filming location is just giving you yet another excuse to visit!