The Eternal City ‘’Rome’’ is, without doubt, a paradise for any tourist. History comes to life in Rome everywhere you visit, everywhere you roam. For almost 1,000 years, Rome was the largest, wealthiest and most important city in Europe, also in the world. Today’s Roma, is a vibrant and lively city with reminders of its past everywhere. There are a lot of places to see in one of the world’s most famous and historically and culturally rich cities. Whether your emphasis is ancient history, Renaissance art or modern shopping, you would love to visit Italy’s capital Rome. If you are planning to visit The Eternal City, don’t forget to check out cheap flights to rome.
Here are 10 Most Visited Tourist Attractions In Rome. 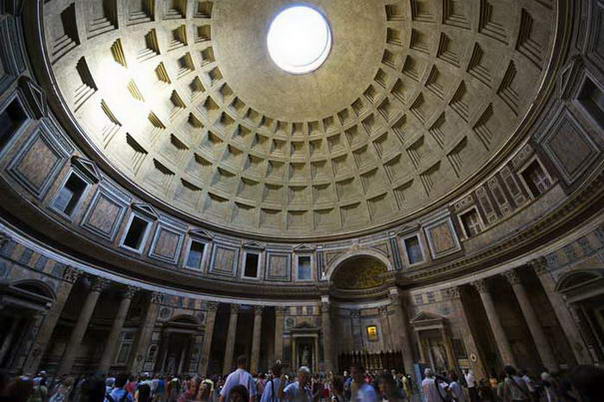 With its old-thick brick walls and marble columns, the Pantheon makes an immediate impression on tourists. But the most remarkable part of the building is the more than 43 meter high dome. The Pantheon was the largest dome in the world until 1436 when the Florence Cathedral was constructed. 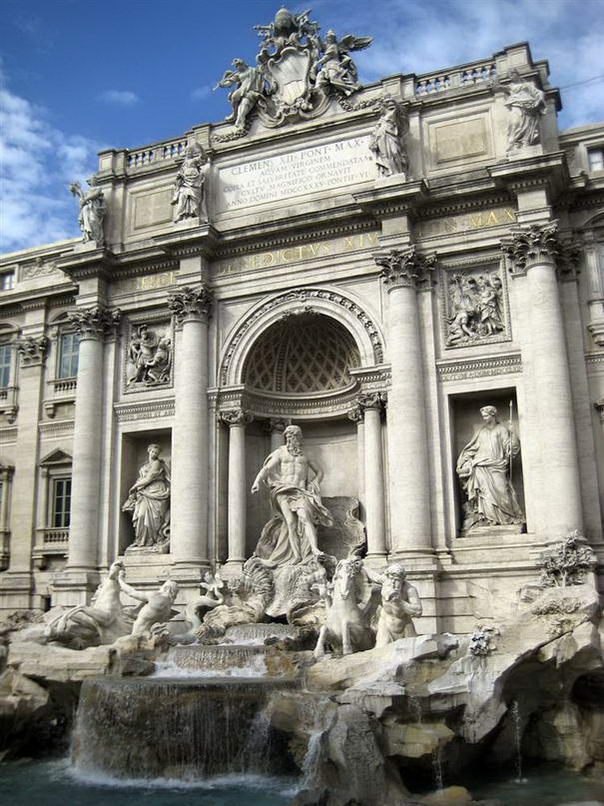 ‘’The Fontana di Trevi’’ is absolutely the most famous and arguably the most beautiful fountain in all of Rome. This impressive monument dominates the small Trevi square located in the Quirinale district. 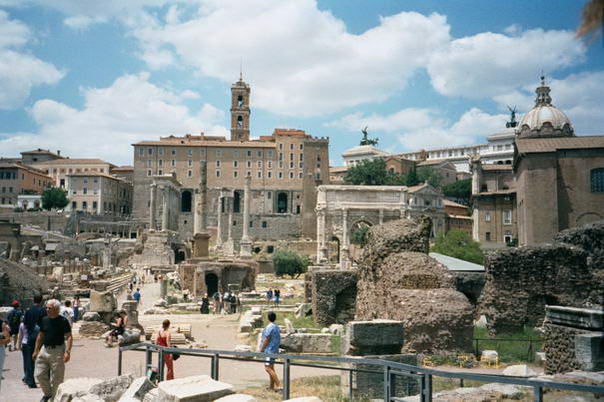 After the fall of Rome, the ‘’Forum Romanum’’ became pasture. Archaeologists believe the establishment of the forum was the result of a deliberate and large-scale landfill project. 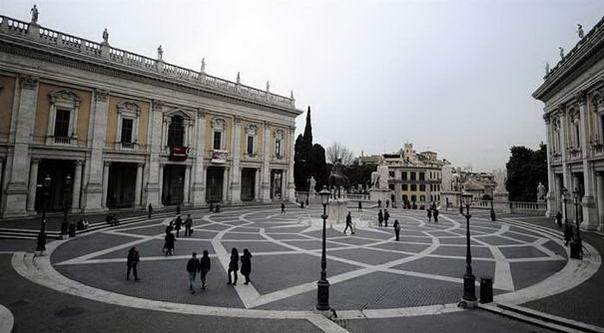 Piazza del Campidoglio was the result of famous painter Michelangelo’s plan for the revival of the Capitoline Hill, a site of great importance since antiquity. 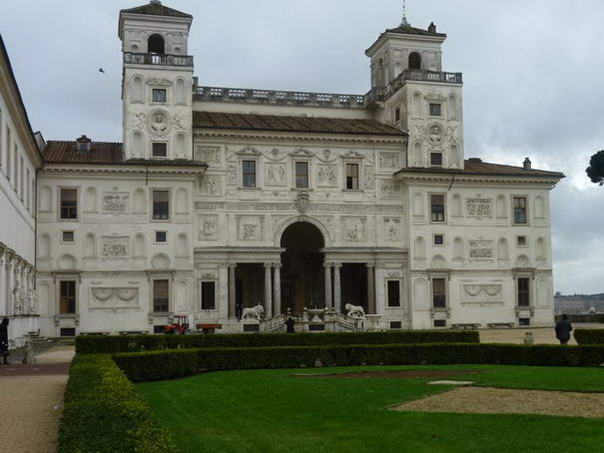 The Villa Medici, founded by Ferdinando I de’ Medici, Grand Duke of Tuscany and now property of the French State, has housed the French Academy in Rome since 1803. A musical evocation of its garden fountains features in Ottorino Respighi’s Fontane di Roma. 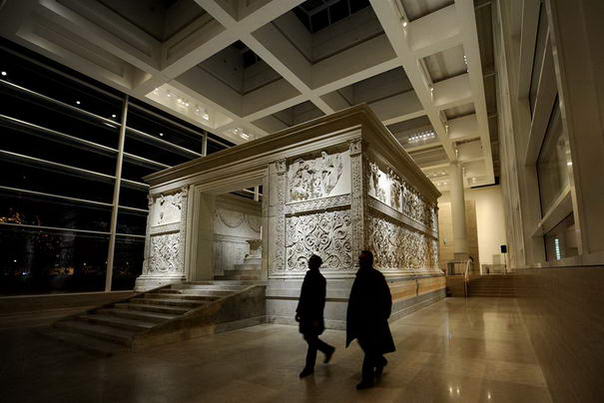 The Ara Pacis Augustae is an altar to Peace, envisioned as a Roman goddess. It was commissioned by the Roman Senate in 13 BC to honour the triumphal Gallic and Spanish campaigns of the Roman emperor Augustus and was consecrated in 9 BC by the Senate to celebrate the peace established in the Empire after Augustus’s victories. 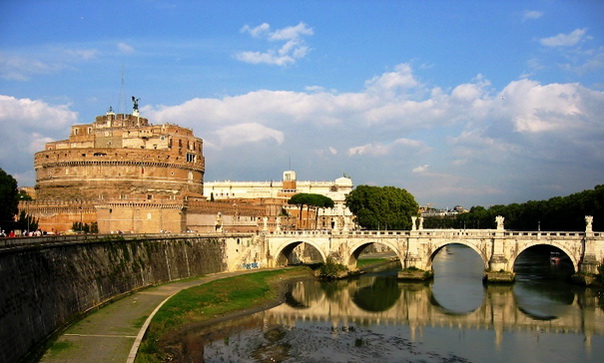 Castel Sant’Angelo was originally built by Emperor Hadrian as a mausoleum and housed the remains of Hadrian and his successors up to Caracalla. Its design was inspired by that of the Mausoleum of Augustus, built a century earlier. 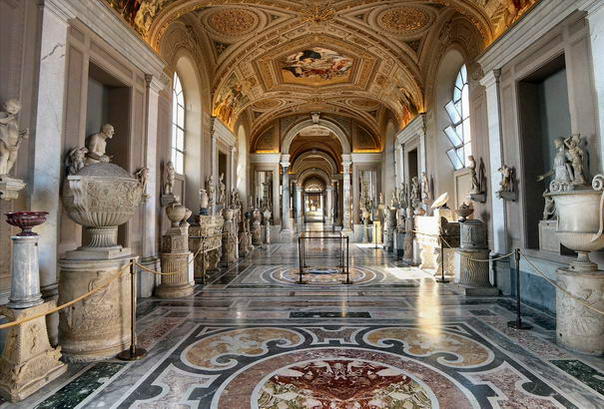 Vatican Museums are founded by Pope Julius II in the early 16th century and enlarged by successive pontiffs, the museums are housed in what is known collectively as the Palazzo Apostolico Vaticano. 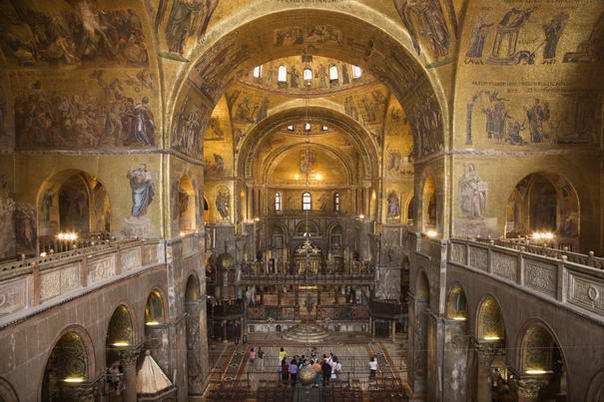 For St. Peter’s Basilica interior nave, Michelangelo ensured that the basilica’s interior, the largest in the world, would be a soaring, well-lit space in spite of its gigantic, overwhelming proportions. 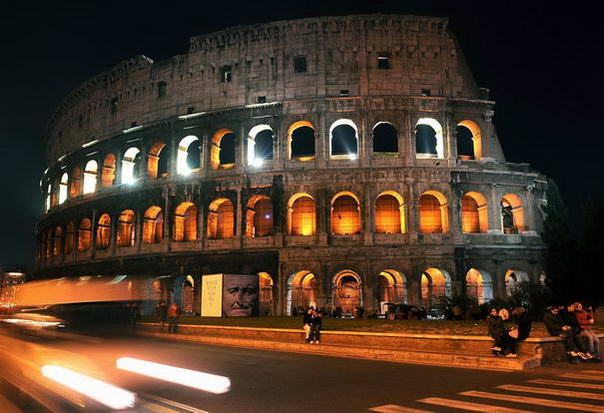 The Flavius amphitheatre is the biggest and most imposing in the Roman world, but is also the most famous monument in Rome and is known as the “Colosseum” or “Coliseum”. Started by Emperor Vespasian of the Flavia family, it was opened by his son Titus in 80 A.D.
The highly ostentatious opening ceremony, lasted one hundred days during which people saw great fights, shows and hunts involving the killing of thousands of animals (5000 according to the historian Suetonius).