Some people are meant to change the world using their talent. These 10 architects left works of arts behind them and they will never be forgotten: 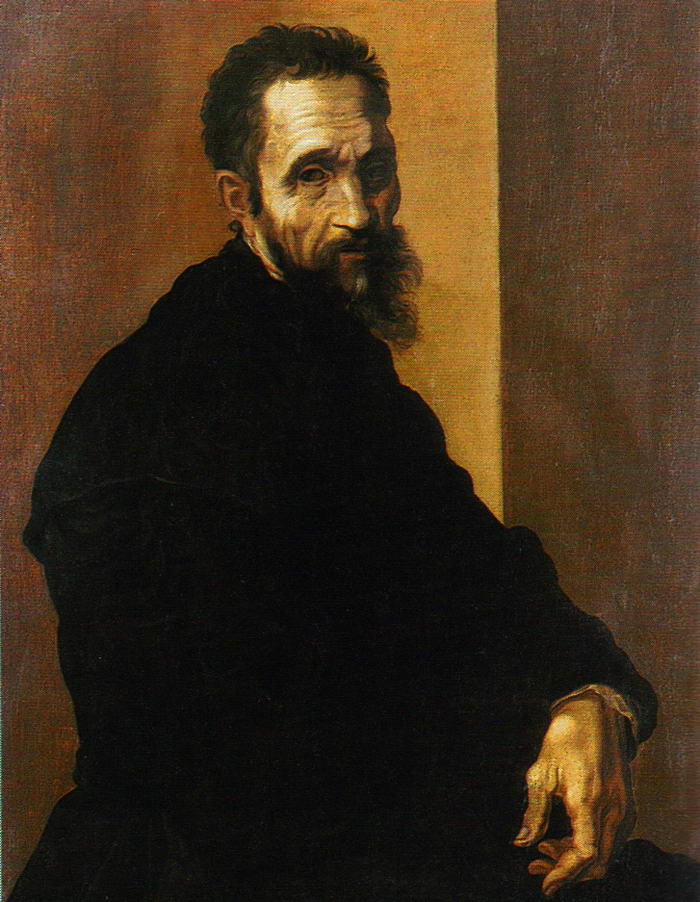 Jacopino del Conte [Public domain], via Wikimedia Commons
Although he is famous today for its paintings and sculptures, Michelangelo was also a very talented architect. In 1523,Pope Clement VII commissioned Michelangelo to design a two-story library on top of a convent. His most famous contribution to architecture is the dome of St. Peter’s Basilica.

Michelangelo’s contemporary in the Ottoman Empire was Mimar Sinan. Working in the 16th century, he designed more than 300 structures such as mosques, palaces, schools and other buildings. Although born Christian, Sinan was drafted into the Janissary Corps and converted to Islam.His masterpieces include the Selimiye mosque in Edirne, as well as the Süleymanive mosque in Istanbul. 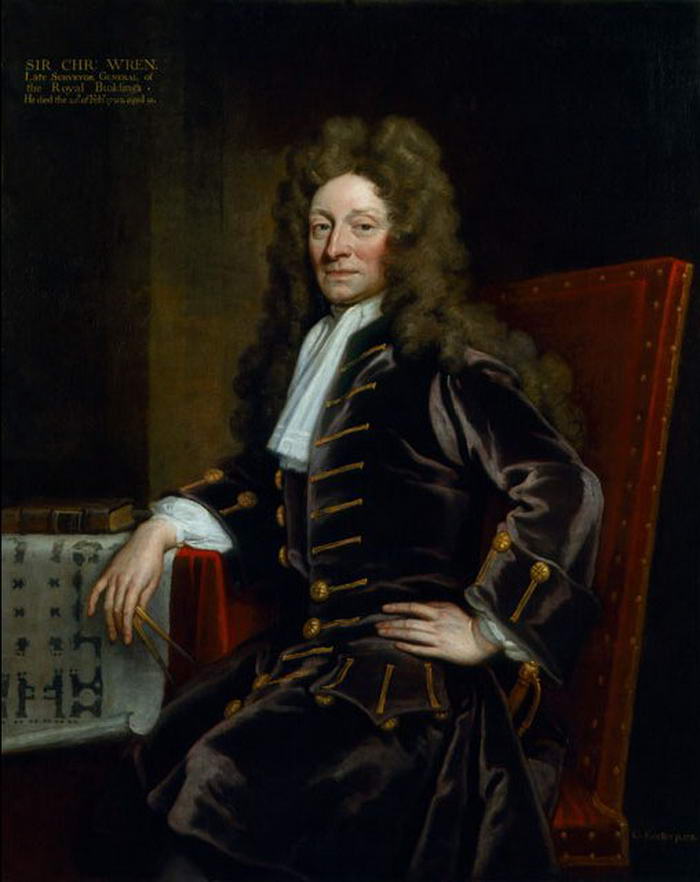 Sir Godfrey Kneller [Public domain], via Wikimedia Commons
In the 1660s, Wren was commissioned to design the Sheldonian Theater at Oxford. In 1666,he had completed a design for the St. Paul’s Cathedral dome. One week after it was accepted, the Great Fire of London destroyed the city — including the cathedral.The Great Fire created an unexpected opportunity for Wren, and he was soon at work on reconstruction.He was appointed surveyor of royal works and he was responsible for designing 51 churches,including St. Paul’s Cathedral. 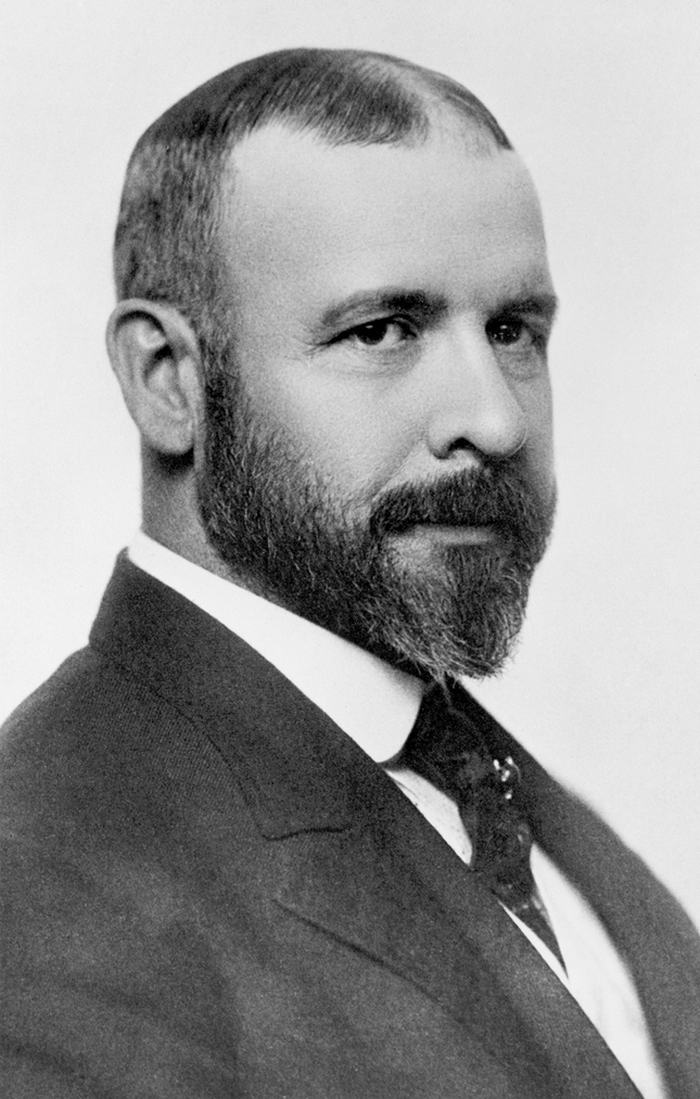 By Unknown(Life time: Unknown) [Public domain], via Wikimedia Commons
Famous for the principle of “form follows function,” he aimed at creating a distinctly American architecture.Like Sir Christopher Wren, Sullivan benefited from a great fire. The Great Fire of 1871 in Chicago resulted in a construction boom and left architects like Sullivan with work for the decades to come.Some refer to Sullivan as the “Father of the Skyscraper” (though others ascribe this title to Jenney). 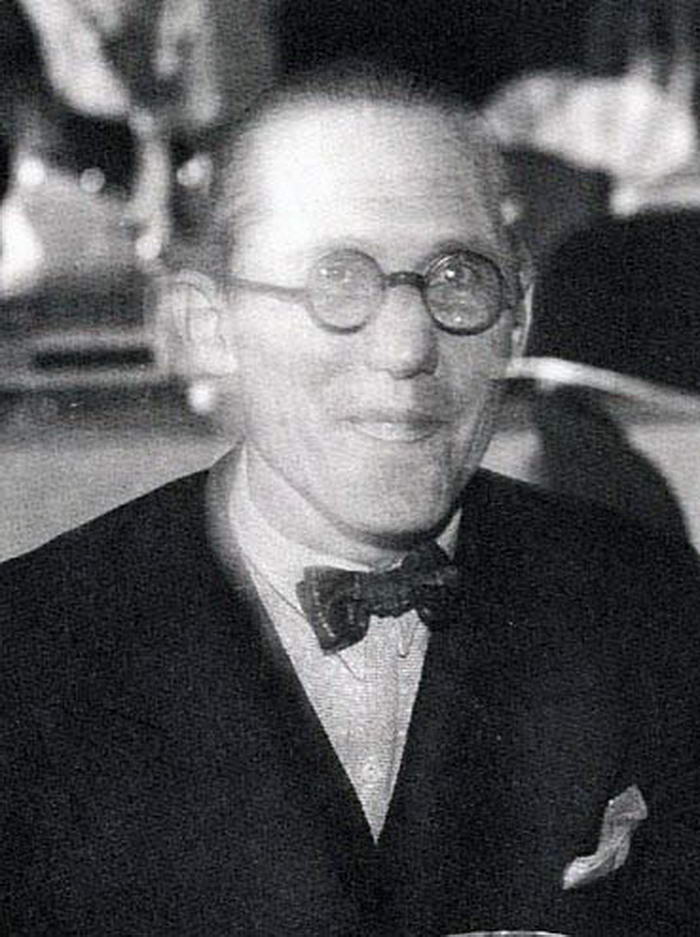 See page for author [Public domain], via Wikimedia Commons
A Swiss-French architect born in 1887, he made some of the most significant contributions to architecture in the 20th century. He and the painter Amédée Ozenfant initiated the publication “L’Esprit Nouveau” in 1920 and wrote under pseudonyms. Jeanneret chose a name from his family lineage: Le Corbusier. He embraced functionalism, rejecting excessive ornamentation, and favored the modern materials. 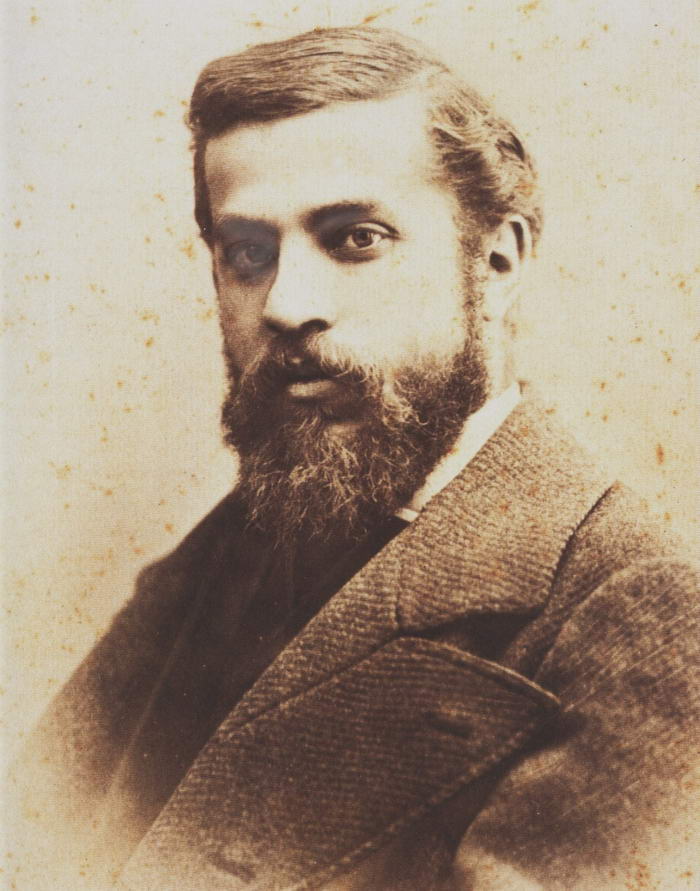 By Pablo Audouard Deglaire (1856 – 1919) [Public domain], via Wikimedia Commons
The Spanish architect Antoni Gaudi developed a style of his own, inspired by God and nature. Born in 1852 Catalonia, Gaudi was a fervent Catholic who believed that he could glorify God by deriving his inspiration from nature..His unique style is part neo-Gothic, part avant-garde, part surrealistic. The Cathedral of the Sagrada Familia in Barcelona stands as his most famous work. 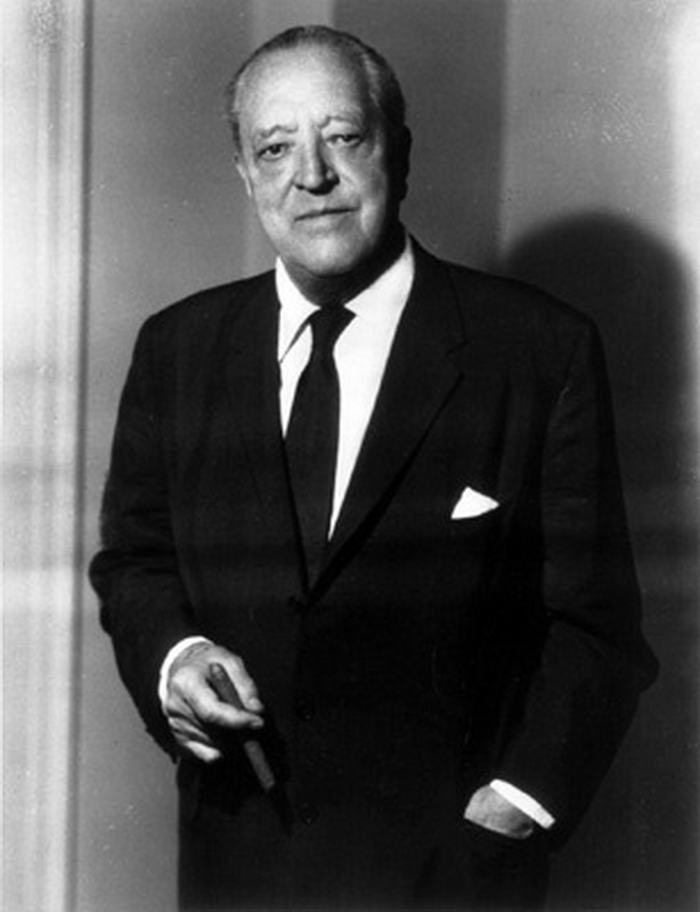 One of the many modern architects that tries to promote the minimalist styles of the 20th century.He was chosen to design the German Pavilion for the 1929 International Exposition in Barcelona. While living in the United States, he designed many famous skyscrapers, including the Seagram building in New York City. His designs display simplicity and elegance without excessive ornamentation. 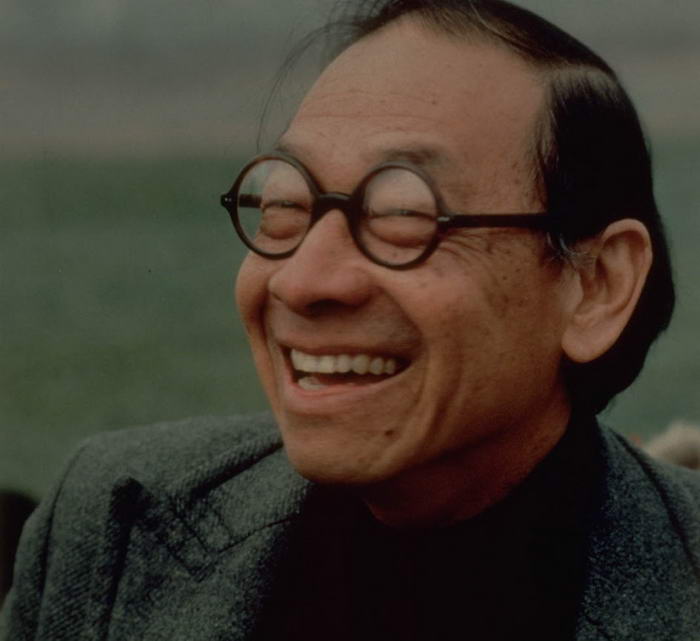 Born in 1917 in China, Ieoh Ming Pei came to the United States in the 1930s to study architecture.His designs are considered a continuation of the International Style popularized by architects like Le Corbusier. In the 1960s, Pei was chosen to design the terminal at the John F. Kennedy International Airport. He is perhaps best known for the glass pyramids in the courtyard of the Louvre Museum in Paris, built in 1989. 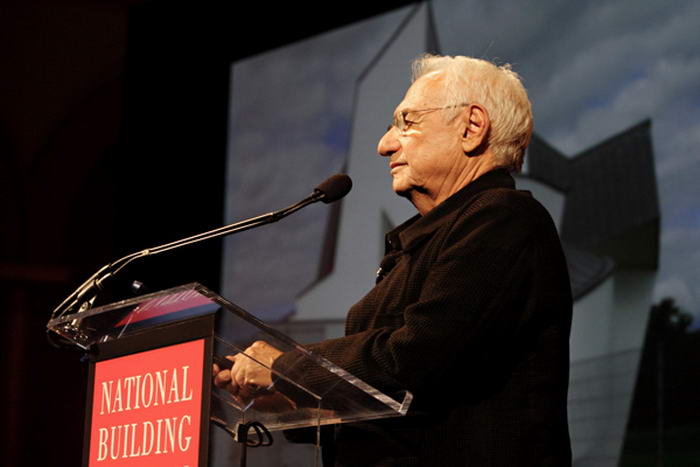 By National Building Museum; photo by Paul Morigi [CC BY 2.0], via Wikimedia Commons
Born in Canada in 1929 and having moved to the United States as a teenager, Frank Gehry eventually became a leading force in the deconstructionist and postmodern styles of architecture.He designed the Guggenheim Museum in Bilbao, Spain, which opened in 1997 and was meant to resemble both a ship and a living creature. He also designed the famous and unique Walt Disney Concert Hall in Los Angeles. 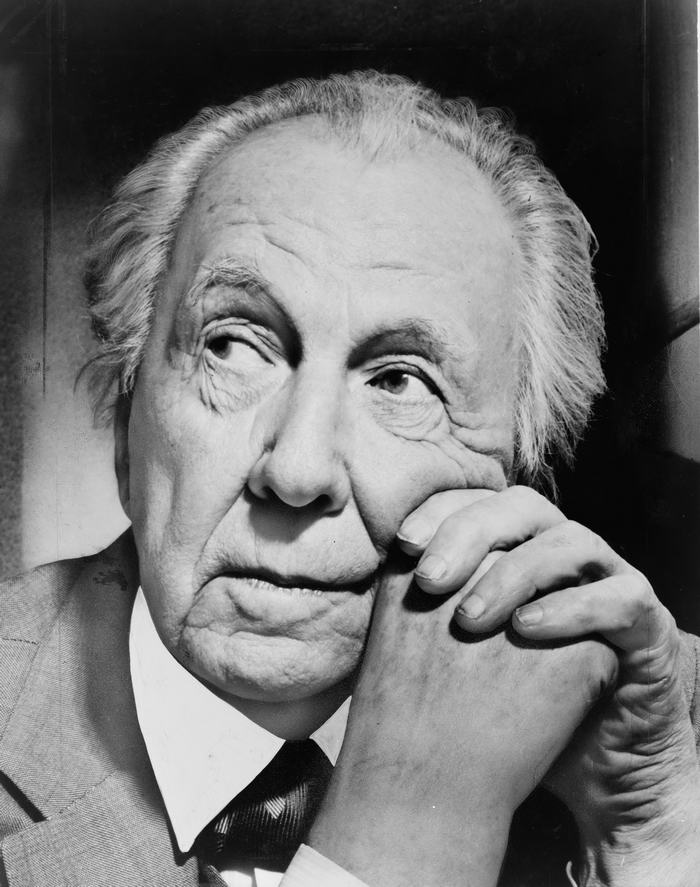 By New York World-Telegram and the Sun staff photographer: Al Ravenna [Public domain], via Wikimedia Commons
Most people agree that Frank Lloyd Wright is the most famous architect of the modern era, if not all of history. In 1935, he designed Fallingwater, a home built over a waterfall in southwestern Pennsylvania. Wright was also responsible for the innovative design of the Guggenheim Museum in New York City, which features a rising spiral walkway rather than individual floors.