Italy is one of the most amazing destinations in the world. It has so much to offer that it would take you years to discover all its wonder. The history, the food, the natural beauty-all these can be found in Italy. Here’s a list of 10 most beautiful places in Italy: 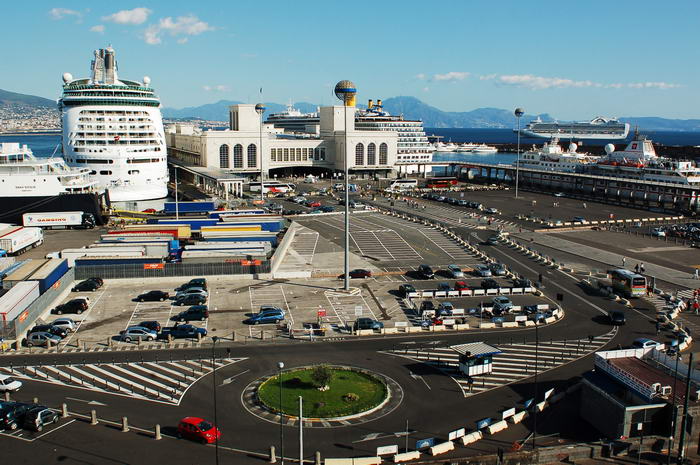 Naples is the capital of the Campania region in the South of Italy. The city of Naples offers a variety of beauties such as artwork and historic sites. With a vibrant nightlife and amazing food, Naples is worth a visit. Many Italian foods originated from here such as pizza, spaghetti and parmigiana. 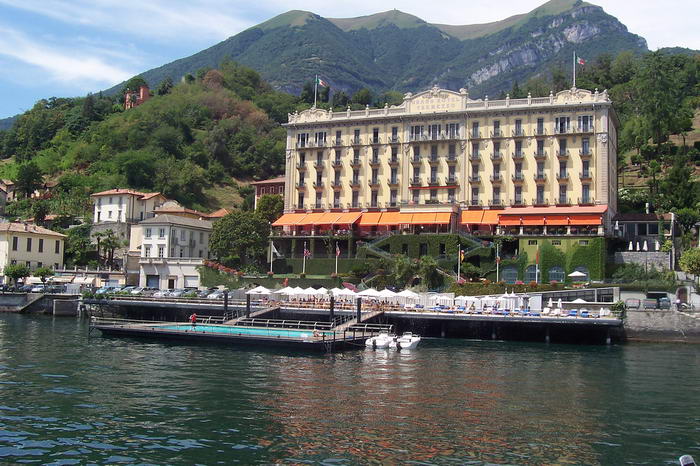 Italian Lake District – By Aloa [CC BY 2.0], via Wikimedia Commons

The Italian Lake District stretches across Northern Italy. Some of the lakes reach deep into the Alps, creating amazing scenery. Garda is the largest lake, and offers stunning views, especially in its mountainous northern stretches. Como is amazing as well, with forested slopes rising directly from the water’s edge. 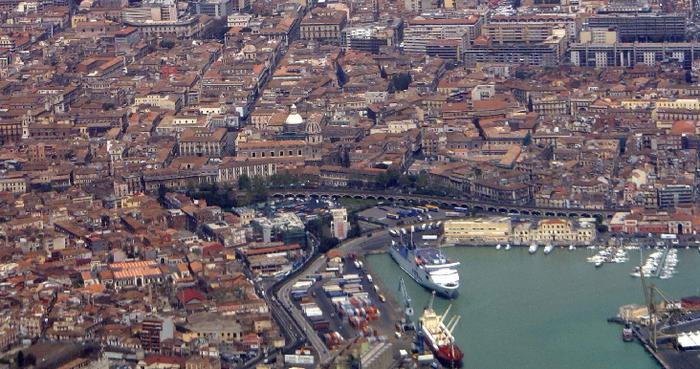 Sicily is an autonomous region of Italy that also includes several smaller isles. It is separated from the mainland region of Calabria by the 5 km Straits of Messina. Home to every great Mediterranean civilization, Sicily is rich in art and history; from Agrigento Valley of the Temples to Palermo’s Baroque churches. The island’s most striking geological feature is Mount Etna, Europe’s tallest active volcano. 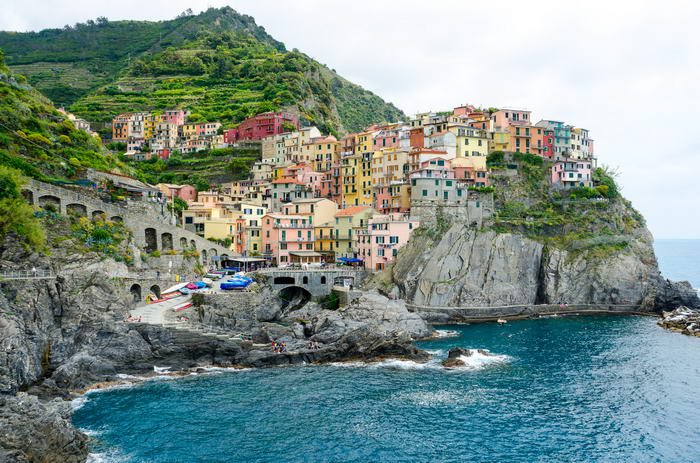 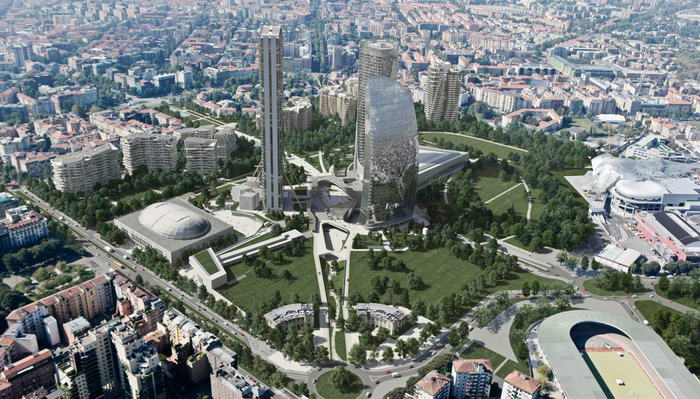 Widely regarded as a mega fashion center teeming in designer shops, Milan also attracts many to its surviving world famous treasures like Leonardo da Vinci’s painting, The Last Supper, the La Scala Opera House, the Castello Sforzesco and one of the world’s largest Gothic cathedral. This city combines the modern with the old, creating the perfect combination for a vacation. 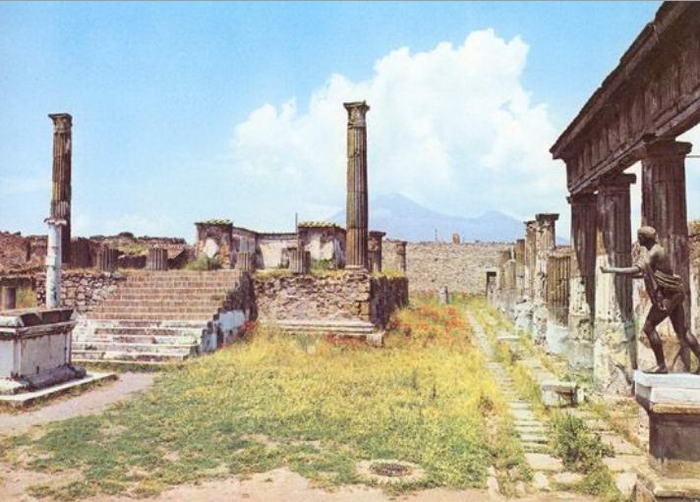 Pompeii is a famous Roman city which was buried under several feet of volcanic ash for nearly 1,700 years after the cataclysmic eruption of Mt. Vesuvius. Excavation of Pompeii began in 1748, and the site is yet to be totally unearthed. The site is located near the modern city of Naples. A tour of Pompeii offers a fascinating insight into the everyday life of the ancient Roman world. Visitors can walk along the ancient streets to see the remains of bakeries, brothels and baths. 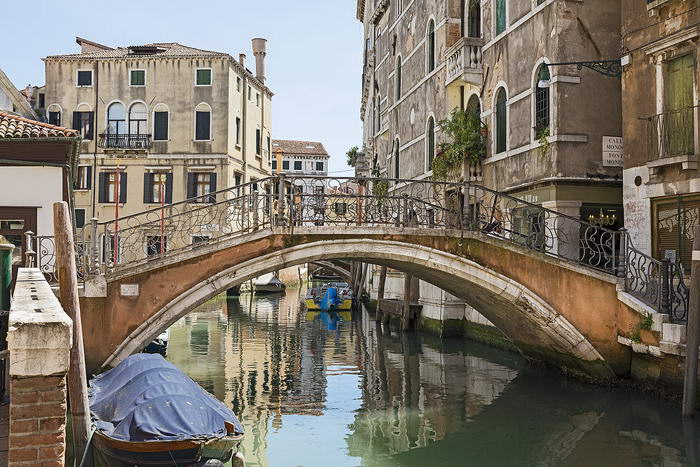 Definitely one of the most popular tourist destinations in the world, Venice is a unique city in that is built upon a lagoon surrounded by the Adriatic Sea. Located in northeastern Italy, Venice is an archipelago of 118 islands all connected by hundreds of beautiful bridges and scenic canals. Of the canals, the Grand Canal is most famous and divides the city into two sections. Venice is widely seen as one of the most romantic cities in the world. One of the most popular things to do is to take a gondola ride along one of its many canals. 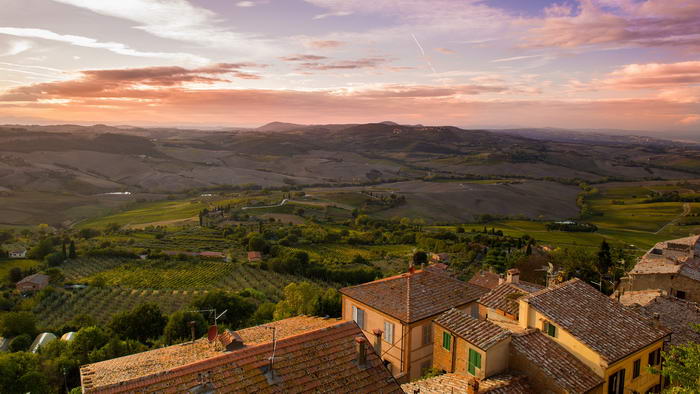 Italy’s most famous region, Tuscany combines images of beautiful rolling hills, olive groves, vineyards and cypress trees. The many pleasures of Tuscany include tasting wine in Chianti, simply relaxing in hill towns such as San Gimignano or exploring Renaissance art in Florence. Elba, the largest of several Tuscan islands, offers great beaches while Pisa is world-famous for its Leaning Tower. 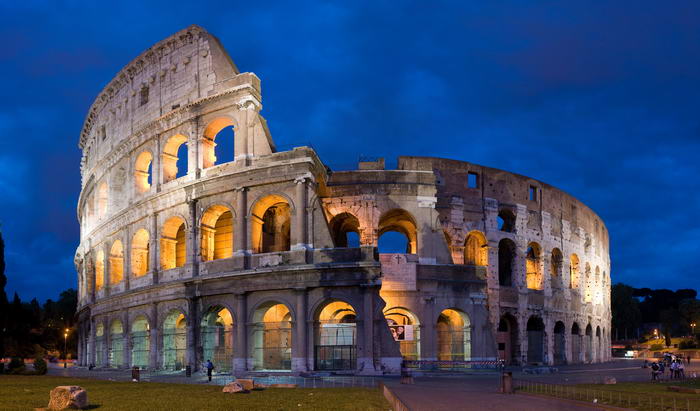 Rome, Italy’s capital is an amazing city, where you can visit ancient ruins such as the Roman Forum and the Colosseum. You can also see Vatican City, headquarters of the Roman Catholic Church or St. Peter’s Basilica and the Vatican Museums, which house masterpieces such as Michelangelo’s Sistine Chapel frescoes. 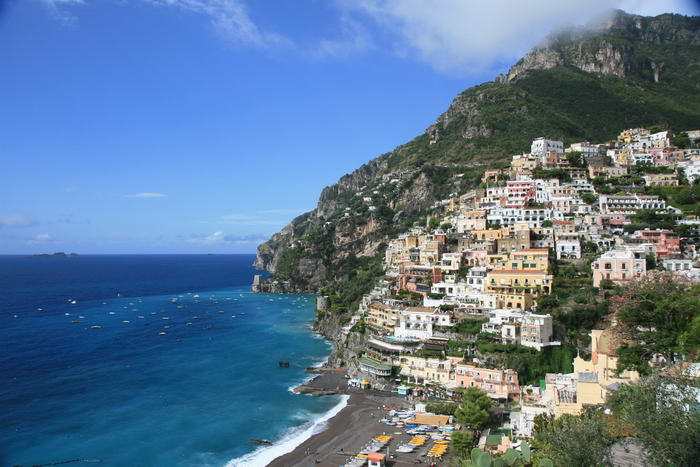 Amalfi Coast – By Glen MacLarty [CC BY 2.0], via Wikimedia Commons

The Amalfi Coast is a 50-kilometer stretch of coastline along the southern edge of Italy’s Sorrentine Peninsula, in the Campania region. It is a popular holiday destination, due to the beauty of the sheer cliffs and the rugged shoreline dotted with small beaches and pastel-colored fishing villages.