It’s hard to argue with thousands of years of experience. While many of us from western countries commonly drink tea today, it has been long been regarded in the East to be a key to health, happiness, and tranquility and wisdom. Recently, more research has been conducted to determine the overall health benefits of integrating at least a cup of tea into your daily intake. Some studies have also shown that certain teas can help with cancer, heart disease, diabetes, increase weight loss, lower cholesterol and increase mental alertness.

What’s the best part about tea? Not only is it great for your diet, but it also tastes delicious and comes in a hugely diverse selection of flavors with various caffeine contents. Green, black, white, oolong and pu-erh tea are derived from the Camellia sinensis plant, which is native to China and India and contains specific antioxidants known as flavonoids. Herbal teas such as chamomile, Echinacea, hibiscus, rooibos and ginger as made from herbs, fruits, seeds or roots, which have lower concentrations of antioxidants and therefore, their chemical compositions vary greatly.

While herbal teas sometimes have an already sweet flavor, green teas or black teas may be too strong to drink without additional sweeteners. Natural options are a good choice to improve the taste while still maintaining health benefits. Some options include fruits such as Paradise Fruits by Jahncke or Healthy Natural Sweeteners from Fitday. 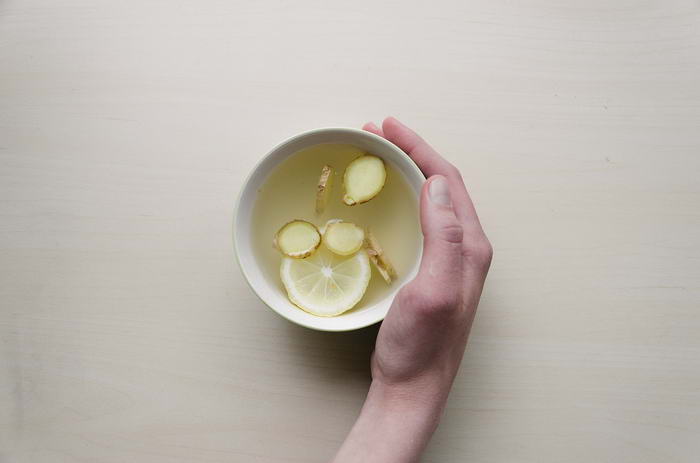 Ginger tea is made from the herb ginger. Some health benefits include relieved nausea, reduced inflammation, improved blood circulation, reduced respiratory problems, reduced stress, increased fertility and a strengthened immune system. Too much ginger tea, however, could produce side affects such as digestive problems, or interrupted sleep. 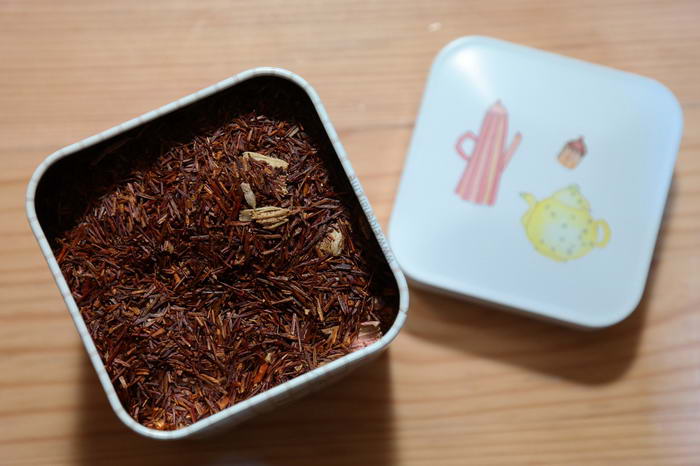 Rooibos is a naturally sweet tea made from the South African Red Bush. The bush leaves are harvested, ground and bruised then left to ferment and dried. It has been used to treat headaches, insomnia, asthma, eczema, bone weakness, hypertension, allergies and premature aging. It has no caffeine content and can be drank at any time of the day. 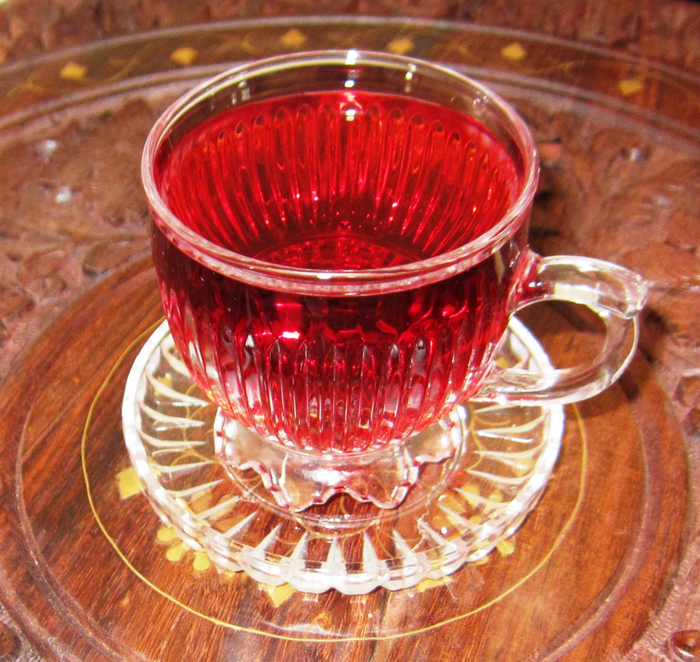 Hibiscus tea is made from dried, calyces of the hibiscus flower. It is commonly used to reduce high blood pressure as well as treating loss of appetite, colds, heart and nerve disorders, upper respiratory pain and swelling as well as a gentle laxative. Some research also found that the chemicals in hibiscus can work like antibiotics to kill bacteria and worms. 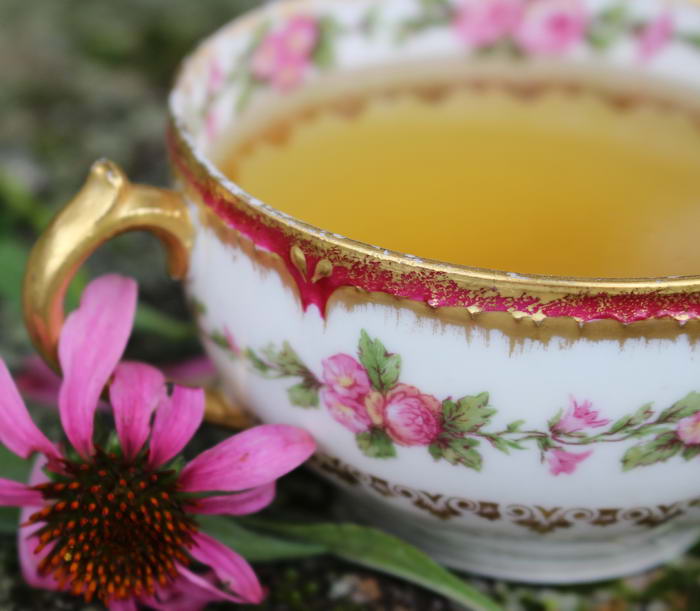 Echinacea itself is an herb that is used to make certain medicines. It appears to activate chemicals in the body to decrease inflammation and could stimulate the body’s immune system. It is widely used to fight infections such as the common cold or other respiratory infections. It has also been used to fight migraines, indigestion, pain dizziness, snakebites as well as for certain skin problems. Echinacea is native to North America and was used by Great Plains Native American tribes for herbal remedies. 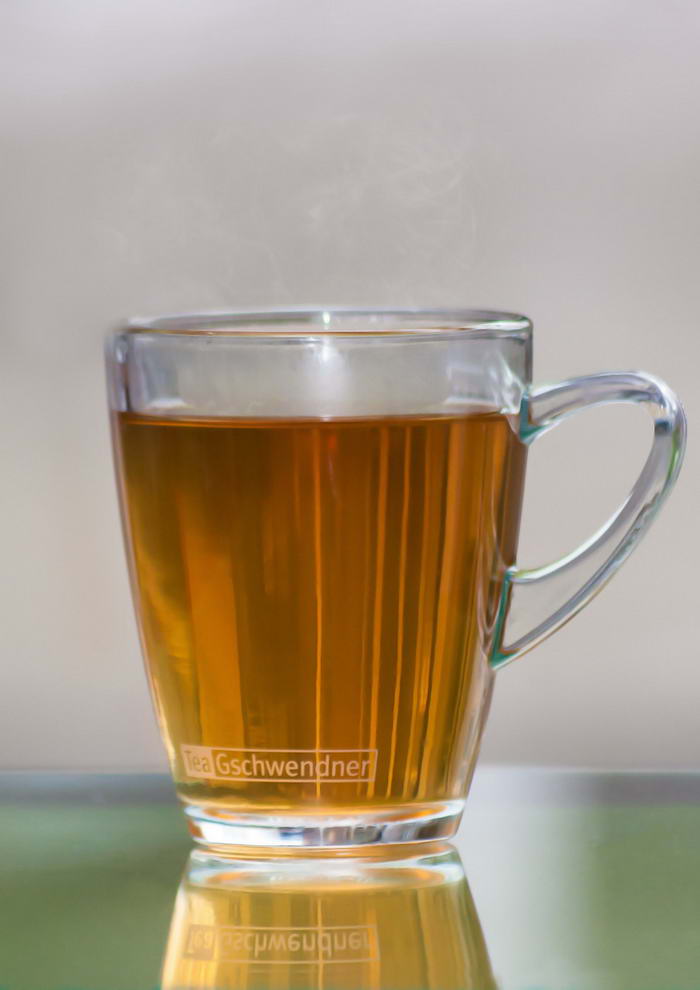 Chamomile is made from a daisy-like herb that has been used for centuries in folk and traditional medicine. It has mild sedative effects and has been proved to help with sleeping, reducing stress and anxiety as well as helping to boost the immune system. The antioxidants may also help to prevent complications from diabetes such as vision loss, nerve and kidney damage and reduce growth of cancer cells. 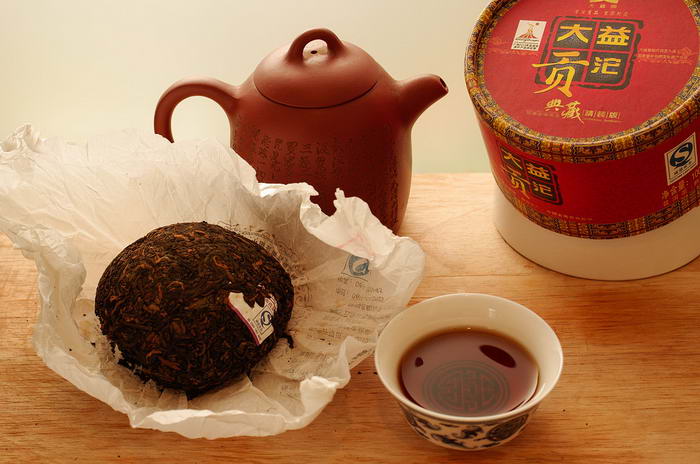 By Copypaiste [GFDL or CC BY-SA 3.0], via Wikimedia Commons

Pu-erh tea is post-fermented, which includes a process of fermentation and then a prolonged storage or “aging” time under humid conditions. The longer the Pu-erh tea is aged, the better it is supposed to taste. It is mainly produced in China, but also is popular in Taiwan. It also has a lower caffeine count than other types of tea, but has been linked to lowering cholesterol because it contains a small amount of the chemical lovastatin, unlike other teas. 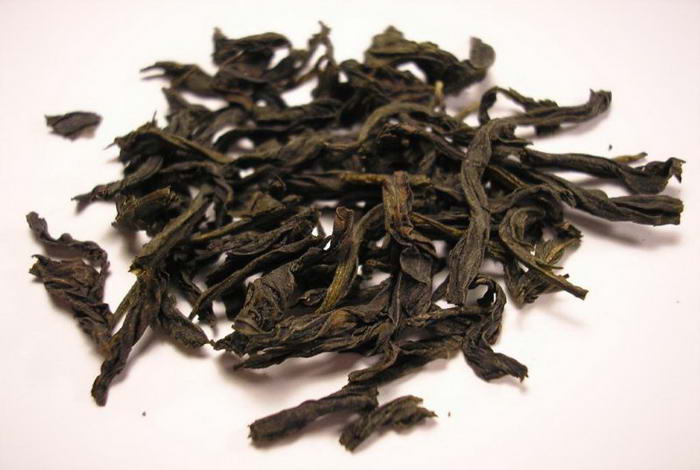 Iateasquirrel at the English language Wikipedia [GFDL or CC-BY-SA-3.0], via Wikimedia Commons

Oolong tea is a partially fermented tea, while green is unfermented and black is fully fermented. It has been used to focus thinking skills and improve mental alertness. Other health benefits include a reduced risk of cancer, tooth decay, osteoporosis and heat disease. There are many varieties of oolong tea, with its origins found in China. 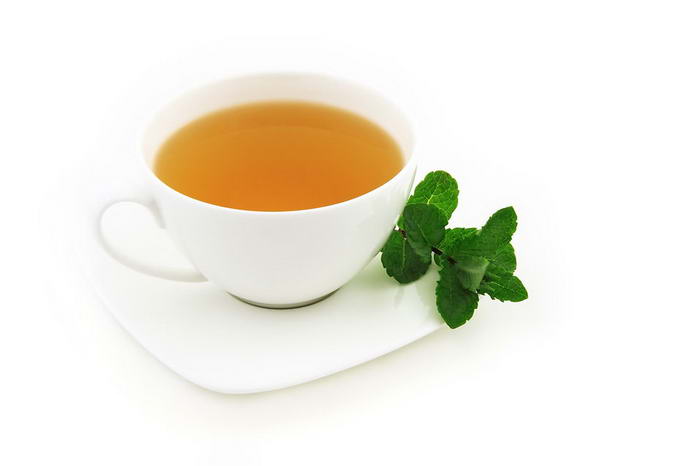 White tea is the least processed between black tea and green tea with the highest antioxidant levels. White tea can protect against cancer, heart disease and stroke. It has also been linked to easing the symptoms of illnesses and promoting recovery especially by strengthening the circulatory and immune system, improving bone and teeth health and building healthy skin. 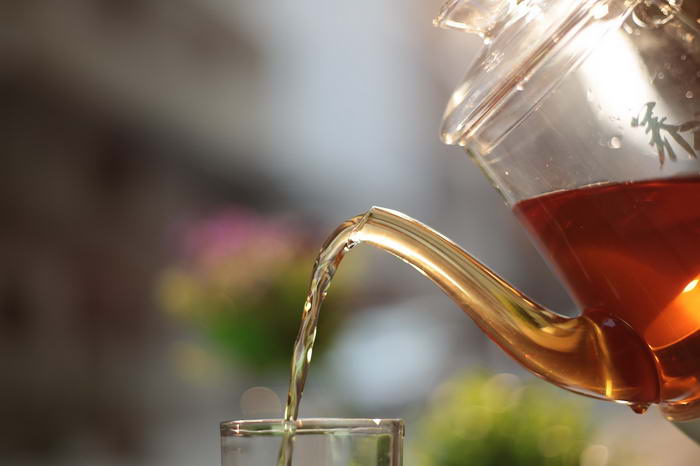 Black tea is made from fermented tealeaves and has the highest caffeine content. Some research has shown that black tea may protect lungs against damage caused by cigarette smoke and may also reduce the risk of stroke. It is commonly used for improving mental alertness, especially for learning, memory and information processing. 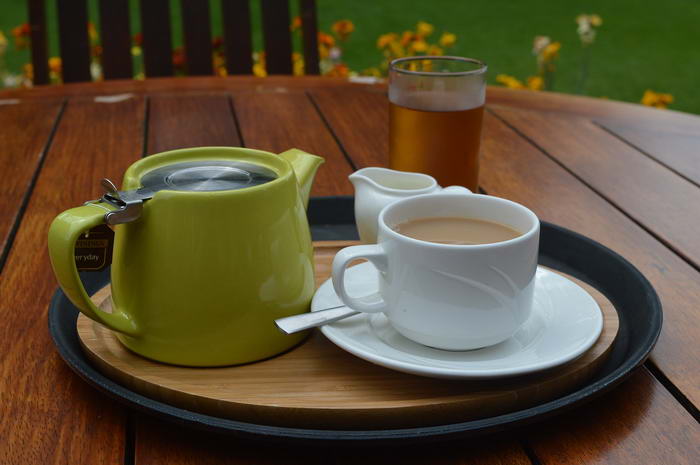 Made from steamed tealeaves, green tea has the highest concentration of ECGC, a common antioxidant or flavonoid found in tea. ECGC and the other antioxidants found in green tea have been linked to reduced growth in bladder, breast, lung, stomach, pancreatic and colorectal cancers. As well, it also contributes to prevent clogging in arteries, burn fat, reduce stress, reduce risk of neurological disorders such as Alzheimer’s and Parkinson’s disease as well as reduce stroke and improve cholesterol levels.