Most of us wish we had legs the length of Cara Delevingne’s, and there’s nothing more depressing than seeing magazine pages full of gorgeous, tall, slim models. However, being tall has its own problems, and we bet you haven’t thought about the daily height-induced troubles faced by the likes of Gisele Bundchen and Kate Moss.

10 – Having to Crouch in the Shower

Shower heads aren’t fitted for tall people, and daily hair washing can become quite the struggle when you’re forced to take a Quasimodo-like stance just to rinse out your conditioner.

For really tall people, even brushing your teeth or washing your hands becomes a literal pain in the neck.

If you were to perform a medical examination on a tall person’s head, you’d probably find a number of bruises, dents and maybe even a couple of old scars that tell of their incessant battle with low doorframes.

07 – Having to Sleep Diagonally

For some taller people, finding a bed that’s long enough is a big issue. If you can’t afford a king size bed, you end up having to sleep diagonally.

06 – Being Asked to Reach High Things

A simple shopping trip in the supermarket can end up turning into a sales floor training operation thanks to the many people who’ll undoubtedly ask for your assistance in reaching the cereal on the top shelf. 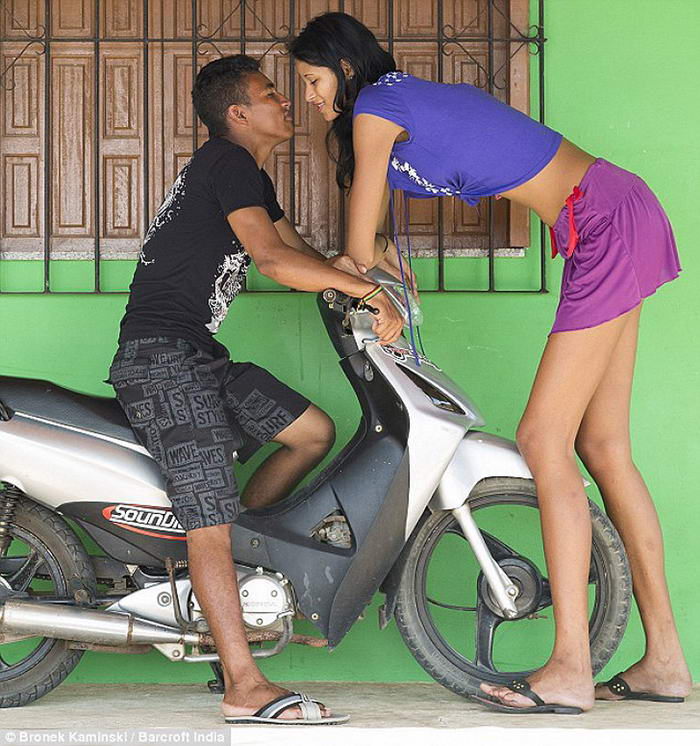 04 – Being Mistaken for a Basketball Player

‘You’re so tall; have you thought about playing basketball?’ If you know anybody who’s taller than average, you’ll no doubt be aware of just how often this question gets asked (and how annoying tall people find it).

03 – Being an Obstruction in the Cinema

Tall people are faced with being ‘that guy’ in the cinema that nobody wants to sit behind. After all, people don’t pay for a cinema ticket to sit and stare at the back of your head for two hours.

02 – Irrational Fear of Falling Over

If you’re 6 and a half feet in the air, it’s a long way down if you trip. Next time you’re fretting over being short, take a second to feel thankful that you don’t have far to fall.

Drunken people love to pick fights on those who are tall; just ask a tall person the number of times they’ve heard the phrase ‘so you think you’re tough?’