With only a scant few weeks until the Breeders’ Cup series kicks off, many punters are planning their wagers.

Although each Breeders’ Cup race is prestigious in its own right, it is the grand finale- the Breeders’ Cup Classic- which carries the greatest name recognition and the largest betting pool.

You can find more information about this event in TwinSpires website: twinspires.com/breeders-cup

So, here are the top 10 most likely winners of the Breeders Cup Classic, happening in November 2022.

A recent winner of the Grade I Awesome Again Stakes, four-year-old Defunded is a gelded son of Dialed In out of a Touch Gold mare. Although the Awesome Again was Defunded’s first graded stakes victory, he had previously placed in the Grade I Hollywood Gold Cup Stakes and appears to be an up-and-coming talent.

The biggest question surrounding Charge It may be whether or not he makes the race at all. The blowout winner of the Grade II Dwyer Stakes is undoubtedly long on talent, but short on experience, particularly after injury led to his scratching from the Grade I Travers Stakes.

Although he has yet to win at ten furlongs, his breeding suggests it should not be a problem: his sire is noted stamina source Tapit and his dam is a daughter of multiple graded stakes winning blue hen mare Take Charge Lady.

Rich Strike already has a virtual lock on Story of the Year courtesy of his shocking 81-1 Kentucky Derby victory. Though he has not won since, his last two races have shown that he has the class to be competitive against the top tier of racing.

He was a fast-closing fourth in the Travers Stakes, and he followed that with a gritty loss to Hot Rod Charlie in the Grade II Lukas Classic Stakes. The son of Keen Ice has shown that distance is not an issue, but the pace scenario might be.

The second half of Country Grammer’s 2022 season has been less than exciting, but his success in the Group I Dubai World Cup in the spring puts two big pluses in his column: a win at ten furlongs, and a win over Life is Good.

Should Country Grammer be able to tap into that earlier ability, he will be a formidable opponent. Country Grammer is by Belmont Stakes winner Tonalist, a son of Tapit, and his dam is by Forestry, a top sprinter.

No horse in the older dirt male division has been more consistent over a full campaign than Olympiad.

The streak was snapped when Olympiad encountered Life is Good in the Grade I Whitney Stakes, by far the toughest field Olympiad has ever faced, but he later added a tally in the ten furlong Grade I Jockey Club Gold Cup Stakes. 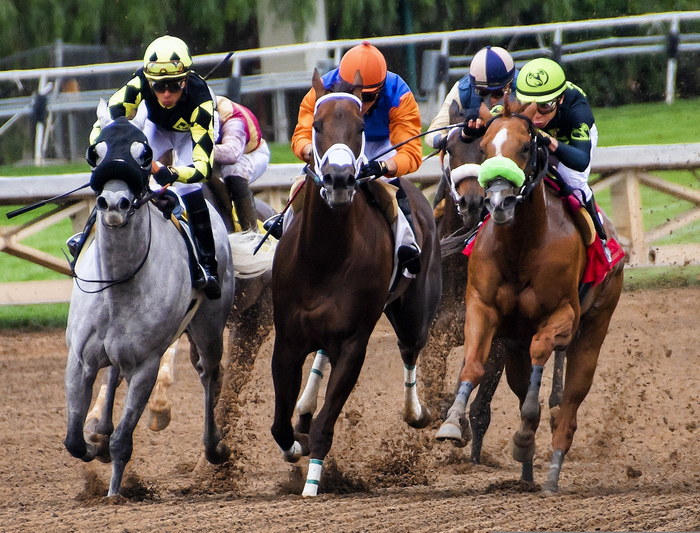 Although the Lukas Classic was Hot Rod Charlie’s first win since February, the son of Preakness winner Oxbow out of an Indian Charlie mare has been consistently running well in some of the top races in the United States as well as Dubai.

He has faced many of the horses on this list, such as Country Grammer, Olympiad, Rich Strike, and Life is Good, with mixed success. Good runner-up finishes at ten and twelve furlongs prove that distance should not be an obstacle.

Like Charge It, Taiba is a horse with extraordinary talent who is burdened by a lack of experience. Unraced until March of 2022, Taiba exploded onto the racing scene with a victory in the Grade I Santa Anita Derby and entered the Kentucky Derby with only two lifetime starts. He wilted in that race, finishing 12th, but he got back on track with a gritty second place finish to Cyberknife in the Grade I Haskell Stakes.

Following the Haskell, the son of Gun Runner out of stakes winner Needmore Flattery, by Flatter, skipped to victory in the Grade I Pennsylvania Derby. In doing so, he exacted his revenge on Cyberknife and defeated fellow top three-year-olds Zandon, White Abarrio, and Tawny Port.

As impressive as Taiba, Rich Strike, and Charge It have been, the leader of the three-year-old male division is undoubtedly Epicenter. A son of Not This Time, Epicenter earned Kentucky Derby favoritism by winning the Grade II Risen Star Stakes and the Grade II Louisiana Derby.

His star dimmed a bit when he finished second in both the Derby and the Preakness, but he burned as bright as ever when he defeated a small but talented field in Grade II Jim Dandy Stakes. The Travers Stakes served as a coronation for Epicenter, who trounced the field by over five lengths.

Life Is Good has excelled in the older dirt male division this year, with victories in the Grade I Pegasus World Cup (over 2021 Horse of the Year Knicks Go), the Grade I Whitney Stakes, and the Grade I Woodward Stakes.

Into Mischief’s best offspring tend to top out at nine furlongs, and indeed Life Is Good has one glaring gap in his resume: he has yet to take a race at 1 ¼ miles. His class could carry him across the finish line first against a lesser field but pulling that off in a group of this caliber would be much more difficult.

Flightline was the talk of the racing world for months before his stunning 19 ¾ length Grade I Pacific Classic victory, but he is currently poised to become one of the shortest favorites in Breeders’ Cup Classic history.

His breeding screams versatility, being by Tapit (sure of four Belmont Stakes winners) out of a mare by the speedy Indian Charlie, meaning that he is bred on the same lines as the aforementioned Charge It. With Grade I wins at seven furlongs, one mile, and 1 ¼ miles, Flightline has the speed and the stamina to stamp himself as an all-time great.