When your favorite team is playing in the championship game, it doesn’t matter if it’s the Stanley Cup Finals or the Cricket World Cup — it isn’t hard to sustain your interest and emotional investment in each millisecond and the game’s ultimate outcome. However, at least part of the time, most people find themselves watching games whose outcomes they don’t care too much about — even if they truly love watching sports.
The next time you find yourself faced with the prospect of sitting in front of the TV without a dog in the televised fight, try one of these 10 most popular ways to make a sporting event more exciting.

For most people, the simple act of placing a bet with real money is enough to make anything more exciting, but it seems especially applicable to sports. Whether you and your roommate make a wager that pits you against one another during the contest, or you place a bet online — this site is recommended for Australian bettors — leveraging some money against the outcome will increase your interest considerably. For those who want to mitigate their risks and still feel the excitement of betting online, certain sites collect and offer you the most updated promotions and free bet deals all in one place, specifically for online bookmakers with changing offers.

09 – Make It a Party and Invite Friends

Should you know ahead of time that you’re going to be watching a game where the rivals are of no consequence to you, ensure you’ll have a good time by inviting a few friends over and turn the event into a party. That way, if the game turns out to be especially dull, you can always catch up with a friend over a plate of nachos.

This option requires a bit of preparation and a few other people, but it will definitely make watching any game more exciting. Simply do a bit of research on the teams playing one another ahead of time, and host an informal trivia game at commercial breaks. At the end of the game, give the winner a prize.

This option won’t work if you’re a teetotaler, but for those who like to enjoy a few drinks, it’s a great way to enliven an otherwise uninspiring match. Are you watching American football? Take a shot each time there’s a one-point conversion. Soccer? Drink to every yellow card. Whatever sport you’re playing, drink to occurrences that are bound to happen but tend to do so relatively infrequently. 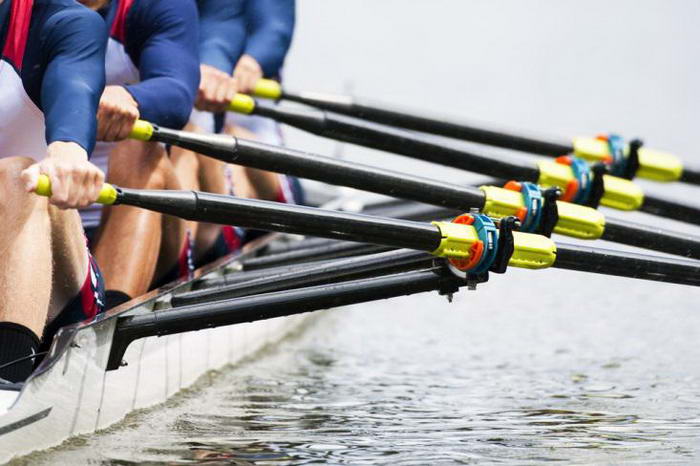 Through apps like Mixlr, you can call the game you’re watching — even if you don’t know anything about it. Watch with the sound off, and broadcast your opinions and insight into everything that’s happening on the screen and on the pitch, court, field, or track. Be sure to tell your friends ahead of time so they can tune in.

Especially if you’re watching a championship game or championship series, the odds that you’ll spot a celebrity in the crowd increase mightily. Capitalize on this likelihood by playing a game of Celebrity I Spy with friends perhaps not as huge a sports fan as you.

Twitter is a remarkable social networking tool that’s utilized by everyone from activists and journalists to trolls and fans. Take advantage of this fun and engrossing platform to tweet at the real fans, who are actively tweeting during the game you’re watching. Not only could you spark a lively 140-character debate, but the interaction will make what’s happening on-screen a lot more entertaining.

There are few situations — televised or not — that a good spread of food can’t improve upon. So, before you sit down to watch the game, prepare some food related to the teams playing. For international matches, prepare a feast representative of one or both countries. If the game’s teams are from closer to home, pick regional cuisine, or just choose to eat something you rarely indulge in so it feels like a treat.

If you’re watching the game with friends, place a hat in the center of the coffee table. Pass out pencils and slips of paper. At each commercial break, make predictions regarding the next span of time before the next commercial. When the next break occurs, read the predictions. Keep score, and at the end of the game, give a prize to whoever predicted the commercial break futures most accurately.

Perhaps the easiest way to find a game more entertaining is to simply pick a team and truly commit to cheering for it. Regardless of whether your choice is based on uniform color, the mascot, or the name of the head coach, cheer like you mean it, and over the course of the match, you’ll find that you actually do.
Don’t let another dull evening pass you by. Put a game on, and make it interesting incorporating a handful of these 10 most popular ways to make a sporting event more exciting.