All sports teams have rivalries with other teams, but nothing compares to some of the fierce rivalries in football, or soccer if you prefer. Football fans live and breathe their teams, and they revere their players with God-like status. Certain matches, especially those against teams in close proximity to each other, create electric, hostile environments not seen in any other sport. The following derby games are the 10 most fierce rivalries in football.

Prepare for fireworks when Boca Juniors and River Plate face each other. Both teams are the most successful Argentinian sides in history, with online sports betting sites pricing them both as favorites to win the Argentina league title.

The Superclasico is the name given to the game when these two teams meet each season. Passionate fans pack the stadiums and release fireworks, flares, confetti, flags, and paper rolls. The entire match is spent goading the opposing fans, and violence is not uncommon at the ground before, during, and after the game. British newspaper The Observer listed this derby as one of the 50 sporting things you must see before you die! That is some recommendation.

The Old Firm Derby pitches Celtic against Rangers; both Scottish teams have their stadium in Glasgow. Celtic and Rangers fans have a mutual hatred for each other that runs deeper than football; it boils down to religion. Celtic is traditionally a catholic club while Rangers is protestant.

The atmosphere often spills over outside the ground, leading to both teams not allowing away supporters in for the Old Firm Derby. 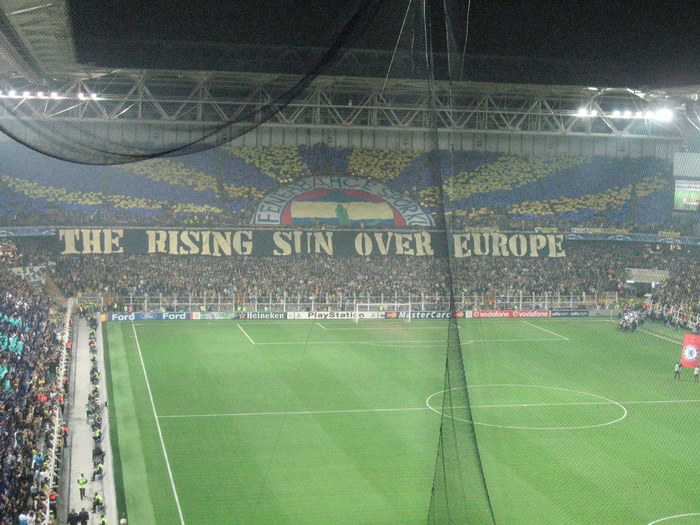 Turkish fans can be a little crazy at the best of times, especially when it comes to Galatasaray and Fenerbache because these top teams are from Istanbul. The games are a sight to behold, with flares and pyrotechnics going off every second, or so it seems.

Sadly, this encounter often sees violence outside the grounds, with both teams’ hardcore supporters preferring to fight each other than watch the game of football inside the stadiums.

El Clasico is the match-up between Spain’s FC Barcelona and Real Madrid, the two most successful teams in La Liga. The rivalry stems from both teams coming from two of Spain’s largest cities, but also because both teams tend to be fighting for the championship each year.

Inter Milan or Internazionale to give them their full title, take on AC Milan twice per year at the same ground. This is because both Milan clubs share the San Siro stadium. This derby has happened every year since 1909, making it one of the longest-running local derbies in football.

The atmosphere is intense, with both sets of players saying it is a life-changing experience to be part of the game. Former AC Milan defender Paolo Maldini played a record 56 times in this fixture.

Lazio versus Roma is another same-city Italian football derby; both teams call Rome home. Rome residents are split firmly into two camps: Lazio or Roma, and they make their allegiances known!

Lazio has the crazier fans, known as ultras, who are often racist with banners, stickers, and similar. Roma’s ultras prefer to do their talking by fighting, making for a tasty encounter when the teams face off at the 70,634 capacity Stadio Olympico.

While Argentinian football fans are super passionate, Brazilian fans push them all the way for fanaticism. Flamengo is one of the most successful teams in Brazil, with Fluminese their closest rivals in terms of proximity and league titles.

This rivalry started in 1911 when several Fluminese players left and joined Flamengo. An incredible 194,603 fans turned out for a meeting between the sides in 1963 despite the stadium only holding 78,838 spectators! 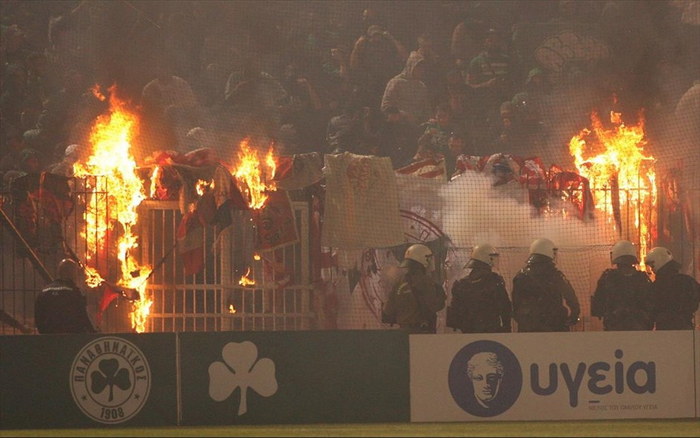 The name of this fixture tells you everything you need to know about Olympiacos versus Panathinaikos of Greece. The two teams are the most popular in Greece, but this fixture seems to attract more than its fair share of football hooligans.

There are many local derbies in England due to the size of the country, but none are as hotly contested as Liverpool versus Manchester United. It dates back to April 1894, and there have been 208 meetings between the two hugely successful teams.