Boxing is a very popular sport in many parts of the planet still. There is just something enthralling about watching two people put it all on the line and battle it out in the ring for supremacy. Of course, the explosive action and knockouts also help make boxing so well followed globally. From the UK to Mexico, the U.S., Cuba and beyond, it really is a sport which delivers plenty of drama. Over the years, this has seen many great iconic figures such as Muhammed Ali and Mike Tyson emerge.
As with any other sport, one of the most thrilling thing about boxing is the steady stream of new, fresh talent that springs onto the scene. Although boxing in 2020 is being curtailed somewhat by the Covid-19 lockdown restrictions, it is still worth thinking about who the top young fighters due to make a name for themselves this year are. When the action eventually kicks off again, these are the ten most promising names to remember. 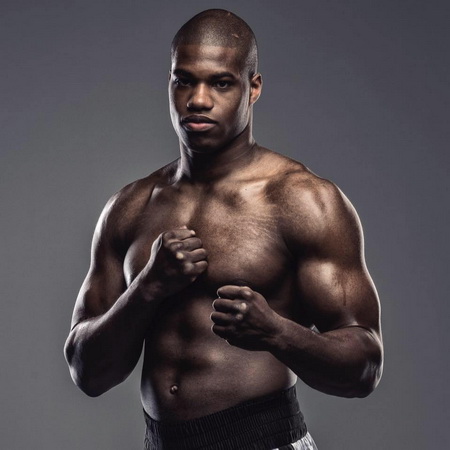 Still only 22, Daniel Dubois is a name to watch on both the British and World stage. Many predict he could be the next big UK name once Anthony Joshua decides to call it quits. Hailing from London, Dubois has the nickname of ‘Dynamite’ which tells you a lot about his style. Out of 14 bouts so far, he has knocked out 13 opponents with his heavy hitting power. Dubois fights in the Heavyweight division and already has a British title along with minor WBO/WBC ones to his name. 2019 was a big year for him with 5 fights won. This left a big impression on many boxing fans who feel he has the skill and personality to really shine in 2020. He fights Joe Joyce next on 11th July 2020 (all being well) and this should see him really take off if he wins it. 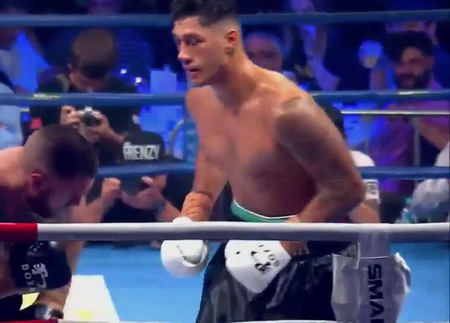 Although now 24, Opetaia is still (just about) young enough to make our list. Since turning pro in the Cruiserweight division in 2015, this big punching Aussie has notched up 15 knockouts from only 19 fights. Before turning pro, he proved his talent by competing at the age of only 17 at the 2012 Olympic Games. 2019 was also a pretty good year for him with 3 wins from 3 fights. Many think he is now ready to step outside of Australia and begin to make a name for himself in the latter part of 2020. There is even talk of a fight against Tyson Fury which would really put him on a lot of people’s radar, if it happens. 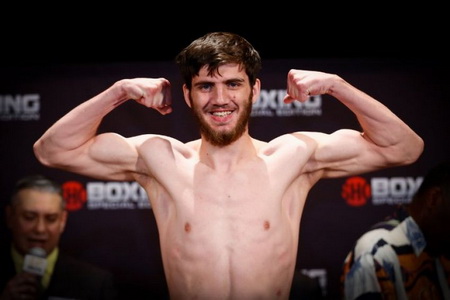 Hailing from Grozny in Russia, Salamov is the archetypal tough Soviet competitor. He has recently signed with Top Rank and this is one reason to think we could see him come to the fore in 2020. Now 25, he should be perfectly poised at the top of his game to do so. Since turning pro in 2012, he has fought 25 times and won with knockouts for 19 of these. This just shows what a dangerous opponent he is for anyone in the Light Heavyweight division. With Top Rank in his corner, Salamov should now be able to attract better fights and build a bigger profile as the year wears on. 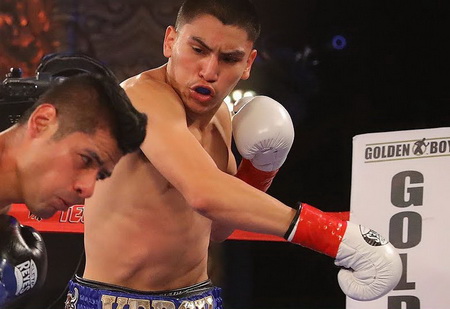 Just 21, Ortiz Jr looks to have a glittering career ahead of him and is one to watch in 2020. He has 15 fights under his belt at Welterweight and has won all of them by knockout. He was also named as Ring Magazine’s ‘Prospect of the Year’ for 2019 which shows how much potential he has. The other reason to expect big things from him in 2020 is that he is a DAZN headliner in his own right along with having fought on major Golden Boy cards. When you put all this together with an action-packed style that the public love, he seems almost certain to make it big in 2020 and beyond. A March 28th fight against Samuel Vargas should take place later in the year now so keep an eye out for that. 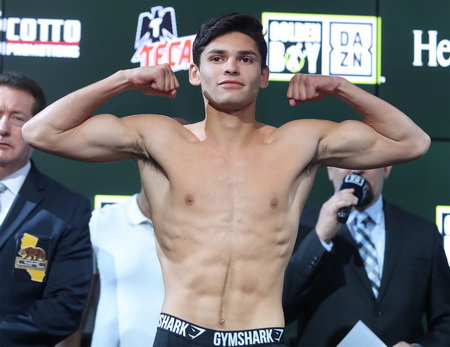 Known as ‘The Flash’ for his quick footwork and hand speed, Garcia is a real bright hope for U.S. boxing. He has fought 20 times as a pro to date with the most recent victory being in February 2020 against Francisco Fonseca by KO. He has in fact won 17 of his bouts by knockout which shows you he has the power to compete with the best at Lightweight. Garcia is another who is on the books of Golden Boy and they are putting a lot of effort into promoting his career. This and his almost movie star like good looks should be enough to make him a real fighter to watch in 2020 as he comes up. 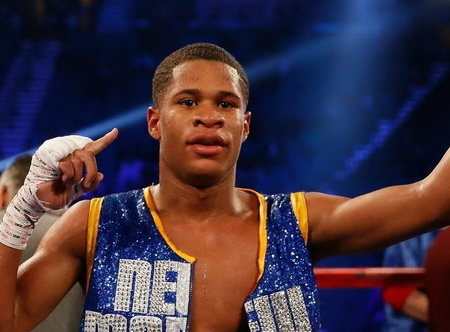 Not many young fighters start pushing to fight well-established pro’s like big hitter Vasyl Lomachenko – but that is just what young bruiser Haney has done. This shows not only his ability to generate headlines but also his belief in his own ability. Still only 20, Haney is one of the best prospects in terms of young boxers in 2020. His first 24 fights at pro have gone well with victory in all of them. This saw him clinch the vacant WBC Interim Lightweight title against Zaur Abdullaev in September 2019 before defending it against Alfredo Santiago in November 2019. This has led many to believe the Lomachenko fight is next up which would really put Haney on the map if he were to win. Haney has all the attributes to be a great fighter – entertaining to watch, he also has the power and speed to become a star. 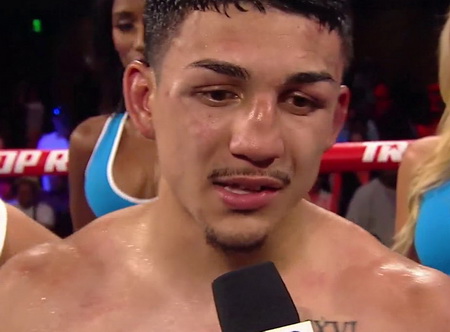 Another young fighter with a rapidly expanding fanbase is Lopez. This could well see him explode onto the world scene in 2020 and establish his name to a wider audience. Just watching him in action shows you that he has all it takes to be world champion across multiple divisions. With awesome power to hurt opponents coupled with quick reflexes and great defense, he is rightfully expected to really carve out a career as one of the best. Fighting in the Lightweight division for now, he is another fighter who wants a crack at Vasyl Lomachenko! A win over Richard Commey in his last fight brought him the IBF World Lightweight title and it will be interesting to see what happens next for Lopez. 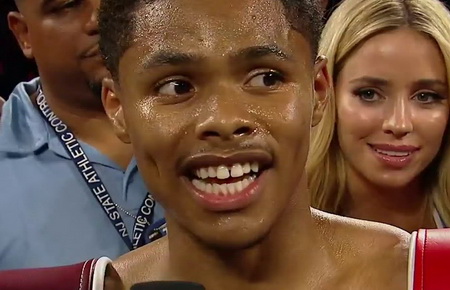 At just 22, Stevenson is set to make a real splash when fighting resumes in 2020. He was already on boxing insiders radar when turning pro, after bagging a Silver medal at the 2016 Olympics. Since turning pro, he has proved their faith by notching up 13 wins from 13 fights. One massive thing in Stevenson’s favour is his deal with Top Rank and Bob Arum. This puts his career in the hands of people who know how to guide it properly so he gets every opportunity to really make it big. Stevenson is fighting at Featherweight now and delivers plenty of power from an unorthodox Southpaw stance. He recently won the WBO World Featherweight belt from Joet Gonzalez in October 2019 and more is expected from this year when boxing resumes.

You might have begun to hear a real buzz around this young fighter, due to his current record. Not only has he won all of his 13 fights by KO but all have been first round stoppages. A tough Puerto Rican fighter, Berlanga has awesome punching power and a killer instinct to get the job done. All this seems to suggest he could well be another young talent to watch in 2020. Fighting at Middleweight or Super-Middleweight, he is sure to begin getting bigger, better fights to make his name in the mainstream soon. In addition to his boxing prowess, Berlanga has bags of personality to endear him to the public and is not shy of talking on the microphone. With Top Rank in his corner, expect to see the man they call ‘Bang Bang’ getting more exposure in the coming 12 months. 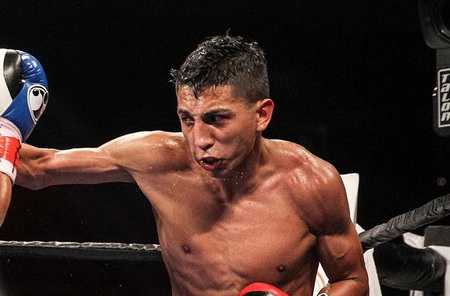 With 25 wins and 16 knockouts to his name, Barrios is a rising star in the Welterweight class. Barrios is notable for his solid boxing technique, decent amount of punching power and durability. Although some think he lacks real superstar ability, there is still enough to work with in the future for this tough competitor. Many will remember his hard-earnt victory against Batyr Akhmedov in September 2019 which saw him hang on to win the WBA Super Lightweight title. This showed much of what makes him tipped for the top by many. The Akhmedov verdict was shrouded in controversy though which has seen a rematch ordered by the WBA – this will be some fight!

Finding a steady stream of new blood is vital for boxing. As the big-name older pro’s begin to fade or retire, it is essential that there is fresh talent ready to take on their mantle. As the above shows, this is not an issue in boxing right now a there is some very good young fighters set to make their mark in 2020 and beyond.