Football is the most popular sport on the planet to watch and to bet on, with around 3 billion fans worldwide. The sheer drama and excitement which the game provides is awesome and explains why lots of people love it. With so many top teams to follow in the major leagues like the English Premier League and Spanish La Liga, there is always a game worth watching on. When you also add in competitions like the Champion’s League and international ones like the World Cup, it just gets better.
The highlight of each football game is by far the moment of scoring a goal. For the punters and armature bettors there are many different easy bets and more difficult ones too around goal scoring. Starting with top goal scorer bet, first player to score in a game, most scoring player in the season bet, and many more bets that are dependent on the number of goals scored in each game.
Of course, the players who grace the game we all love are a major part of the attraction. From Pele in day’s gone by to Messi and Ronaldo now, the big names help make football what it is. Although crunching tackles and pinpoint passes are great to watch, goals are what makes football so special. But what have been the ten most incredible in its long history? 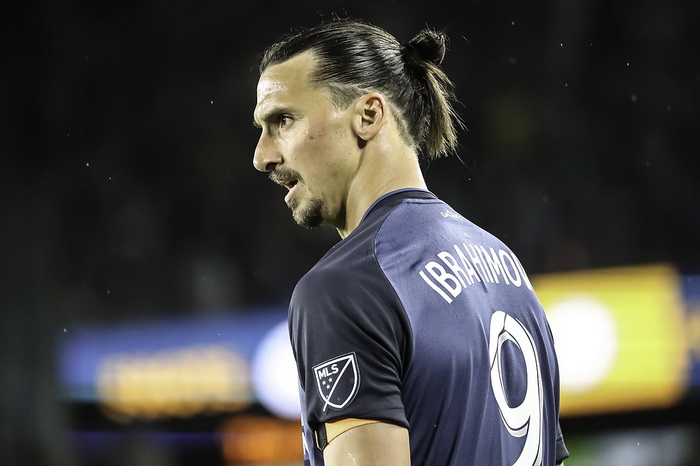 It is hard to include any kind of list on football without mentioning Zlatan, one of the most wanted football players to this day! Zlatan just returned to his former club AC Milan and it was according to betting predictions anticipating this move in advance. Moreover, free bet sites such as freebets.uk suggest that there already is a bet on his next club transfer to Real Madrid, 5/1 with Ladbrokes. In an illustrious career, he has played for many of the biggest clubs around including Manchester United and AC Milan. A supremely talented striker, he is known for his fierce will to win and his complete belief in his own ability. He scored one of the best goals you will ever see in an international friendly against England in 2012. After a poor clearance from the England keeper, Ibra leapt into the air and smashed home a perfect overhead kick from well outside the penalty box. The accuracy and athleticism he showed to do this along with the fact he meant it, made it a real classic. 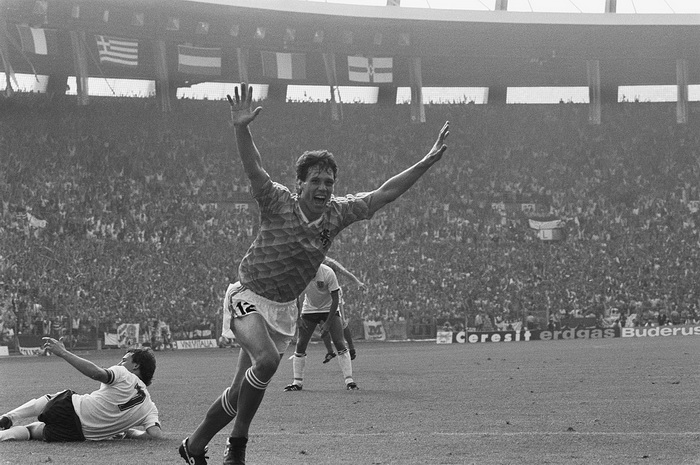 Big players turn up on the big occasion and you could certainly say that about Dutch legend Marco Van Basten. A beast at club level, he was just as prolific when pulling on the national jersey. This culminated in a goal in the 1988 European Championship final against the Soviet Union which defied believe. In the 54th minute, a ball was swung into the box which he expertly volleyed into the top corner of the goal from a tight angle. It was a goal of power, skill and precision which has rightfully gone down in history as one of the best ever. 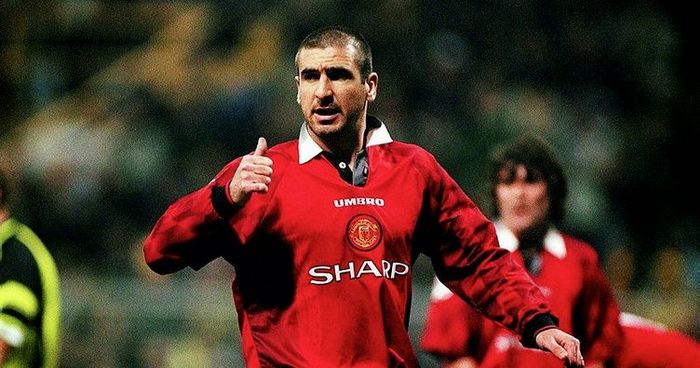 Very often, the best goals in football history have been scored by the most maverick players. It seems they need this streak of genius in them to do things others cannot. French striker and playmaker Eric Cantona sums this up perfectly. Hot-headed and inspirational, he scored a real beauty against Sunderland in the Premier League for Manchester United in 1996. Bursting out from midfield, he went past two players before collecting a return pass and chipping it into the top corner from the edge of the box. Almost as good was his stylish celebration after! 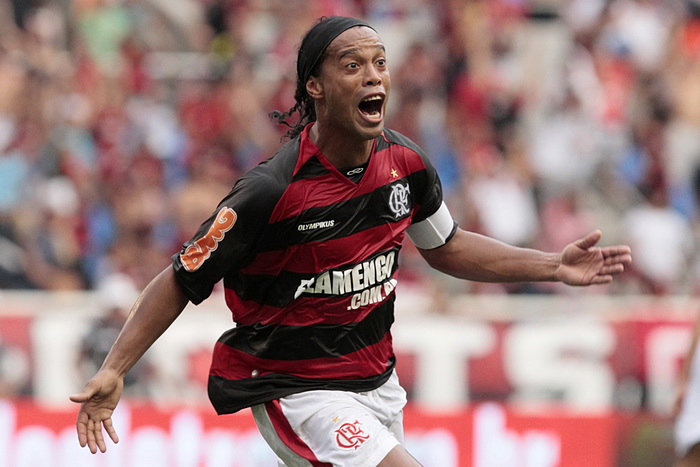 Although it is now hard to think of a time at Barcelona pre-Messi or Suarez, it did happen. One of the best players to have played for them in the past was Brazilian genius Ronaldinho. He chose a derby match against Real Madrid in 2005 to show what made him so good. To go past Helguera, Ramos and Roberto Carlos with ease was one thing – to then fire past the goalkeeper another. So impressed was everyone with this strike, that even the Madrid fans applauded him. This goal was not only world-class but showed off this Brazilian playmaker close control and dribbling to great effect. 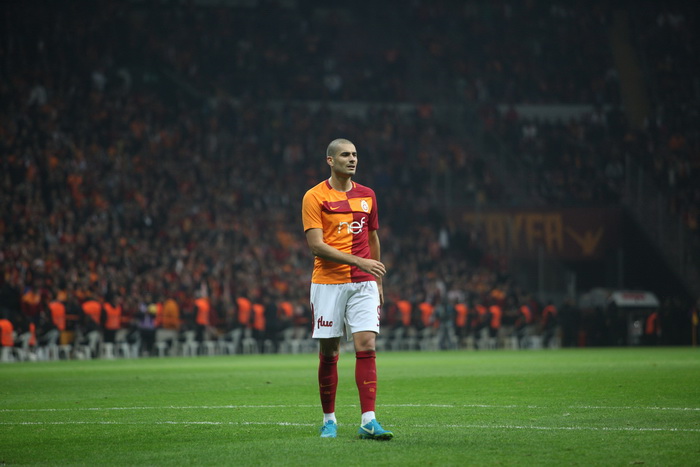 This goal dates back to 2011 and happened in the German Bundesliga. Derdiyok was playing for Bayer Leverkusen at the time and this Swiss striker really made an impression against Wolfsburg. It is hard to know what was best about this marvelous strike – the graceful first touch from a teammates pass, the touch which took him away from an oncoming defender or the scintillating hit he produced to find the net. One thing is for sure – the poor keeper couldn’t do much about it. Derdiyok now plays in the Swiss League but will always be remembered for this stunner. 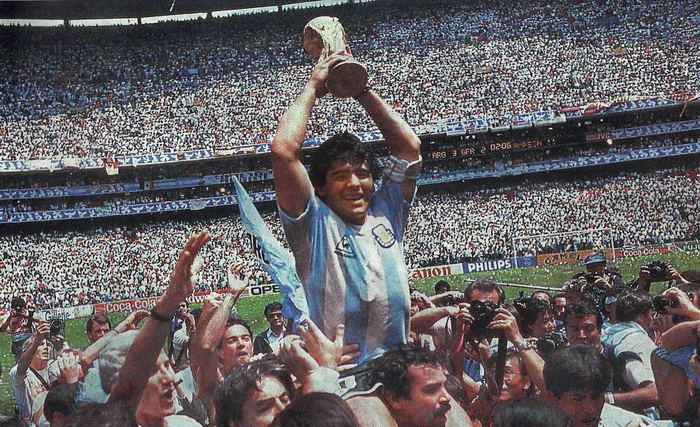 Although many English fans refuse to acknowledge his genius after a controversial handball goal in the 1986 World Cup quarter-final, everyone else knows what a top player Maradona was. Immense for clubs like Napoli and Barcelona, he scored one of the most amazing goals ever on the world stage. Funny enough, it was in the same 1986 quarter-final against England! Picking up the ball from around the halfway line, Maradona dribbled past 3 or 4 English defenders on his way into the box. The balance and grace he showed to do this was simply awesome! Rounding the English keeper, he calmly slotted into the net to take his team forward. 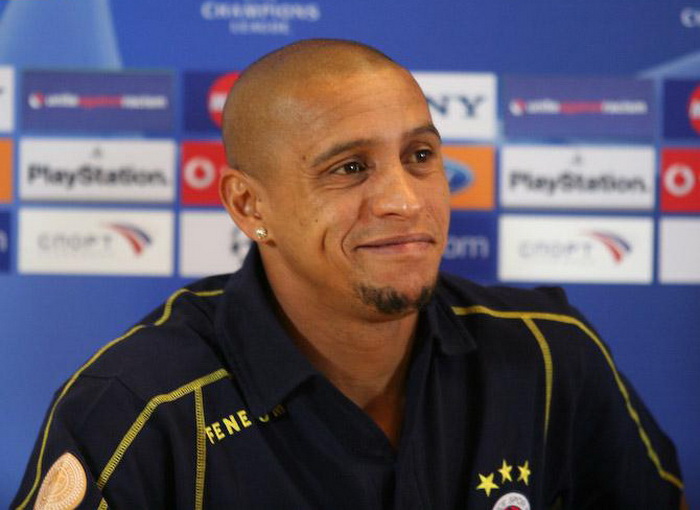 One of the best left-backs ever to play football was the Brazilian Roberto Carlos. He was particularly famous for the long spell he had with Real Madrid in Spain. This thunderous strike comes from this period and happened in a cup match against Tenerife in 1998. Carlos hit the ball from just beside the corner flag and somehow put it smack bang in the top corner of the net to score. Such was the ferocity of his strike that the goalkeeper hardly had any time to react. To curl the ball into the net with such precision and power from where he was on the pitch was something very special. 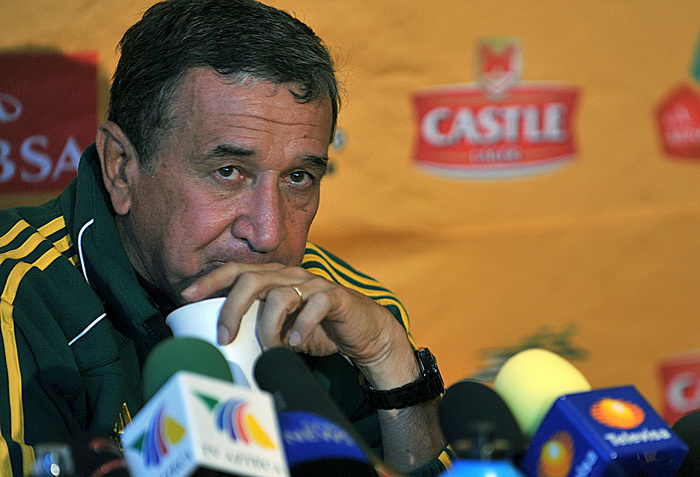 Many people will pick out the Brazil team who went to the 1970 World Cup as the greatest ever. With names like Pele, Rivelino and Gerson in their ranks, it is hard to argue. It is therefore fitting that a player from this team scored one of the best goals you will ever see. What made this so great was not only the finish but the move which led up to the goal. Unlike others which were more based on individual skill, this was a real team effort. It happened in their 4-1 final victory against Italy and saw a free-flowing passing masterclass superbly finished off with Alberto’s low drive. 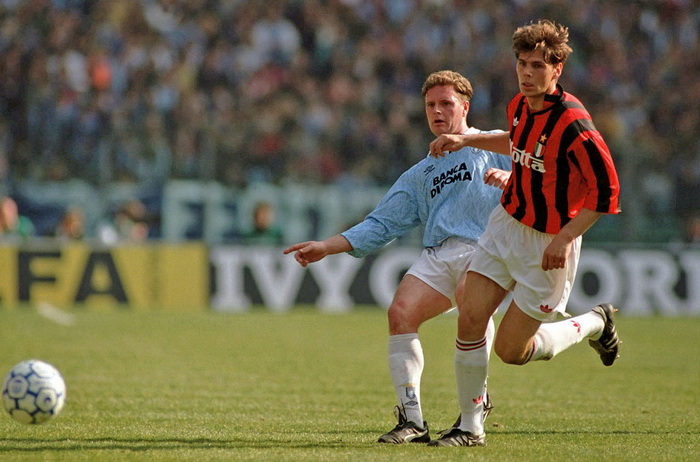 The 1996 European Championships in England was a great tournament. Although the hosts did not win, one player who has gone down as a legend for them scored an unbelievable goal in a group game against Scotland. Step forward one Paul Gascoigne. Bursting forward from midfield, Gazza exchanged passes with a teammate which saw him heading into the Scottish box. What made this special was the way Gazza lifted the ball over the head of an onrushing defender and then volleyed the ball into the net. It summed up what made Gascoigne so special when on song – pure genius and creativity to do what others could not. 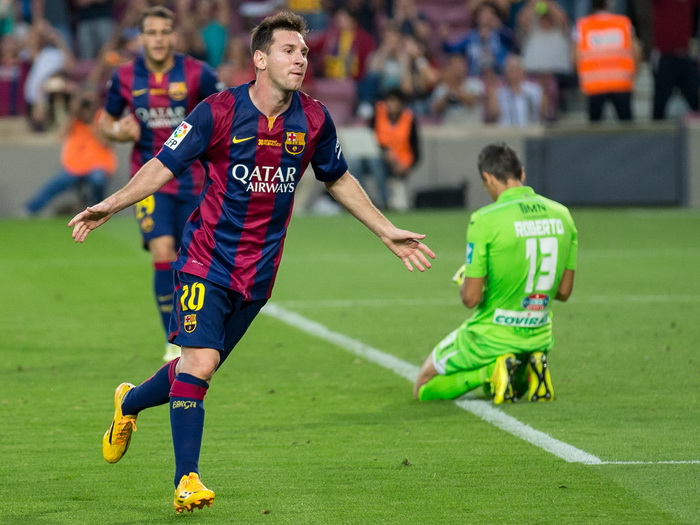 We have already mentioned this little maestro’s name and he fittingly tops our list of the best goals in football history. Winning the Ballon d’Or 2019 award for the 6th time in a row, this marvelous goal scorer answered most bookmakers’ predictions. Messi was leading the odds table to be the title holder leaving stars such as Virgil van Dijk and Eden Hazard behind. What is interesting is that this goal he scored for Barcelona against Getafe in 2007 has many similarities to the one Maradona scored against England in 1986. Messi collected the ball around the halfway line and went on a jinking run which saw him evade four players. Careering into the opposition box, he then went around the goalkeeper to finish into the net. The thing which makes this better than Maradona’s is the more controlled finish and the fact he did it in a faster paced modern game.

The game of football relies on goals to provide drama and excitement to fans. While many are pretty ordinary affairs, there are some which have gone down in history as much more than this. The above shows some of the best goals ever scored in football and are a treat to enjoy for all fans of the game.