Cricket is a game that is wildly popular around the whole world with many people. It is thought to have over 2 billion global followers and there are many top tournaments where the best players compete. From domestic ones like the Indian Premier League to international World Cup’s, cricket is a game with a rich history of thrilling action.
One top international cricketing series which always delivers plenty of excitement is the Ashes. Held every few years, it sees England and Australia battle it out over 5 Tests to see who takes home the trophy until the next time. Over the years, there has been lots of drama and intrigue for fans to enjoy. But what are the ten most shocking moments in Ashes history?

Fast bowler Dennis Lillee was a hero in Perth and all eyes were on him as he wandered out to bat in the 1979 Ashes Test there. What shocked many though was the metal bat he strode out with, which was made from Aluminium. This was highly experimental at the time and caused a stir, not least with English players. Lillee had taken advantage of the fact that there were no actual rules during that time around what bats could be made of. After letting him play for a few overs with this metal bat, a heated exchange erupted when the state of the ball was seen. Lillee eventually agreed to switch to a wooden bat but not before hurling his Aluminium one towards the Aussie dressing room.

The Ashes has been full of fiercely patriotic players and tough competitors but some stand out more than others. For England, Sir Ian Botham is one and for Australia it is Ian Chappell. To say these two do not get along is a real understatement! The first bust-up Botham and Chappell had was in 1977 after verbal insults in a Melbourne pub turned physical. This has not been forgotten by either player since and the feud has rumbled on. While this has mostly been in the form of insults and a refusal to speak to one another, it all kicked off again in the 2011 Ashes series. Passing each other by chance in an Adelaide car park, words were exchanged between the two and it got physical again. When you consider they were 55 and 67 years old at this time, it is savage.

08 – Harmison Wide of the Mark

After their 2005 defeat, the Australian team were seriously looking forward to taking revenge in the 2006/07 series. With stars like Shane Warne, Ricky Ponting and Glenn McGrath to call on, this looked likely. It got even more promising for them when you saw an England side in poor form and with key players missing. England needed to start well to stand any chance but this did not happen. Tall fast bowler Steve Harmison steamed in for his first over and sent down a ball so wide that it made its way to skipper Andrew Flintoff at second slip! It was such a shockingly bad delivery that everyone in the whole ground broke out into laughter. 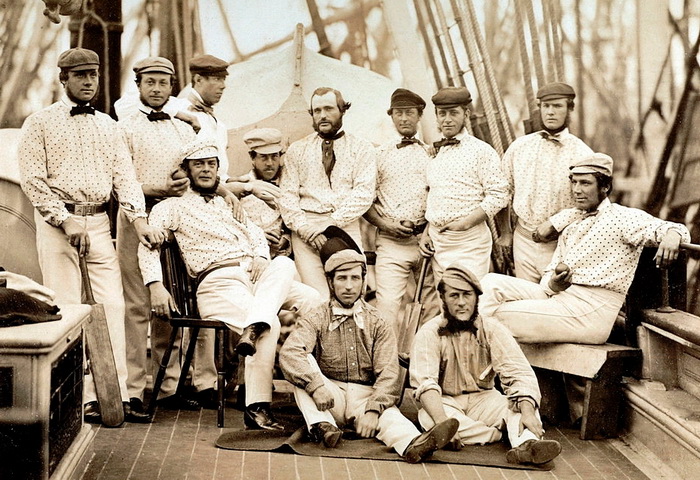 The 1982/83 Ashes was held in Australis with the first Test being at Perth. In truth, it was pretty dull and this saw one fan invade the pitch to lighten things up a bit. After running on the field, the fan gave Aussie fielder Terry Alderman’s hat a clip before running back towards the stands. Alderman did not take kindly to this though and set off in hot pursuit. Alderman eventually got his man with a wild NFL style tackle and the fan was then ejected from the ground. The incident was not only shocking but also bad for Alderman as he dislocated his shoulder in bringing his man down.

06 – Boon Takes Drinking To Another Level

The Aussie cricket team in the 1980’s and 1990’s was full of big characters like Allan Border and Merv Hughes. One other larger than life personality for the Aussie’s in this time was batsman David Boon. Known for his colourful language, moustache and boisterous character, Boon also liked to drink. A lot. This led to a shocking moment when he was travelling to England for the 1989 Ashes series. During the 23-hour flight, he drank a massive 52 cans of beer! Even more amazingly, he walked off the plane perfectly fine the other end and went on to perform brilliantly in all Ashes games, with a batting average of 55!

The 2005 Ashes series was a classic which all fans will recall. The game at Trent Bridge though will be remembered for the shocking rant Aussie star Ricky Ponting went on after being run out. But what had got his goat so much? It all stemmed from a quick single he tried to take which did not work as the English fielder threw his stumps down before he made ground. The issue he had was that it was an English sub fielder who did this and appeared to be an expert at runout’s who England brought on specifically for this. Upon leaving the field, Ponting exploded into an expletive laden rant with the fans and TV cameras watching.

When news broke that the 1948 Ashes Series would be Sir Don Bradman’s last, all of Australia was in despair. ‘The Don’ was an exceptional player and leader who had been behind much of their success up until then. Striding out in his last game at The Oval, Bradman got a standing ovation from all present. What added extra spice to the mix was that Bradman needed to score only 4 runs to take his Test batting average of over 100 with him into retirement. While many thought this was a foregone conclusion, it did not pan out that way. Bradman was bowled for a score of 0 on his second ball to finish with an annoying 99.94 average! Shocking moment in Ashes history can leave their mark for bad or good reasons. This entry in our list is certainly there for good reasons – it was just shocking because the ball Shane Warne bowled was so amazing. Cut to the 1993 Ashes series and Warne was lining up to deliver his first ever Ashes ball in his debut Ashes Test against Mike Gatting. What happened next left everyone stunned! Warne floated a ball well to the outside of Gatting’s leg sump which the English player left well alone. Little did he know that it would turn almost square after pitching to bowl him clean out. We all know that Warne went on to have a fabulous career but this ball in his debut Ashes Test is still his crowning glory.

The 1981 Ashes series is most famous for a Test at Headingly known in England as ‘Botham’s Test’. This is widely seen as one of the greatest Ashes games ever due to how it all unfolded. England looked dead and buried in the game until a sterling all-round performance from Sir Ian Botham delivered a win. This also changed the course of the whole Ashes series in the remaining games. A shocking revelation came out after the game though that two of the Aussies star players (Dennis Lillee and Rod Marsh) had placed bets during play for England to win at 500/1. Although this was denied at the time, it has been admitted since which has left fans wondering if some Aussie players let this match slide so they could profit from their loss?

Most cricket fans will agree that this is the most shocking Ashes moment in history still. It saw England travel to Australia in 1932/33 with the might of Sir Don Bradman to stop. With this in mind, they came up with a controversial bowling strategy which is still much debated today. It saw English captain Douglas Jardine instruct his bowlers to bowl at the Aussie batsman’s head and bodies, rather than at the wicket. The idea was to physically intimidate them so much that they would be unable to play properly and end up getting out. Harold Larwood led the charge over the whole 5 Tests for England in days where batsmen did not wear helmets for protection from short balls. Although England did in this Ashes series 4-1, many did not accept the victory due to how it was gained

As you can see, there have been plenty of shocking and dramatic moments in the history of the Ashes. When you bring together such proud nation’s as England and Australia, you sort of expect it after all! With the Ashes still going strong as a competition, it is highly likely we will see more action added to this list over time.