One of the great pioneers for both feminism and air travel was the fearless pilot Amelia Earhart. She really shot to global stardom after becoming the first woman to fly solo across the Atlantic Ocean. After this awesome achievement, she was soon looking for a new challenge to take on. This came along in double-quick time with the chance to fly around the entire planet. Before she set off, confidence was high that Earhart would do it amongst her fans.
Setting off in early July 1937, things went well until all contact was lost with her plane over the Pacific Ocean. Although there were searches conducted, Earhart, her plane and her co-pilot for that trip Fred Noonan were never found. This saw them confirmed dead in absentia as of January 1939. Since then, there have been many theories around what really happened. Here are the ten most unusual and thought provoking to take in. 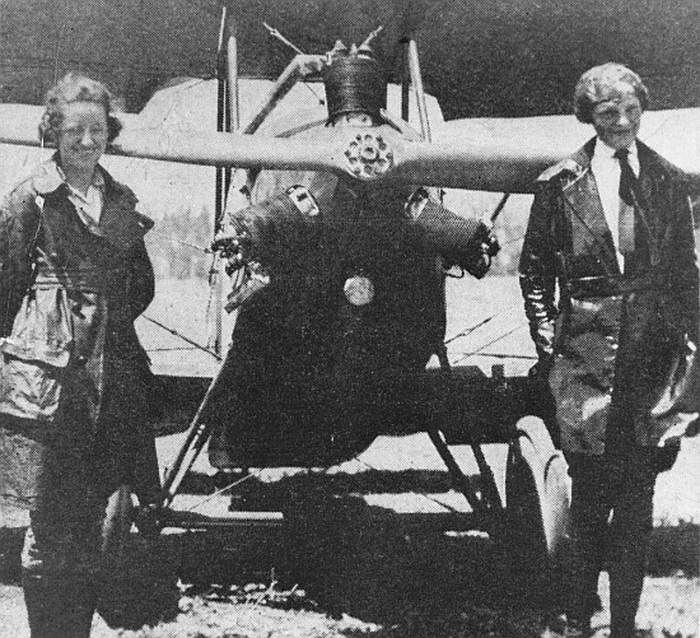 One theory that many have put forward for her untimely disappearance is that she crashed and became a desert island castaway. Many think that the Pacific island of Nikumaroro was the site of her final resting place and where she lived out the rest of her life with Noonan. Evidence for this claim has been the discovery of human remains on the island recently that were a 99% match to Earhart’s. When you also see that she was scheduled to fly close to the island on the round world trip and a bottle of her favourite Benedictine liquor were also found with the bones, then it certainly seems plausible. 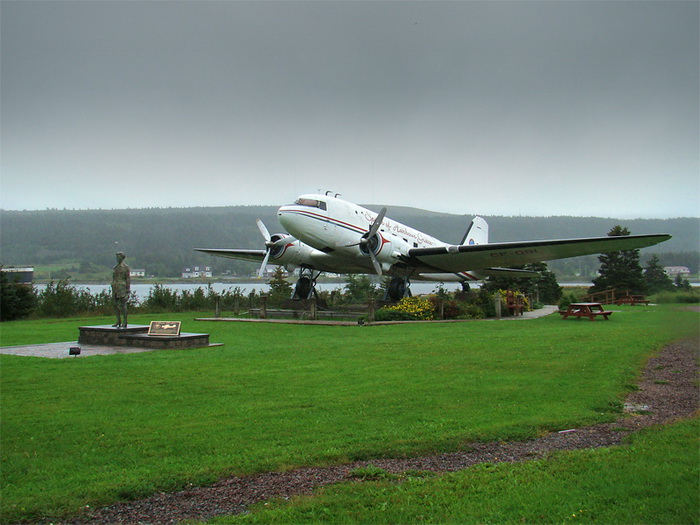 In 2011, locals near the Papa New Guinea of Buka announced they had found the wreckage of a plane believed to be Earhart’s. This was of interest as the last stop Earhart and Noonan made before crashing was on Papa New Guinea. When a team of divers looked around the wreckage, things got even more interesting. One claimed he had found two skulls in the cockpit seats which could have been Noonan’s and Earhart’s. The site of the plane wreck was also on the flight path that Earhart was understood to have been on. 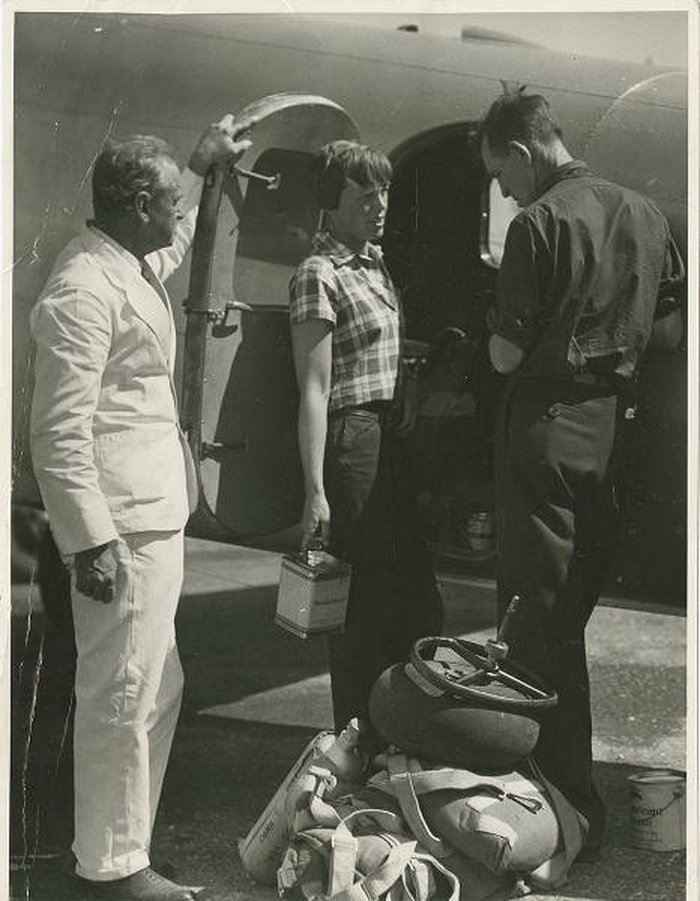 Another fascinating theory around Amelia Earhart’s vanishing was that she had been shot down as a US spy by the Japanese and killed. This is plausible in theory when you remember the period of her flight was right before the start of WWII. Had the US Government used her round the world flight as cover for intelligence gathering on the growing Japanese threat? Where this theory has some legs is that US engineers of the time reported cutting holes in the Earhart’s plane fuselage for camera equipment to be housed. Many think that Earhart was detected and shot down when spying in forbidden airspace around Japan.

07 – Captured by the Japanese? 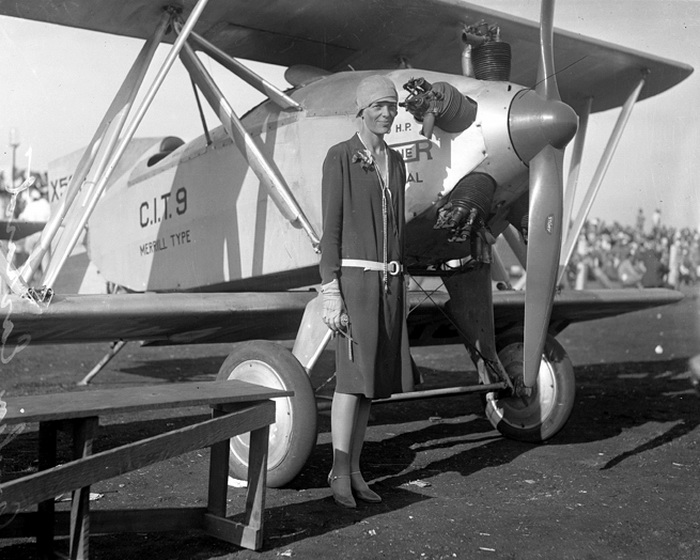 This is one of the longest running theories involving Earhart’s strange disappearance. It has been claimed that she was simply captured by the Japanese en route and taken hostage, never to be released. Where this theory lacks a little credibility is in their motive for doing this. If she were not a spy as above, then what reason would the Japanese have to imprison her indefinitely? Many point to the Japanese invasion of China as being the motive as this made their relations with the US very poor. However, with Japan fully compliant in any search efforts for Earhart, this is one of the most obscure theories to consider.

06 – She Lived Her Last Days On The Marshall Islands 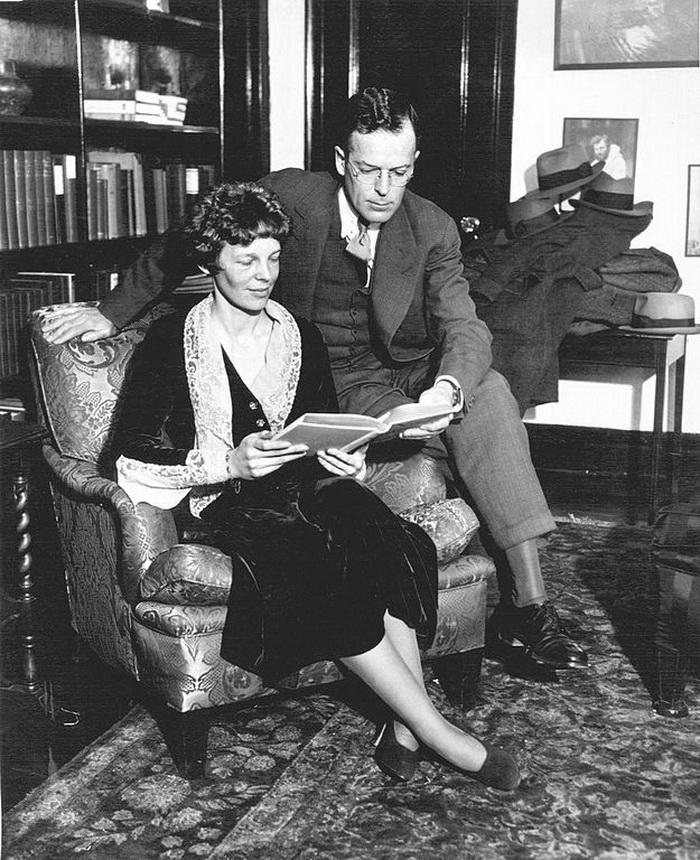 The Pacific Ocean around Japan has many small islands where someone could hide out. The Marshall Islands is one such example and many think that Earhart simply flew there and never left. Rather than any malicious motivations, they think she simply chose to live there and enjoy a carefree existence. Evidence of this mainly comes down to a black and white photo taken from the 1930’s by a US spy on the islands. It is purported to show a seated Earhart with her back to camera along with co-pilot Noonan in the corner of the photo with their plane.

05 – She Was Executed By The Japanese Government 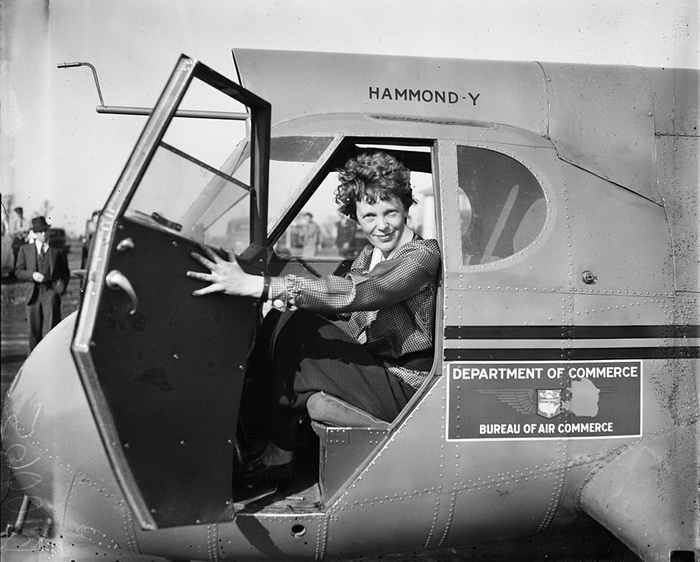 As you can already see, much of the talk around Earhart going missing involves the Japanese Government. The problem was that, at the time Earhart flew, Japan was on high alert for US spies trying to steal confidential military information. Even if she was not a spy, may she have been captured and executed as one? This theory comes from a Japanese man who had once worked as a prison officer in Saipan. He recalls two Americans being shot down around the time of Earhart’s flight and them being found guilty of spying. This then saw them executed and buried on Saipan within a few days.

04 – She Was Rescued By The US Government 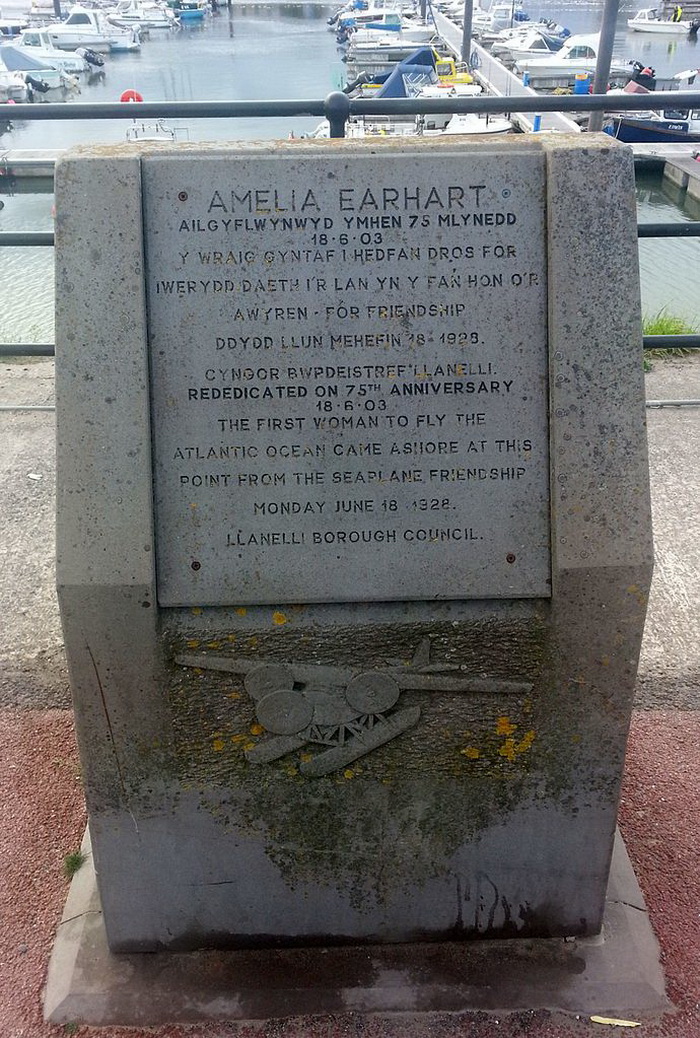 A book released in the 1970’s had an even more intriguing theory as to what really happened to Amelia Earhart. Author Joe Klass claimed that Earhart had been shot down and captured by the Japanese before being rescued by US forces. Klass then says that Earhart was given a new identity of ‘Irene Bolam’ and relocated to New Jersey. The basis for this mainly revolves around key similarities between the two in terms of skills and appearance. Interestingly, Bolam sued the publisher over the book which saw it removed for shelves. 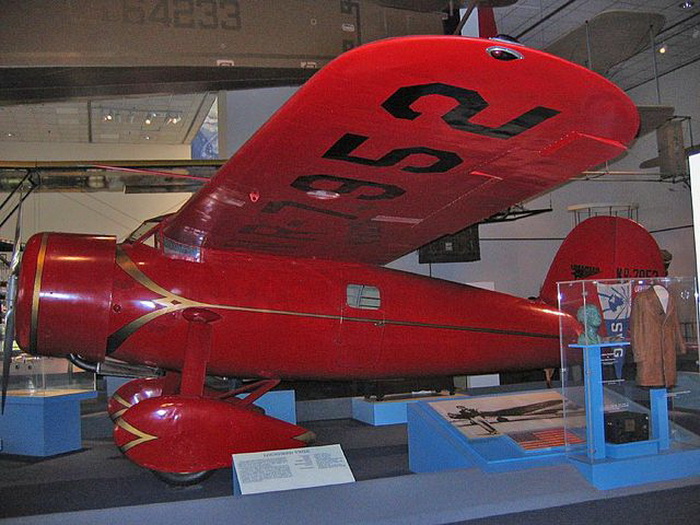 We couldn’t have a list about unexplained disappearances without alien abduction cropping up! Some believe that Earhart was simply sucked up by an alien craft as she passed underneath it. With none of the advanced tracing technology of today, it is hard to discount this theory totally but naturally it is something of an outside chance. Although this is tempting to believe, it may simply be that the primitive airplane technologies of the day failed her and caused a fatal crash.

02 – Did She Work For The Japanese War Machine? 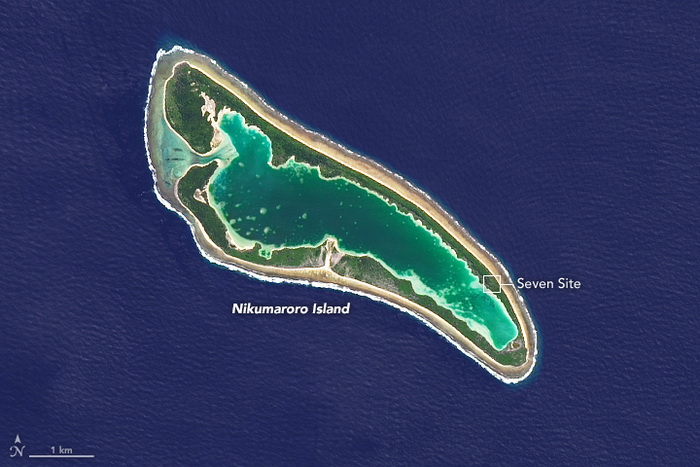 Another theory that some think holds water is Earhart working for the Japanese Government when WWII was on. During this time, Japan used many English-speaking women to carry out radio broadcasts directed at US troops. These broadcasts would tell them of massive US casualties and failures in an attempt to demorolise them. Many think that Earhart had been captured and made to perform these broadcasts or simply was converted to the Japanese cause to do them willingly.

01 – She Survived And Changed Her Name 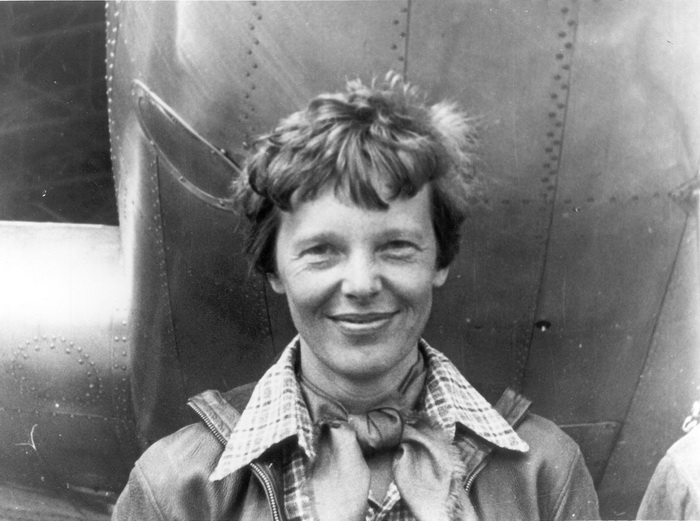 Although the search effort did not produce any results, many maintain that this does not prove Earhart’s death. Those who believe she was a US spy think she completed her mission successfully and returned home in secret. The need to have everyone think she had disappeared early on was the cover for her to carry on her mission under a new alias. Upon her return, the theory goes that then US President Roosevelt helped use the US Government’s considerable power to help her relocate into normal life under this new alias. Some think that she even had facial cosmetic surgery to avoid being recognised.

Almost $4 million was spent on the search efforts for Amelia Earhart and it was something that involved the whole world. For it not to produce any concrete results is quite amazing and leaves much room for conspiracy theories to grow. Whether any of the above will ever be proved remains to be seen but they would certainly be big news if so.