Treasure. Loot. Booty. Call it what you will but it remains a popular part of modern culture. This sees treasure hunting as an activity which more and more people enjoy now. Even if you do not participate in seeking out lost treasure personally, the tales behind these long-forgotten hauls of gold or jewels are always interesting. From expeditions to find the Holy Grail or discover where the Ark of the Covenant finally laid to rest, it these types of stories which make lost treasure so appealing.
If you love to hear tales like this, here are the ten most compelling stories of lost treasure about today. 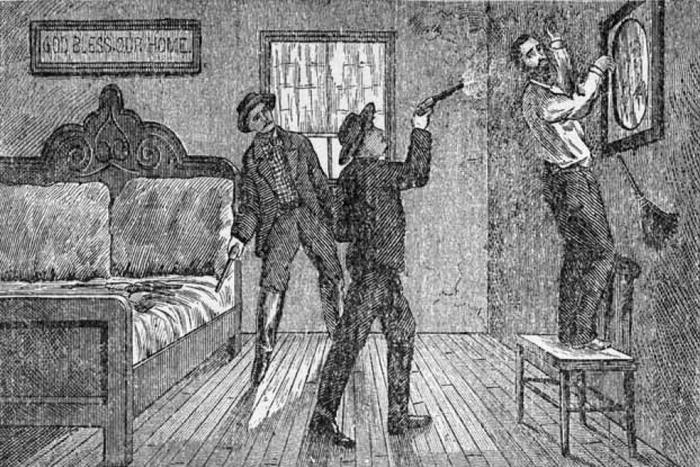 There is no two ways about it – Wild West outlaw Jesse James was a pretty nasty person. Along with his brother and feared James Gang, he took part in some pretty unsavory acts in his lifetime. Despite this, he came to be regarded as something of a ‘Robin Hood’ figure after his death. Interest in James has also been kept alive by the stolen loot many think he buried in the Keechi Hills in Oklahoma. The area is filled with symbols and markings which many treasure hunters think points to where the lost booty is hidden. Still undiscovered, it would make headline news if found one day.

In June 1552, Portuguese ship the Sao Joao was wrecked on the coast of South Africa. It is thought that the ship got into trouble and sank close to the mouth of the Umzimvubu River. It is also believed that the ship went down laden with gold, precious stones, Chinese porcelain and more. In today’s money, this would be worth many millions! The promise of such a haul has led treasure hunters to search the waters in this area ever since, hoping to locate the lost treasure somewhere in the ocean. While some claimed to have found individual trinkets from the main cargo, no-one has discovered all of the lost treasure as yet.

Light-yellow in colour, the fabulous Florentine Diamond is a real stunner. Once part of the Austrian Royal Families Crown Jewel collection, it has also been in the Medici’s private collection and thought to be worth around $20 million in modern times. The diamond was stolen in 1918 from the Austrian Royal Family and has never been seen since. Popular rumour says that it was taken from Austria and then smuggled into South America. This then saw it recut into individual diamonds and resold piece by piece on the global diamond market. Many though believe it exists in its entirety somewhere in the USA and this sees modern treasure hunters still on the lookout for it.

07 – Lost Treasure of the East River

In November 1780, a British warship named the HMS Hussar was sailing to Rhode Island via the East River. According to popular myth, it had gold valuing at least $4 million in its hold. The problems began when the boat sunk in tidal straits and the booty disappeared. While some survivors claimed at the time that the boat had dropped off the treasure before sinking, many treasure hunters still think it is all at the bottom of the sea around Rhode Island. While many have searched for it in these dark waters, no-one has found it – yet!

Russia is not always the first location you think of for hidden treasure but the country has some tempting tales of lost booty to find out about. From Napoleon’s Gold to the Library of Ivan The Terrible, Russia is home to some of the most prized lost treasure around. Varyagin’s Treasure equals these stories and relates to the cargo liner Varyagin which sunk in 1906. The ships owner asked the authorities to compensate him for the valuable contents he had lost when the ship sunk – which attracted the attention of keen treasure seekers. Although there have been a few half-hearted attempts to find the Varyagin previously, no-one has managed it just yet. This leaves a haul potentially worth millions sitting in the Ussuri Bay. 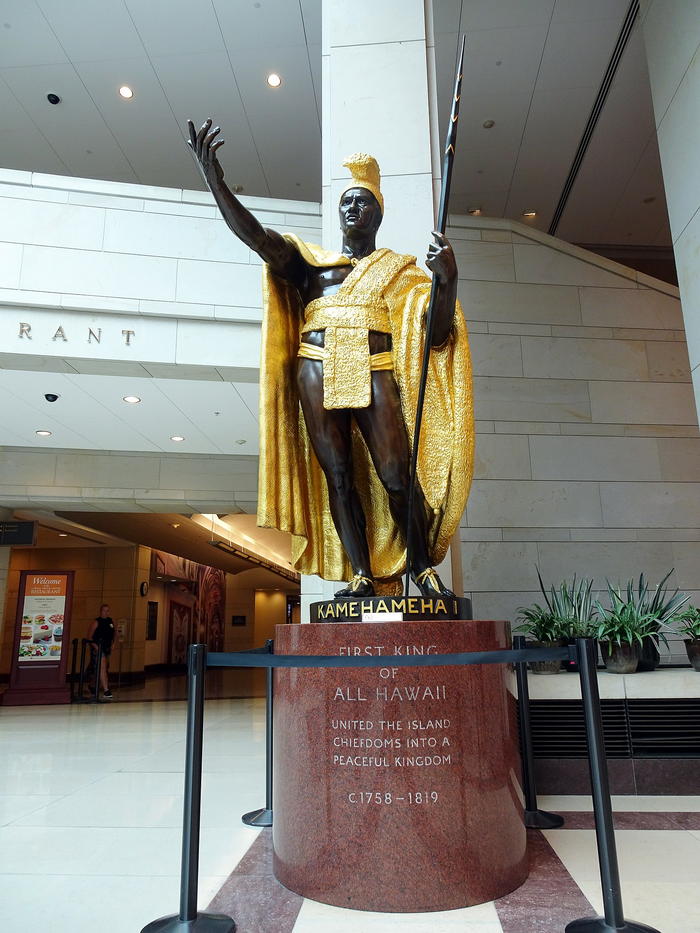 We all know Hawaii as a luxurious holiday spot – but did you know it is also home to stories of lost treasure? Perhaps the one which attracts most attention is the rumoured burial chamber of King Kamehameha. After dying in 1819, it is believed he had piles of precious stones and feathers from now extinct birds placed in the chamber. Although no-one has discovered its exact location yet, it is thought to be in a remote rainforest cave somewhere around Hawaii. The other major story of lost treasure here is the millions in gold and silver reportedly hidden in Hawaii by pirate Captain Cavendish. Believed to be somewhere near Palemano Point, this lost treasure has been keenly hunted for in recent years.

04 – The Treasure of Nadir Shah

In 1739, Nadir Shah invaded Delhi from Persia and looted the entire city. This reportedly saw him leave with a caravan of booty that was 150 miles long. That is a lot of treasure! On his way back to Persia, it is said that Nadir Shah was killed by Ahmad Shah, who then made off with the loot. Many think that Ahmad Shah buried all this treasure in tunnels around the Hindu Kush mountains. Although some has been found in the proceeding years, most of it still remains undiscovered. 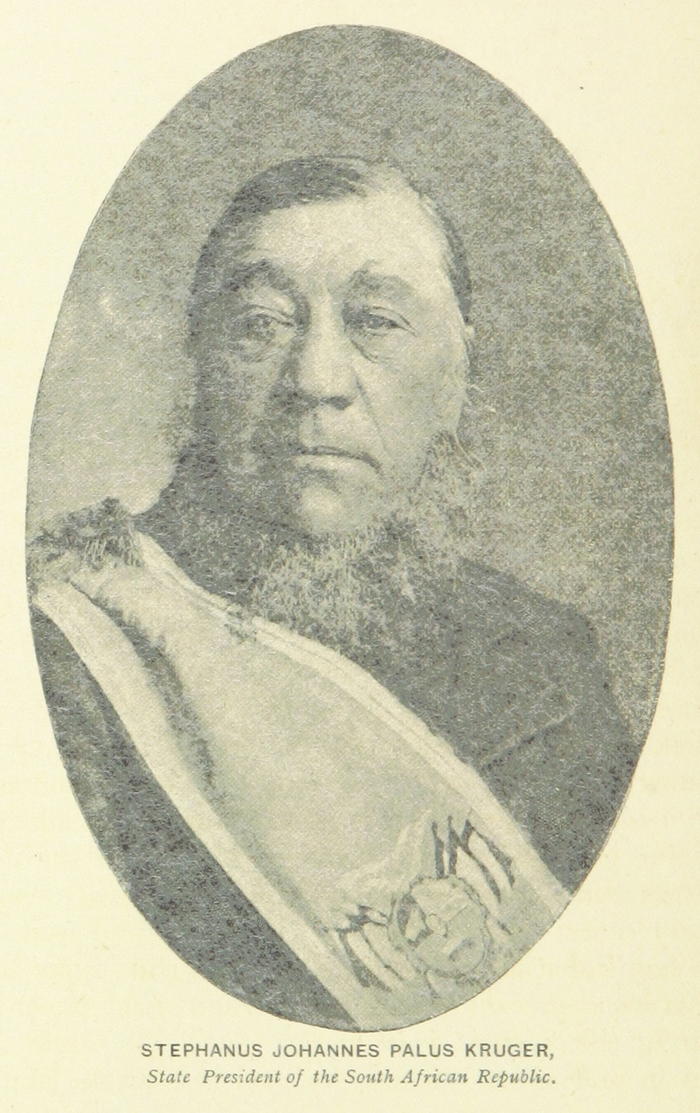 The South African War was not a great time for the Boers. President Paul Kruger was forced into European exile and actually died in Switzerland. After his death, reports began to leak out of $500 million in gold bars and gold coins that he had hidden away before fleeing. Initially, it is believed that Kruger loaded up a train full of this booty and sent it off towards Mozambique. It never made it there though and it is thought that this treasure ended up in the Blue River area of South Africa. Local treasure hunters think a farm between Waterval Boven and Sabie is the real home of this lost fortune. While some of this treasure surfaced in early 2021 in a Swiss bank vault, the rest is still out there.

Scotland is a beautiful place with some stunning scenery. Lochaber is certainly a lovely place to visit and lies next to the Loch Arkaig river. Lochaber is not apparently home to a sea monster though – but a fortune in lost Jacobite gold instead. In 1745, the Spanish crown had pledged to support the Jacobite uprising in Scotland and sent 400,000 livres to get going with. Over time, 7 caskets of Spanish gold were delivered to help the Jacobite struggle before it was defeated. It is believed that 6 of these gold laden caskets were brought to Loch Arkaig near to Lochaber and buried. Not yet fully discovered, many still trawl Lock Arkaig looking for all this booty. 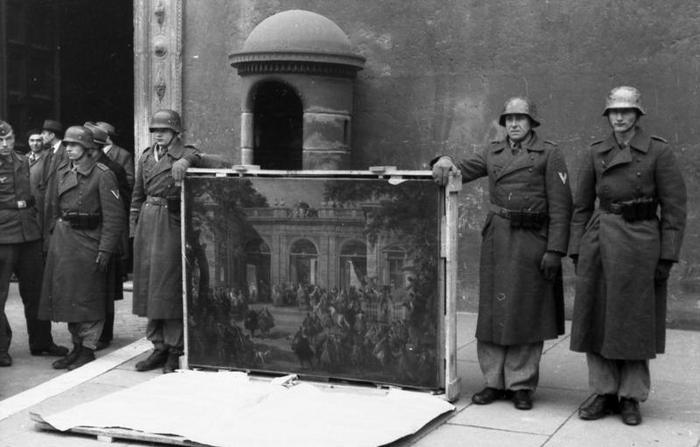 Pretty much everyone knows brutal and horrible the Nazi’s were – but did you know how much treasure they stole and how much remains lost still? As they conquered much of Europe, the Nazi’s looted and stole many priceless stones, gems, artwork, antiques and money as they advanced. In 2019, a diary written by an SS Officer calling himself Michaelis was gifted from a Masonic lodge to a Polish foundation which seemed to outline Himmler’s plans for hiding Nazi European treasure. This diary contained details of 10 sites (including the Hochberg Palace) where the Nazi’s had secreted their loot. This has led to great excitement in the treasure hunting community and could well see many priceless treasures uncovered soon.

There is just something about tales of lost treasure and hidden booty that attracts us. Maybe it is the daring-do of the people who hid it, the challenge to find it or the thought of what we could do with all that money! Whatever the reason, lost treasure is always exciting and the above are the ten most awe-inspiring tales around.