Surely there can be few literary creations that have endured for so long and captured the public’s imagination like Dracula. Inspiring numerous films and TV series, it seems we all love to be scared by the ultimate vampire. The terrifying count was created by author Bram Stoker who wrote the book of the same name. While we know a lot about his most famous creation, little is ever said about Stoker himself. For such a famous author, this is strange and something that can easily be rectified with a look through the history books.
Here’s ten unusual facts about the Dracula author:

10 – Dracula Was Not His Only Book 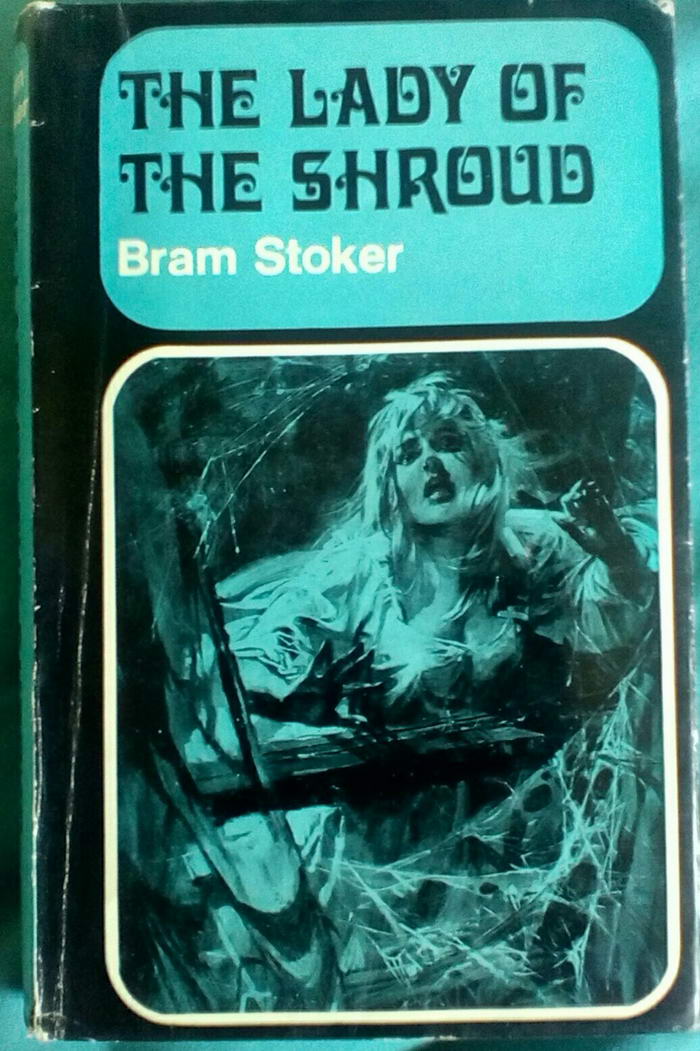 Lady of The Shroud

Although many people only know him for Dracula, this was not his only novel. Stoker was in fact a fairly proficient writer who had a number of other titles to his name. Books such as Lady Athlyne and The Lady of The Shroud showcased his writing style to great effect and ensure he left a fine literary legacy behind.
Interestingly, it was not always horror that Stoker wrote about but a fair share of his output lay in that area. Although he wrote 12 other novels in all, Dracula was his most famous one by far and the one most people associate with him.

09 – He Gained A Degree in Mathematics 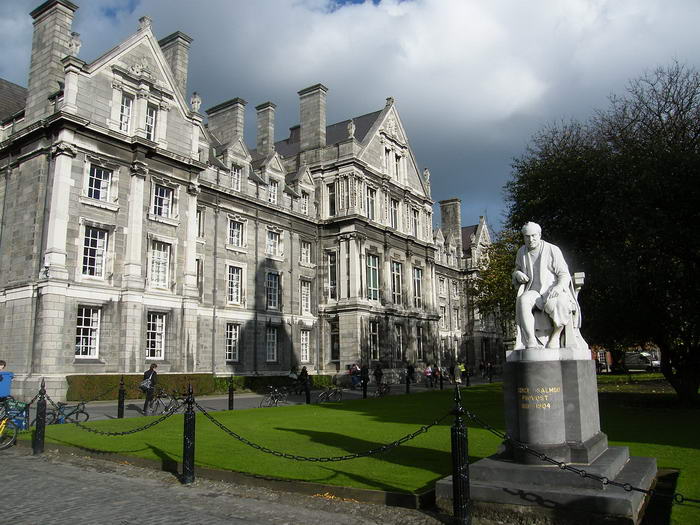 Trinity College – By Pilgab (Own work (own picture)) [GFDL or CC BY-SA 3.0], via Wikimedia Commons

Upon leaving school, Stoker enrolled to study at Trinity College in Dublin, Ireland. A very bright student, Stoker was noted for his ability and hard-work when studying there. He completed a full 6 years from 1864 to 1870 before leaving with his BA Mathematics.
As well his studies, Stoker was an active member of the student body, being both president of the University Philosophical Society and auditor of the College Historical Society. It seems Stoker was also interested in sports whilst at university and became one of the top athletes on campus.

08 – After His Degree He Moved To London 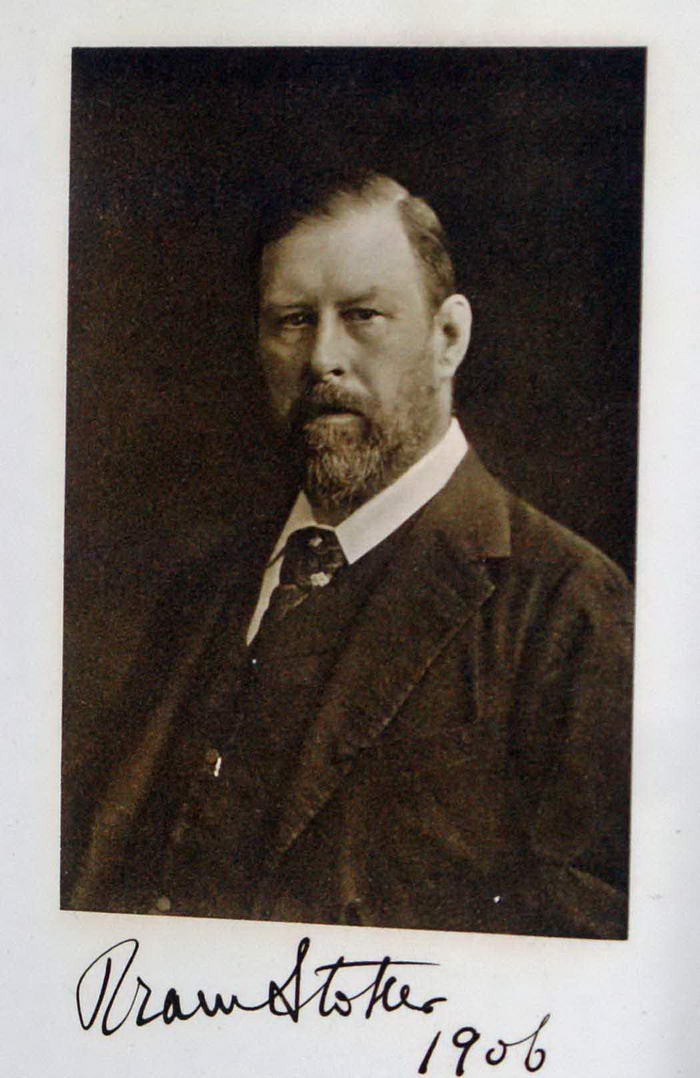 Bram Stoker – By FluoritLaufer (Own work) [CC BY-SA 3.0 or GFDL], via Wikimedia Commons

In 1878, after working for some years as the Dublin Evening Mail’s theatre critic, Stoker met Florence Balcombe. A famous beauty in Ireland, the winning of Florence’s hand was something of a coup for Stoker as Oscar Wilde was also pursuing her affections. Stoker eventually won her heart though and they were soon married.
After marriage, the couple decided to move to London to continue their life together. They settled there happily and had one son together, Irving. It also helped Stoker’s literary career greatly to be based in the capital of England.

07 – He Was Assistant To Henry Irving 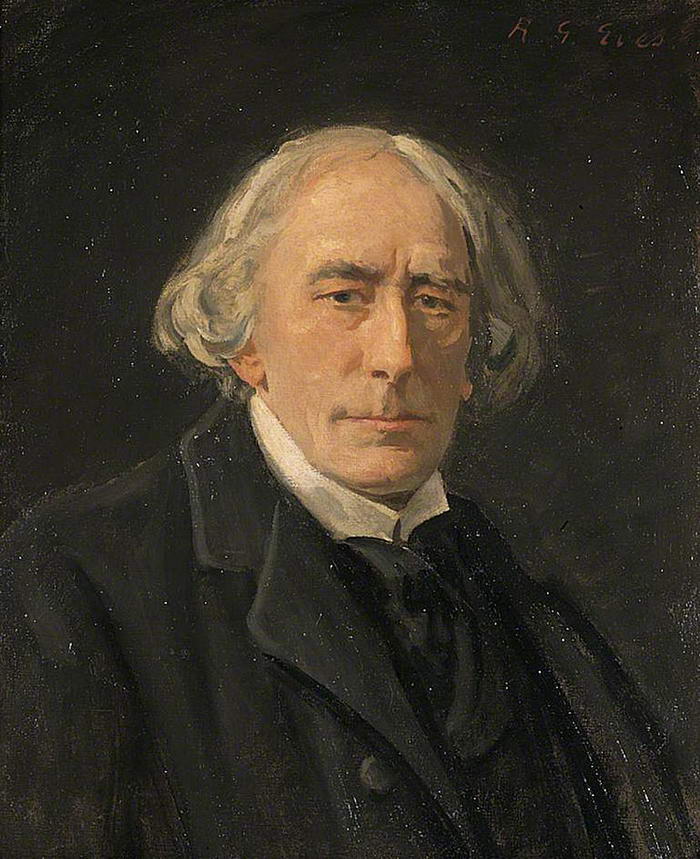 Henry Irving was alive at the same time as Stoker and was a very popular and well-respected actor. Fortune smiled on Stoker somewhat when he wrote a rave review during his time at the Dublin Evening Mail of Irving’s Hamlet. The pair soon became firm friends after this and Irving made Stoker his personal assistant after the Irishman moved to London.
Stoker also become business manager of the Lyceum Theatre in London which Irving owned. Not only did this give him a steady income to fund his writing efforts but also allowed Stoker to indulge in his love of the theatre.

06 – He Knew Many Famous People Of The Time 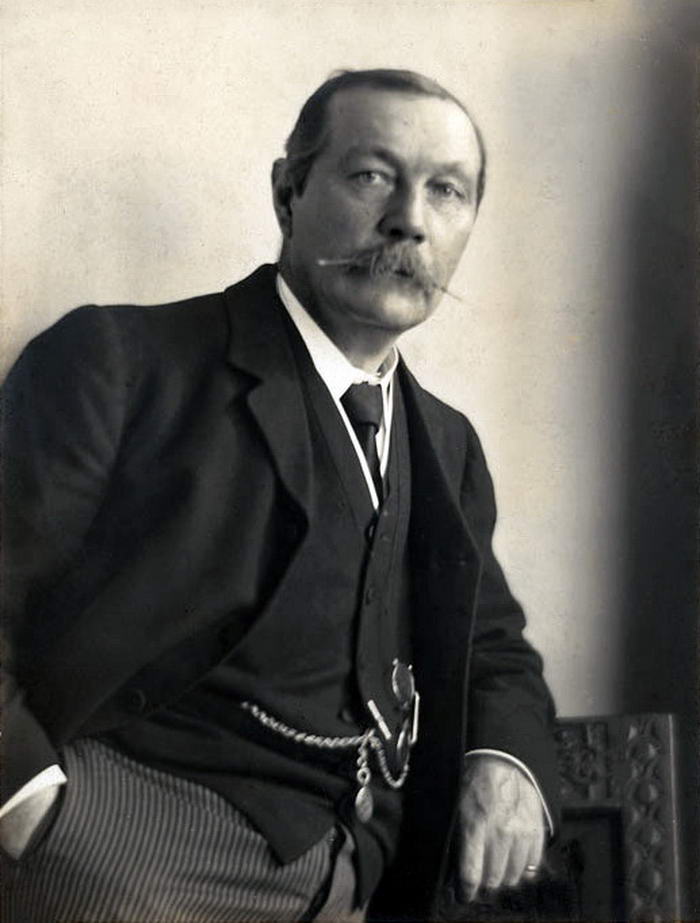 As noted above, Stoker’s boss and friend Henry Irving was a very well-connected and influential figure in London at the time. Through Irving, Stoker got to know many famous people in high society such as Sir Arthur Conan Doyle and James Abbot McNeill Whistler. This helped Stoker greatly in getting his novels seen by the right people and published.
Indeed, through his friendship with Irving, Stoker became a fairly powerful figure too within London society. The Lyceum was arguably the most popular theatre of the time and Irving the most famous actor which all bestowed a certain status upon the Irishman.

05 – Stoker Was A Sickly Child 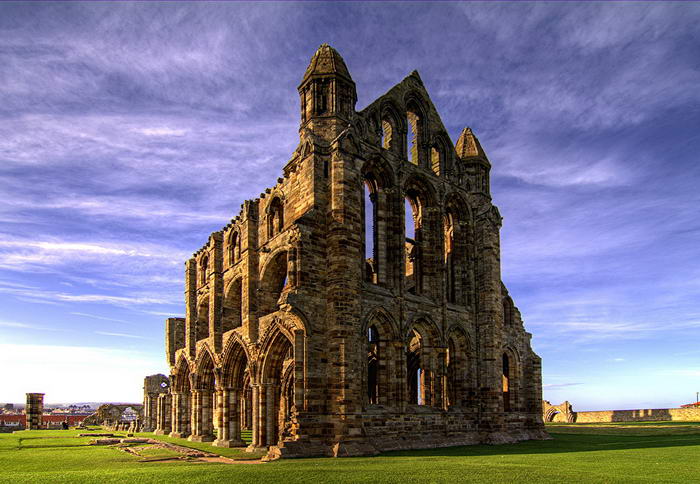 During his childhood years, Stoker was a sickly child who was mostly bed-ridden. The exact nature of the ailment was never found and he instead spent most of his youth recovering from whatever was affecting him. Strangely, he recovered almost overnight to be able to apply for and attend university at Trinity College in Dublin.
Some have suggested that this period of his life is what informed some of the story and ideas for Dracula. It is reported that his mother would entertain a young Stoker with tales of ghosts and ghouls from Irish history to keep his spirits up which also came in handy when writing the novel.

04 – Stokers Family Had A Macabre Past 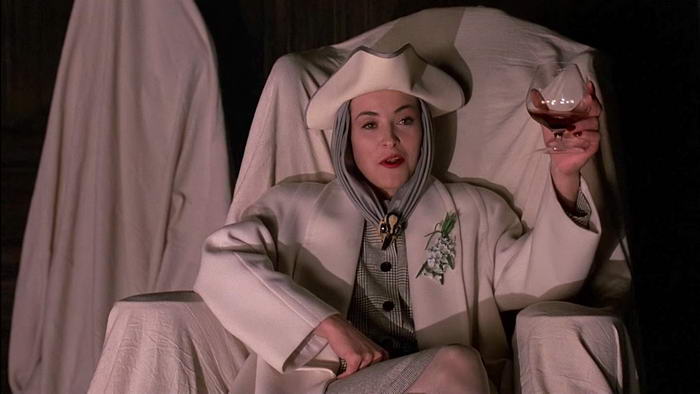 The Lair Of The White Worm

Perhaps this fact helped when Stoker was seeking ideas for his novels such as Dracula and The Lair Of The White Worm. It seems that the Stoker family lineage was fairly gruesome and included some very unusual characters. This was particularly true for one ancestor on his mother’s side of the family.
It seems that Stoker was related through his maternal side to the ancient Sheriff of Galway. It is said this was the Sheriff who hanged his own son when he was caught committing wrong-doings. Obviously, this was great material for Stoker to call on when he needed too! 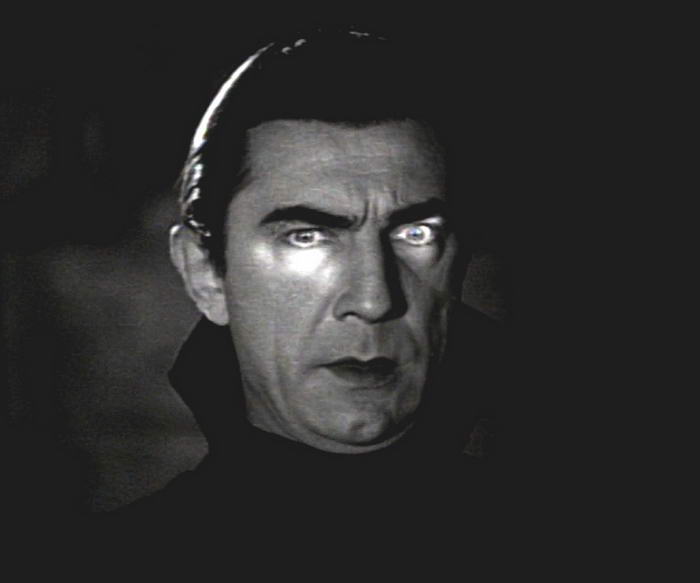 Dracula – By Screenshot from “Internet Archive” of the movie Dracula (1931) (http://www.archive.org/details/Dracula1931-Trailer) [Public domain], via Wikimedia Commons

As we all know, the main inspiration for his most popular novel was taken from Eastern Europe and Transylvania. The tale of blood-thirsty Vlad the Impaler was thought to have made a lasting impression on Stoker when he heard it and found its output in his this book.
Some however have also pointed to lesser known Irish horror influences on Dracula. Stoker hid the Irish references well but some say the main story is taken directly from Irish tradition and the character of Manus the Magnificent. 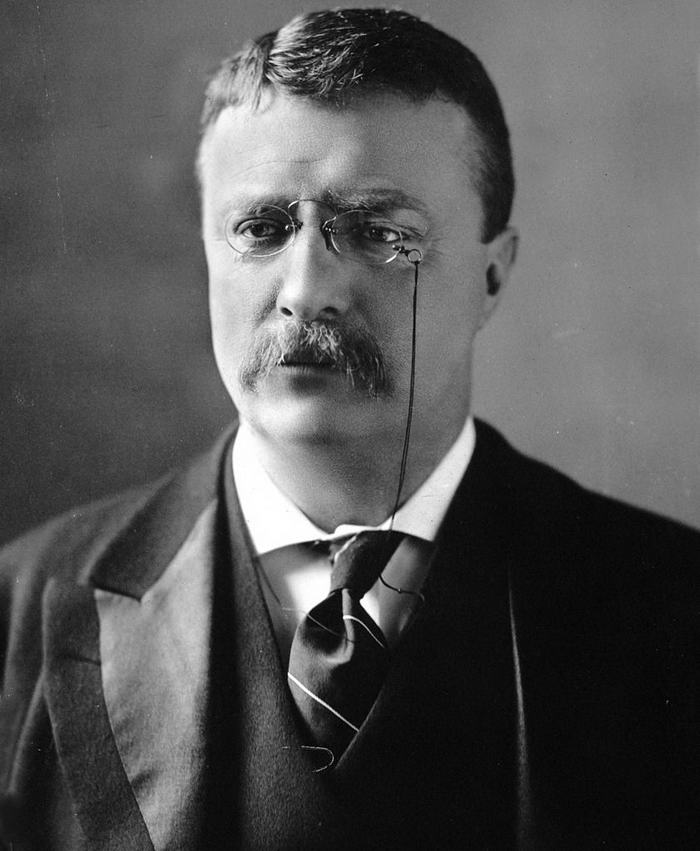 Part of Stoker’s employment with Irving was to travel with the actor when he took jobs abroad. Indeed, it is thought that one of these trips to the Balkans in Europe is where he first heard about Vlad the Impaler. Irving was hugely popular in America as well as England and made many trips to the USA as a result.
A perk of being associated so closely with someone like Irving was that it got you invited to places like the White House. Stoker met two different American presidents in William McKinley and Teddy Roosevelt while abroad with Irving.

01 – His Ashes Are On Display In Golder’s Green Crematorium 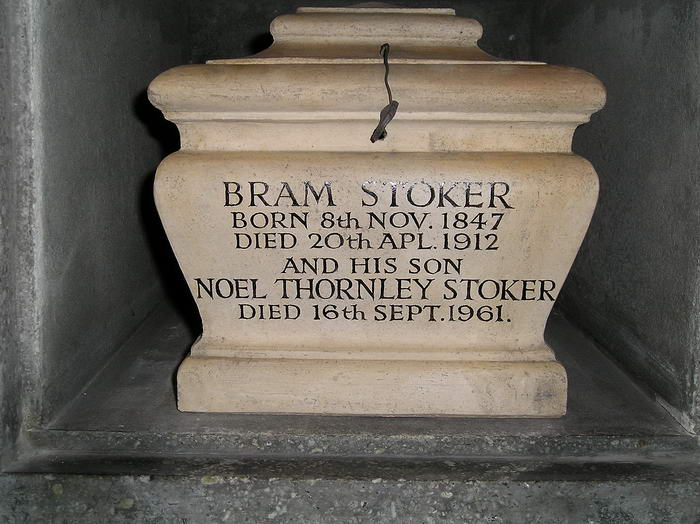 Stoker led a full life but finally died in 1912 at home after suffering a number of strokes. The exact nature of death has long been a cause for speculation with some attributing it to tertiary syphilis or extreme overwork.
As per his wishes, Stoker was cremated, and his ashes were placed on display in Golder’s Green Crematorium in North London. As an interesting aside his son’s ashes were also placed on display in the same urn, following his death in 1961. For some reason, his wife Florence’s ashes did not make it into the family urn though. Hers were instead scattered in the Garden of Rest when she died later.

As you can see, the life of Dracula author Bram Stoker is almost as interesting as his most famous book. From childhood illness to successful study at Trinity College and literary fame beyond that, Stoker had a most fascinating life. A noted name in London society, he also had connections and friendships with many of the biggest names at the time. If you have never read any of his other books, it is worth checking them out as they all have the same fabulous plot and writing style as Dracula.