Anyone who has read The Da Vinci Code or seen the movie will know about eerie Rosslyn Chapel in Scotland. This small village chapel was once a little-known backwater but has recently found fame through this novel and film. But why is it so celebrated? Many, author Dan Brown included, believe that this chapel is home to stunning religious secrets such as The Ark of the Covenant or ancient Knights Templar treasures. In addition, some even claim it has interdimensional portals to other galaxies and time frames!
Here are ten of the craziest conspiracy theories about Rosslyn Chapel.

10 – The Holy Grail Rests There 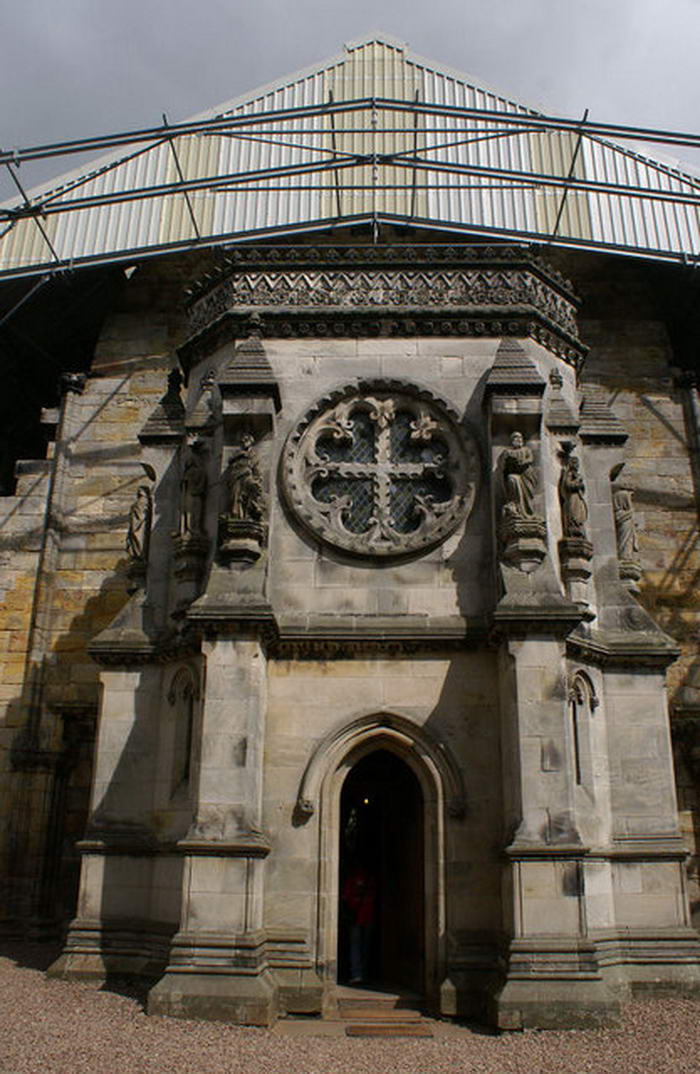 Surely one of the most insane conspiracy theories around Rosslyn is the thought that The Holy Grail rests there. This famous cup was said to be the one used be Christ at The Last Supper and also the one used to catch his blood at the Crucifixion. Rumours have long abounded that the Knights Templar brought this famed relic to the chapel when fleeing there from persecution in Europe. While no proof exists that this is true, many are convinced that there are secret chambers under the chapel that house the Grail.

09 – A Universe Spanning Portal Is Found There 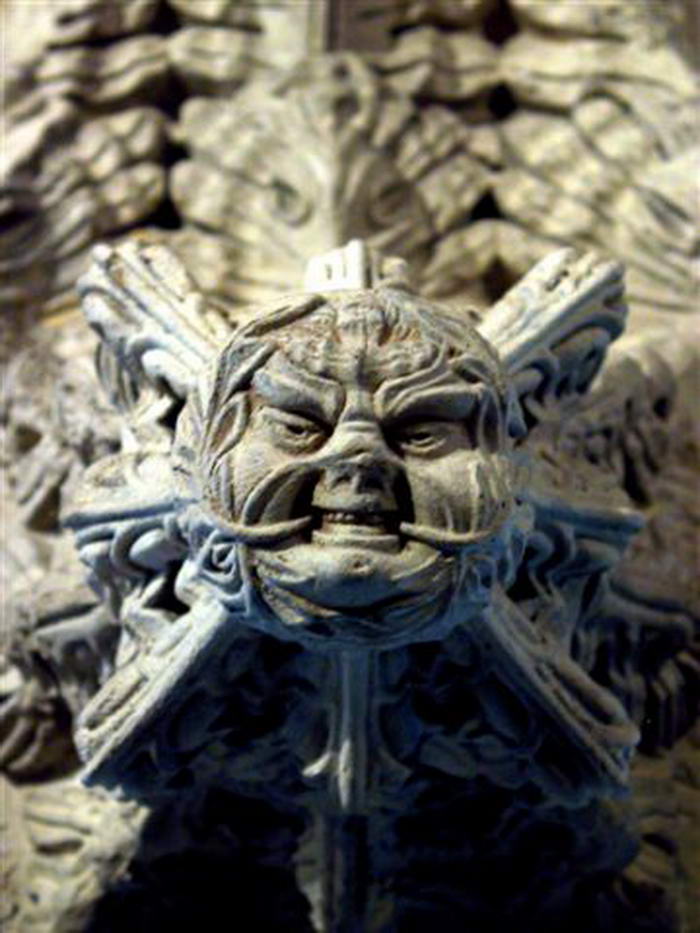 As already mentioned, some believe that a magical portal between dimensions exists around the chapel. There have been numerous UFO sightings in the region and this has led to speculation that the chapel is used to cross between dimensions by various beings. Further to this, various experts in the area also claim that sinister forces on earth have access to this portal and use it for their own evil ends. The portal is said to be operated by emitting certain frequencies into the air which then cause it to open. 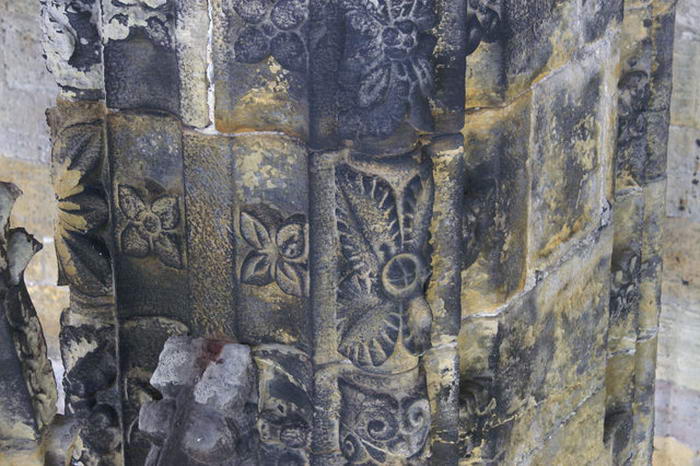 One of the most mysterious stories around Rosslyn revolve around the architecture inside the Chapel itself. There are many carvings inside for people to try and decipher along with cryptic messages also. Many believe that some of the marking show that the chapel was built by secret societies who had knowledge of things that would not be released to the public until later. One column for example is in the shape of a DNA strand which would not be apparently ‘discovered’ until much later. 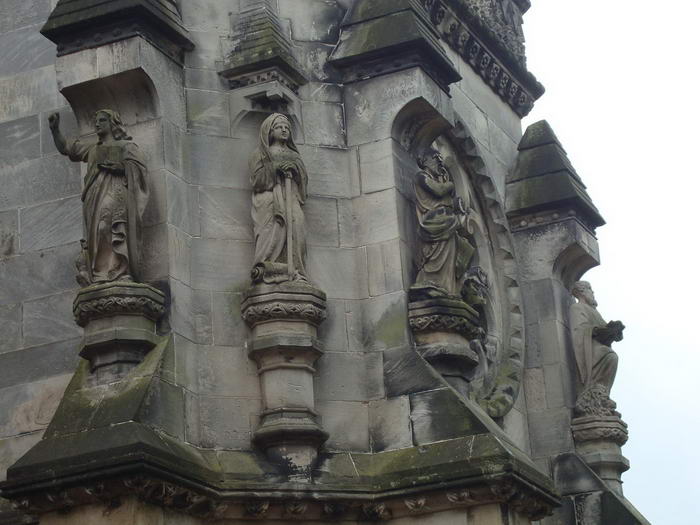 Many UFO experts claim that, when you look at its size, Scotland has more UFO sightings than any other country in the world. The area around Rosslyn sees a lot of this activity and many people have reported seeing suspicious alien activity in the sky around the chapel. The village of Rosslyn actually lies in the famed Falkirk Triangle and has itself seen many strange UFO sightings, including the apparent alien abduction one villager. 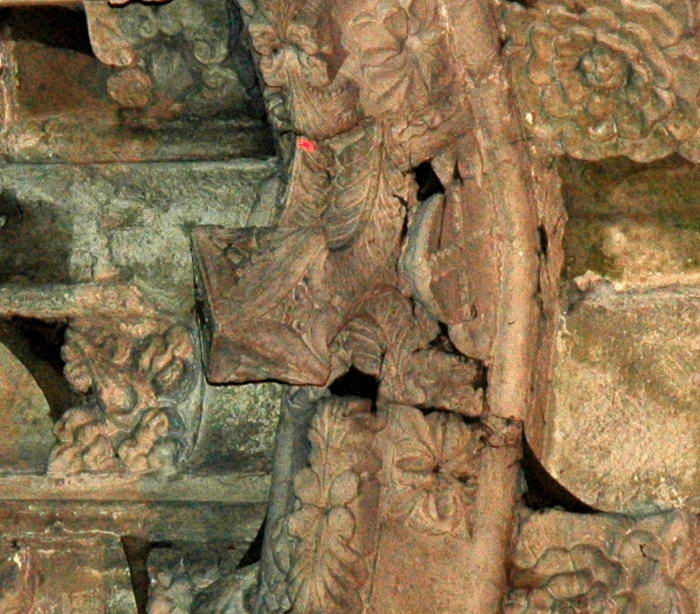 Many people who have looked into Rosslyn Chapel seem fascinated by a set of stone cubes that hang from the ceiling. The cubes are engraved with strange symbols that some believe relate to a strand of science called Cymatics. This involves powder being placed on a metal surface and forming into a certain pattern, depending on the frequency the metal surface vibrates at. Many think the stone cubes give the Cymatic pattern needed to open a portal into another dimension. 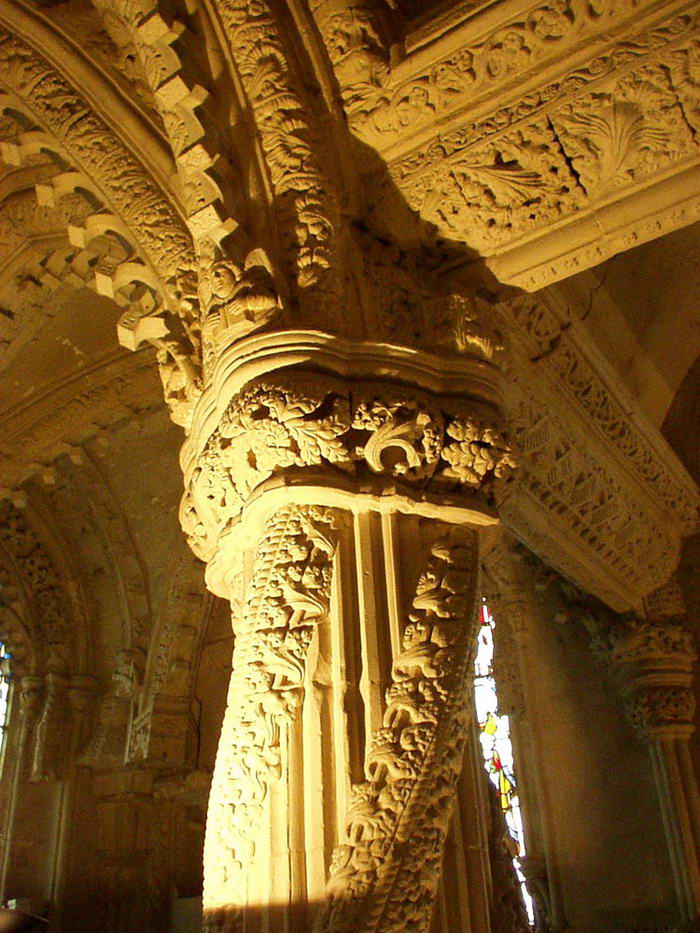 In 2010, a period of conservation work was embarked on in the Rosslyn Chapel grounds. This found a set of bones that many believed showed proof of ritual sacrifice and secret societies being active in the area. When the body was carbon-dated to around the date the chapel was actually built, this led to even more speculation. Although authorities now think it was simply the body of a dead local person buried on-site, some still believe it is proof of the chapel’s dark past. 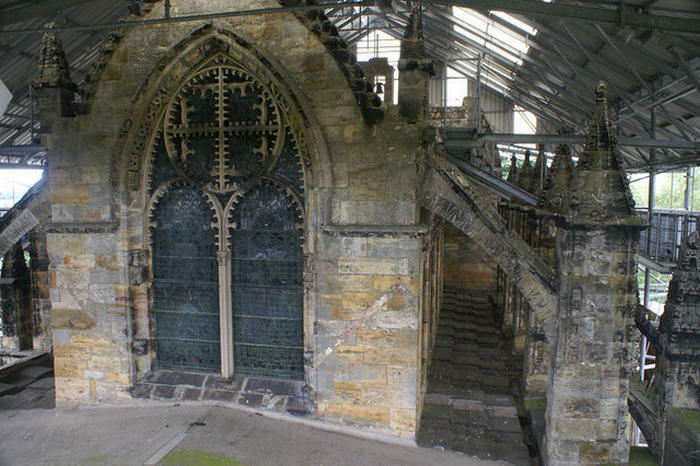 Perhaps one of the wildest theories out there around Rosslyn is that the embalmed head of Jesus Christ lies there! This theory goes back to The Knights Templar again and their rumoured antics upon fleeing persecution in Europe. Some think that the brought the head of their Lord with them so they could worship and protect it. It would be interesting if further explorations into this theory could be carried out but Rosslyn’s listed building status conveniently prevents this.

03 – There Is An Underground Chamber 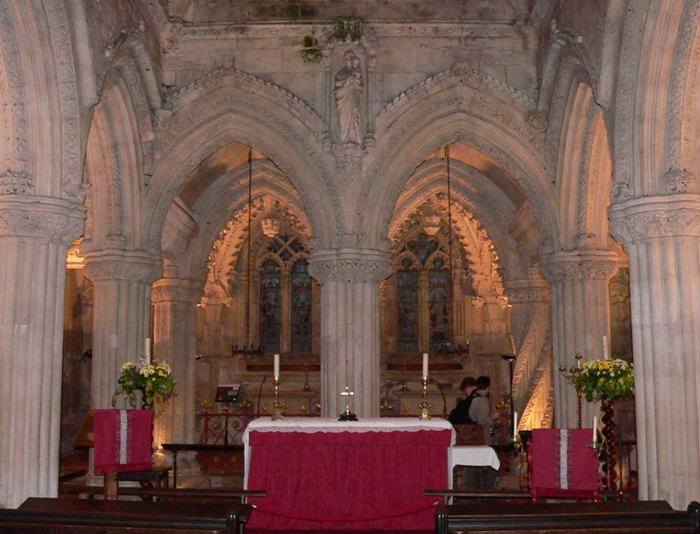 For many people who have looked into Rosslyn Chapel, one thing is certain. There appears to be a secret underground chamber lying beneath the chapel. No-one is sure what this chamber contains although naturally the treasures such as The Holy Grail and Jesus Christs Head are presumed to be there. Excavation had started but proved fruitless due to the sand the chapel is built on making it hard to see what is there. Further exploration has been banned to avoid fatally damaging the chapel’s foundations. 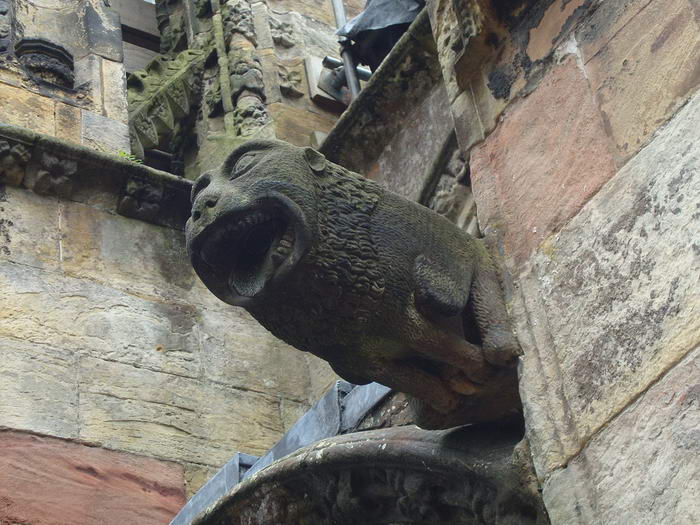 One big conspiracy theory that many subscribe too is that there are secret scrolls hidden below Rosslyn that tell the real, secret history of Christianity. Many believe that knowledge is the real secret to be found in Rosslyn. It is said that The Knights Templar brought back secret scrolls found in Jerusalem to Scotland when they settled in the area. These scrolls are thought to contain an alternative version of both the history of Christianity and how the religion actually work in practice.

01 – Is It Connected To The Freemasons? 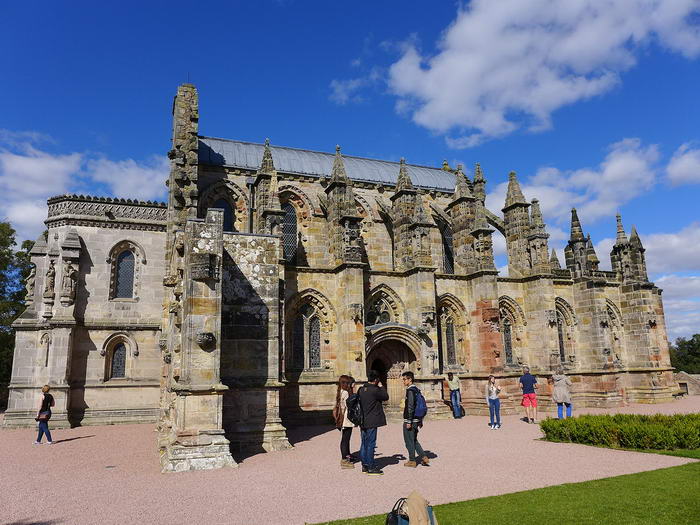 One crazy theory connects this chapel with the secret society of the Freemasons. This has its basis in fact as records show that Rosslyn was built under the direction of Sir William St Clair. It is well-known also that the St Clair family have strong connections to The Freemasons which would make Rosslyn a strong site for secrets and hidden knowledge. Of course, these kinds of connections only serve to fuel the rumours around Rosslyn and its secret society connections.

There is no doubt that Rosslyn Chapel is one strange place. The amount of strange UFO activity in the area, the apparent secret chamber underneath and the many strange carvings inside, all add up to make it a fascinating site. Whether it will ever release its secret we will never know, but if it does then we will surely see many of these theories cleared up once and for all.