While there are many elite secret services in the world such as Britain’s MI6 and Russia’s FSB, the Israeli-run Mossad organisation is one of the most feared and infamous. With a remit to protect the state of Israel, it is the countries top National Security agency. Within its remit falls covert intelligence gathering, counter-terrorism efforts as well as covert operations against enemies. Brutally effective, they are thought to be behind some of the world’s most notorious killings in history.
We look their ten most controversial exploits: 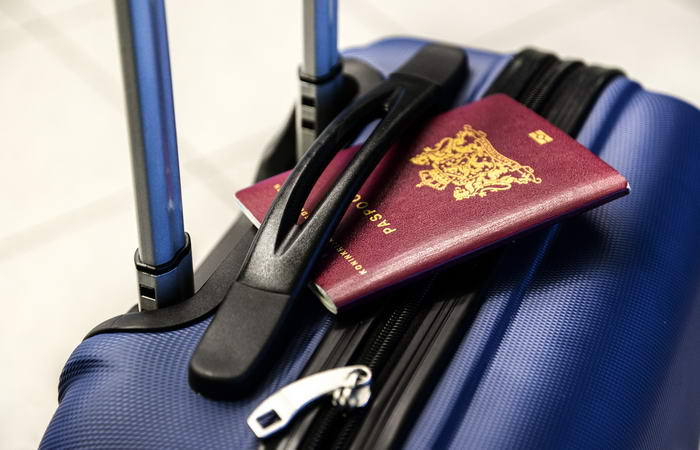 Back in 2010, this was a massive scandal involving Mossad that shook the world. In effect, it was the agency getting caught out using forged Australian passports to enter Dubai. Now, if the Mossad agents sneaking in were just on holiday, it wouldn’t have mattered. Unfortunately, they actually went to complete the successful assassination of Hamas leader Mahmoud al-Mabouh.
A former Mossad agent blew the whole case by going on national radio and confirming this had been done. Not only that but as well as fake Australian passports, Mossad regularly used fake documents from other countries such as America and Britain to travel around undetected. Naturally, this went down very badly with the other countries and caused Israel real diplomatic issues. 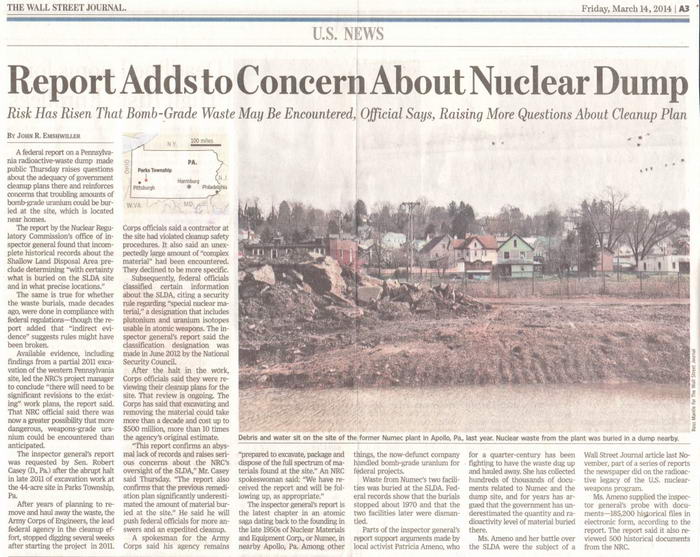 Founded in Pennsylvania, America in the 1960’s was the Nuclear Materials and Equipment Corporation (NUMEC). During the time it was open, it was one of the area’s largest employers before eventually closing its doors in the early 1980’s. It was at this point that a real scandal erupted as hundreds of pounds of highly enriched weapons grade uranium had somehow gone missing from the site over the years.
Suspicions for many fell on the company’s founder Zalman Shapiro, who was an Israeli, and Mossad. Although never proved, one theory was that Shapiro helped funnel the material out of America and over to Israel under Mossad orders. 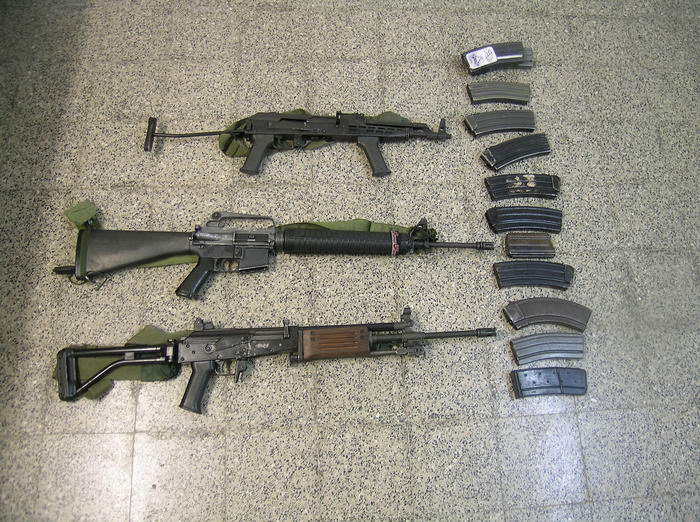 Arms to Iran and the Contras – By Israel Defense Forces [CC BY-SA 2.0], via Wikimedia Commons

When the Shah ruled Iran, Israel sold him lots of guns and ammunition. However, this all came to an end when exports and relations were cut after the Islamic Revolution in Iran. Despite this, Israel began selling arms to Iran again covertly in 1980 after Iraq invaded Iran. Many believe Mossad were the main movers behind this and looked after the shipments that should not have been happening.
The cover was blown in 1981 when a plane carrying one of these secret arms shipments crashed in the Soviet Union, offering clear evidence of something going on. There were also documents found by a British newspaper linking Mossad associated arms dealer Yaakov Nimrodi with the secret operation.
Not content with being caught out allegedly supplying weapons to Iran, Mossad also undertook Operation Tipped Kettle in Central America. This involved seizing weapons from the Palestinian Liberation Organisation and selling them to rebels in Nicaragua. This caused a huge outcry when it broke and was another infamous moment in Mossad history. 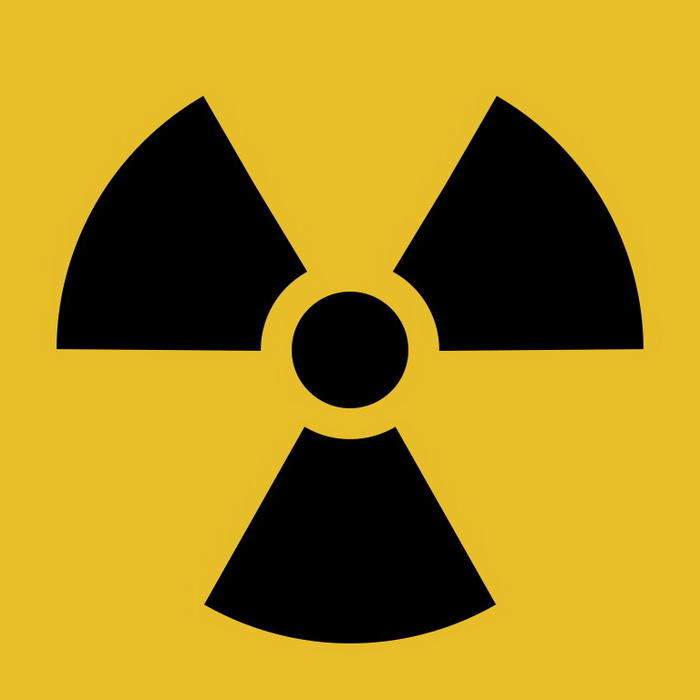 There was a time when a large part of what many suspected Mossad to be involved with was bolstering Israel’s nuclear program. As well as the alleged NUMEC theft, there was the notorious ‘Operation Plumbat’ incident. This involved Mossad setting up a fake front Liberian company to buy an ocean-going freighter to use.
Next, they brought almost $4 million of yellowcake uranium from a Belgian mining company with the intention of using the material in the covert Israeli nuclear program. The plan was that the freighter would pick up the uranium from Antwerp where it would be in barrels labelled Plumbat, a harmless lead product. The crew of the ship were all undercover Mossad agents who sailed the ship to an off-shore meet outside of Greece where the material was secretly unloaded onto other vessels.
When the ship eventually made it to the official destination, the cargo load was empty and the undercover agent claimed to have been robbed by pirate en-route! 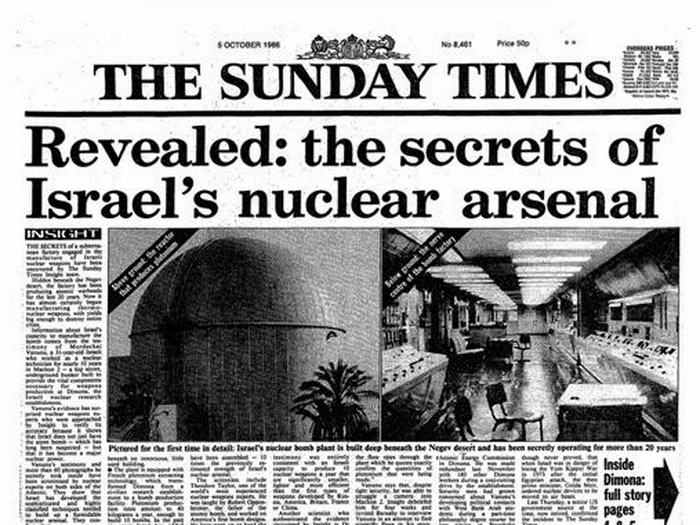 If there was one classic example of the various ways that Mossad would get their targets it is this one. Mordechai Vanunu was a disgruntled technician at Israel’s top nuclear power plant and had defected with the intention of giving away all the countries nuclear secrets to the British media. Fearing a Mossad assassination attempt, Vanunu was placed in a safe house and ordered to be careful.
Realising that an outright assault was difficult, Mossad found another way to get to him. Agent Cheryl Hanin pretended to be American tourist ‘Cindy’ when she initially made contact with him. Vanunu was off-guard as the first meet happened in the street as if by chance so he did not think this beautiful girl could be a Mossad spy. How wrong he was!
After dating for a few weeks, ‘Cindy’ lured him to her sister’s apartment in Rome with the temptation of finally sleeping with her. Of course, this was a trap and he was arrested by Mossad the moment he landed in Rome! 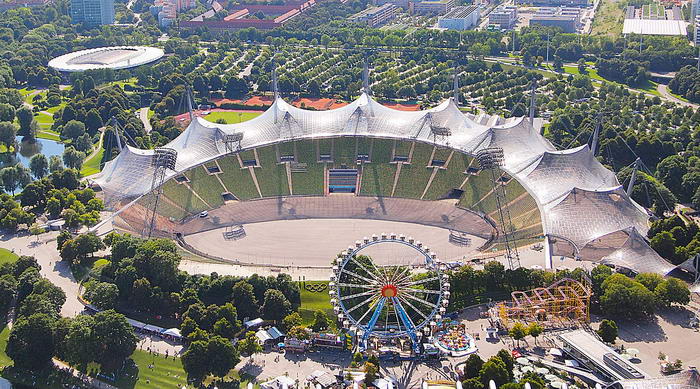 After the attacks by terrorist group ‘Black September’ on Israeli athletes at the 1972 Munich Olympics, Mossad was out for revenge. They conceived operations to hunt down the terrorists involved and kill them, one of which was Operation Lillehammer. The only trouble was the guy they killed was innocent!
Intelligence received by Mossad that the terrorist Ali Hassan Salameh was in Lillehammer, Norway was actually false counter-intelligence from Salameh himself. When the Mossad team arrived in Lillehammer, they misidentified Ahmed Bouchiki as Salameh. Once he was eliminated, the fur really began to fly!
Locals had already reported to police of a group of foreign men behaving strangely around the town, so they were on hand to arrest some of the Mossad team after the killing. On trial for murder, they were forced to give away the true nature of what had happened. 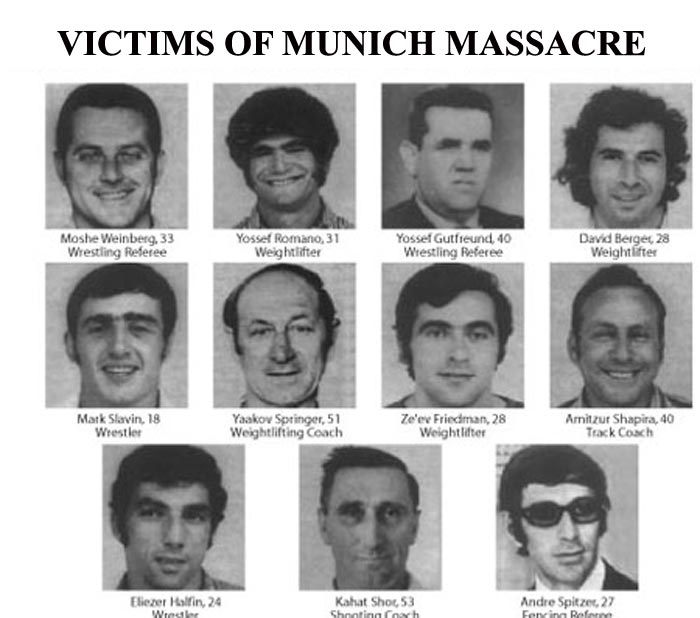 After Lillehammer, Mossad were annoyed! And you really don’t want a bunch of annoyed super-spies after you, as Ali Hassan Salameh found out. Mossad waited a few years and then decided to pursue and eliminate Salameh again. Only problem was that, in the intervening years, he had become a CIA double-agent.
To be fair to Mossad, they did ask the CIA if they were connected to Salameh but the American’s lied to avoid an international dispute. Thinking they were good to go, Mossad inserted agents in the local area that Salameh lived to learn his routine. After studying him for a few weeks, they planted a huge car bomb along the route he was found to take every day and blew it up as he drove past. It did the job but caused huge carnage with 9 people in total dying. 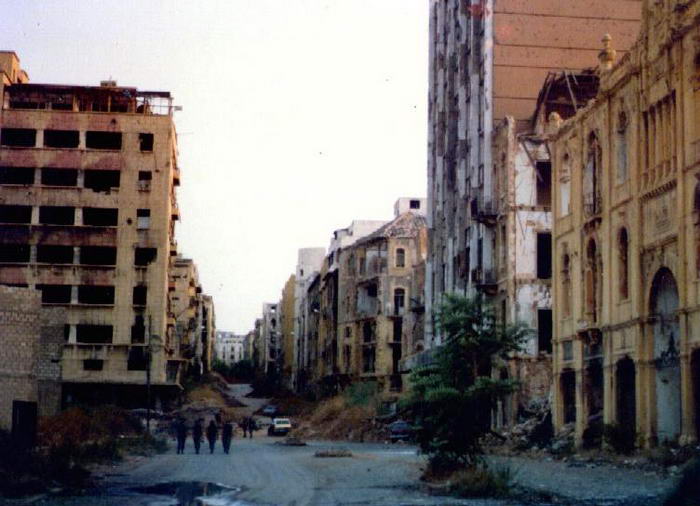 In 1983, over 240 American soldiers were blown up at the US Marine Barracks in Beirut. Carried out by the local radical Shia group, it was a terrible tragedy that provoked outrage in the USA. What caused even more outrage was that Mossad supposedly knew about it and had failed to warn the Americans in advance.
Naturally, this was a major problem between the countries with America believing that the lives could have been saved if Mossad has passed on what they knew. It seems, that if the claims are true, the Israeli’s may have been hoping the bombing would worsen US-Arab relations and push the American’s closer to Israel. When these suspicions were voiced however, it sort of worked the other way!

02 – The Killing of Mehdi Ben-Barka 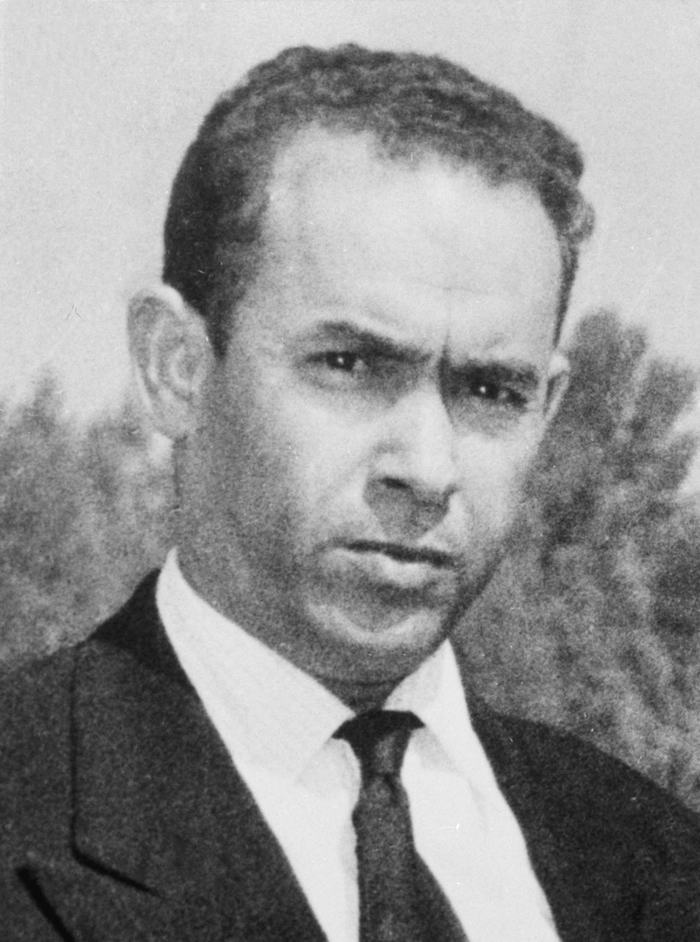 Once a tutor of King Hassan in Morocco, Mehdi Ben-Barka soon fell out of favour in his country when he began speaking out against the ruling class. King Hassan was friendly with certain people in Mossad and so called on their help to devise and run the operation to kill Ben-Barka.
Although it was Moroccan agents who would actually do it, Mossad were asked to provide the plan, on the ground help and guns to make it happen. Although many in Mossad were reluctant to get involved, the importance of building an ally in Morocco won the day. Mossad decided Ben-Barka should be lured to a café in Geneva where he lived, where he was then snatched by the Moroccan agents. After taking him to an apartment in Paris where Ben-Barka was tortured and then killed, Mossad were phoned to come and clean up! 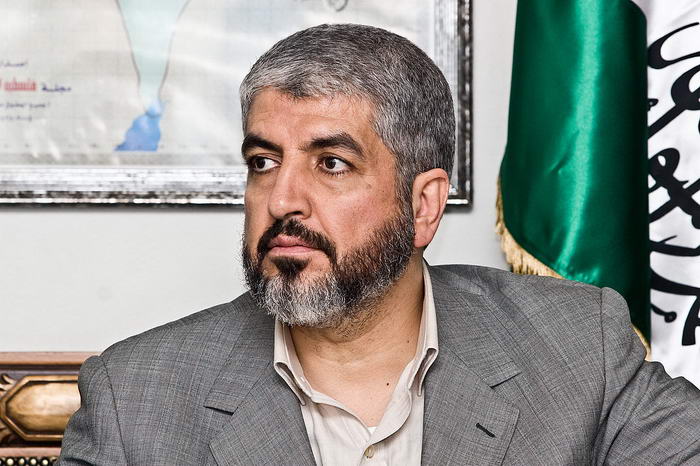 Khaled Meshaal – By Trango (Own work) [CC BY 3.0], via Wikimedia Commons

Although there was peace between Jordan and Israel, Mossad were tasked with the assassination of Khaled Meshaal who resided in Jordan. Meshaal was a Hamas leader and Israel targeted him in retaliation for a market bombing in Israel that had killed many people in 1997. Wanting the operation to be totally covert, Mossad opted to use a new poison that was instantly fatal on skin contact but couldn’t be picked up in an autopsy.
The plan was a relatively simple one. Mossad agents in plain clothes would walk past Meshaal as he arrived home and as they did open a shaken can of cola. This would spray up and distract Meshaal while the other agent sprayed the poison into his face from an aerosol can. The deed done, both agents would wander off and make their escape.
Unfortunately, it didn’t quite go according to plan. When Meshaal arrived home, he detoured from his normal route to his door to chase his daughter who had run off. Fearing their chance was gone, the agents proceeded but the cola didn’t spray up and the poison spray mostly missed the target.

As you can see, Mossad have been very busy over the years in operations they are suspected of being involved in or we know they were behind. They certainly punch above their weight in international espionage terms and any enemy of Israel is always nervous of that knock at the door in the middle of the night!