As Halloween is upon us and the dark nights draw in then tales of ghouls and ghosts become more common in our minds. This is especially true in horror movies and TV shows that scare us with depictions of malevolent spirits set on causing harm to human life. But is this all just media fiction made up to provide the scares that we all secretly love? While no deaths in the real world have ever been officially recorded as being caused by evil ghostly spirits, there are many cases where it could be true.
Here are some of the weirdest and most disturbing to make your mind up about: We’ll start off with quite an unusual case that turns the usual chain of events on its head. Although no ghost was ever involved as such, the belief in one did lead to a man’s death! The story is found in the London borough of Hammersmith in England. In a local graveyard, many tales began doing the rounds of a ghostly figure dressed all in white with a gaunt appearance that could be seen moving around there at nights.
Eventually, the local population banded together to search the graveyard for the so called ‘Hammersmith Ghost’. Sure enough, the night they patrolled the area the ghost appeared and one of the locals shot him in terror. Upon the body falling to the ground, they soon discovered it was not a ghost at all, but a local man named Thomas Millward! Millward was a plasterer by trade which explains his all-white attire! So, while no ghost really existed, the very prospect of there being one did lead to a fatality. 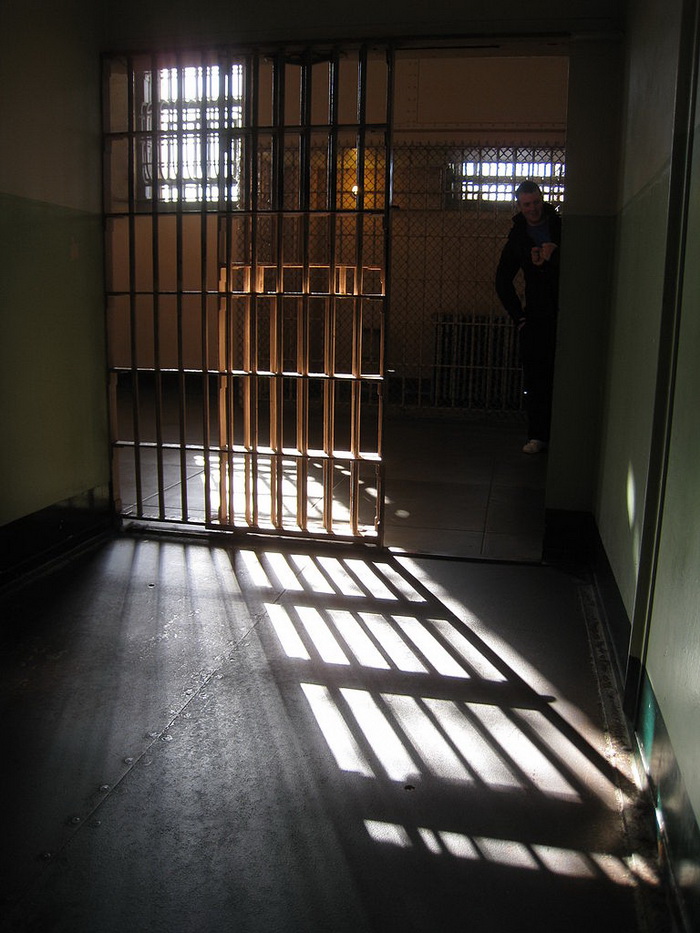 Many people will know Alcatraz as one of the most famous former prisons on the planet. Located off the west coast of America, it was one of the securest prisons around when in use. You may not also know that it is very haunted! Perhaps the most shocking tale here was from the notorious solitary confinement cells on D-Block, also known as ‘The Hole’. One night in the 19th Century, an inmate was locked in there but soon started screaming about another ghostly presence being in there with glowing red eyes. The guards ignored him as they thought he was making it up but come the morning, the inmate was dead with fresh strangulation marks around his neck! With no other person in the cell at any time, this has long been a real mystery. 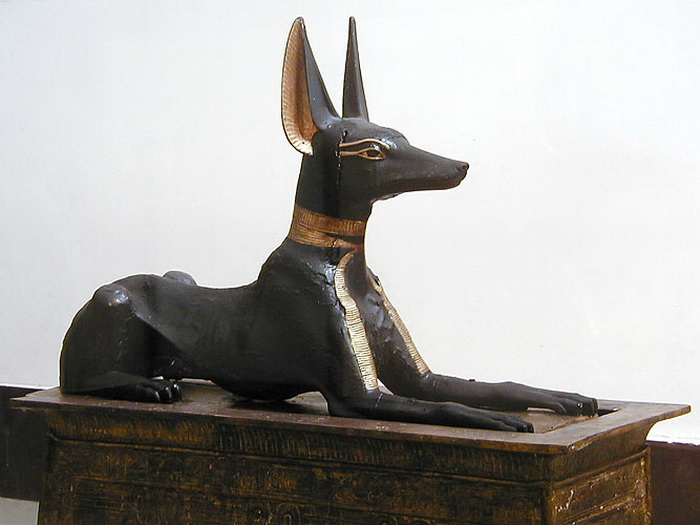 Another very famous historical site are the many royal tombs found in the Egyptian desert. One of the most famous to be uncovered was that of the boy king, Tutankhamun, which was excavated in the 1920’s. What is shocking about this case though is the mysterious deaths that befell many of the people who entered the tomb. Rumours of an ancient curse were known at the time and many believed this saw ghostly spirits come back to take revenge for the Pharaoh on those who had entered his tomb without permission. Did an ancient Egyptian spirit come back to do his sworn duty and kill those responsible? 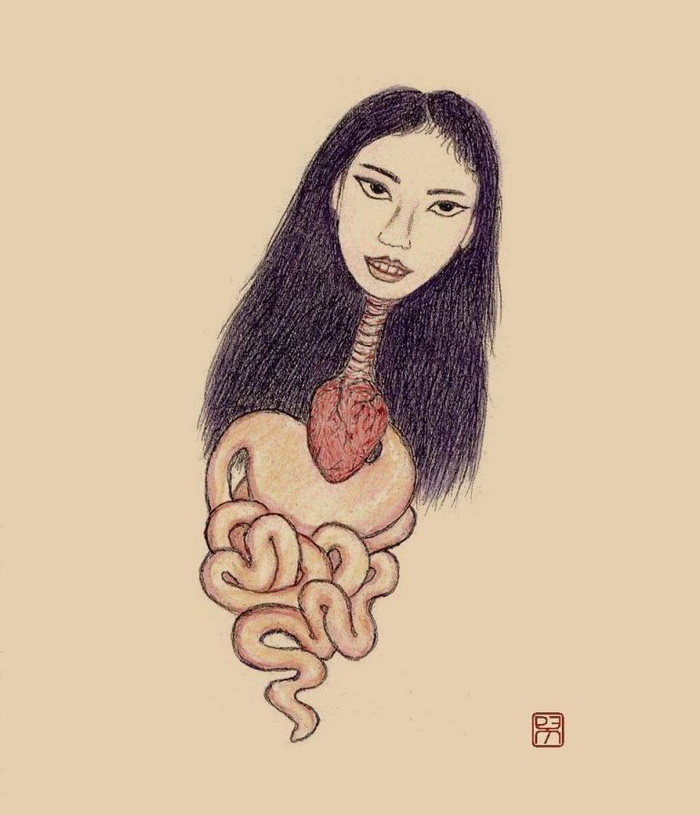 In more modern times, we have the case of a ghostly woman in Thailand being blamed by locals for killing people. The village of Tambon Tha Sawang saw a rash of deaths in 2013 where 10 local village men died suddenly. Either in their sleep or when walking around, they experienced respiratory failure which proved fatal. What concerned everyone was the health of all the men in question being good and the short space of time the deaths happened in. The villagers consulted a psychic medium who advised it was the vengeful ghost of a Thai woman who was to blame. To solve the riddle, the villagers all hung red shirts outside their homes which id the trick in warding the spirit off. 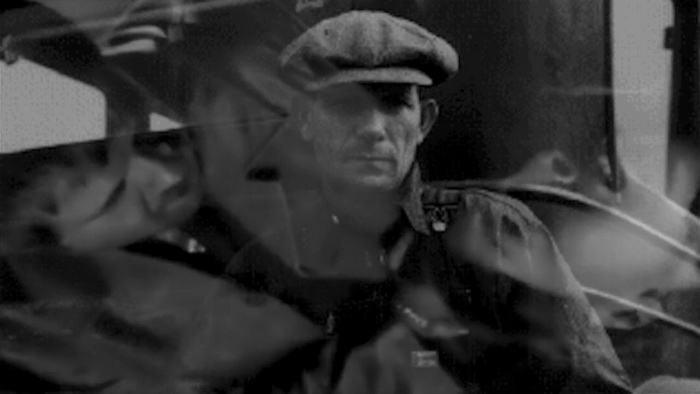 If you want a really spooky case of real-life deaths being caused by apparently supernatural forces, this is it! Carl Pruitt was a Kentucky resident in the USA who found his wife cheating on him one day. Enraged, he strangled her to death with a chain before killing himself. What is weird about it all is what happened to anyone who went near his grave after he was buried! It began with people noticing an inexplicable chain like design gradually being carved onto the gravestone by an unknown force.
Then one day, a young local boy threw a rock at the stone and chipped it. When riding his bike home, he somehow crashed and the bike chain wrapped around his neck to strangle him to death. There were numerous other cases of people being close to the grave or damaging it in some way that also led to their deaths by strangulation! Could it just be coincidence? 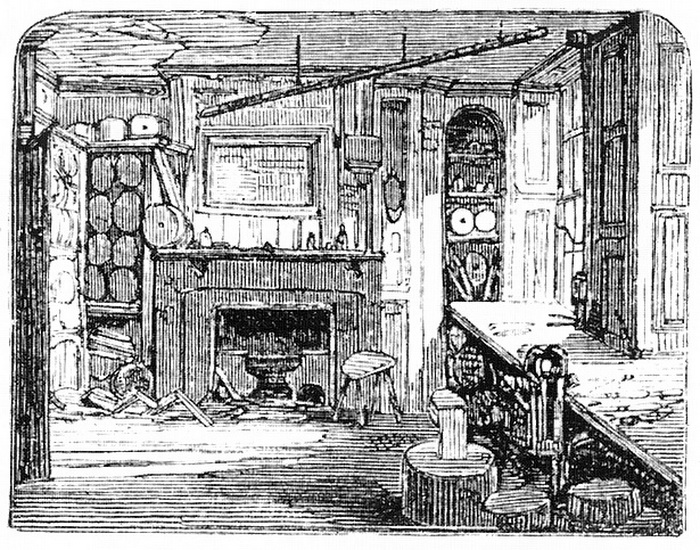 Campo Lane – (not noted in book, however Douglas Grant The Cock Lane Ghost page 7 declares it to be "J. W. Archer") the Office of the National Illustrated Library no longer exists and it is very unlikely its records of its illustrators are preserved to this date. [Public domain or Public domain], via Wikimedia Commons

This case is perhaps the nearest we may see a ghost being officially blame for causing someone’s actual death. In the UK around 1850, Hannah Rallinson died and the cause of death was noted as fright! It all started when they moved into their house at Campo Lane and met a woman called Harriet Ward. Ward went down into the cellar of the house one day and came back screaming in terror of having seen a ghostly woman’s figure down there, covered in blood. The local community decided that it must have been the spirit of a murdered previous owner and it was agreed they would dig up the cellar to look for the body. Rallinson had been going down to the cellar to prepare for the dig when she collapsed in fright on the steps. She regained consciousness enough to recount the sight of a ghostly woman covered in blood rushing at her before suddenly dying herself. 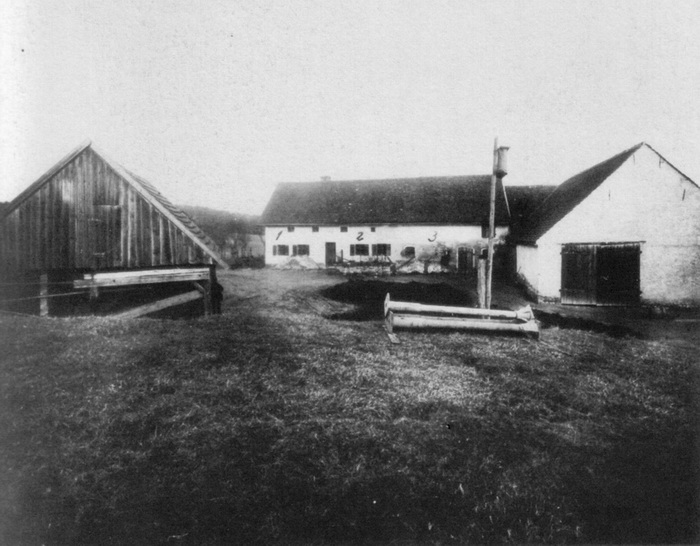 For our next case of supernatural forces apparently dealing in death for the living, we have this unusual event from Germany. A family called the Gruebers lived in the Hinterkaifeck Farm and all was well until one day the maid reported hearing unexplained voices and movements on the property. She was so scared she left her position and events over the next few days seemed to prove her right. Footprints were found in the snow to the farm but not away yet a thorough search of the whole property turned no intruder up.
Things began to go missing from the farm like house keys and keys to the toolshed. When added to the strange noises in the attic that could not be explained, it all seemed pretty weird. It came to a head sometime later when neighbours searched the farm as they had not seen the family around for a few days. What they found was shocking! The families bodies were found stacked up in the barn with multiple wounds from their own pickaxe. No cash or valuables had been taken and the police could find no trace of anyone else being there. 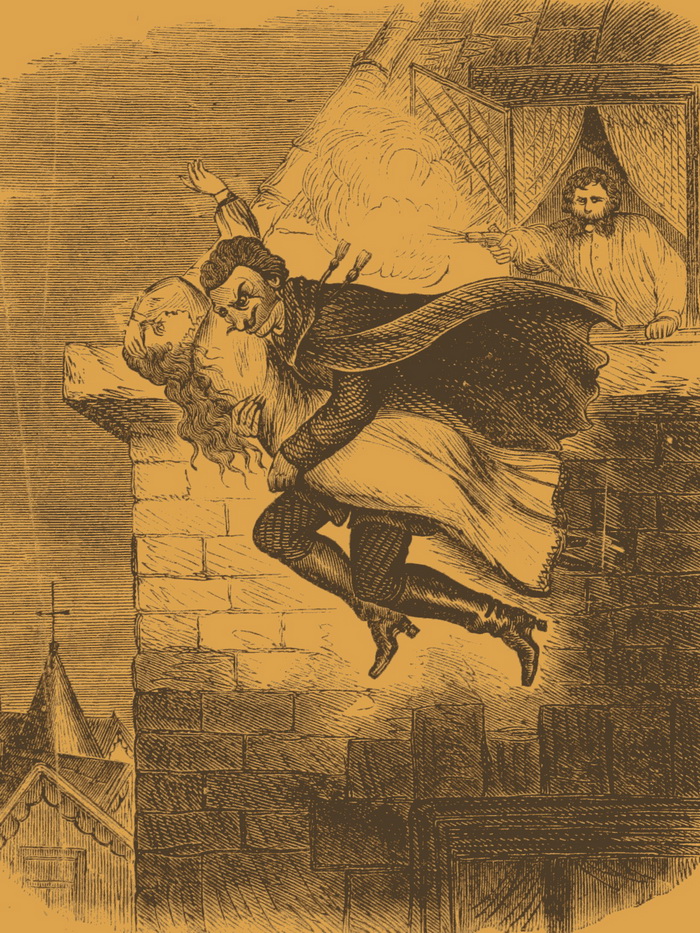 This is a tragic tale from the UK involving the death of a 7-year-old girl. Spring Heeled Jack was a famous local legend around the area she lived and was a monstrous, ghostly figure who all were terrified of. One day, young Jane Halsall had been playing and when she got home started talking to her parents about Spring Heeled Jack coming to get her. They allayed her fears, but she fell ill that same night! Before dying, she was heard to say, “The ghost is coming”. This alone was enough to convince many that dark forces were at play in her untimely death. 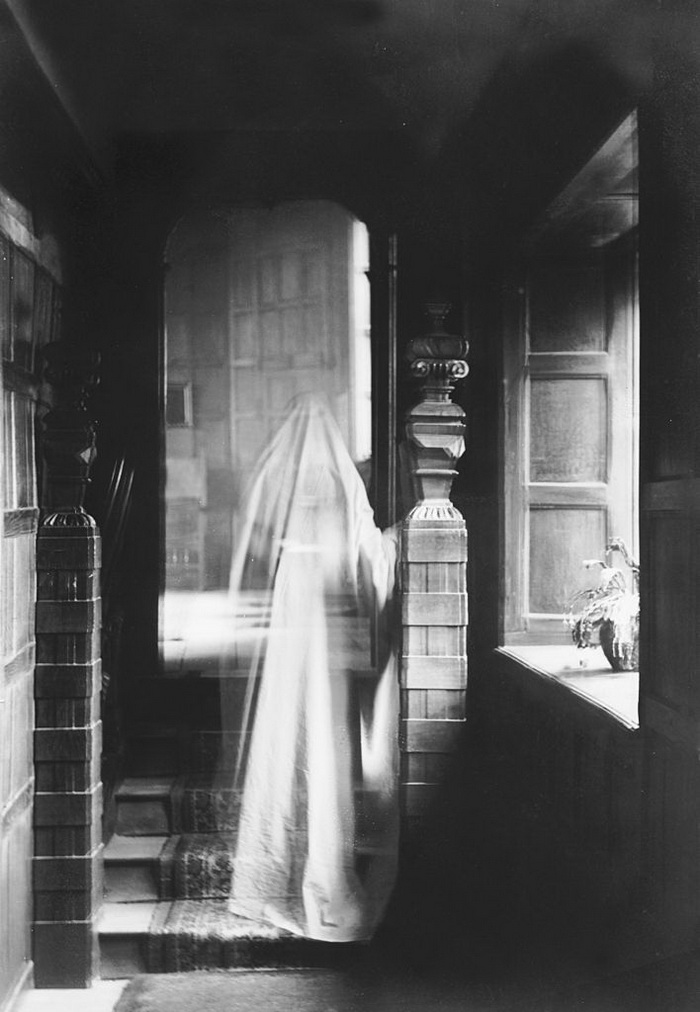 Staying in the UK, we also have the tragic tale of a man who fell to his death when staying at an inn in the 19th Century. The man was an old labourer who was taking lodgings there for work. One night, he inexpiably fell down the inns staircase and died. The landlord and his wife were convinced the vengeful ghost of a woman who haunted the inn had been the cause. Not only that but they were sure that there were others who had fallen to their death when staying there who had also been victims! 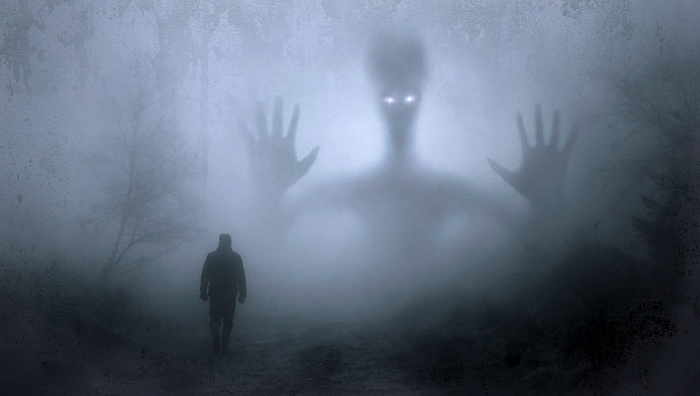 If you want a more modern-day tale of terror to chill your bones then try this shocker out! In 2009, the Jamison family in America apparently just disappeared off the face of the earth without any warning! Eventually, their decomposed bodies were found in the woods close to where their car had been discovered. What makes this truly creepy is that they had been telling their friends in the time leading up to their death that their young daughter was in constant contact with the ghost of a young girl! CCTV footage around the time of their death shows them in something of a trance, apparently packing up their entire house into their car. No official cause of death has been found, leading many to believe the ghost involved was somehow to blame.

As you can see, the real-life instances where the spirit and material world seem to have merged are just as scary as anything Hollywood can produce! While most of them have not been officially connected to supernatural causes, there is enough doubt over what did happen to make it possible.