We all now know about the COVID-19 virus that is sweeping the world. Hard hit countries like the UK, Italy, Spain and the USA are all in some form of lockdown in an attempt to control its spread. While most are happy to accept what the mainstream media tell us about what is happening and go along with the official narrative, others are not. This has led to many conspiracy theories arising around this pandemic. But which are the ten most interesting to know about?

This is a very silly conspiracy theory but one that did get legs until people started to think about it properly. The only basis for this connection in some people’s minds was that Corona beer shared the same name as the coronavirus. This is obviously crazy as the virus was named after the crown shaped structure its cells have. Thankfully for those who make the beer, sales have not been affected. 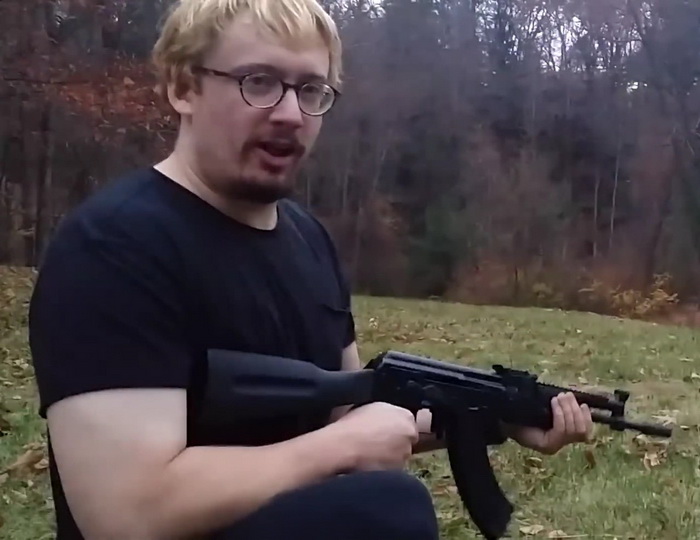 You have to live in America to really get this theory and the inside joke it relates too. Put simply, U.S. comedian Samuel Hyde has been jokingly blamed for every mass outrage or event for some time now. Everytime something really bad happens, people there jokingly blame Sam Hyde. This has happened once more with COVID-19 but there is no proof of any link.

08 – It Was Created On Purpose By The USA

You can see why this idea has come to life as the American Government and CIA have been involved in many shady dealings in days gone by. It is therefore not too much of a stretch to think they may have something to do with the coronavirus pandemic. This theory claims that the U.S. Government created the virus in a bid to decimate the Chinese economy. You can only assume the motive for this was the ongoing trade war between the two countries. It would also explain why the virus first came to being in China and had a major effect on daily life there. What isn’t clear though is why the U.S. Government would create and release a virus which would affect itself and its global allies. 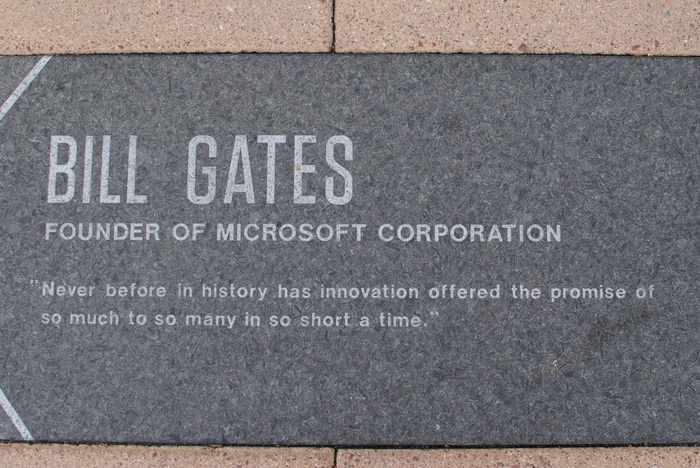 For many people, Bill Gates is a hero and true American success story. As well as turning Microsoft into a global brand, he also set up the Bill & Melinda Gates Foundation to help those in need around the planet. Some though find him a more sinister figure and link him to this current pandemic. The main basis for this is the fact that he made an October 2019 documentary called ‘The Next Pandemic’ which basically mirrored what is happening now, mere months later.
Coincidence or proof of dubious dealings behind the scenes? Gates has also been pressing for global vaccination programs worldwide for a while and this pandemic could well see that happen. Many fear though that the vaccines developed could be harmful to humans and contain nanotechnology to track us, without us knowing.

As well as some people pointing the finger at the USA, others say the blame rests with China itself. This theory holds that the virus was created on purpose to use as a biological weapon in the future against its enemies. The problem came when the virus was accidently leaked from the biological weapon factory in Wuhan and then spread across the whole world. This has some stickability merely for the fact that there is an Institute of Virology in Wuhan which is where this virus first appeared. While this may seem mere coincidence, it seems strange that a deadly new disease came out of a place with a Government sponsored program for research into deadly viruses. 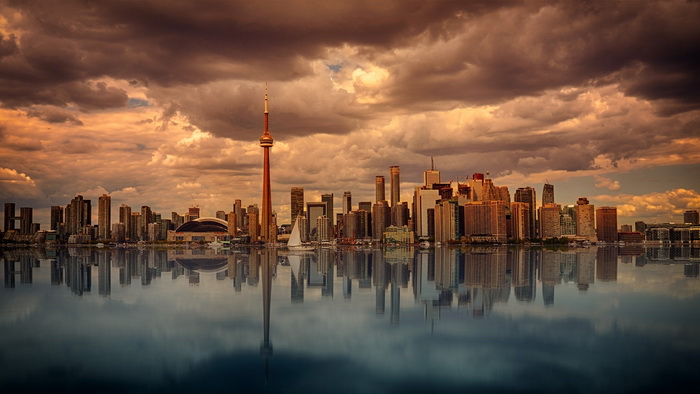 Other conspiracy theorists eschew the obvious suspects like China or the U.S. to shine a light on other world powers. Canada is one that keeps coming up and many believe that they lie at the centre of this puzzle. This theory believes that the virus was created at a secret Government lab in Winnipeg which researches dangerous bacteria. This is an interesting fact on its own as it appears Canada, as per China (and most other world governments probably!), have special labs controlled by the Government for this purpose. It is claimed that two Chinese Doctors who were working at this facility but were really spies, stole the virus and sent it back to China. Why the Chinese Government then decided to let it out is a mystery.

This theory is less rooted in reality than others and so is a little harder to take seriously. It does however rest on a very real event which happened in China during October 2019 – months before the virus spread. Around midnight on 11th October 2019, a meteorite hit the ground and exploded, causing a very bright flash effect. Some people now think that this meteorite actually brought the coronavirus from space and scattered it across China initially when it exploded. This is not supported by scientists who claim that the similarity of COVID-19 symptoms to terrestrial illnesses like SARS make it unlikely.

03 – Infectious Bats Are To Blame 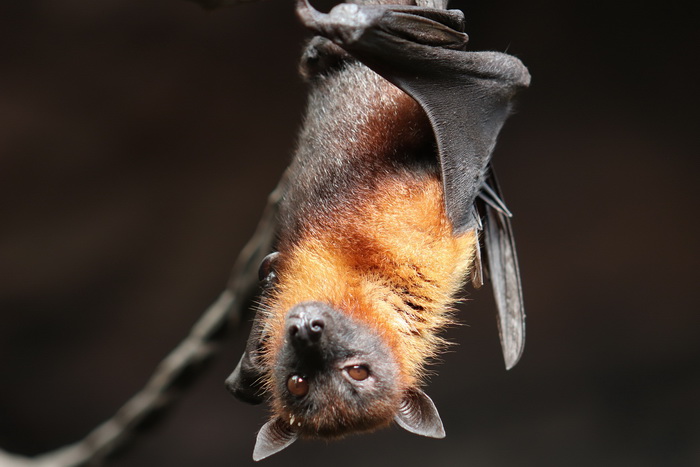 One theory that most people have heard by now is that this virus started by one human eating an infected bat. Some people believe that Chinese travel blogger, Wang Mengyun ate the infected bat on her travels and this is where the problems began. A lot of this theory rests on a video which shows her eating a bat – many conspiracy theorists then claim she passed the virus onto people she met after and that is how it all started to spread. There are a couple of things that make this unlikely though. The video in question is from 2016 which mean it is too old to have caused what we are seeing now. In addition, the footage was not shot in China but on an island nation in the Pacific Ocean.

One group of Indian researchers caused a real stir recently with details contained in a paper they wrote. This group of experts cited noticeable similarities between the HIV-1 virus and COVID-19. This led them to conclude that COVID-19 had been man-made from HIV-1 on purpose. Their findings seemed to contain enough proof to make the modification of HIV-1 by persons unknown seemingly plausible. Although they did not name who might have done such a thing or their motives for releasing it, this is still an interesting theory to think about. 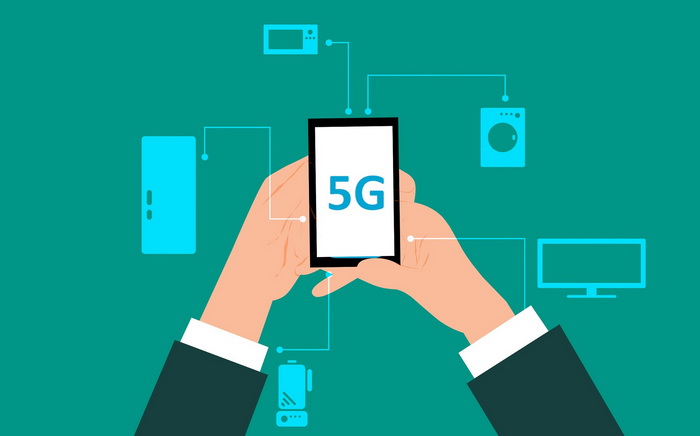 Perhaps the most engaging conspiracy theory around COVID-19 is that the global rollout of 5G mobile networks is to blame. Many think that the virus is merely a cover story to explain away the ill health and deaths caused by 5G going live. This theory is based on scientific evidence that the particular frequency which 5G operates at is actually harmful to human health. While it may not cause coronavirus, some believe it can affect your immune system and even take oxygen out of the air to make breathing hard (even though your lungs are working fine).
What makes this interesting is that the city where this virus originated had only just got their 5G network up and running. Most of the mainstream media is also desperate to avoid anyone mentioning 5G and COVID-19 in the same sentence too which is a real red flag. Might there be something in this theory after all?

There is no doubt that COVID-19 is a real threat and that we should all comply with Government guidelines and the law to stay safe. It is also important though to employ critical thinking and ask questions over whether a certain approach is the best way to handle it and employ our right to free speech in looking more deeply into this pandemic. Although the conspiracy theories above may not seem overly plausible in some cases, looking at events from every angle is always worthwhile.