The world is becoming ever smaller as air travel and the media allows us to visit every corner of the planet. Antarctica however is one section of our Earth that hardly anyone gets to visit or see. For the majority of us, this is one place that is a real mystery. Of course, we all know that it is full of ice and a tough place for humans to exist in but apart from that, no-one knows much about it. This sense of mystery has naturally led to many conspiracy theories over time.
Here are the ten most amazing and controversial around.

10 – Nazi’s live there in secret hideouts 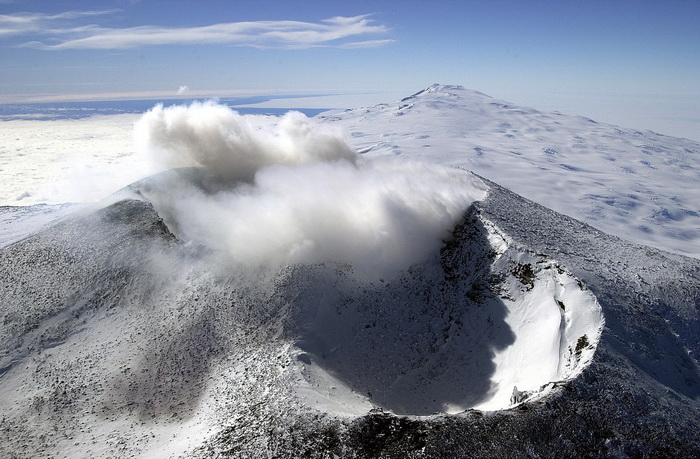 The German Nazi party led by Adolf Hitler are the source of many, many conspiracy theories alone. However, they are also the driving reason behind one relating to Antarctica. It is thought that the Nazi’s sent an extensive expedition out to this continent in 1938 to see what was there. Hitler and many of the top Nazi’s were heavily into the occult and believed Antarctica to be a special place. The theory goes that this expedition found several large underground caves which were then converted into cities for high ranking Nazi’s to live in. Come the end of the war, it is thought that Hitler fled here along with many other members of his party to live.

09 – Pyramids were built by ancient societies 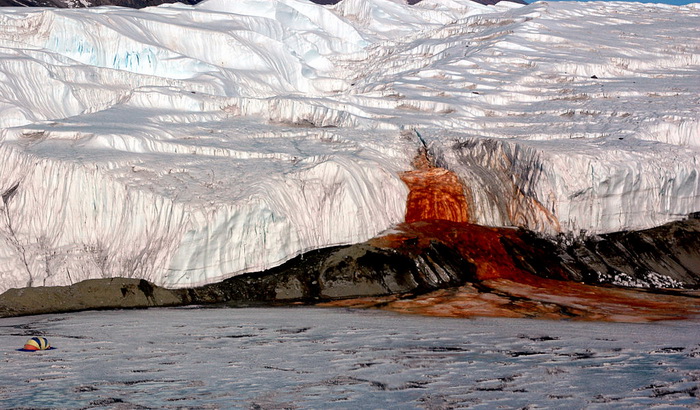 One recent theory that has taken hold online relates to three pyramid shaped structures spotted in Antarctica. In 2016, the three pyramids were discovered and when measured came to around 4,000 feet each. This is almost 10 times higher than the great pyramids of Giza in Egypt. This naturally caused a stir as no ancient civilisations with the knowledge to build such great pyramids have ever been recorded as living in the area. Conspiracy theorists maintain that the pyramids must have been built by an ancient society that our current day Government is suppressing details about. 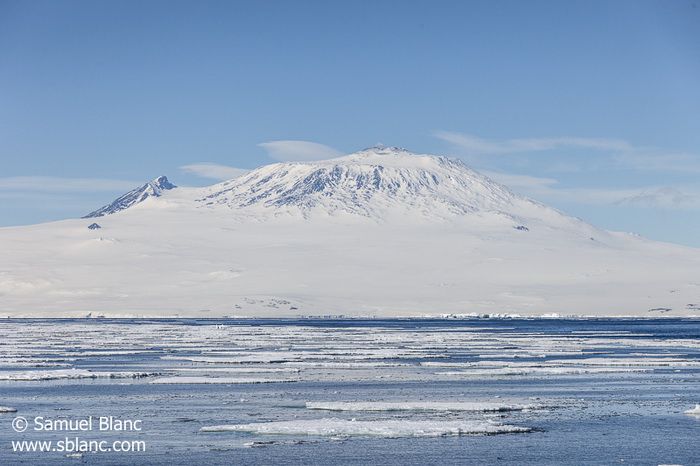 The next theory on the list when it comes to Antarctica revolves around perfectly shaped rectangular icebergs people have spotted there. These icebergs are so huge they can be seen from space but their perfect shape has raised suspicion. The main problem is that perfect shapes do not occur by themselves in nature usually. The sheer size of them has also caused conspiracy theorists to wonder if they have been built by aliens or even one of the major world’s Governments. As of now, no-one can say for sure and the debate will rage on.

07 – Atlantis is under Antarctica 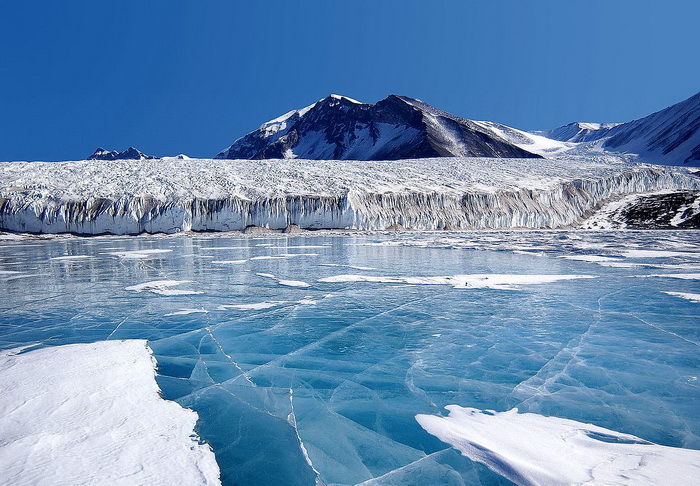 One of the most famous mysteries in history relates to the lost city of Atlantis. Once home to an ancient and some believe super-human civilization, it suddenly sunk beneath the waves without trace. Many believe that Atlantis can actually been found underneath Antarctica. This is a theory from the 1950’s which revolved around the theory that Antarctica was not covered with ice many years ago. Interestingly, it is also claimed that the inhabitants of Atlantis migrated to set up the Incan and Mayan civilisations when it sunk.

06 – It hides a secret entrance to Earth 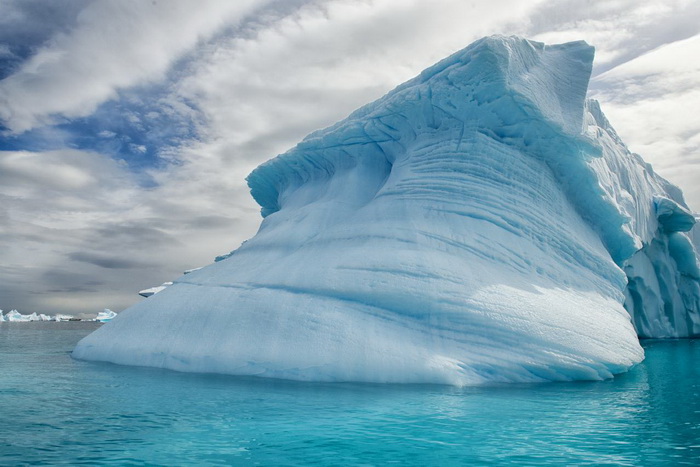 One of the most recent theories around Antarctica is from the start of 2019. NASA scientists reported that in January 2019 a crate was discovered deep underneath the frost there. The reason for this crater according to many scientists is that an asteroid hit the Earth many years ago to form it. They also think that this same asteroid is what caused dinosaurs to become extinct! Many conspiracy theories deny this though and instead think the crate is a secret entrance into the Earth. What is contained in there when you pass through it nobody knows and it is unlikely we will ever find out!

05 – A UFO crashed in Antarctica 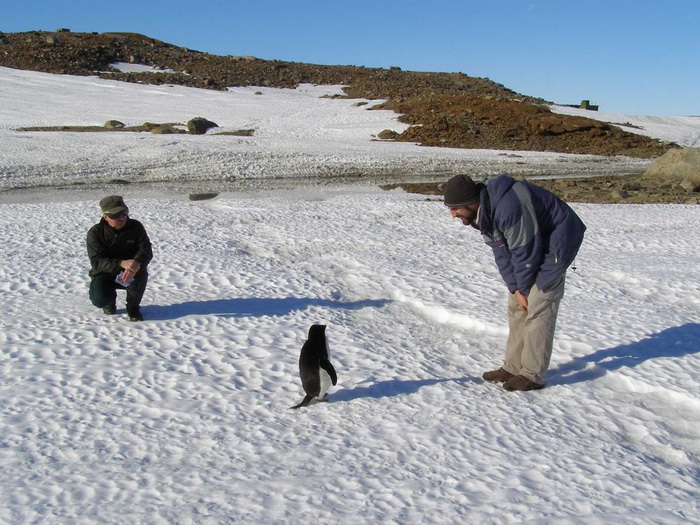 A lot of the conspiracy theories around this continent involve aliens and UFO’s. One of the most widely reported was a theory raised by a bunch of alien hunters recently. When looking at Google Earth, they spotted a suspicious trail running from the peak of a mountain down. They claim that this looks like the path of a craft that hit the mountains peak and then crash landed into the ice of Antarctica. As no human crafts fly over this continent, they say the only rational explanation is that it was an alien craft that crashed.

04 – Has Google got some secrets to tell? 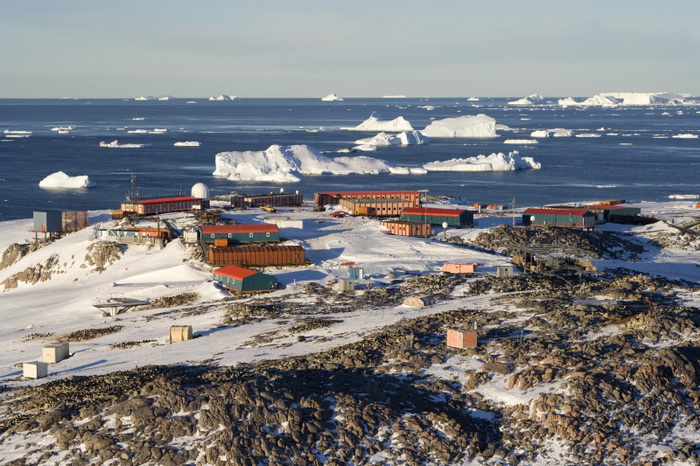 Google Earth and Google Maps is a great resource for many people. It has also been the source of some theories around Antarctica such as this one. In 2018, one prominent You Tuber claimed that, when he enabled the weather feature on Google Earth, a red cross appeared on screen when he looked at a certain location in Antarctica. His theory is that Google as a company is privy to top-level secrets we are not meant to know about but one employee is trying to secretly leak the info out. What is found at the crosses location is not known but many think it could be a secret base, hidden technology or alien life.

03 – Antarctica is not real

One out there theory around this ice laden continent is that it does not exist at all! To understand this, you have to believe that the Earth is really flat and so the South Pole merely surrounds the Earth with the North at the centre. Flat Earthers say that Antarctica is actually a huge wall 200 foot high that encircles the Earth to stop us from falling off the edge. As most of Antarctica is a restricted area to the public, it has been able to keep this secret from the public for years. Interestingly, Flat Earthers say Captain Cook is one of the few people to have ever seen the real Antarctica in his voyages. 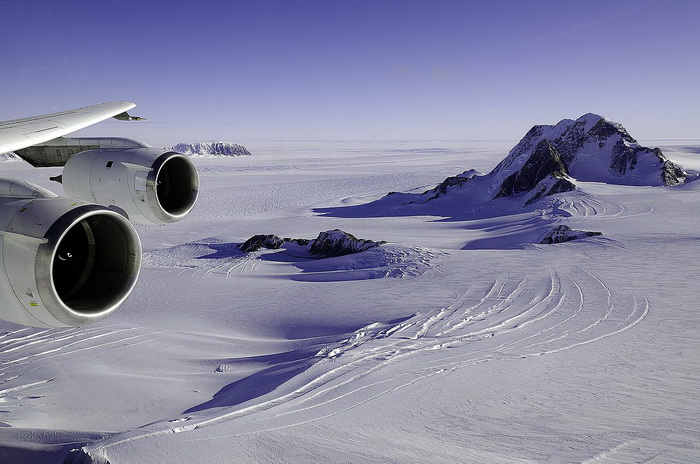 As noted above, aliens and UFO’s are the basis of many conspiracy theories here. One of the most popular is that Antarctica is home to a few secret UFO bases where alien technology is found. The basis for this theory is the two entrance craters found on Antarctica’s surface that seem to run deep underground. Many conspiracy theorists think that these tunnels eventually lead to secret UFO bases where the world’s Governments develop and test alien technology. 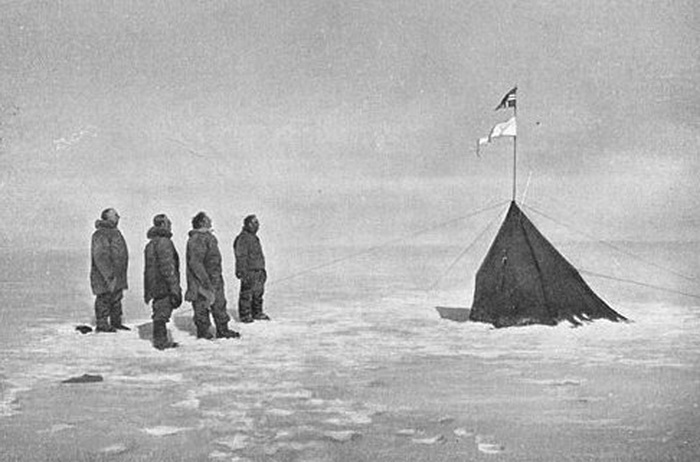 We couldn’t leave this list without getting another Nazi conspiracy theory in! This one also involves secret UFO’s that conspiracy theories believe they hid there. This theory though expounds that the Nazi’s were operating from this secret base throughout the Second World War and the Allies undertook many unsuccessful missions to destroy it. This never happened during the war but was achieved years later in 1958 when the Allies dropped an atomic bomb on it. This theory is generally rejected by scientists and historians but remains popular with many conspiracy theories.

There is no doubt that Antarctica is a secretive and little-known place for most of us. This makes it perfect for conspiracy theories and those who think the world’s Governments have something to hide there. As with most conspiracy theories, we will probably never know for sure if any of the above are true or what is really going on at Antarctica.