There are so many cute animals around that it is hard to choose a favourite one. From koalas to puppies and pandas, there are some really amazing species to learn more about. Surely one of the most endearing though has to be dolphins. These loveable marine creatures are not only very warm and friendly but also pretty safe to be around. While you might know a little bit about these animals, there are a lot of dolphin facts you might not have heard about before. Here are the ten most awesome to take onboard.

10 – Dolphins Can Be Found All Over The World 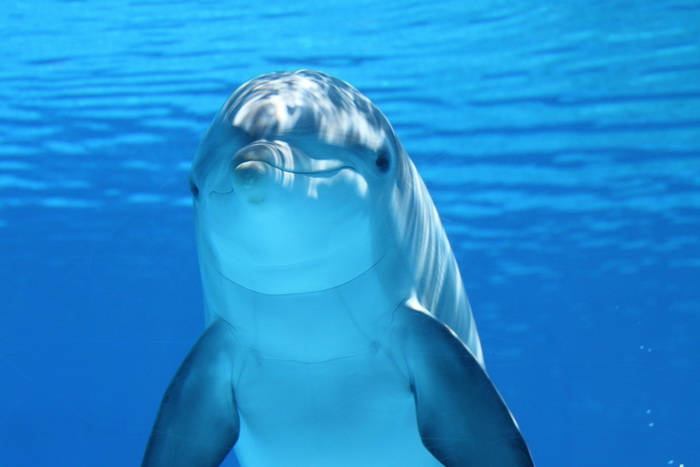 While you might assume that these cute marine animals are found in places like the Caribbean, the fact is that they are at home in most oceans around the planet. In all, there are 36 species of dolphins and they can live not only in oceans but also freshwater lakes and coastal estuaries too. They can also survive in temperatures which go from around 0 degrees up to more than 30 degrees. Scotland for example has the most northerly pod of bottlenose dolphins in the world in its chilly seas.

09 – Underwater Noise Pollution Is A Threat

You might think that Dolphins are well protected from noise pollution by being underwater. This is not true though as noise pollution can still be something that affects them. Pollution from boats, oil & gas industries and underwater building can all cause these animals distress. Too much underwater noise also hampers their ability to communicate with each other, navigate the world’s waterways and hunt for food. 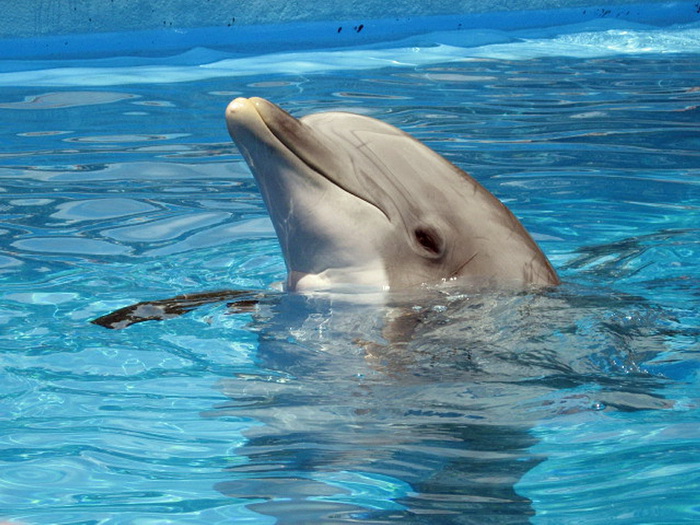 When you see animals in water, it can sometimes be hard to gauge exactly how quickly they move. Sharks for example look big and cumbersome but can actually travel really fast. This is also true of dolphins. Bottlenose dolphins for example can get up to speeds of 30mph over short distances. This makes them fast sprinters and helps them to not only catch prey but also outrun predators. It also means they can keep up with boats when swimming alongside them.

07 – They Have A Cool Way of Eating Fish

One of the main things which dolphins will eat in their daily life is fish. They do not eat it the same as we do though! Dolphins have a clever trick which is actually a self-defence mechanism too. They will swallow fish headfirst so that any spines do not catch in their throat. This naturally means that they reduce the chances of the spines sticking in their throats, causing injury or blockages.

06 – Blowing Bubbles Is A Thing With Them 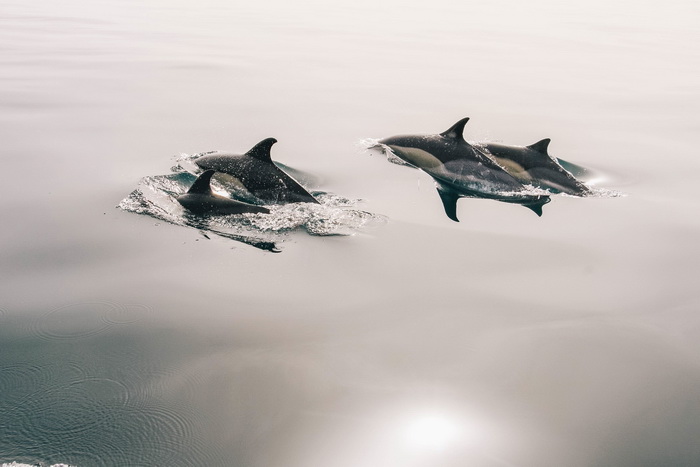 While they may look cute, dolphins are actually very good hunters of food. One very clever tactic they use is to blow bubbles to herd their prey up the surface. This then makes it easier for the dolphins to catch more fish due to them being herded together. Dolphins will also use a technique called ‘fish-whacking’ to hunt. This sees the dolphin hit the fish with their tail to knock them out. Once stunned, the fish is then much easier to catch for the dolphin.

05 – Their Language is Very Sophisticated

We have already noted that dolphins love to communicate with one another. But did you know that they have a complex language of sounds to achieve this? In fact, scientists think that these animals have some of the most elaborate acoustic senses in the whole animal kingdom. Sounds dolphins make to chat to one another include whistles, clicks, squeaks and squawks. 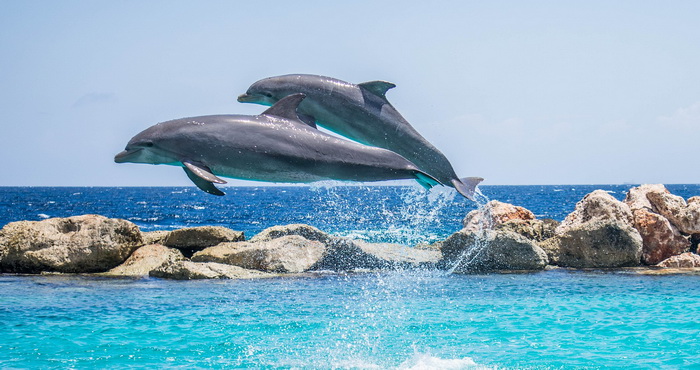 Did you know that a bottlenose dolphin can recognise its own reflection in a mirror? This makes them one of the only species (next to humans and apes) who can do this. This alone confirms they have a decent level of intelligence. To add further to this view, dolphins are one of the few animals who use tools. They have been observed placing sea sponges over their beaks while foraging on the seabed, to protect them from sharp rocks.

03 – They Sometimes Only Use Half Their Brain

This sounds like it would not be possible but it really is true. Observers have found that dolphins can sleep but keep one half of their brain active at the same time. It has also been found that they can sleep with one eye open too. This is believed to allow them to watch out for predators whilst resting and make sure their pod is safe from attack.

02 – Fishing Equipment Is Their Enemy

As well as noise pollution, dolphins face real threat from fishing gear. Every year, many are killed accidently by getting tangled in driftnets, long lines or via hook & line gear. This is especially prevalent in the waters around the UK where they can often get caught up in fishing equipment. Much research is now being done on using fishing kit which is more sustainable and does not pose a threat to dolphins.

01 – Their Skin Is Very Delicate

You might not know this but dolphins have very delicate skin. Even the slightest touch on a hard surface can rip or tear their skin. Don’t worry though! Dolphins heal very quickly which means that any injuries to their skin soon get better. This is true for even the deepest of cuts or abrasions. This excellent healing ability is very useful for them in the wild and helps them to survive.
We all know that dolphins are very cute and friendly animals. Anyone who has swam with them or seen them racing along in the ocean knows that. The ten facts above though are a little more obscure and might not be ones you knew before. Finding out more about the animal kingdom is always worthwhile and helps us understand the species we share the planet with a little better.