The animal kingdom is filled with creatures whose beauty masks danger. And also some which are just ugly and mean. Which is where badass comes in; these are creatures necessarily to be frightened of, but they laugh in the face of danger and that makes them not the sort of creatures you want to cross. 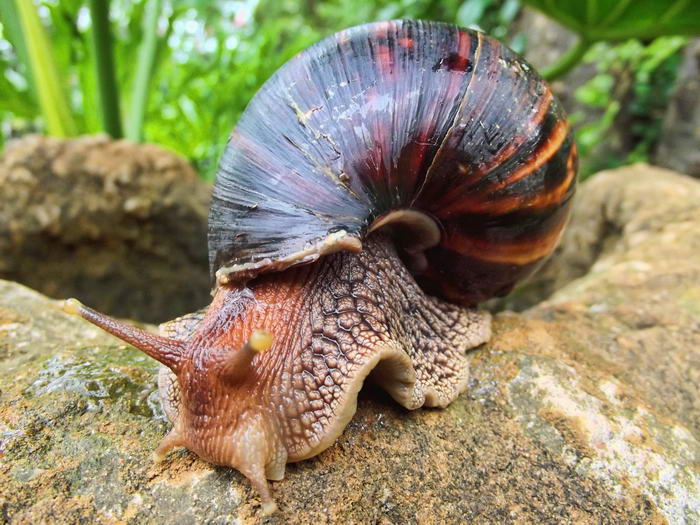 Yes, it’s a snail but these are the daddy of all snails. Oh, you’re willing to put your tiger against my snail? Well, these guys will survive. To kill them, you need a flamethrower and not too many tigers have mastered that art. Yet.
Not quite as impressive as the cockroach which survived atomic blasts but then again, cockroaches won’t steal your pint. That’s right, the Giant African Land Snail is mean, lean, drinking machine, with yeast stimulating their growth. Whether they prefer Guinness or Stella Artois is yet known. 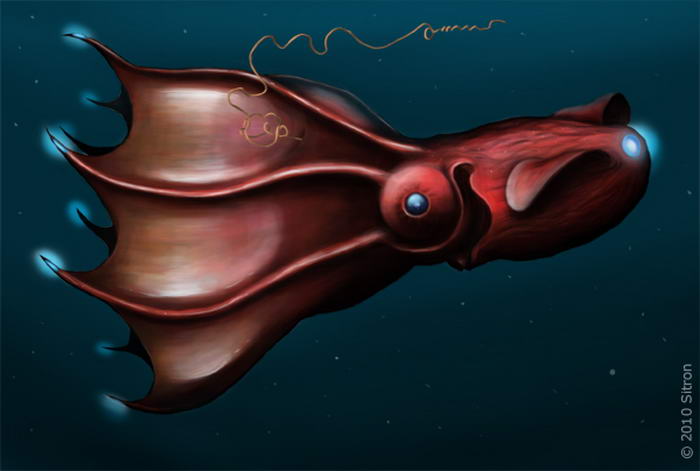 If a creature is labelled ‘vampire’, it had better be badass. Teeth are usually a giveaway but not in this case, it’s more the cloak-like shape they make to give the impression they are bigger than they actually are.
However, when they are the prey, this cephalopod shoots bioluminescent mucus which glows for 10 minutes while the Vampire Squid escapes. It’s got a panache that even the good Count would be proud of.. 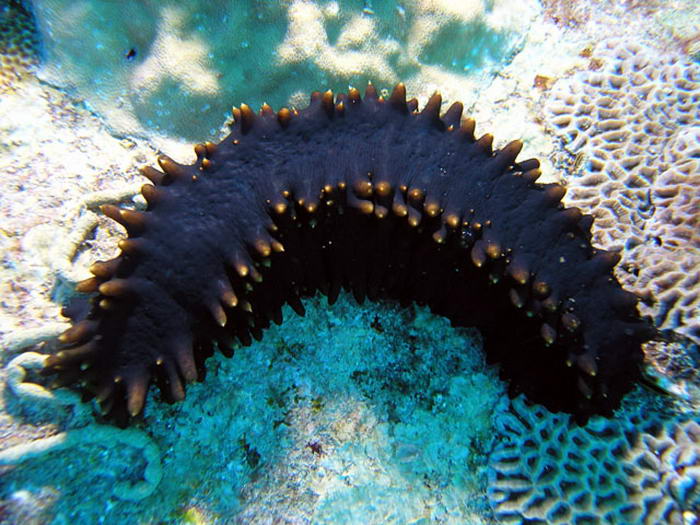 I know what you’re thinking. How is this badass? Being a scavenger, it’s hardly threatening but this is a creature whose defence makes it an echinoderm not to mess with. When the leathery-skinned Sea Cucumber is attacked, it wastes no time in firing part of its respiratory organs out of its anus, coupling it with an unhealthy dose of toxins which kills any animal which has the misfortune to be in its range. Rule number one: never stand downwind of a Sea Cucumber… 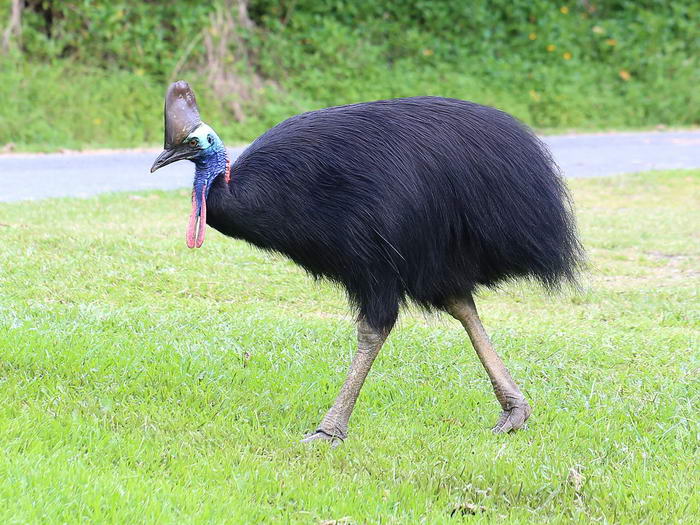 Cassowary – By Summerdrought (Own work) [CC BY-SA 4.0], via Wikimedia Commons

The Cassowary is a reluctant bird. It shuns contact with humans but don’t make it angry, you wouldn’t like it when it gets angry. Those feet are a lethal weapon, capable of killing a human if they feel threatened.
Indeed, troops stationed in New Guinea were ordered to stay away from the birds lest they cause serious injuries.In 2003, a study found from worldatlas.com, 75% of 221 Cassowary attacks were against humans, predominantly those which hadn’t brought enough food with them when they fed the birds.
There’s a good reason the birds aren’t widely seen in zoos. The Guinness Book of World Records listed them as the world’s most dangerous bird due to the number of injuries inflicted on zookeepers. 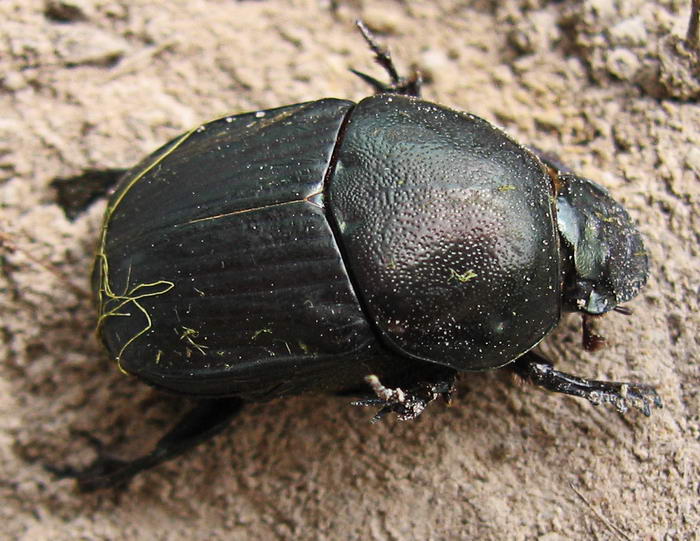 Dung Beetle – By No machine-readable author provided. LiquidGhoul assumed (based on copyright claims). [GFDL, CC-BY-SA-3.0 or CC BY 2.5], via Wikimedia Commons

As if spending a lifetime rolling dung around isn’t badass enough, the Dung Beetle has other qualities which merit its’ place in this list. The balls of dung, while a food source, also form mating chambers. And just for the hell of it, this beetle rolls and buries dung which is 250 times heavier than its’ own bodyweight. 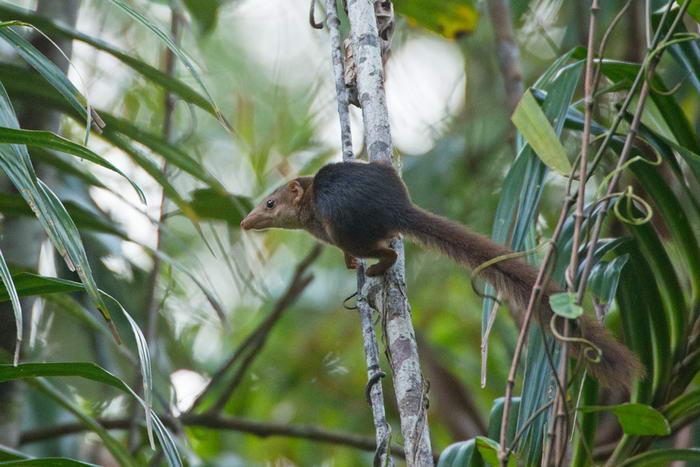 Not that it looks badass but the way the Pen-tailed Tree Shrew lives is something many humans aspire to. Their only food source is the nectar of the bertam palm plant in their native Malaysia. Still cute and cuddly? Not quite; the nectar is fermented to roughly 3.8%, the strength of weak beer, and that’s it. No leaves or insects; just a pint or two every day. A pint or two? More like the equivalent of half a bottle of brandy. And they never get a hangover… 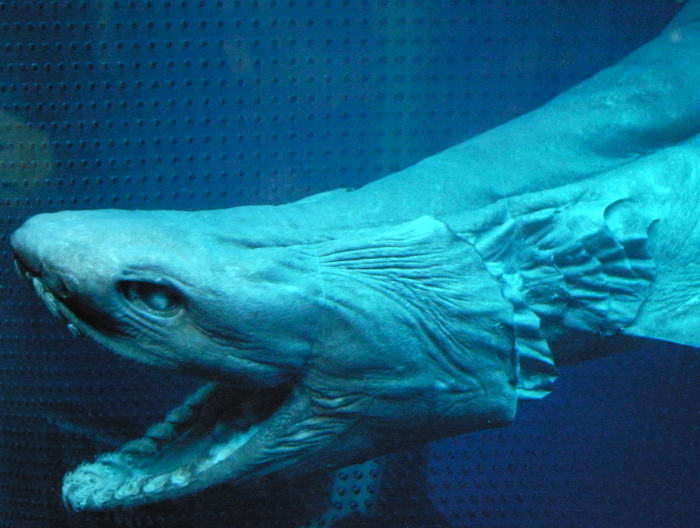 While it resembles something which might be seen in Doctor Who, this isn’t an eel but instead the Frilled Shark. Teeth as sharp as razors but its primary method of killing prey is believed to be similar to that of the boa constrictor as it wraps itself around its victims to crush the life out of them.
Several of its characteristics are deemed so primitive that the Frilled Shark is known as a “living fossil”. 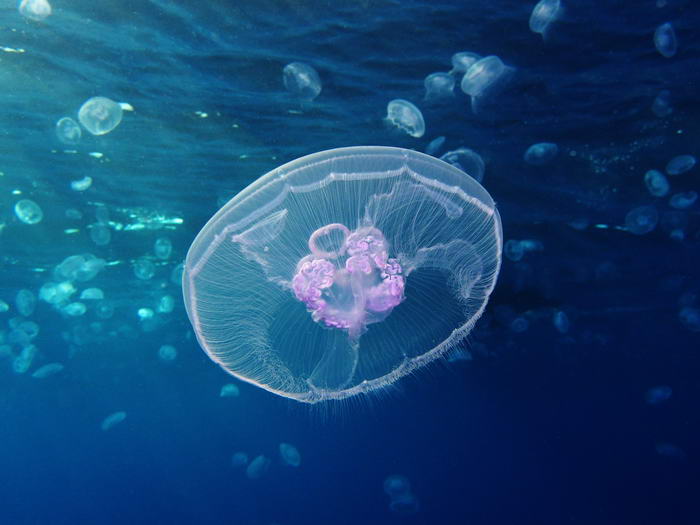 The Immortal Jellyfish – By Alexander Vasenin (Own work) [CC BY-SA 3.0], via Wikimedia Commons

While humans look for the fountain of eternal youth, the Immortal Jellyfish just lives forever. And not agng either, or at least not in the traditional sense. Once the jellyfish has reached sexual maturity, it rolls back time by reverting to becoming a polyp once more. Quite literally, it is cheating death. Scientists ran tests and confirmed that there were no exceptions to this rule in any of their subjects. 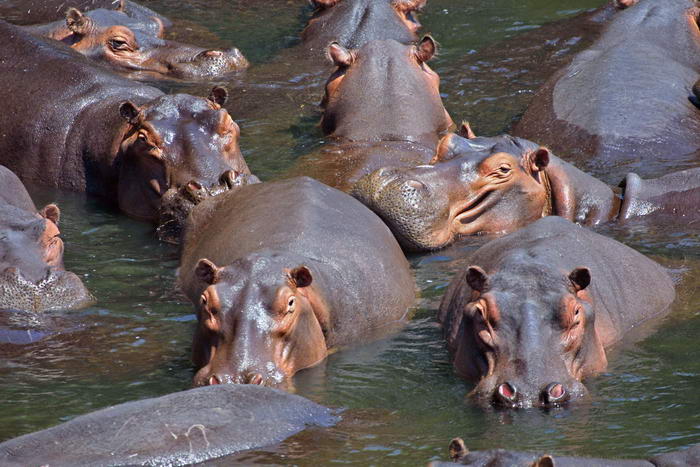 Hippopotamus – By Paul Maritz (Own work) [GFDL or CC-BY-SA-3.0], via Wikimedia Commons

The butt of many jokes, the hippopotamus is usually portrayed as a jolly character but in fact, it is one of the testiest creatures on Earth. More humans die at the hooves of hippos than they do in the jaws of alligators. Little wonder that the writers of The Fall and Rise of Reginald Perrin chose to accompany thoughts of his mother-in-law as a hippo.
Hippos have form in attacking boats but also feeds on nearby crops, bringing them into conflict with humans again. While they may look lumbering, research from Betway Sports shows the beasts can run at 30km/h on land. It’s not the speed of a racehorse but let’s face it, it’s faster than most men. 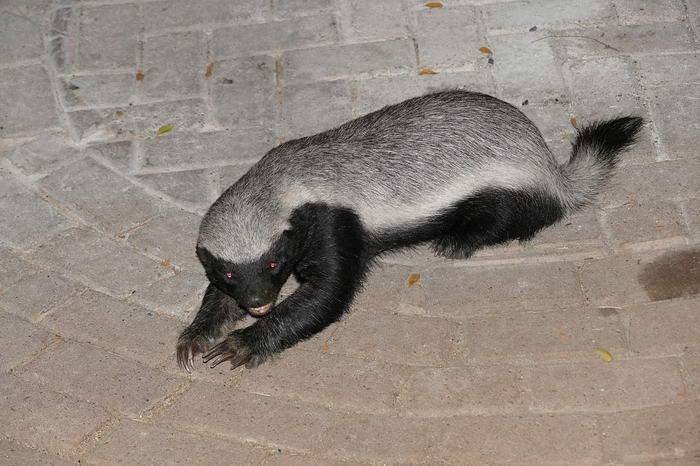 The Honey Badger; a name which sounds cute and cuddly. Don’t do that though; they are quite vicious little beggars, aiming for the genitals first.
This an animal which does not care how big you are, how powerful or how poisonous. Big cats, snakes; you name it, they’ll attack it. Even poisonous snakes like cobras and puff adders. With an immunity to snake venom, the Honey Badger treats Hiss & co as prey.
With a frame designed to allow it to escape from the jaws of its prey and a ferocity in their fighting, it’s little wonder the Honey Badger doesn’t have many natural predators. Even the animal kingdom knows to give this mean little weasel a wide berth.