Here is another great artist from history. Leonardo Da Vinci (Leonardo di ser Piero da Vinci) is an Italian Renaissance polymath, painter, sculptor, architect, musician, scientist, mathematician, engineer, inventor, anatomist, geologist, cartographer, botanist, and writer lived between 1452-1519. He is also one of the most known humanist of all time. Leonardo was born in the small town of Vinci, in Tuscany, near Florence. He was the son of a wealthy Florentine notary and a peasant woman. He got his start as an artist around 1469, when his father apprenticed him to the fabled workshop of Verocchio. Leonardo Da Vinci’s numerous skills have earned him the title of renaissance master. Da Vinci’s fascination with science and his in-depth study of human anatomy aided him in mastering the realist art form. Having lived until the age of 67, Leonardo experienced a very long career that was filled with times during which the painter was celebrated, but at times he was also humiliated and cast away. I have selected 10 Most Famous Leonardo Da Vinci Artworks for you. If you are interested in more famous painters, you should see Picasso and Salvador Dali’s famous works too. 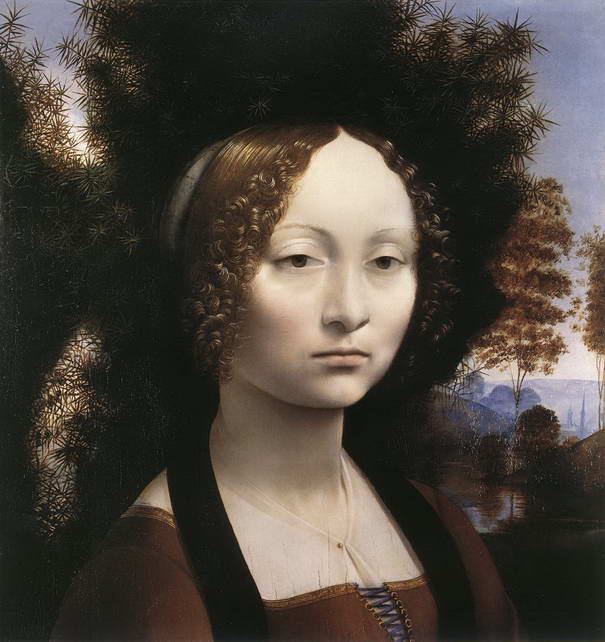 Portrait of Ginevra de’ Benci is now owned by National Gallery of Art, Washington, DC and is currently the only painting by Leonardo in United States. Unlike Leonardo’s other portraits of women, this lady looks sulky, unforgiving and haughty. This is emphasised by the slightly smaller cast of one eye, making her look withdrawn. 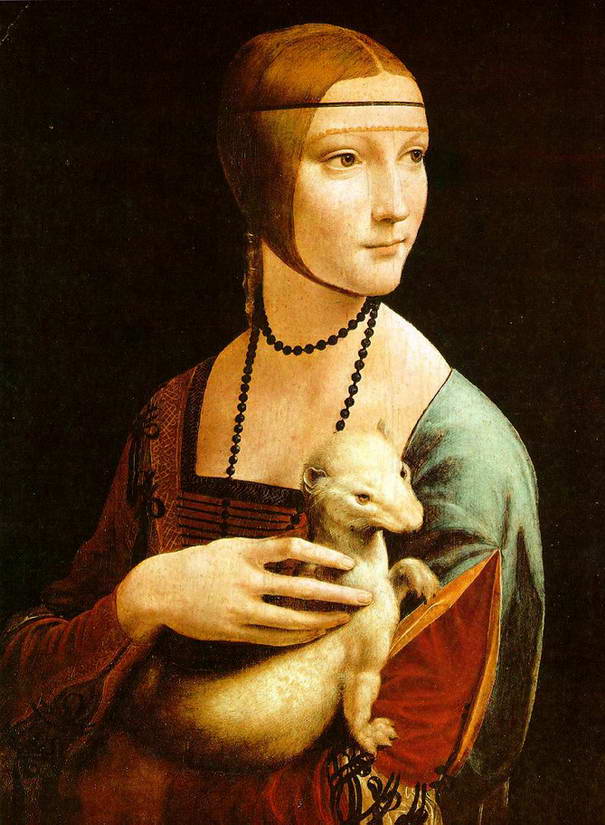 Lady with an Ermine

The subject of the portrait is identified as Cecilia Gallerani, and was probably painted at a time when she was the mistress of Lodovico Sforza, Duke of Milan and Leonardo was in the service of the Duke. Leonardo’s Lady with an Ermine is one of the most important woks in all of Western art. 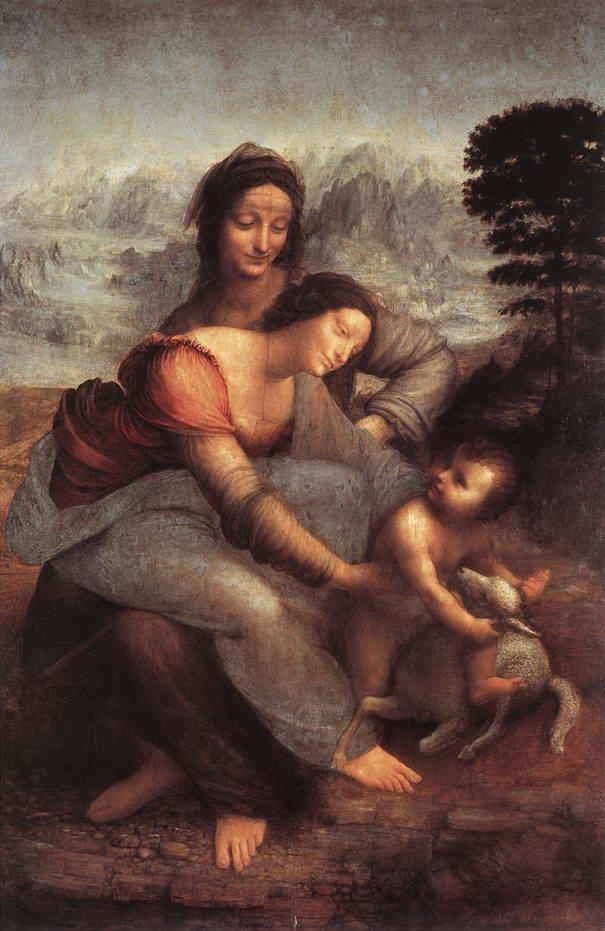 The Virgin and Child with St Anne

The Virgin and Child with St Anne was painted by Leonardo Da Vinci on 1510. It is Oil on wood and measures 168 x 130 cm. The original one is now located at Musée du Louvre, Paris. 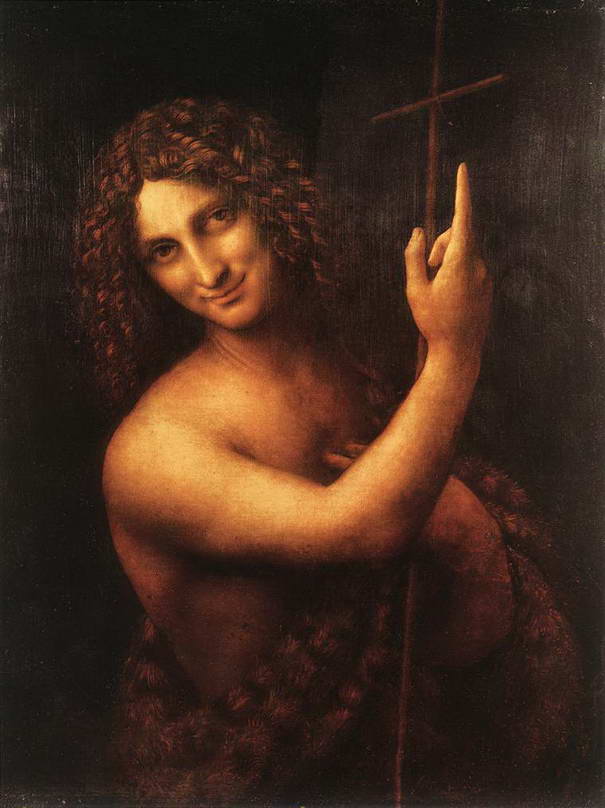 St. John the Baptist was painted by Leonardo da Vinci during 1513 to 1516, when the High Renaissance was metamorphosing into Mannerism, it is believed to be his last painting. This is an oil painting on walnut wood. The original size of the work was 69×57 cm. It is now exhibited at the Musée du Louvre in Paris, France. 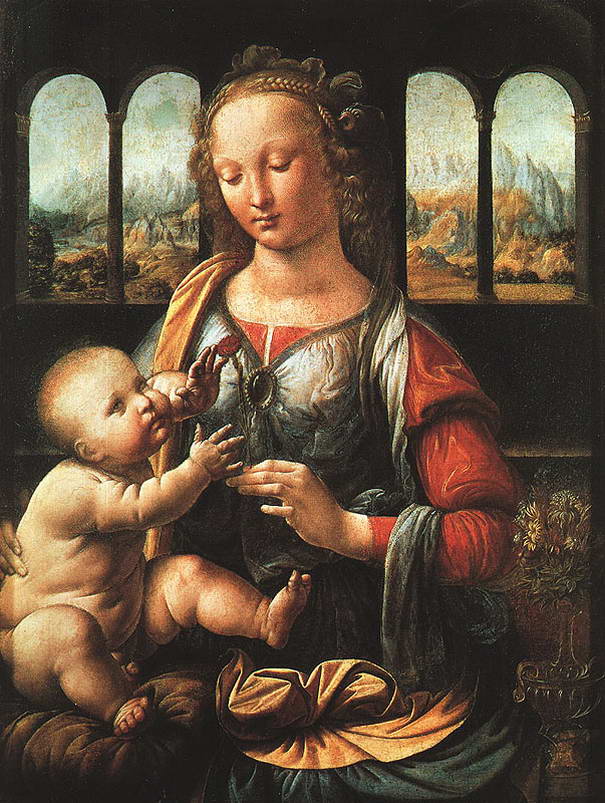 Madonna of the Carnation

The Virgin’s head, the apex of the triangular structure of this composition, is set off from the dark wall by light that comes from both sides to model her face in three-dimensional form–similar to the treatment in the portrait of Ginevra de’Benci. Behind Mary can be glimpsed a scene often repeated in Leonardo’s later work. 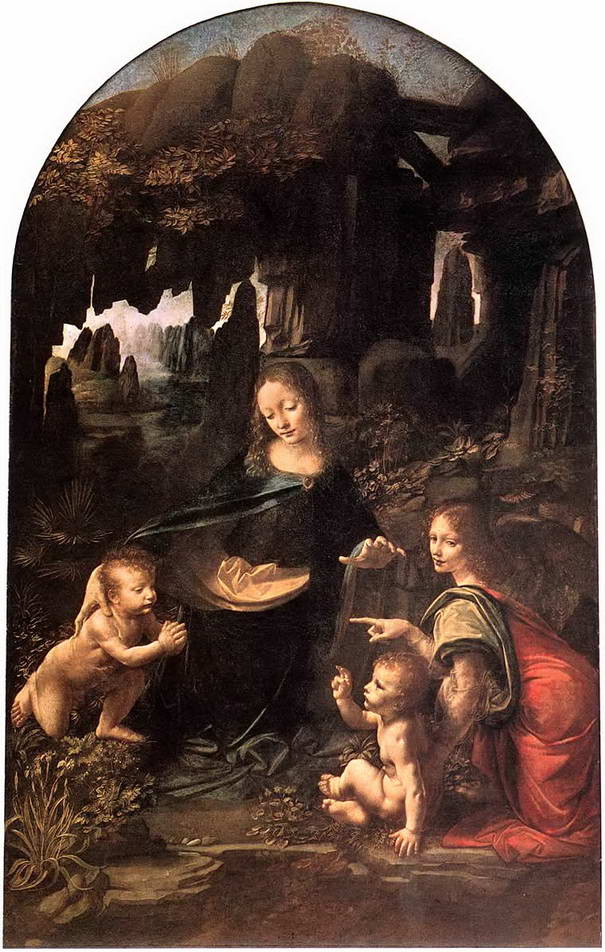 Virgin of the Rocks Louvre 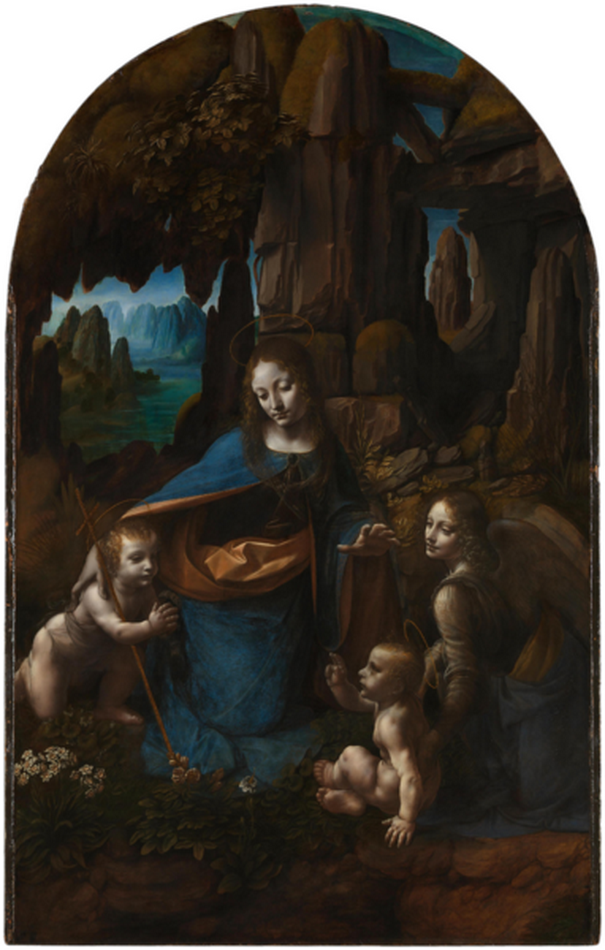 Virgin of the Rocks London

This painting has 2 versions. One is in the Louvre, Paris, the other is in the National Gallery. Both paintings show the Madonna and Christ Child with the infant John the Baptist and an angel, in a rocky setting which gives the paintings their usual name. The significant compositional differences are in the gaze and right hand of the angel. 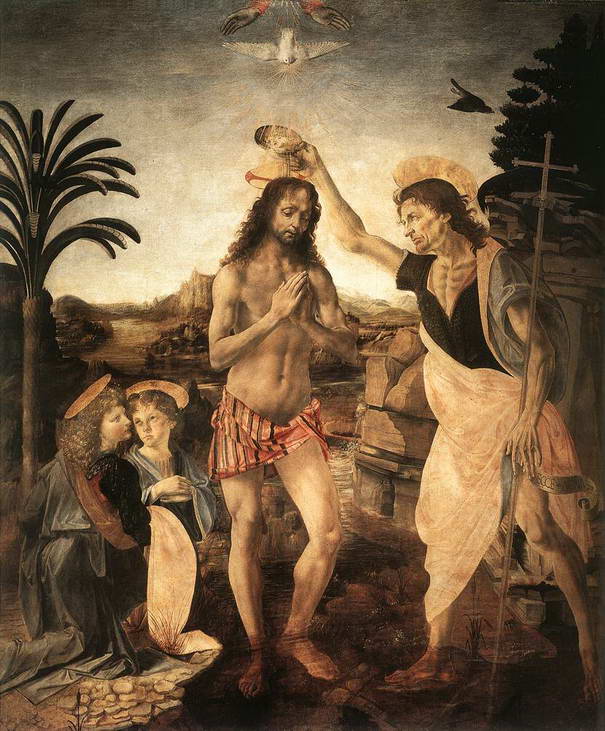 Leonardo was 23 at the time it was painted and part of his contribution was the angel holding the mantle. The kneeling figure already shows signs of characteristics Leonardo would retain and develop throughout the rest of his career, particularly in the luminous tumbling locks of hair, the brightness in the eyes and the sweet look on the face. 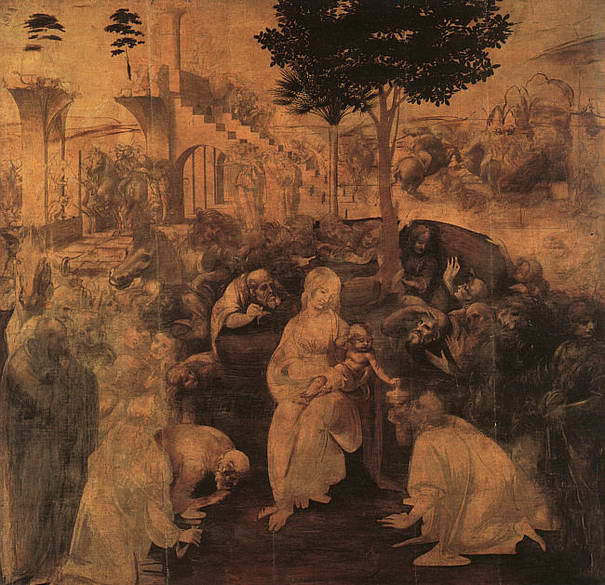 The Adoration of the Magi

Leonardo was commissioned in 1480 to paint this work for the main altar of the monastery of San Donato a Scopeto, near Florence. He was to complete it within thirty months, but it remained largely unfinished and was left behind in Florence when Leonardo set out for Milan the next year. 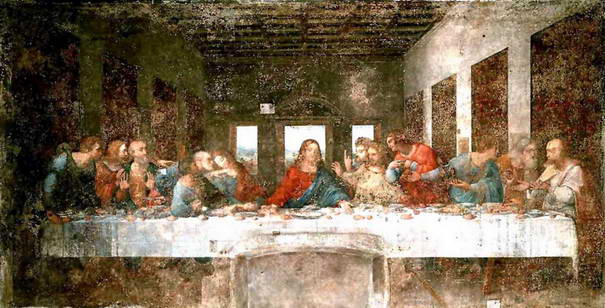 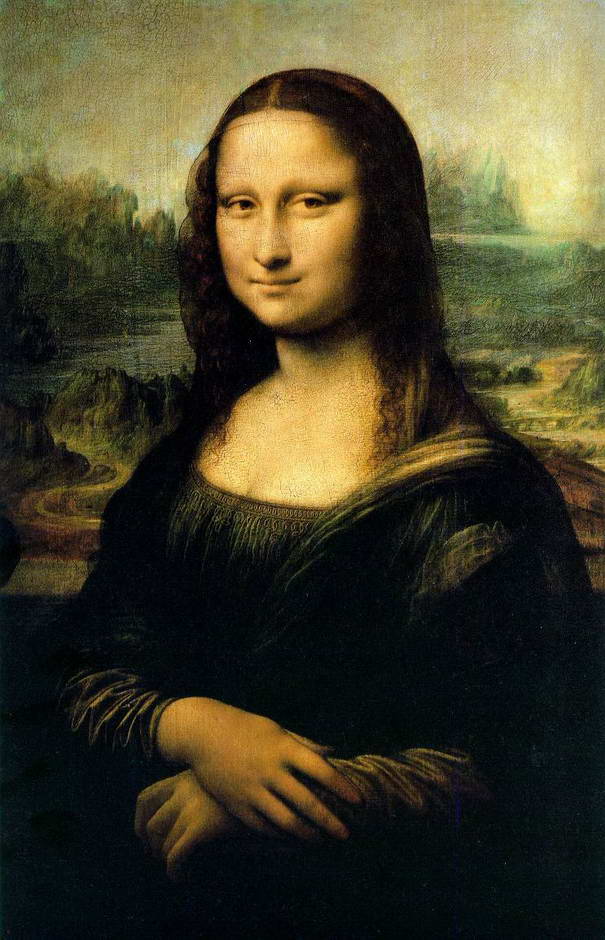 Any list of Most Famous Paintings would be incomplete without the mention of the Mona Lisa. This infamous portrait of Lisa del Giocondo was completed some time between 1503-1519 and currently on display at the Musee du Louvre in Paris.