In the history of leaders, perhaps only Hitler beats Josef Stalin for notoriety and legend. In fact, there are so many stories around the former Soviet leader, that separating fact from myth is hard! As a man, Stalin could be at once charming and cold-blooded which made him quite a character to deal with. Ruling his empire with an iron grip, he led to the deaths of millions with his harsh policies and brutal leadership style.
Here’s ten of the most famous facts about Stalin:

10 – Josef Stalin Was Not His Real Name 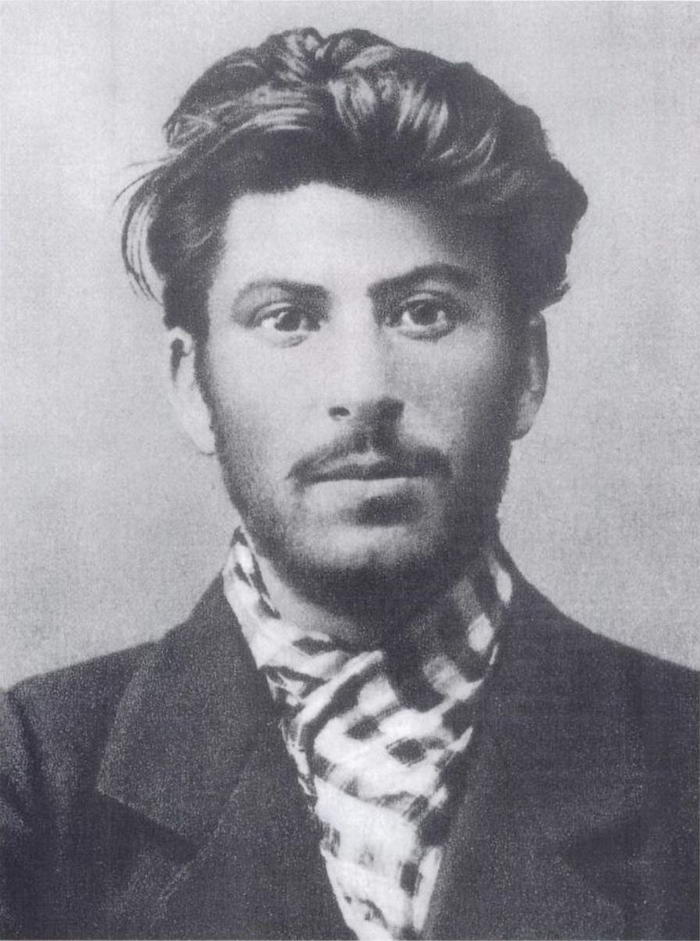 First surprising fact on our list is that his real name was Losif Vissarinovich! He assumed the name Stalin in around 1910 as he believed the meaning of ‘Man of Steel’ gave him a hard line, tough image. Some have also speculated that he assumed a different name to shield his real identity from state police while he was involved in revolutionary activity.
Others have also suggested that he wanted to move away from his poor Georgian roots when building a career in politics. Whatever the reason, Stalin stuck and certainly summed up his ruthless approach to leading when he came to power.

09 – He Was A Religious Man Initially 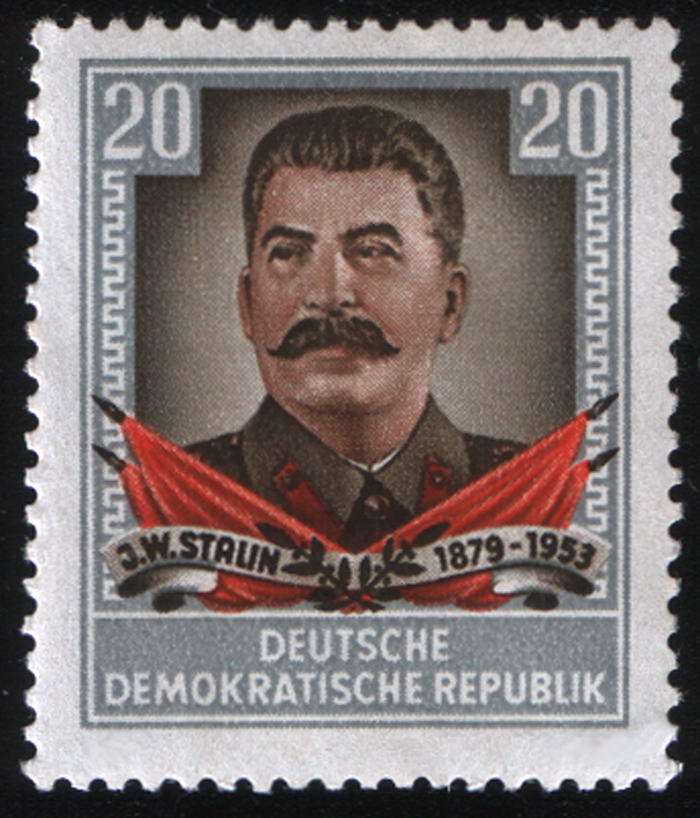 Surprisingly for someone who would adopt an overtly Marxist view on religion later in life, he started out thinking of becoming a priest. Before joining Lenin in the Bolshevik movement, Stalin was studying Theology at college. It was thought this was in an attempt to escape his poor upbringing and make something better of his life.
Many of Stalin’s early writings show this influence and the ideas he picked up at Tbilisi Theological Seminary college. By the time he was kicked out of there for reading literature by Marx though, he was well on the way to following a different path. 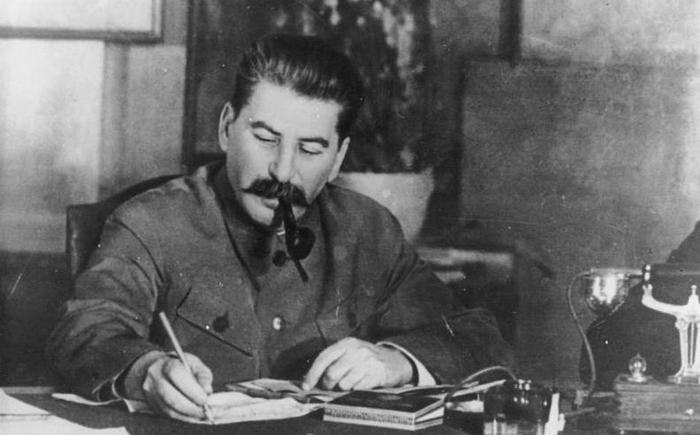 After a road accident when 12, Stalin had a physical abnormality that left his left arm much shorter than his right. Although he did his best to hide this for some years in official pictures, it was a source of much annoyance to him. As a result of this, he underwent surgery to completely reconstruct his left arm. Although this helped a little, after the surgery his left arm was a bit shorter still than the right and unnaturally stiff at the elbow. 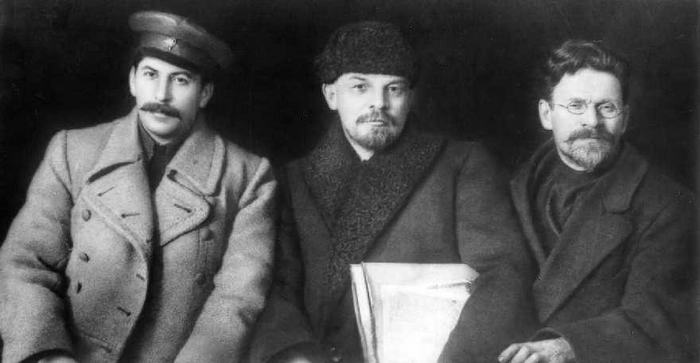 Stalin Lenin Kalinin – By ? (Retouched by AM (talk)) [Public domain], via Wikimedia Commons

As the above point shows, Stalin was quite sensitive about his appearance. Although he managed to fix his arm somewhat, the scars on his face from smallpox when young could not be healed. The Soviet leader was very particular about how he was represented and this was especially true in official portraits.
This was a point worth bearing in mind for any artists asked to paint his portrait. If Stalin thought that the finished picture was unflattering to him or showed him in a bad light, he would have them shot. It would certainly focus the mind somewhat when you had your brush in hand!

06 – Stalin Would Not Let Anyone In His Private Bed Chamber 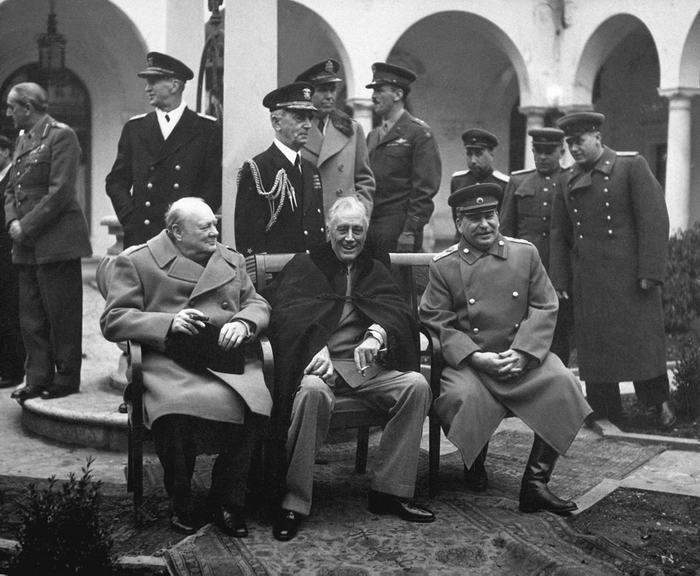 Stalin was an intensely private man and this led to him demanding that no-on enter his private rooms unless he summoned them. To help make this order a reality, he instructed the guards outside of this request. What happens next is a chilling indictment of Stalin’s murderous personality!
Deciding to test if his guards would follow the express orders, he screamed in pretend pain when in his rooms. Fearing for their leader’s life, the guards rushed in to help but found Stalin fit and well. Stalin however was furious with them and had them shot for failing to follow his orders! This did eventually lead to his demise though as when he really did have a serious seizure in the future, no-one dared enter to help.

05 – Stalin Had An Interesting Approach To Minefields 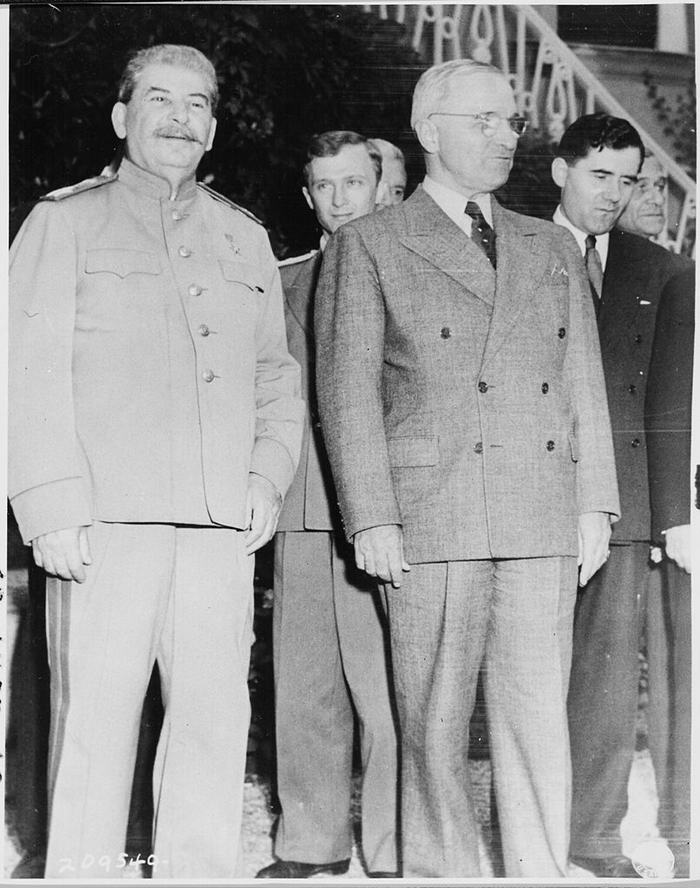 One of the things that is most feared when on the battlefield are mines. These explosive devices amount to certain death for any unlucky enough to stand on one or set it off. They were also a pain for military commanders as it would take a long time to clear a minefield properly so the army could advance over it.
Not being a man of great patience, Stalin developed novel way of clearing minefields. He would simply order batches of soldiers to walk over the minefield and set all the mines off. Once cleared, the army was then safe to advance quickly. Of course, this was no consolation to the dead men who had set all the mines off! 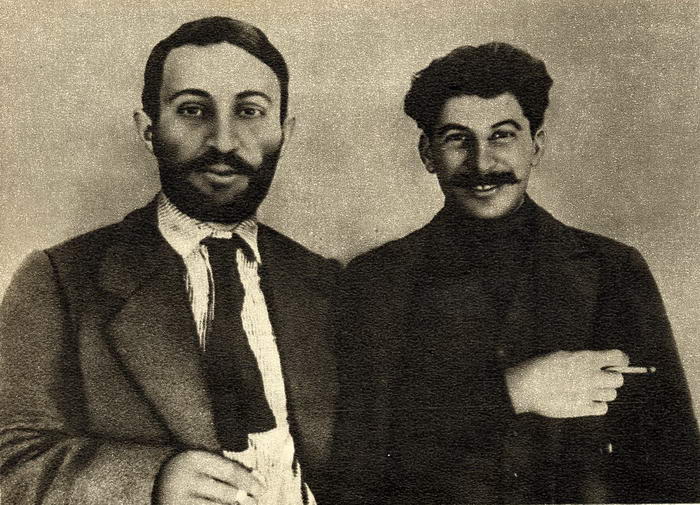 Most of us know Stalin as a cruel tyrant who had no compassion or human tenderness. Surprisingly, the Soviet leader was nominated for the Nobel Peace Prize twice to dispel this myth. In 1945 and 1948, he was nominated for his help in bringing World War 2 to an end.
He never actually won it though which is why most people don’t know about this fact. In 1945, the founder of the United Nations Cordell Hull won and in 1948 the prize was not awarded to anyone. Stalin was not too concerned though and could instead make do with being Time magazines person of the year in both 1939 and 1942! 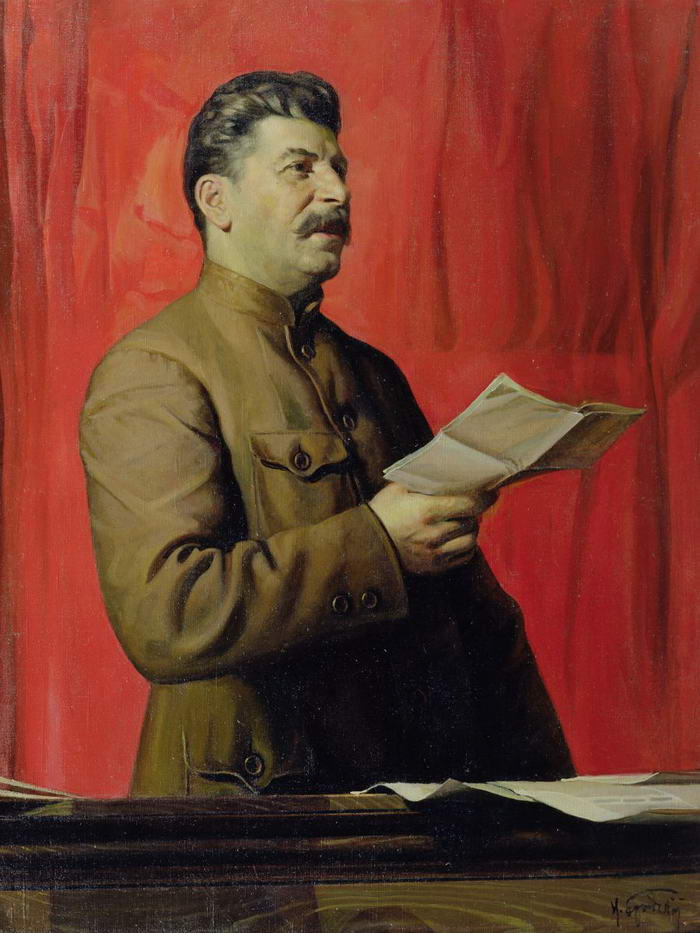 Although this sounds fanciful in the extreme, there is evidence that Russian scientists were ordered by Stalin to develop a new form of life. Half human and half ape, Stalin wanted these creatures to be super strong and impervious to pain. They were to show no emotion and be indifferent to any food or drink they consumed.
The idea behind this was for the Soviet Union to make the ultimate soldier who could be used to win wars for them. It was also planned to use them for hard manual labour jobs such as building railways. Needless to say the experiments failed and Stalin never got his wish. 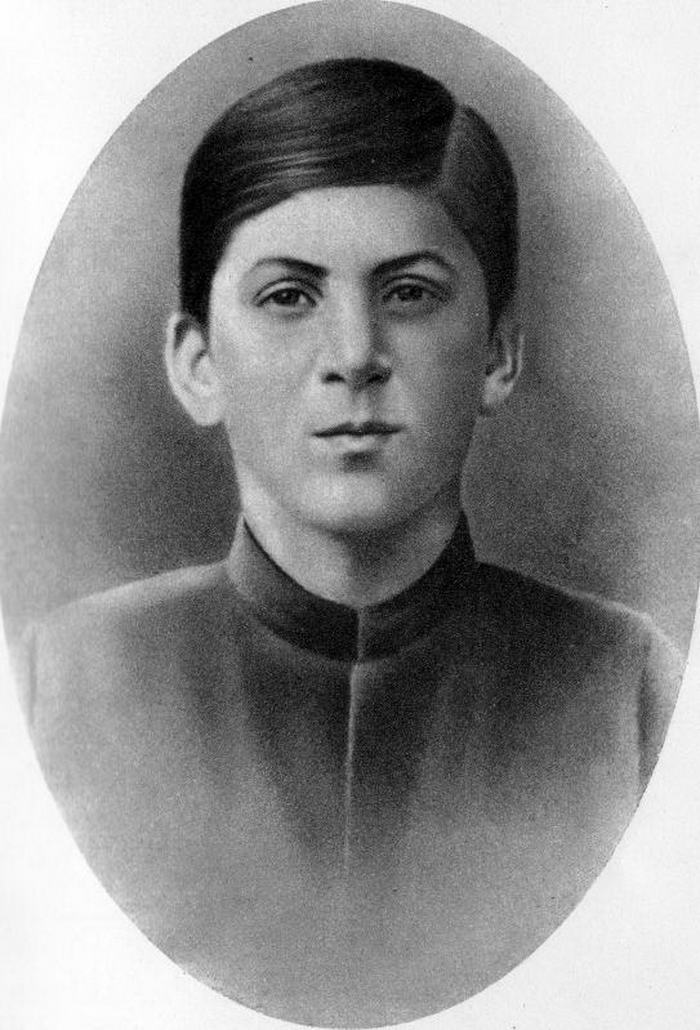 In a rather incongruous twist, evidence suggests that Stalin loved old cowboy films. It seems the picture they painted of daring heroes and gunfights at the OK Corral really struck a cord with him. At his private residence he had a cinema screen that he would play these types of films on for hours.
Inviting his friends over, they would sit in his cinema room and enjoy all the various gunfights and horse chases. Stalin even had an in-house translator so everyone could be fully aware of what was happening on screen!

01 – He Would Execute Anyone He Didn’t Trust 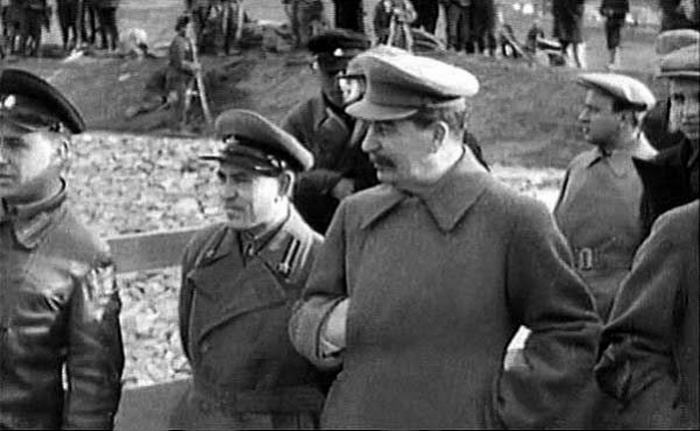 A large part of the image we have of Stalin is his willingness to agree to murder and apparent disregard for human life. This is shown greatly in how he dealt with any political opponents or anyone he felt to be untrustworthy.
Many died due to this on a result of the leader’s orders, very often when they were totally innocent of any wrongdoing. One purge of Russian Generals was so extensive that it almost left his army with no-one to run it! Any political dissent was also treated just as harshly as the many people who died or were sent to hard labour camps can testify.

There is no doubt that Josef Stalin is one of history’s most infamous figures. With much of what we know taken from myth or the media, his reputation as a cruel dictator seems well deserved. Hopefully, the ten facts we have looked at here will help shed more light on the man they sometimes called ‘Uncle Joe’!