One of the most infamous political parties of the 20th Century was surely the Adolf Hitler led Nazi party in Germany. This notorious Fascist movement was responsible for the descent into the horrors of the Second World War and the Holocaust. Although we know lots about that side of their history, there are some facts that you may not know about them as well. Although it doesn’t alter the sinister nature of their beliefs, it does give a fascinating insight into their mindset.
Here’s ten of the most weird and interesting Nazi party titbits:

10 – They Were The First People To Ban Smoking 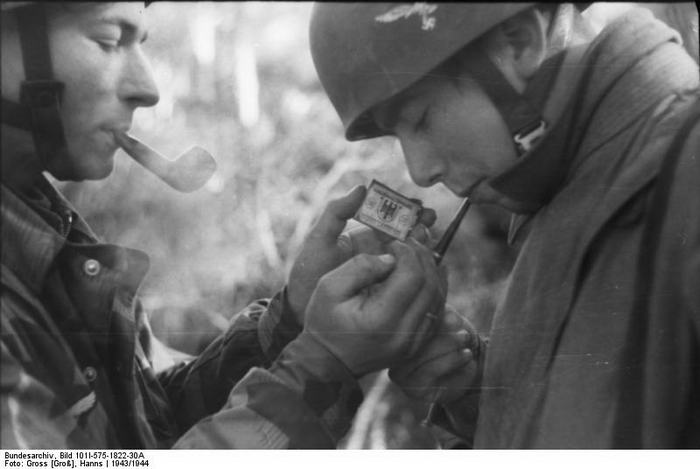 In a pre-cursor to modern stances and laws in this area, the Nazi party were the first people to ban smoking. Nazi doctors were the first to establish a link between smoking and lung cancer which meant that a fierce anti-smoking campaign began under Hitler. The Nazi leadership strongly condemned smoking and advised the general population to give it up. This included a ban on smoking when using trains, buses and trams. It also saw them ration cigarettes and increase tax on tobacco. Of course, it must be remembered that the main aim of this was to protect the Aryan race which takes the shine of this achievement somewhat. 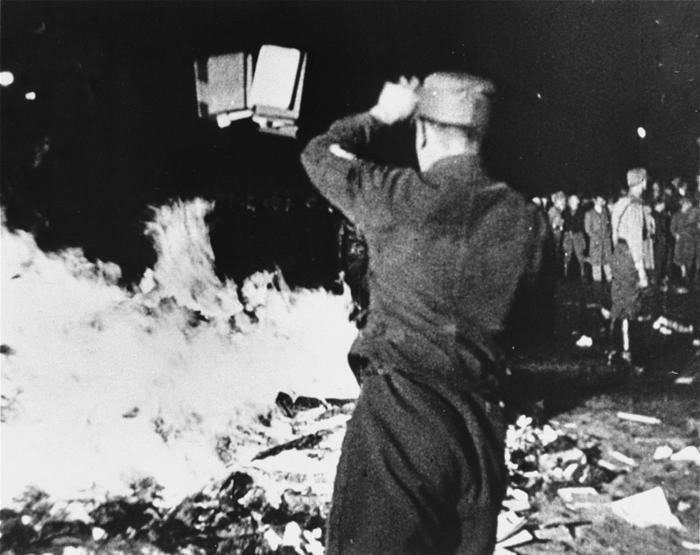 If you were a gay man or lesbian in Nazi Germany then you were in for a rough time! The Nazi’s really didn’t like homosexuals and treated them severely when in power. Beginning in 1933, gay organisations were banned and all books on the subject were burnt. Even homosexuals who were Nazi party members were not safe as many were murdered. In an interesting attempt to ‘cure’ gay men, the Nazi’s insisted they visit brothels when in prison camps. Their hatred of gay people seems to stem from religious views which saw them as unnatural before God.

08 – They Tried To Take The Merry Out Of Xmas 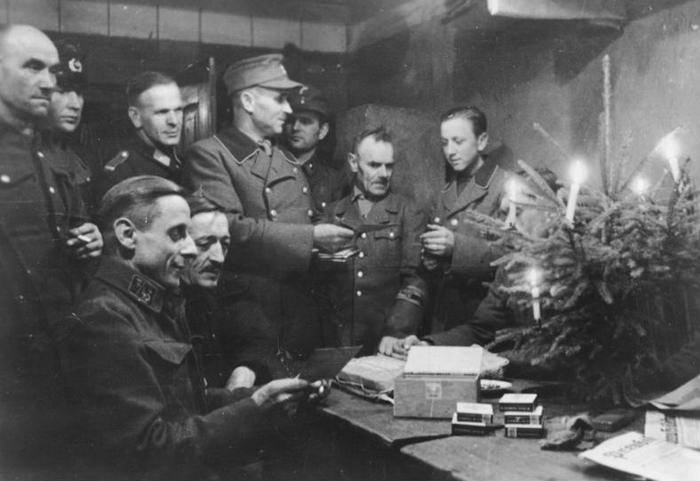 Although the Nazi’s were religious, it was in a more Pagan way than traditional Christianity. Don’t forget that Jesus was a Jew so Xmas posed a problem for them. They still wanted to celebrate but couldn’t do it as we normally do with their views on Judaism. To get round this, the Nazi’s tried to turn Christmas into a Pagan festival by re-branding the festival as ‘Winter Solstice’. Germans were directed to bake cookies in the shapes of Swastika’s and use official Nazi party decorations. Most of them ignored it though and celebrated as usual! 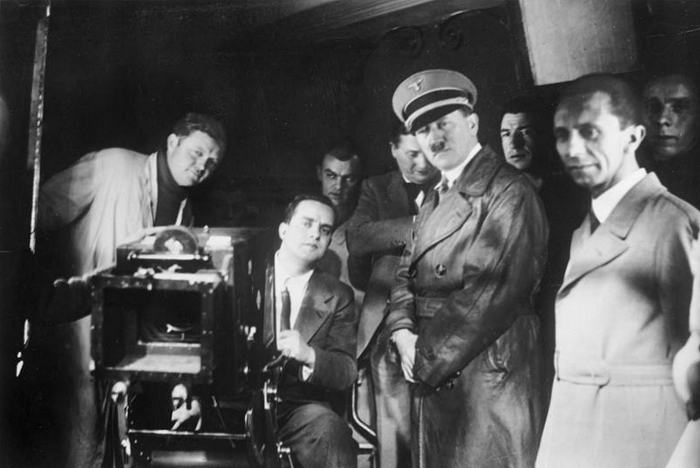 The Nazi party were something of a contradiction as they didn’t really like artists but loved the arts! None more so than Hollywood films, of which the Fuhrer and his party were massive fans. Apparently, the Nazi favourite was ‘Snow White and the Seven Dwarves’, closely followed by ‘King Kong’! Even more bizarrely, Propaganda Minister Dr Josef Goebbels once gave Hitler 12 Mickey Mouse films for his birthday. The Nazi party would soon see how powerful films could be in getting the public onboard and start to produce their own movies too. 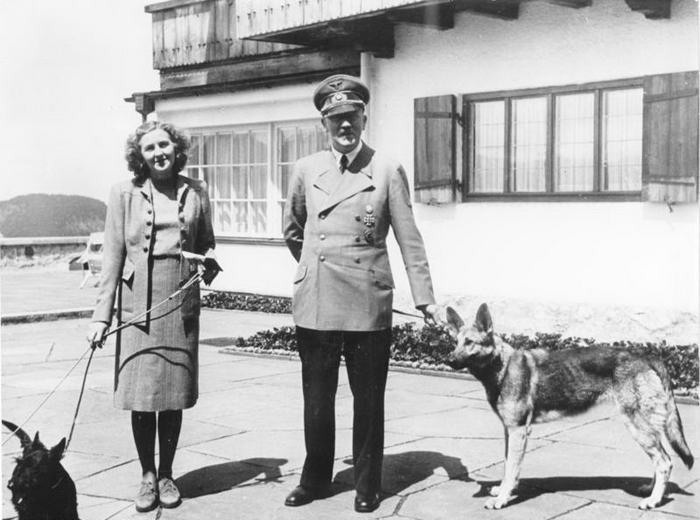 Under Nazi rule, there were numerous laws passed to protect animals in Germany. They really loved their creatures, both wild and tame, and sought to keep them safe at all costs. Hunting was banned under these new regulations and the slaughter of animals for food highly monitored. Strict checks were kept on the treatment of animals and anyone found engaging in cruelty would be punished. Many would say it was a shame that they didn’t extend the same level of care to humans!

05 – They Set Up An Official Breeding Program

One problem that terrified Nazi Germany was the low birth rate amongst the Aryan population when it took power. To combat this, the Nazi’s set up a breeding agency called ‘Lebensbborne’ (Spring of Life in English). Unmarried mothers and single women were given financial aid to get pregnant and give birth to many children. These would then by adopted by racially pure families, as decided by the Nazi guidelines, who would bring them up in the Nazi philosophy. It was also highly encouraged that these women should get pregnant by SS Officers before the men went off to war. 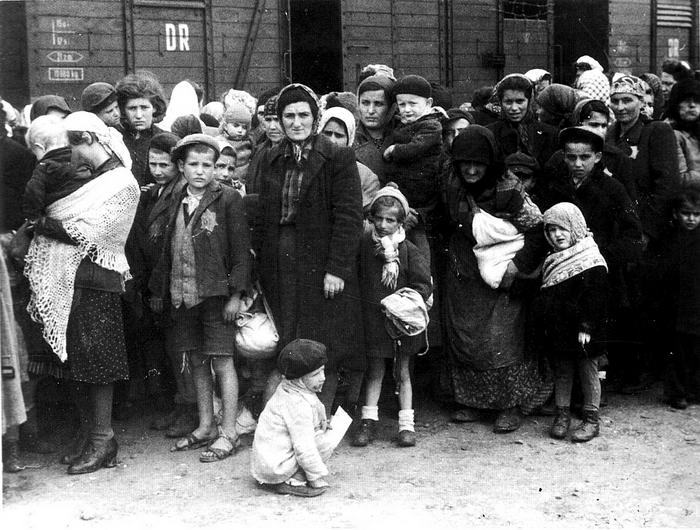 In a fact that is not well known, it has been reported that the Nazi’s kidnapped around 400,000 children from other countries who they thought were Aryan by descent. These children would be Germanised when back in the motherland and serve the rest of their life as a fully signed up Nazi German. The methods varied but it would usually involve being sent to official SS Home Schools or to approved German families to learn about German culture. In a shocking addition, any that turned out to be not Aryan enough would be used as forced labour or killed. 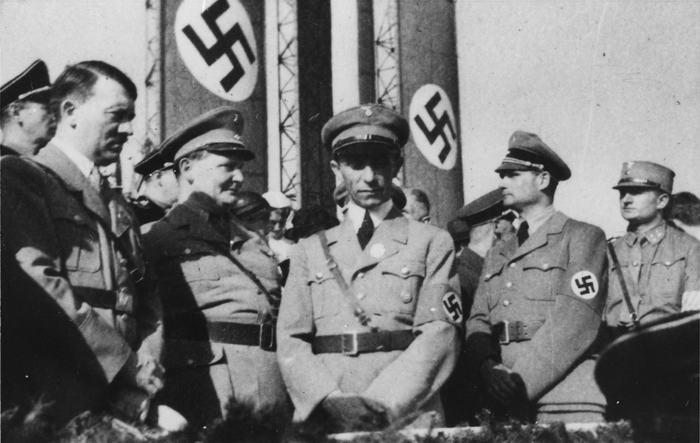 The Desperate Years p143 – By Unknown or not provided (U.S. National Archives and Records Administration) [Public domain], via Wikimedia Commons

In a weird twist, the Nazi’s didn’t like you calling them that! Nazi was actually a made-up abbreviation that the press gave the party and was not used at all by members. Hitler in particular hated it and would fly into a rage if he heard someone say the name. The party much preferred ‘National Socialists’ and would use this on all official correspondence or engagements. When the Nazi’s came to power, cars were a luxury that most normal German’s could not afford. They thought this wrong and so helped to create the Volkswagen brand to remedy this. Volkswagen means ‘People’s Car’ in English and this sums up what it was meant to do. The Nazi’s wanted a reliable and affordable car that ordinary German’s could buy. The design of the Beetle was heavily influenced by the Nazi Fuhrer who told designers to make it look like the insect.

01 – They Came Up With A Very Powerful Performance Booster 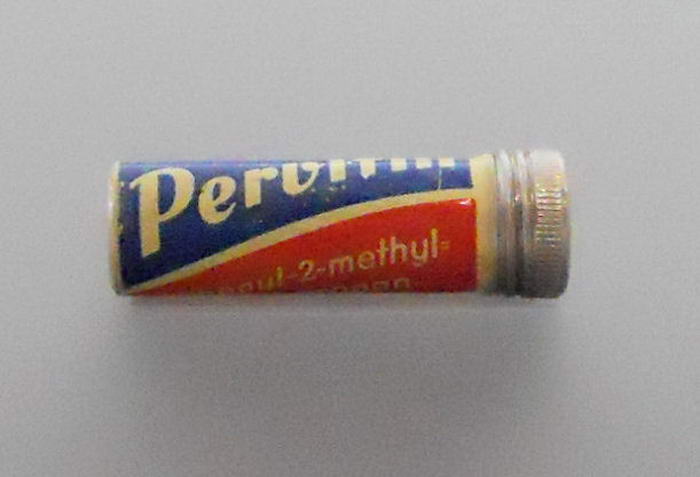 During the Second World War, German doctors came up with a methamphetamine based experimental drug to increase soldier’s performance. This was very successful in trials when tested and made the troops super tough. It was found that they could march 55 miles without any tiredness which is pretty amazing. The plan was to roll it out to all soldiers serving in the war but the German’s lost before it could be put into place. If they had done that in time, who knows what the final outcome might have been?

There is no doubt that the Nazi party were a malevolent and dark force, not only within Germany but on the world stage. Although many of the major facts about them are widely known, these smaller yet interesting facts may not be. It doesn’t do anything to make their reputation better, but it does paint a more detailed picture of what they believed in and how they ruled within Germany itself.