Restaurants in particular love to make a statement with their restrooms. This has led to all manner of strange bathroom designs, from unique urinals, to gold clad sinks and oddly shaped towel warmers. Here are 10 Most Unusual Bathroom Designs around the world.

10 – The World’s Largest Restroom in Yangrenjie 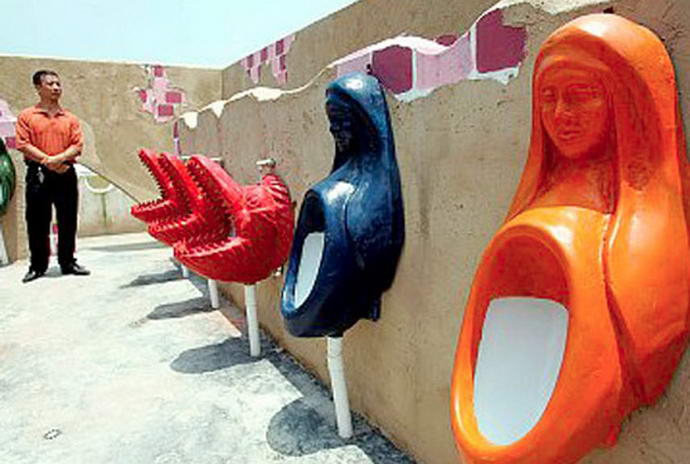 The world’s largest restroom is in on the street of Yangrenjie in China. It features no less than a thousand toilets, many of which have very strange designs, including some which are made to look like crocodile mouths. 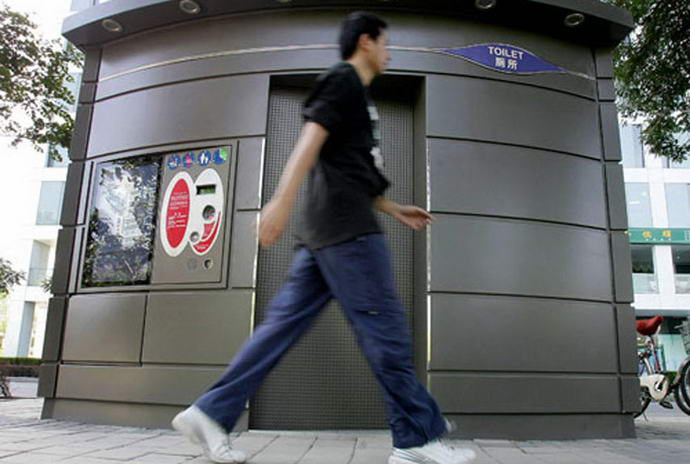 Also in China, this 15 ton installation is designed to withstand detonations form both inside and out. It cost $100,000 but isn’t particularly popular. Perhaps it’s because it’s very conspicuous.

8 – The Aquarium Bathroom in Akashi 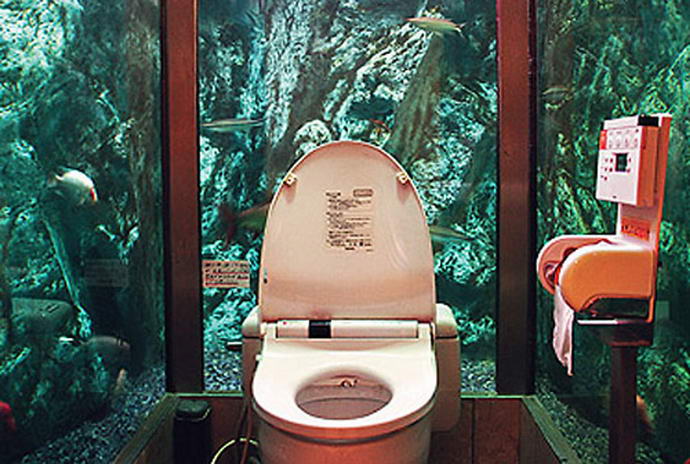 The Mumin Papa Café in Akashi, Japan has many fish tanks around the tables. This is becoming a common fixture in fancy restaurants, but this particular one also has a toilet that has three of its walls bordering an aquarium.

7 – The Dolce and Gabbana Gold Room 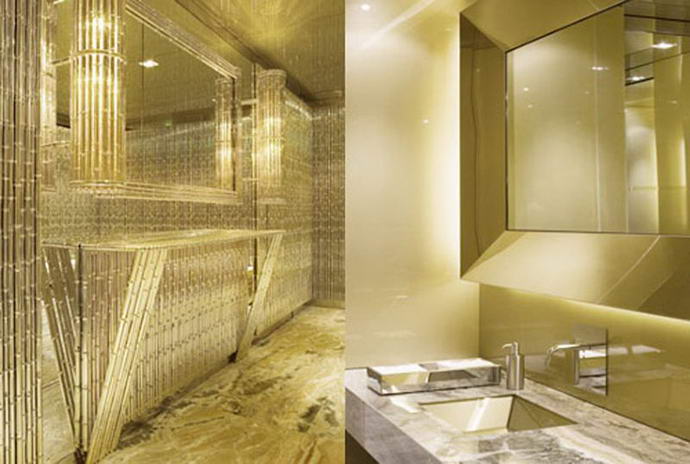 Quite possibly the most decadent bathroom on the planet, this golden-bamboo lined room was designed by famous fashion house Dolce and Gabbana. It features huge mirrors everywhere too. You can buy bathroom cabinets with mirrors, but gold plated furniture is not quite so easy to come by. 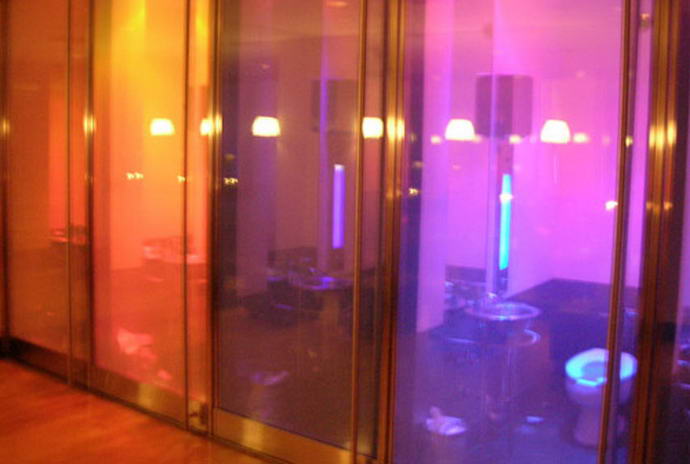 Bar 89 in New York City has stall doors that look as though they’re transparent, but liquid crystals inside them mean that when you shut them, you’re hidden from view. 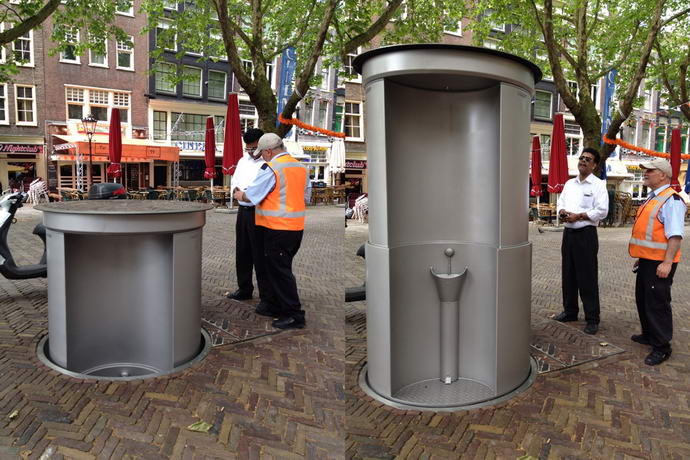 Public toilets often take up a lot of space, which is why officials are often reluctant to install them. Not with this one though; it rises out of the ground in a very space age way. 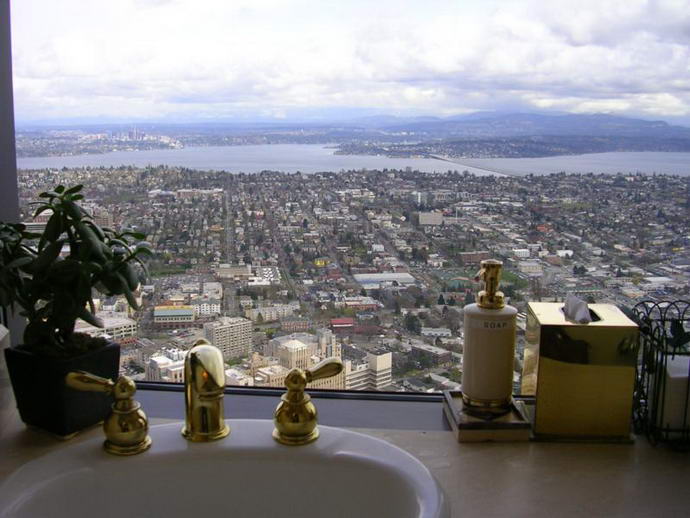 Columbia Tower in Seattle is one of the tallest buildings in the US, and on the 76th floor, each and every stall comes complete with its own window which overlooks the city. It’s cool, but not for those who are afraid of hights. 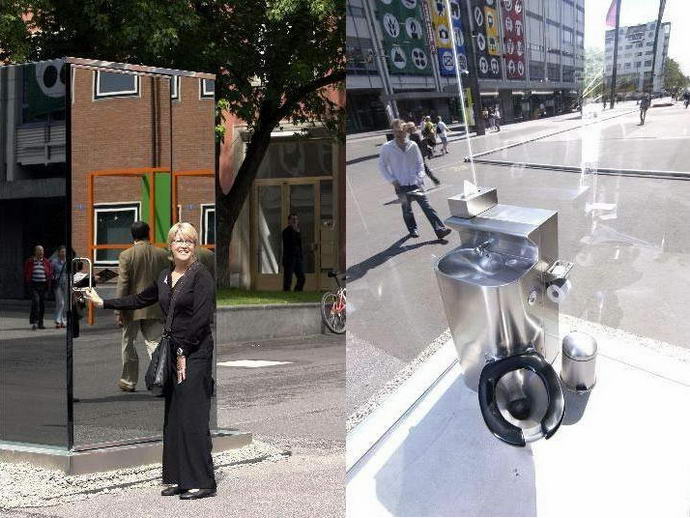 In Basel, Switzerland, is a public toilet that makes use of the same glass you find in police interview rooms. From the outside it looks like a mirror, but from the inside you can see out. We’re sure it would be disconcerting, but it is very interesting. 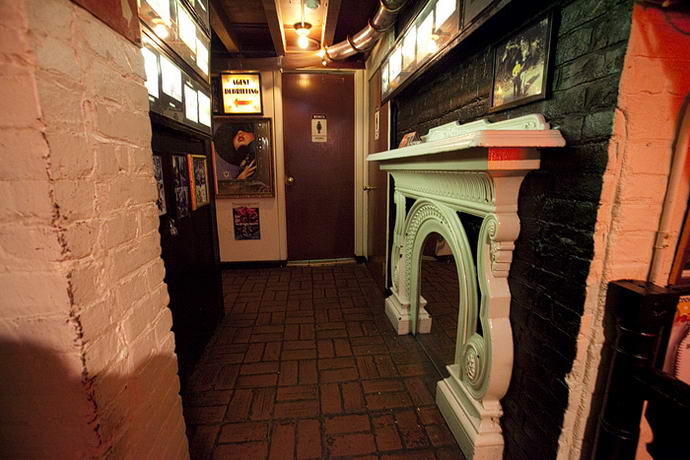 The Safe House restaurant in Milwaukee is completely spy themed, which even comes down to the restrooms. You have to get through a maze and avoid using a trick door in order to get to the toilets. 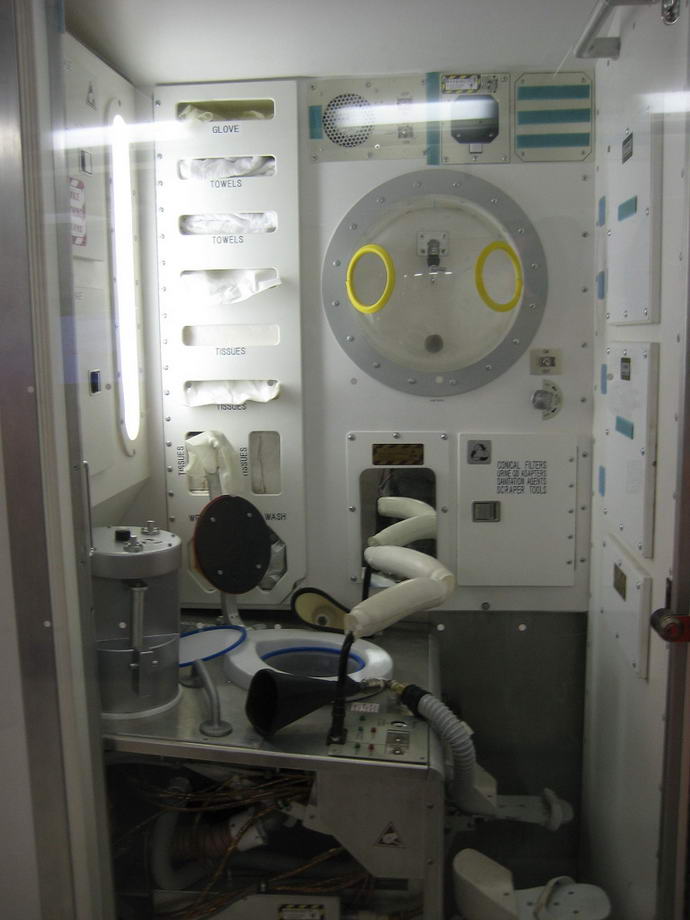 There’s no gravity in space, so the toilet on the ISS is actually a real engineering feat. The system relies on air, and a tight seal has to be made between the astronaut and the toilet itself. It’s probably very uncomfortable.