There’s no doubt about that Prison is a scary place. Living with potentially violent people (may be you are one of them too) locked into a limited space, really don’t want to be there. With such high pressure stakes, things easily take a turn for the violent, and in an environment with almost no weapons, any tool to hurt other people is a major advantage. This 10 Most list is about how people can get creative if they are trapped.
Check out 10 Most Terrifying Handmade Prison Weapons. 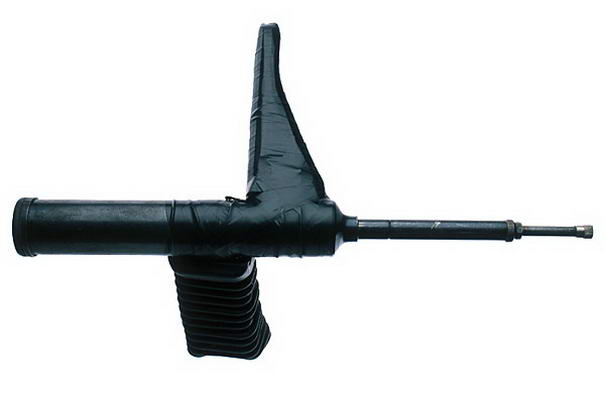 This fake machione gun is made from a grease injector, wood, a rubber sleeve and tape, and the inmate was planning on using it to make an escape. 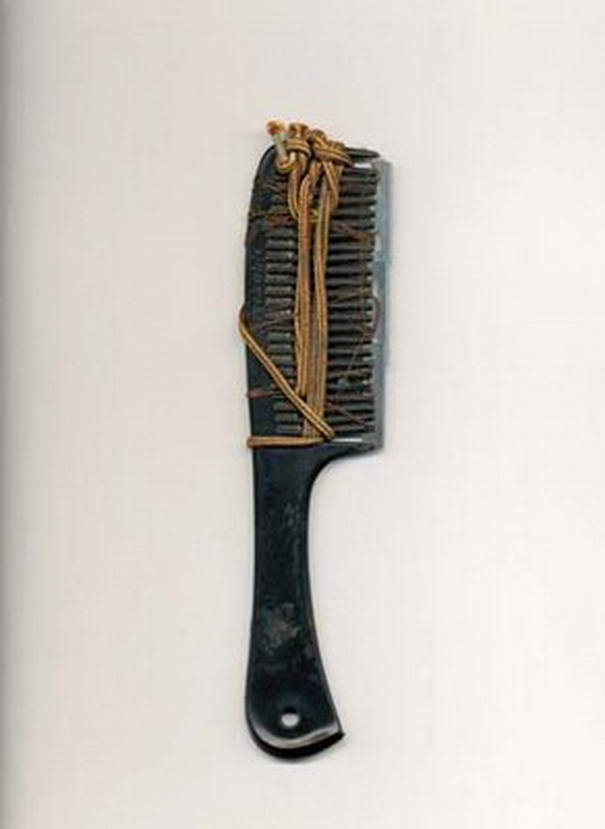 Razor Blade Comb is a plastic comb, with four razor blades inserted into the tines, bound in place with shoelaces and copper wire. 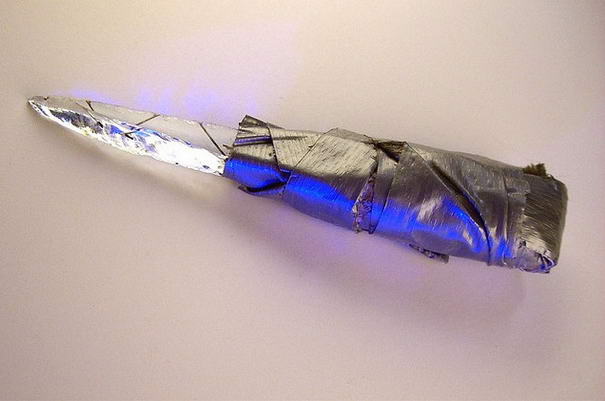 This is a knife made from a long spike of chicken-wire reinforced glass, which is extremely strong and break proof. It’s been flaked down to a spike, and then bound with tape for a handle. 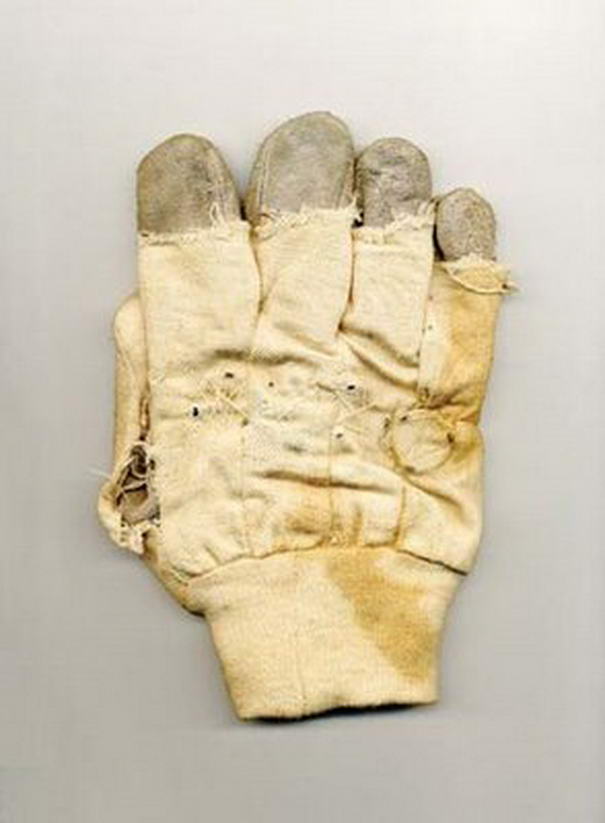 This contraption involves a smaller glove inside a larger one, with sharpened upholstery tacks between the layers, sharpened and sewn in place. 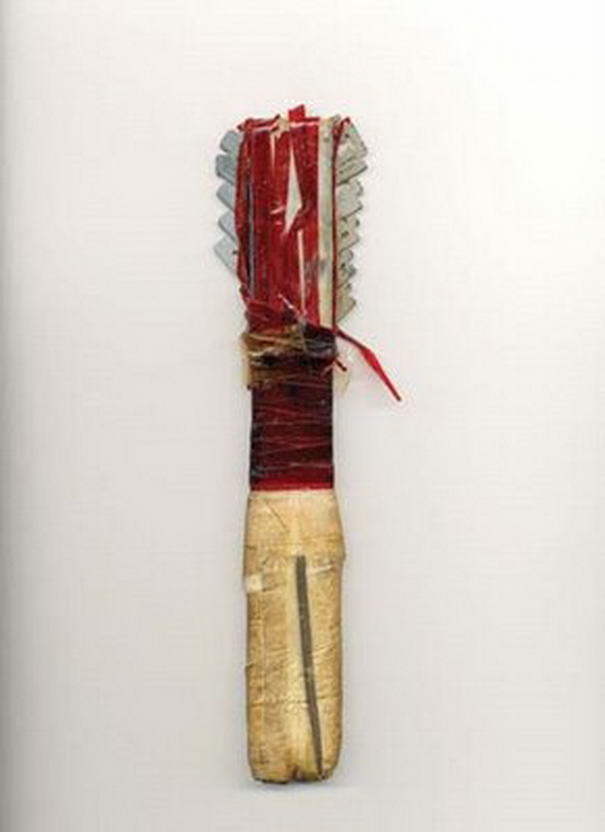 This blade is a length of wood with safety razors lodged along both sides of it, five large ones on one side, six small ones on the other. The whole thing is then wrapped in various types of tape to keep it held together, and then a handle was strapped together. 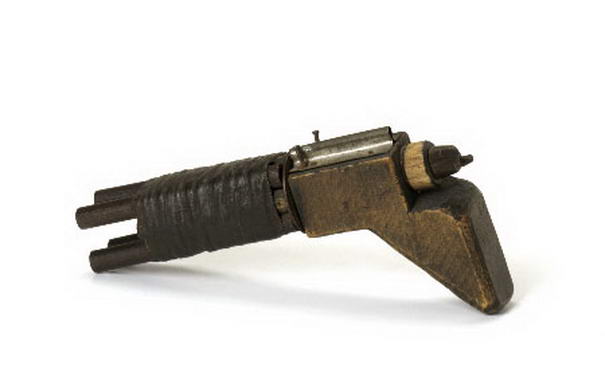 This shot pistol has four barrels attached to the front of the gun, and each could be rotated into place and triggered, dispensing with the difficulties of reloading these crude and often dangerous weapons. 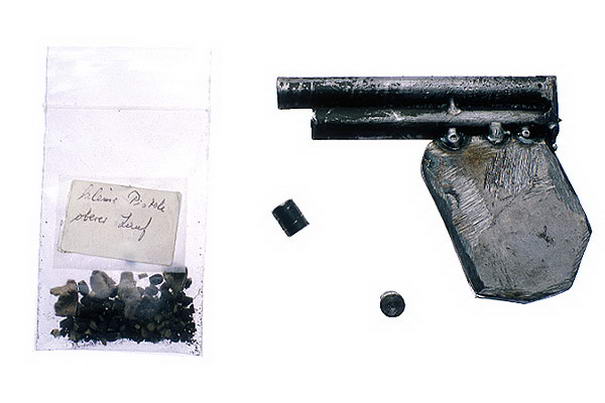 This pistol was constructed in the workshop simply by welding together two tubes for the double-barrels, and then attaching a grip. Essentially a tiny blunderbuss, the barrels were packed with matcheads, and then small bits of metal were used as bullets. 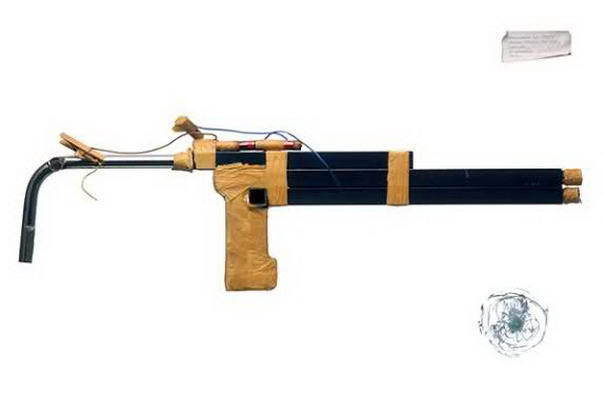 This incredible looking shotgun actually used an electrical charge to ignite powder and shoot improvised projectiles, and was used to shoot through glass and escape from a prison in Germany. 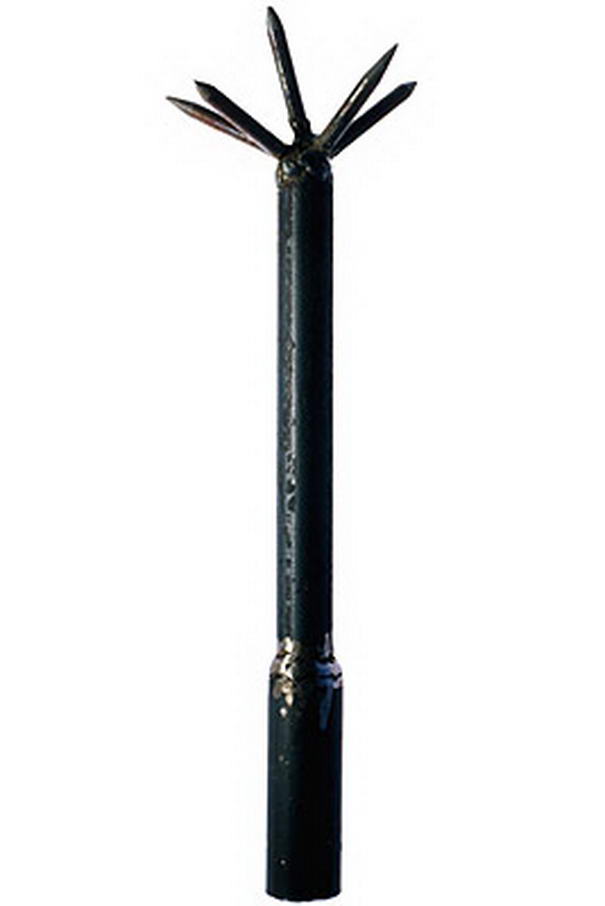 This mace was found in a prison in Germany, but the inmate who made it was never identified. Made by welding spikes to a metal shaft, this thing could do some serious injury if it ever hit someone. 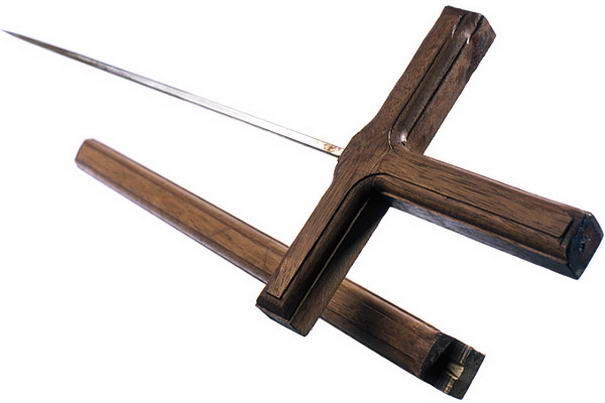 Getting caught with that crucifix shiv might not enamor you to the parole board quite as much. Really creative and functional. Don’t you think so?