As a discipline, philosophy has a rich and varied history from the time of Ancient Greece right up until the present day. While some people struggle to grasp the more obscure theories, it should be remembered that the great philosophical ideas helped to shape the society we live in today. Of course, as with anything, there are the famous names and well-known philosophers who have made major contributions to our understanding of the world.
We take a look at the ten most influential to have lived and see why their ideas were so revolutionary: 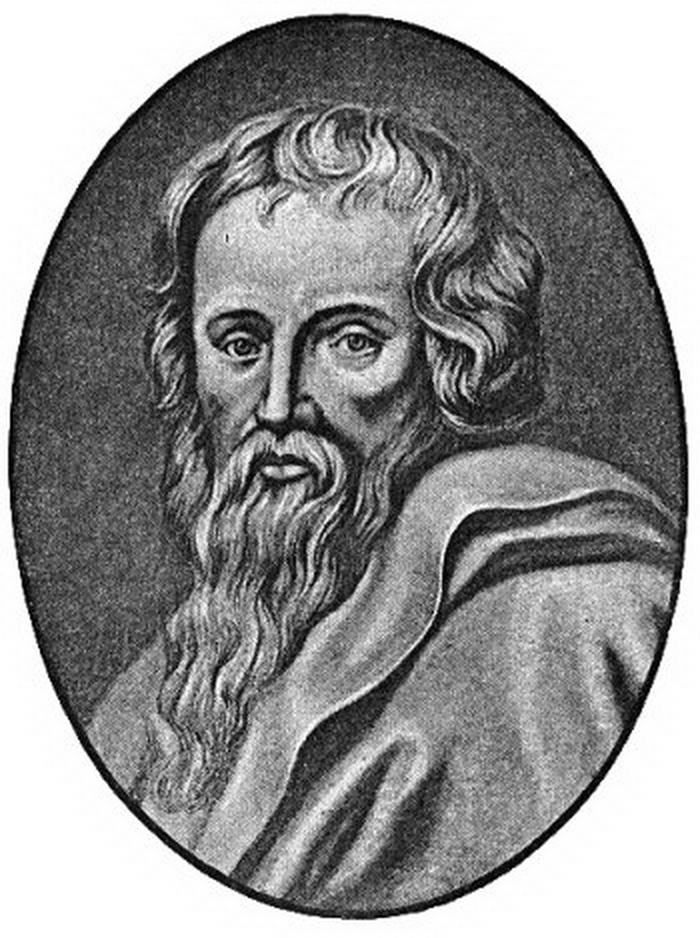 We start off with a bit of a curveball in Paul of Tarsus. One of Jesus’ disciples (although not one of the twelve most celebrated), he was known as Saul before converting to Christianity after seeing a resurrected Jesus on the road to Damascus.
His writing’s in the Bible, work in setting up churches in Asia Minor and his influence in making Christianity available to all was vital in the religions evolution. His reasoning that people did not have to be Jewish to be Christian and the way he crystallised Jesus’ ideas into a systematic, accessible religion are championed by many as why Christianity became so popular. 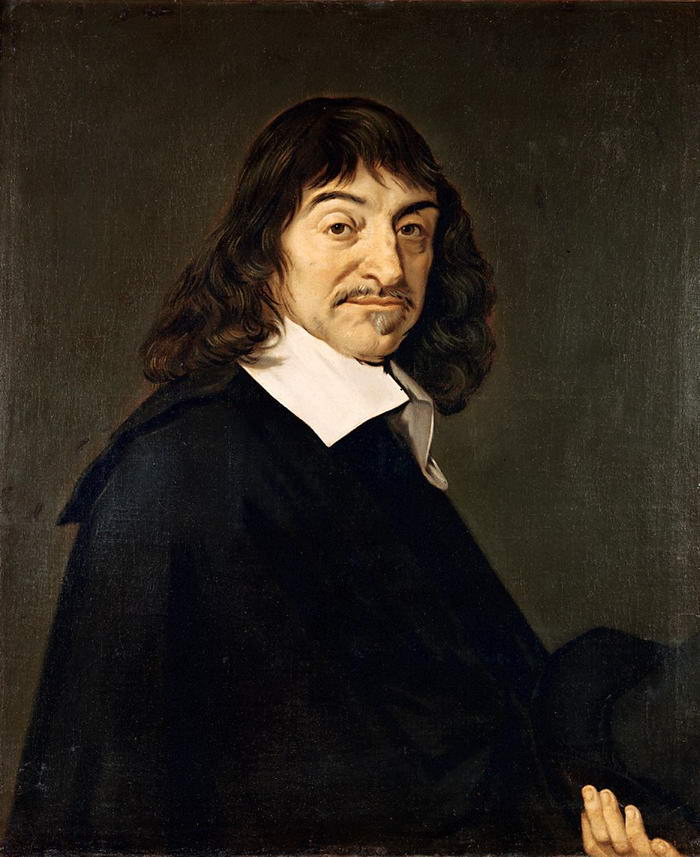 Most commonly described as the father of modern philosophy, Descartes was a French thinker who lived from 1596 to 1650. Descartes advocated an almost scientific approach to philosophy where the world at large could only be proved by reasoning and deduction based on what was observed.
His most famous idea was ‘I think, therefore I am’. Although some struggle to understand this phrase, it is simply meant to sum up the existence of the human mind. After all, if we did not have a real mind, how could we think about things? He was also a believer in dualism which was the belief that the mind had power over the body. Descartes believed weakness in the body could be overcome by focusing on areas of strength instead. 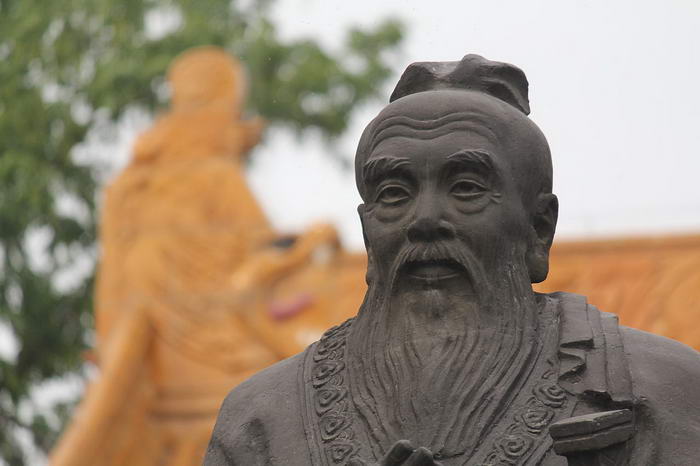 By Kevinsmithnyc (Own work) [CC BY-SA 3.0], via Wikimedia Commons

Master Kong Qiu to give him his formal name was an ancient philosopher who lived in China. Still considered the most important sage in Eastern philosophy, his famous sayings are well-known to this day. He was a big believer in ethics and democracy which fitted in perfectly with the Greek philosophers who were around at roughly the same time.
His belief in the Golden Rule was an important point to note about Confucius. This was a rule that advocated not harming others but also helping people out if you could. Although the Greek philosophers had said similar things, he was the first since Jesus to have pushed for actively helping other people. 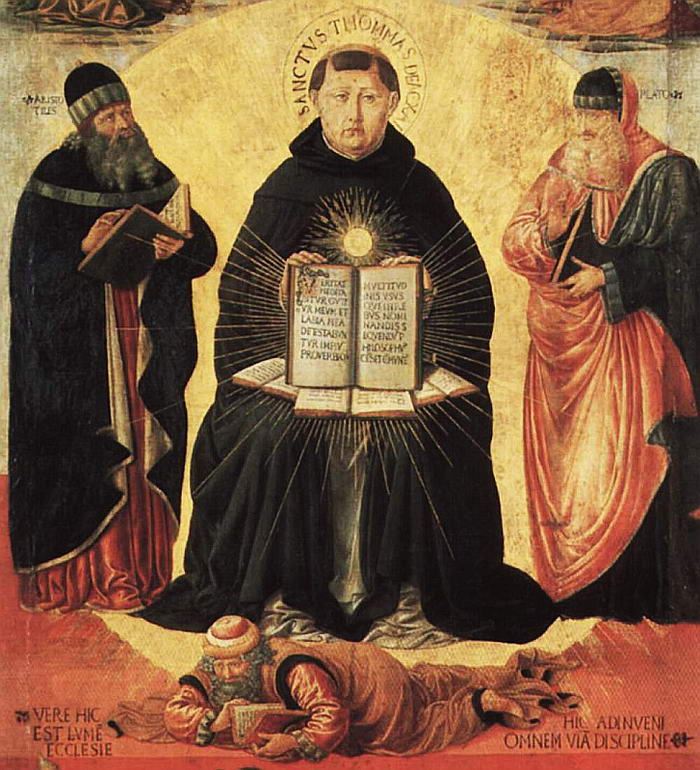 The big idea that Aquinas came up with and gets him his place here is the ‘First Cause’ argument. He came up with this when wrestling with the idea of who had created the universe and being able to prove it was God. Even bigger, Aquinas used this theory to help him prove God actually existed!
He claimed that everything has a beginning and an end so for the universe to be created in the first place, God must exist to do it. Although his theories have been hotly debated ever since, especially since he based a lot of his ideas on Bible teachings, his impact on philosophy and making abstract ideas understandable to the common man was important. 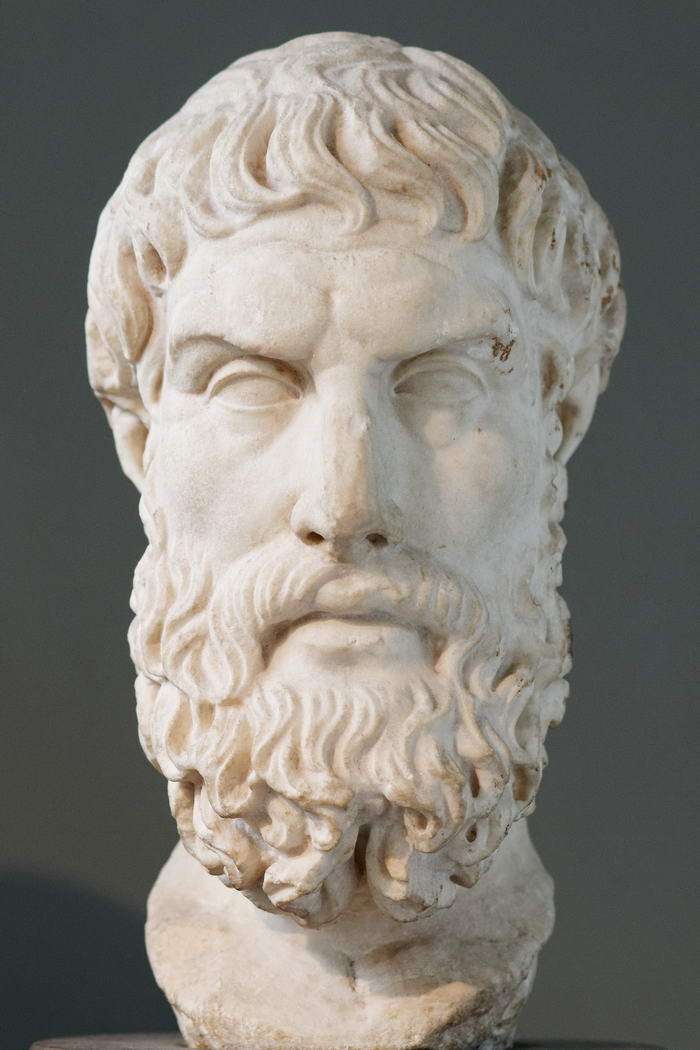 I like Epicurus but over the years he has got a bad rap for promoting self-indulgence by some people. Many of these critics however were religious types who disliked Epicurus as they thought he was an Atheist. His most well-known ideas were on how to live life and enjoy your time on the Earth along with rejecting anything that was not tangible.
He believed that intangible ideas or principles could be manipulated and so advised to only believe in what could be seen or tested. Epicurus also advocated that to live a pleasant life, you must live justly, wisely and well.

One of the more modern philosophers, Immanuel Kant was a German born thinker. He argued that the human mind created the structure of a person’s experience and that reason is the source of human ethics. He also believed that aesthetics arose from disinterested judgement, time were forms of a person’s sensibility and the wider world was independent of a person’s concept of it.
Perhaps his major contribution to the world was that perpetual peace could only be achieved through democracy and international co-operation. One of the great modern thinkers, Kant certainly deserves a place here. 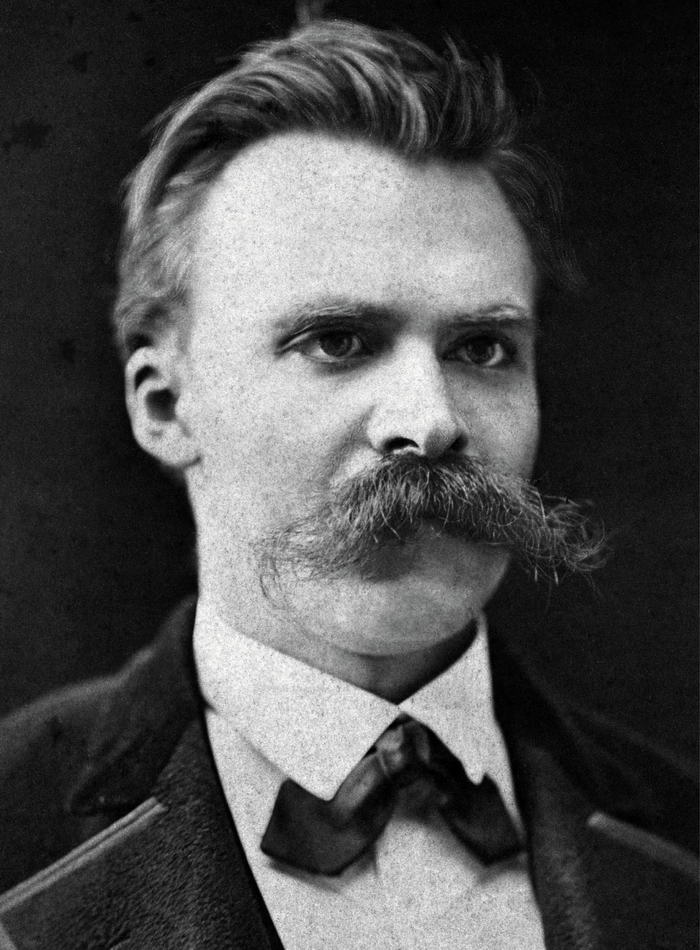 Nietzsche was another superb modern philosopher and a man whose ideas touched upon art, religion, philosophy and history among others. He developed many theories over his career, the most famous being the radical critique of truth in favour of perspectivism and master-slave morality.
Nietzsche has an element of controversy attached to him due to the concept of the ‘Ubermensch’ from his book ‘Thus Spoke Zarathustra’. This theory was based on his belief that man would eventually rise above traditional concepts of good or evil after a spiritual evolution which would create a superior sense of self-awareness. 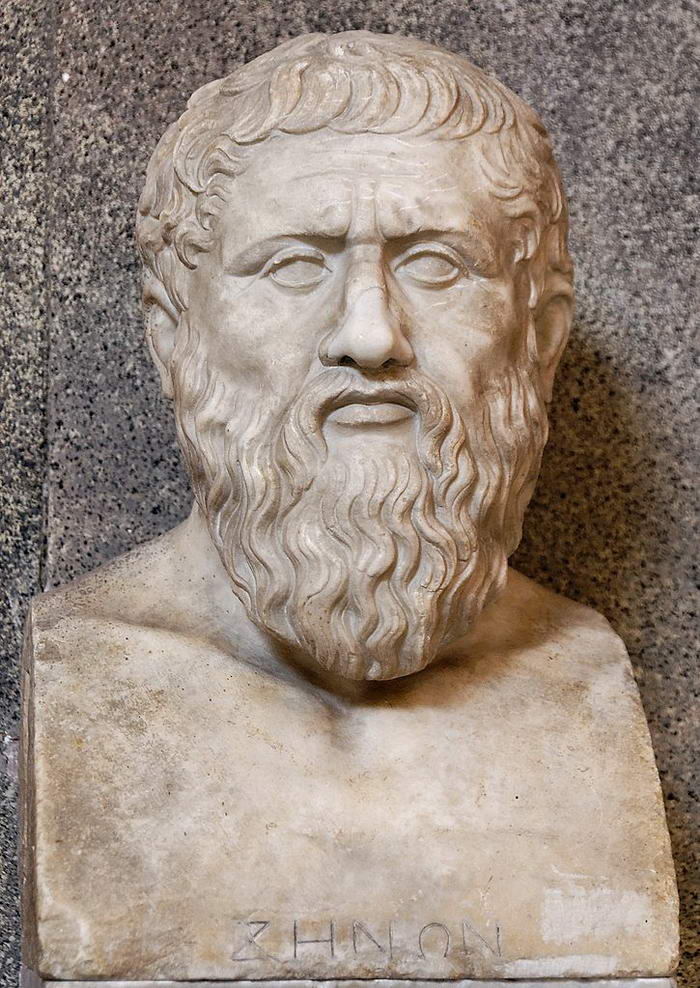 Plato – See page for author [CC BY 3.0], via Wikimedia Commons

Founder of the western world’s first higher educational institute in the ‘Academy of Athens’, Plato was a pupil of Socrates. That meant that his writings were not only important to preserve his view of the world but also to help us see what his teacher, Socrates, thought about things.
Plato’s most famous philosophical idea was that until the rulers of the world’s nations were made wise through philosophical thought, they would be bad rulers and evil would befall the world. When you look at the news each day now, it’s hard to argue with that really! Interestingly, he did not advocate democracy as he believed that was what had killed his teacher. He instead thought rulers should be benevolent aristocrats who helped common people improve their lot in life.
Plato also became popular for his theory of ‘The Forms’. In essence, he believed that immaterial things had more reality than things material in form. The idea was that material objects could be changed or our perception of them may change while this could not happen with immaterial things. 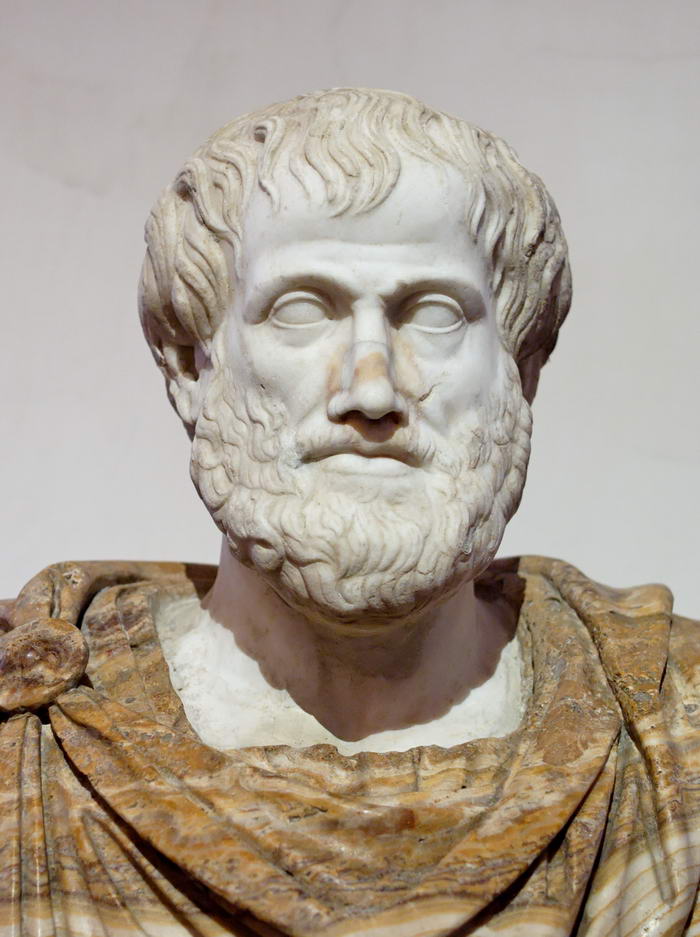 One of the big daddies of philosophy, Aristotle is rightly revered for his fine teachings and advancement of it as a discipline. His many teachings had far reaching consequences around the world but particularly his theory on causality. Although hotly debated ever since, his belief that there were four causes to anything in existence was earth-shattering at the time.
He also came up with the Ladder Of Life based on his observation that there was a natural hierarchy to everything in the universe from plants to animals and humans. Aristotle taught on the subject of ethics a lot and his assertion was that being good was not enough, you had to actually do good things for other people to make it matter. There are many other theories he came up with we don’t have space for here but suffice to say he is easily one of the most influential figures in philosophy ever. 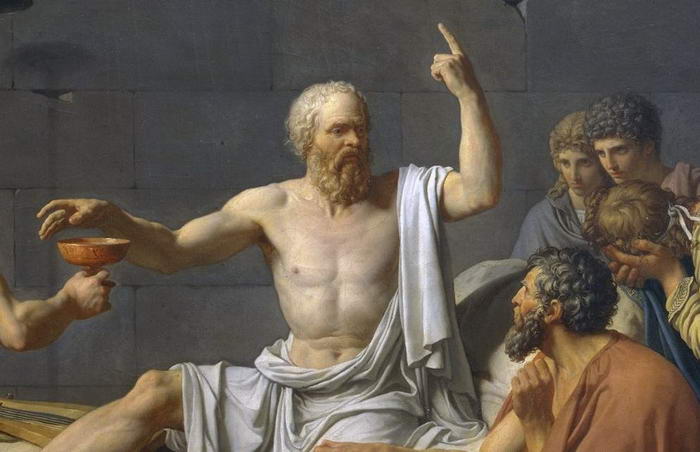 When you’re credited as one of the founders of philosophy then you know you’ve done good! A somewhat enigmatic figure, we know him through the recollections of his pupils like Plato best. Perhaps his biggest contribution was the still used currently ‘Socratic Method’ especially in teaching. This maintains that it is best to learn through discussion and answering questions on the subject as this encourages a deeper insight into the issue at hand.
Socrates as a philosopher focused very much on the individual which was a change from the common view of the time which focused on the outer world more. He believed that ultimate wisdom would come to the person who knew themselves best as the person who could reason would naturally make better choices. He also came up with the Theory of Knowledge and the Theory of Human Nature which were very influential ideas in philosophical history.

Without the advanced thinking and theories of the above, the world we live in today would be quite different. The deep thinking and reasoning that philosophy demands naturally leads to profound conclusions as reached by the people on our list. Next time you have a quiet five minutes, why not see what you can come up with?!