When it comes to destructive and brutal wars then World War I was certainly up there with the best. While World War II had the horrors of the Holocaust and later wars like Vietnam saw new ways of mass killing invented, WWI saw its fair share of carnage too.
Although the assassination of Archduke Franz Ferdinand of Austria kicked it off, in truth it had been brewing for a while. Many of the countries involved had been busy expanding their empires in alliance with other countries in Europe in the preceding years. This mean that, when it all came to a head, more countries were dragged into it then really necessary.
Here are ten of the most little-known and brutal facts about WWI.

10 – Russia Knew It Would Be Complete Carnage 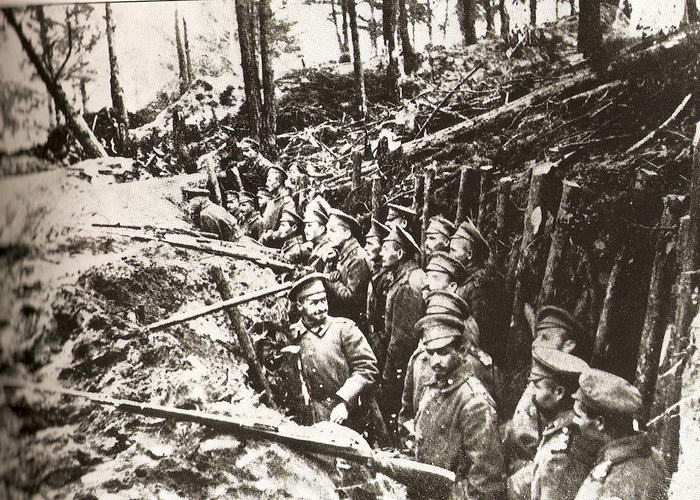 WWI officially began in July 1914 when Austria-Hungary declared war on Serbia. This was in revenge for it being a Serbian national who killed Archduke Franz Ferdinand. This alarmed Tsar Nicholas II of Russia who knew what this could mean for the whole of Europe. Once the countries that Austria-Hungary and Serbia had alliances with were forced into the conflict, it would spell disaster. With this in mind, the Tsar sent a message to Wilhelm II of Germany to do all he could to stop the war. Obviously, his pleas fell on deaf ears! 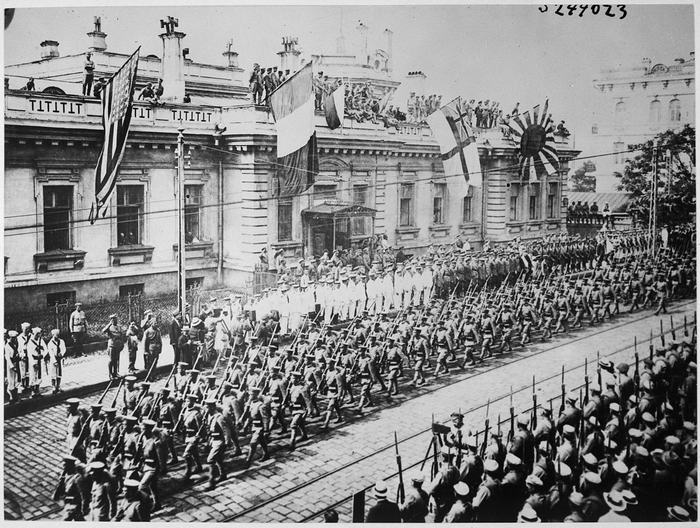 Communism was only able to take hold in Russia because of the rise of Vladimir Lenin. In turn, his rise was only allowed to happen due to the Russian revolutions of 1917. The Russian Revolution only happened because of the after-effects of WWI on Russia.
The Great War as it was known really trashed Russia’s economy and the state of the whole country. Not only that but it was an unpopular war that the average Russian did not want to be involved in and did not think they could win. All this led to widespread protests against Tsar Nicholas II which saw him have to abdicate from power. These protests swept Lenin and Communism into power in his place and saw Russia pull out of the war.

08 – The Three Main Players Were Ruled By Cousins 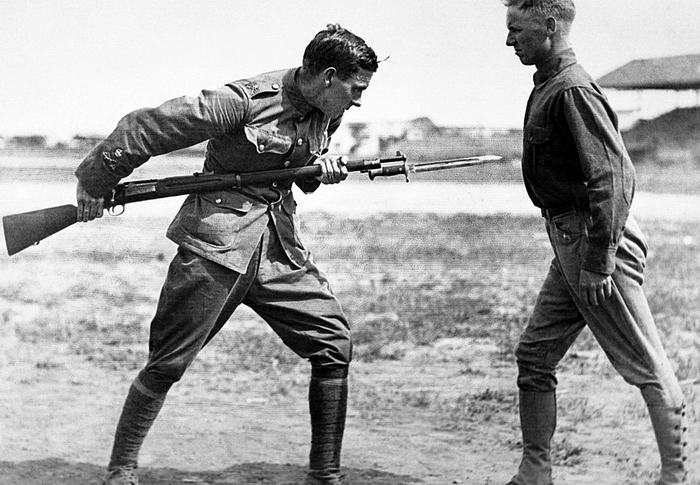 Bayonet – By Not specified [Public domain], via Wikimedia Commons

Of all the countries involved in WWI, the main three players were Germany, Russia and England. What is really interesting is that the Kings of all three countries were cousins! Unfortunately, this did not stop the war happening or them facing each other. King George V of England, Tsar Nicholas II of Russia and Kaiser Wilhelm II of Germany all had common lineage, mainly through Queen Victoria of England.
It seems that the three rulers were actually against going to war, knowing how bad it would be for all countries who took part. The problem was that, by the time it became a pressing issue, they were powerless to stop it. Greedy arms dealers and army generals had taken over public opinion and drove Europe to its fate. The various alliances all had also made it an impossibility that they could avoid war. 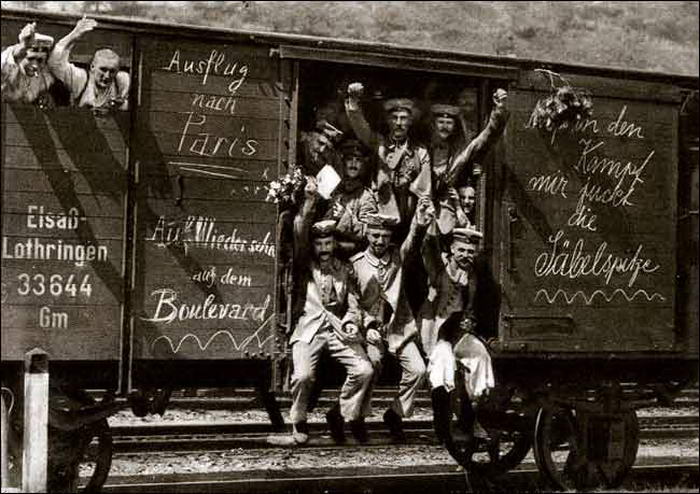 The USA entered the war in 1917 when it declared war on Germany. At the time, German was widely spoken in the US and German was taught in schools. This was stopped almost overnight. German speaking was banned, and schools took German off their curriculum. Famous German dog breeds such as the Daschound and German Shepherd were re-named to remove any German association. Even German food like Saur Kraut was give a different name to remove its German origins.

06 – It Led To The Collapse Of Some Ancient Empires 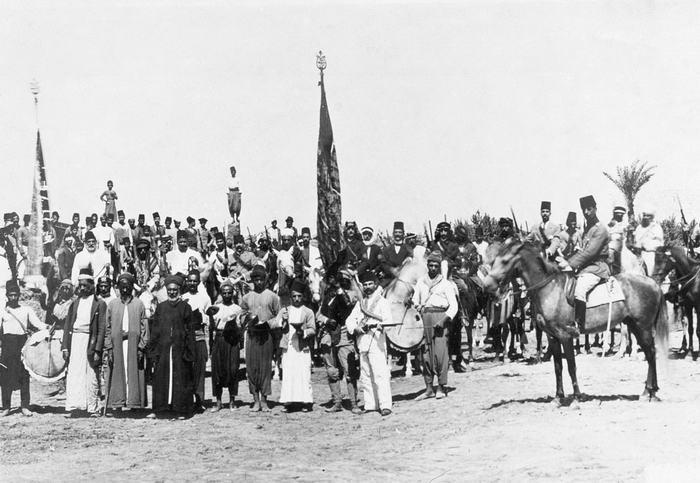 Once there were some very famous and large empires in the world of which The Ottoman, Russian and German were hit the worst. Come the end of WWI, the agreements put into place saw these empires lose large tracts of land and borders around Europe along with Asia re-written. The Ottoman Empire was arguably hit the worst of the lot.
They had masses of land taken away from them in modern countries such as Albania, Algeria, Croatia, Greece, Hungary, Iraq, Romania and Turkey. This is only a small part of the list showing land that was taken from them to form modern countries! Russia saw Poland become independent from its empire where Germany saw Austria-Hungary split into Austria, Hungary, Czechoslovakia and Yugoslavia.

05 – Tanks Were Developed For WWI 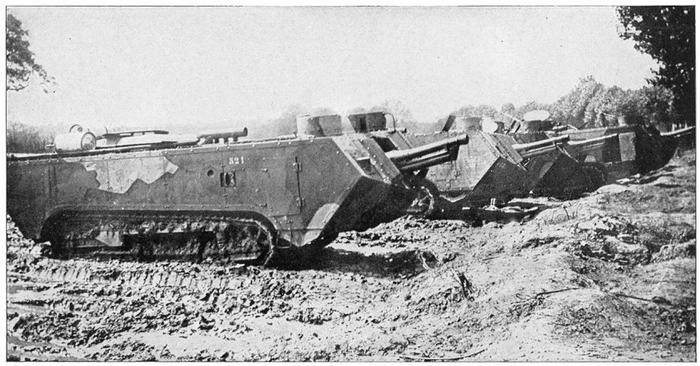 Chamond – By The original uploader was Ericd at English WikipediaLater versions were uploaded by RJHall at en.wikipedia.(Original text: Halsey, Francis Whiting,) [Public domain], via Wikimedia Commons

When it comes to the brutality of war, the ways which man invented to kill other men stands out. A common battlefield staple now, the tank was developed during WWI. It was intended, as now, to give a safe way to advance across the battlefield and kill enemy troops. It was also hoped that it would end the mass killing and stalemate that trench warfare had seen in battles. Known originally as land ships, they were successful in their aim although did usually suffer from problems that saw them break down often. 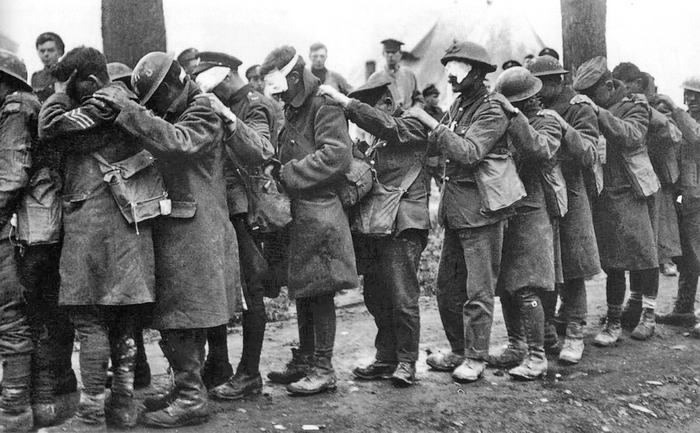 As noted above, WWI was mostly known for senseless and depressing trench warfare tactics. This saw the opposing armies dig trenches into the land which soldiers would live and fight in. The aim was to gradually move the trenches forward and take the enemies land as a result. Unfortunately, what usually happened was that troops would be sent on frontal assaults into no-mans land and get slaughtered. WWI saw the first-use of machineguns which made these frontal assaults fruitless and a suicide mission. 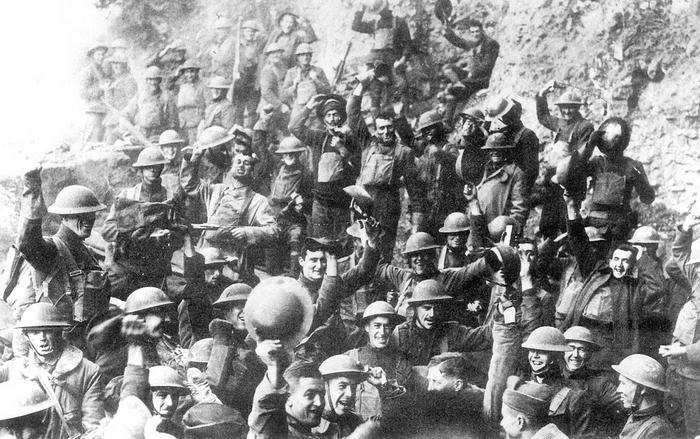 With this point you have to remember that there had never been a world war before. This meant that no-one knew to call it this when it was happening. They simply gave it another name as they had done for previous wars, like the Boer or Crimean wars. At the time, The Great War was the most popular although in America it was known as the European War for a time. The name World War I only came into popular use in 1917 when the US media used it extensively. 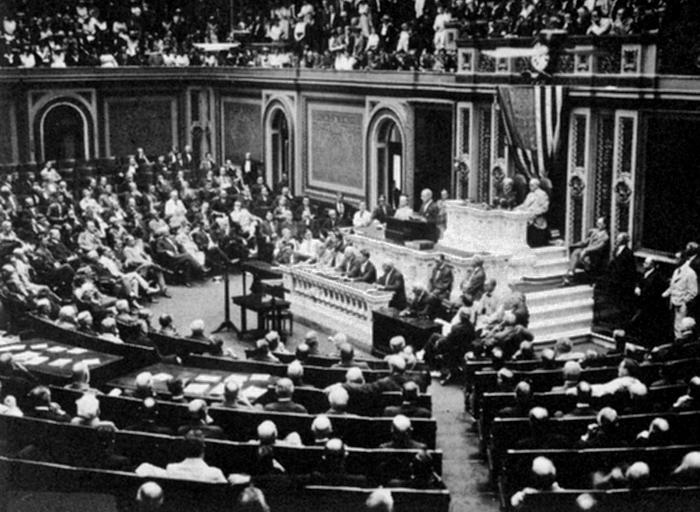 Interestingly, before the war started, the USA was not the biggest superpower in the world. By the time, it finished this had all changed though. The issue was that the cost of the war wrecked the economy of the countries involved. Although the US did enter the war, the cost to their economy and industry was not as great. In addition, the USA was actually the main supplier of arms and ammunition to the major European powers which saw them make huge amounts of money. By the end of the war, the countries who couldn’t pay for what they had used were left in the USA’s debt. 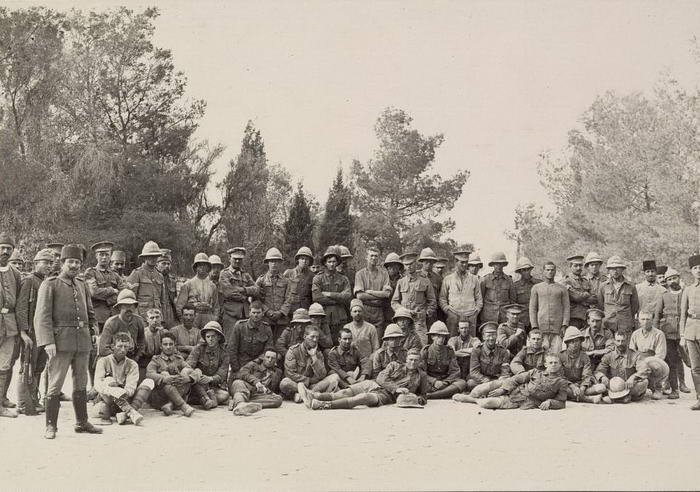 Probably the most brutal and sad aspect of WWI was that it laid the foundations for WWII. At the end of WWI, Germany was defeated and made to sign the Treaty of Versailles by the victorious countries. This not only made them agree to pay back extortionate amounts of money to help re-build Europe (so large they only finished paying in 2010!) but also accept total responsibility for the whole affair. The allies believed this punishment so harsh that they would never dare to think of waging war again.
Whoops is probably the word to use here! Instead it plunged Germany into an economic depression which set the scene for Hitler to rise to power. He taped into the average German’s resentment over their treatment at the end of WWI and they loved the way he fought against this injustice on their behalf.
When you look at the list of what WWI saw and also what it set up for the future, it is certainly one of the saddest periods in recent world history. While immediate lessons were not learnt, it has to be hoped that such terrible conflicts will never be seen again on our planet. For any world leaders who may be tempted to risk millions of innocent lives, they would be wise to look back in their history books first.