John Sokol (Canton, Ohio 1947) is a famous writer and painter from United States, Akron. In this inspirational project, Sokol created an amazing collection of portraits. Portraits of world’s most famous writers. And he just used their own words, not any other lines. In his ‘’Word Portraits’’ Sokol uses lines from some of their most popular works to outline their faces, and recreate lines and wrinkles.
Check out 10 Most Novelistic Portraits Made Of Words By John Sokol. Don’t forget to visit his official website to see more from his portfolio. 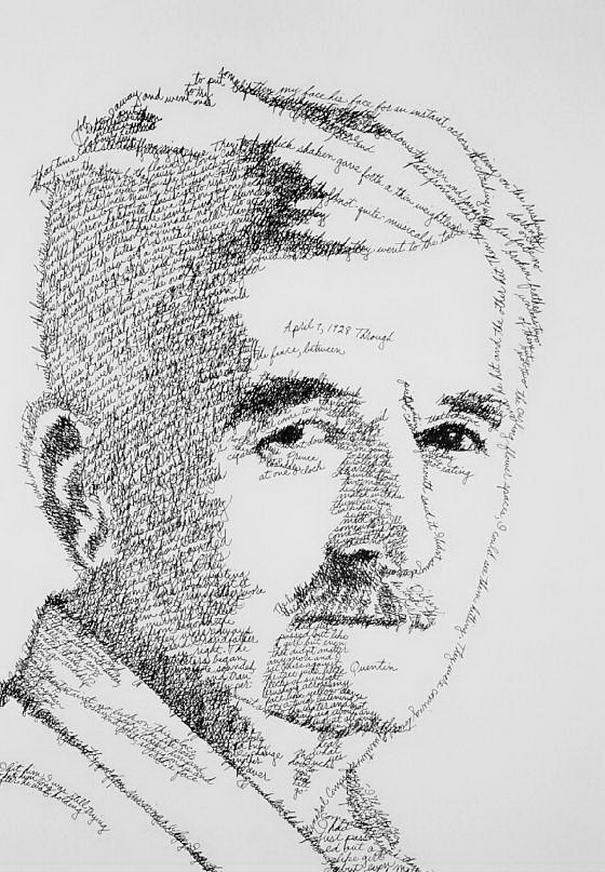 Wm. Faulkner as The Sound and the Fury 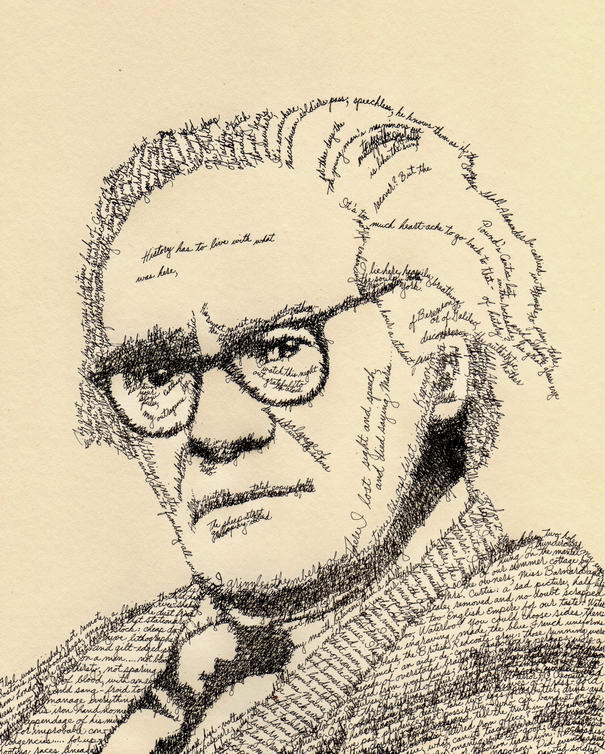 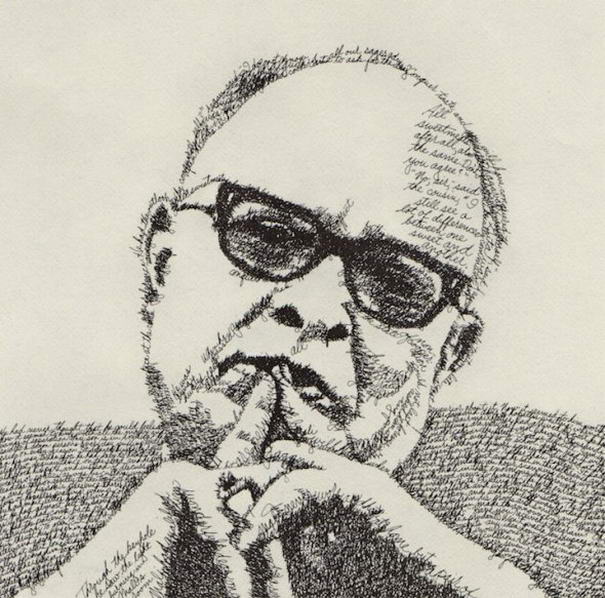 R. K. Narayan as The Vendor of Sweets 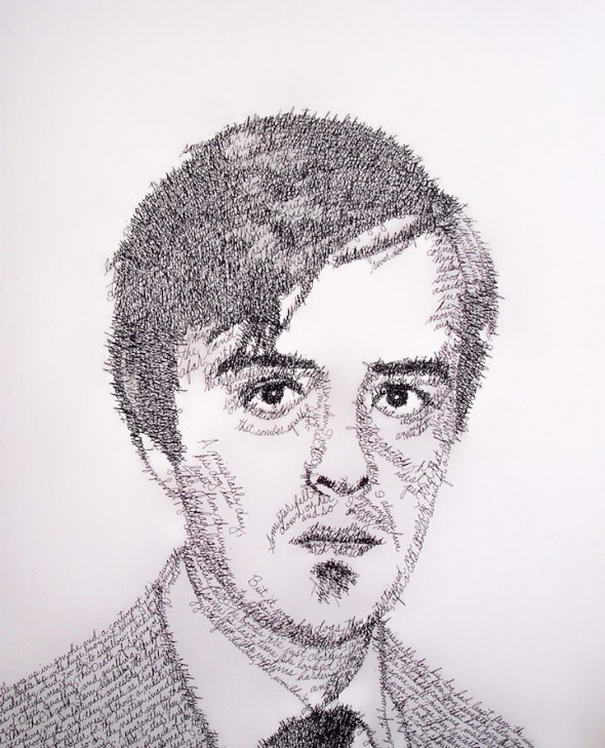 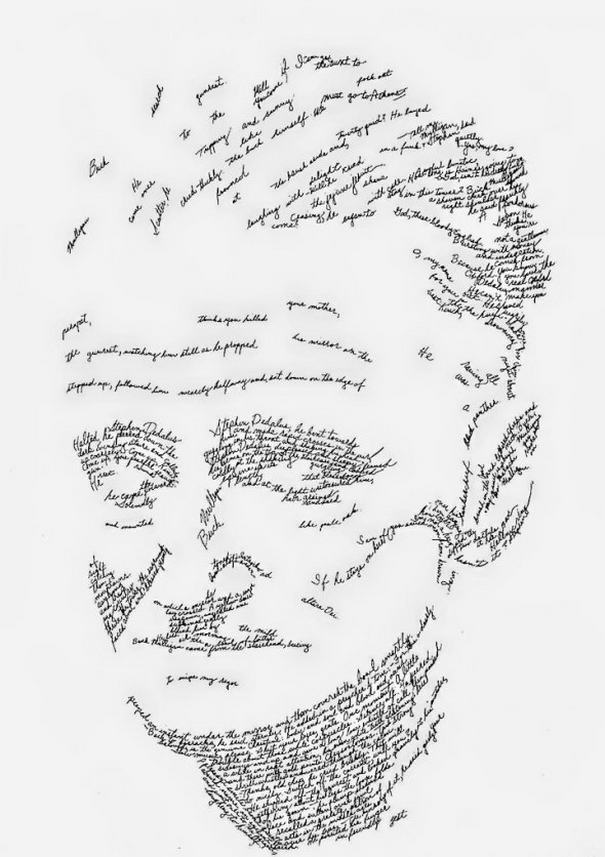 Ezra Pound as The Cantos 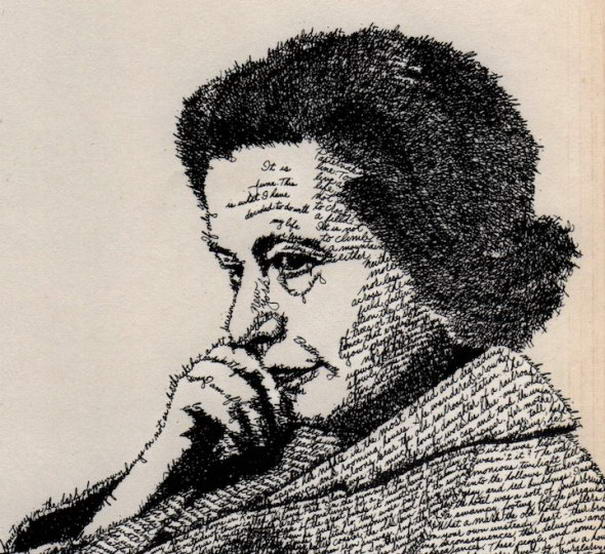 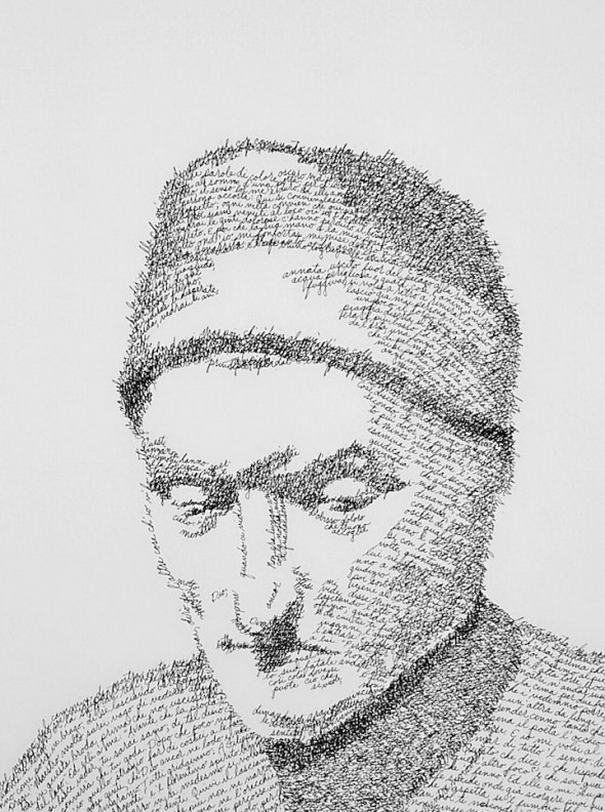 Dante as The Inferno

01 – Charles Darwin as The Voyage of the Beagle 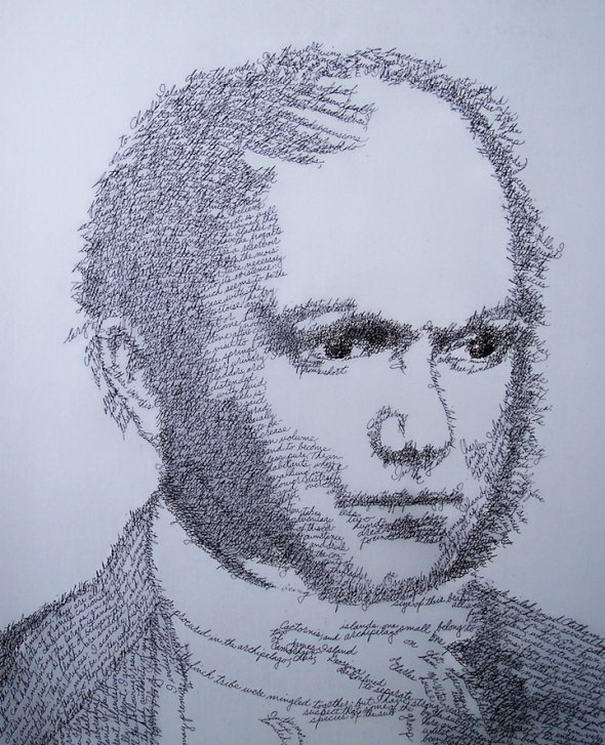 Charles Darwin as The Voyage of the Beagle