Fin DAC is a London-based graffiti artist who is famous with his portrait works. In his urban art career, Fin DAC has defined and perfected an atypical paint/stencil style that ignores the accepted visual language of street art almost completely. He calls it Urban Aesthetics. Also he had commercial works which includes commissions for The Royal Albert Hall, Armani, G-Star, Red Bull and Jaegermeister.
Check out 10 Most Beautiful Examples Of Street Art Portraits By Fin Dac. You can find the links of his official tumblr blog and flickr profile at the end of the post. 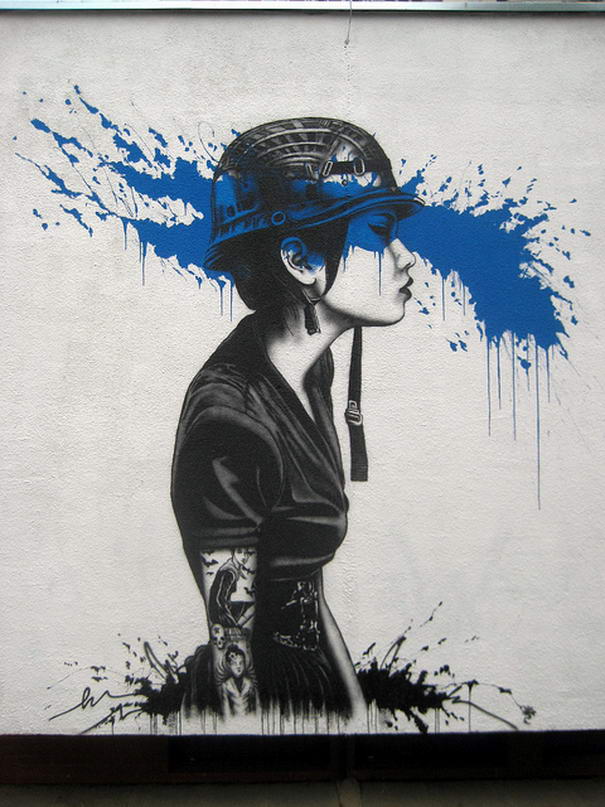 09 – Alabaster at Nagai By Fin DAC 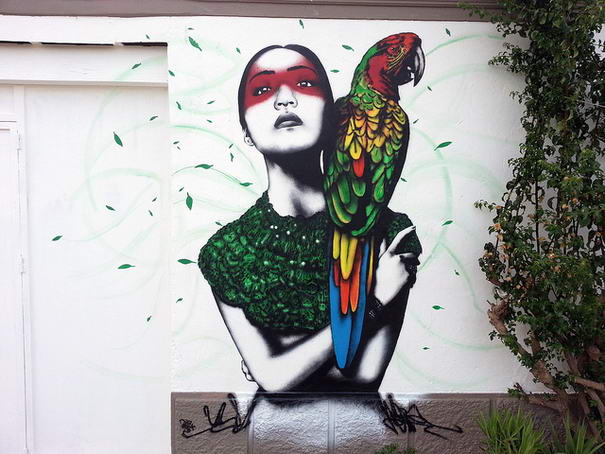 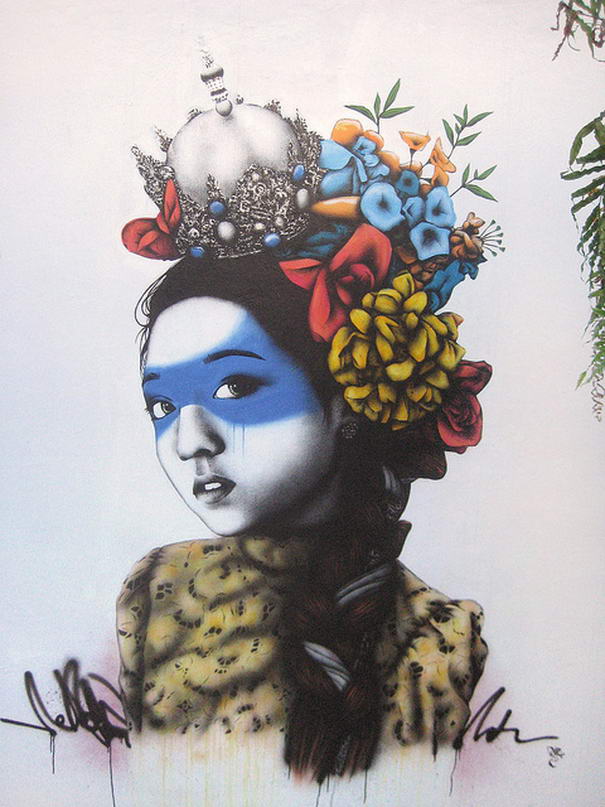 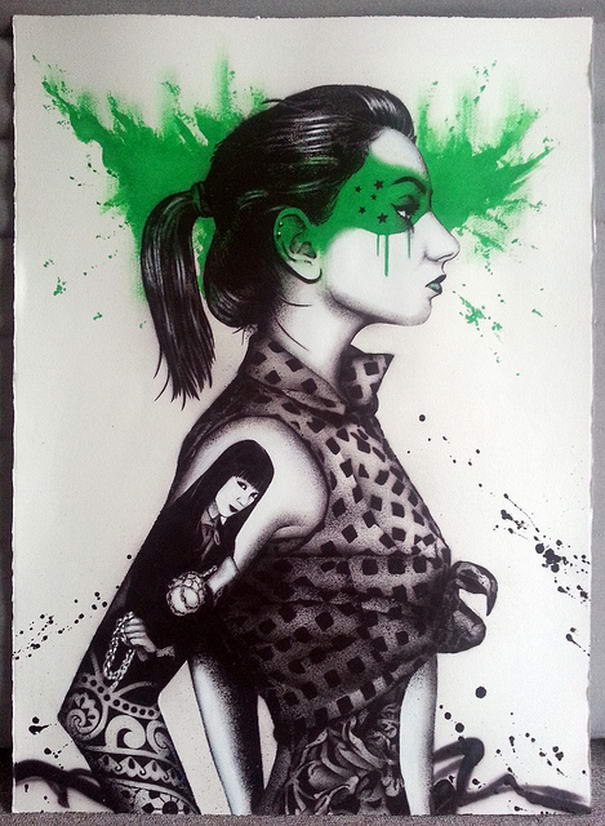 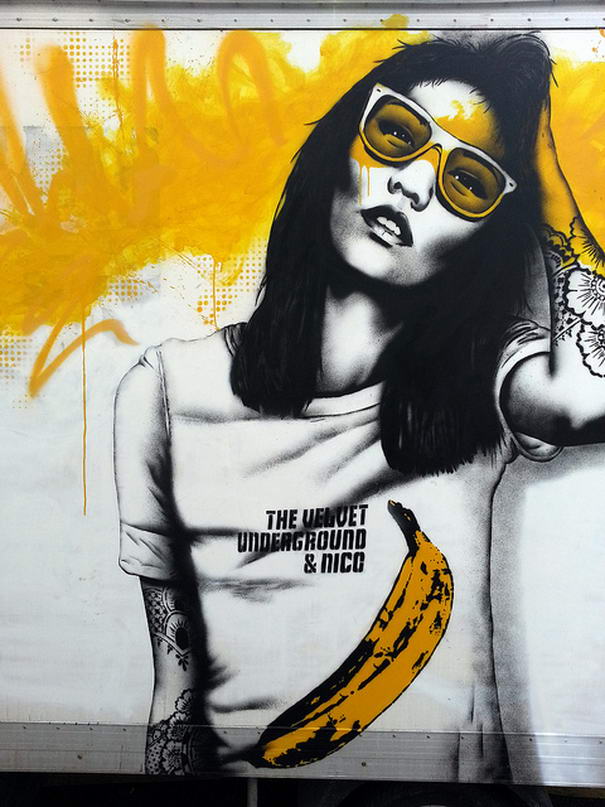 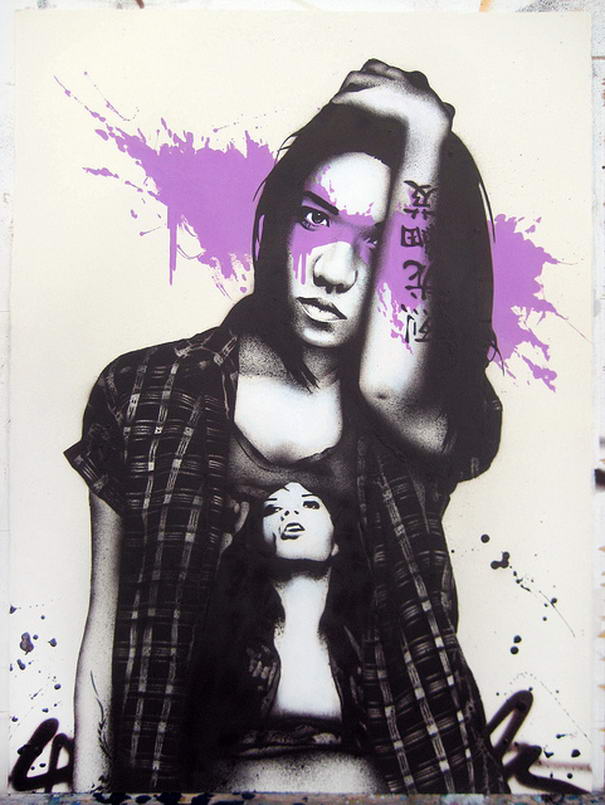 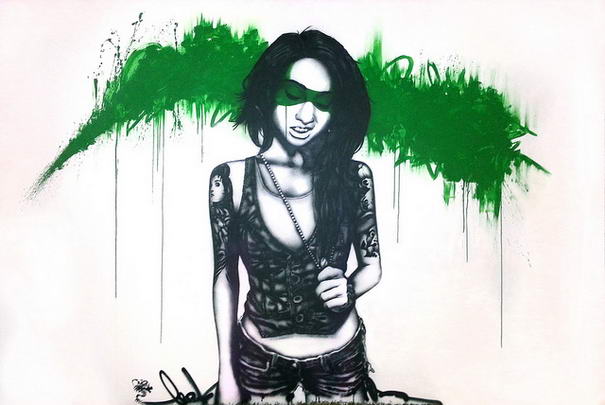 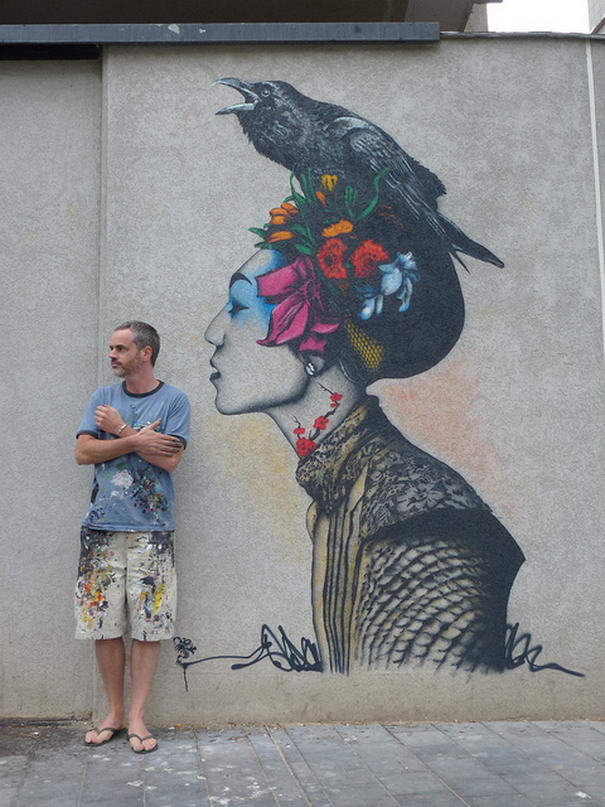 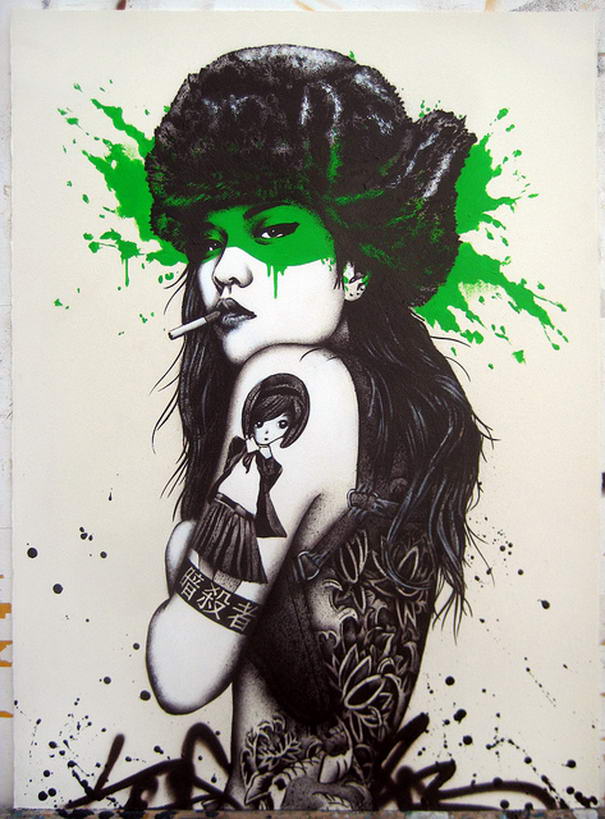 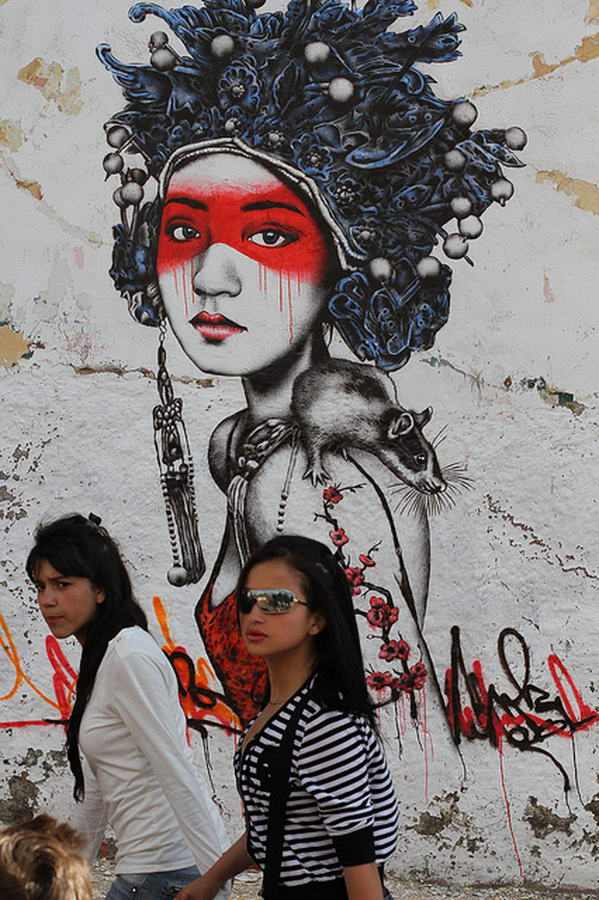