Music is a key part of life and something we all love. Whatever genres you like, it is a good bet that music plays some role in your daily life – even if you just sing in the shower. Over the years, there have been some great bands and solo artists who have produced extraordinary music to enjoy. This was certainly the case in the 2000’s, when the world music scene was in fine fettle.
But which were the ten most memorable albums of the 2000’s? 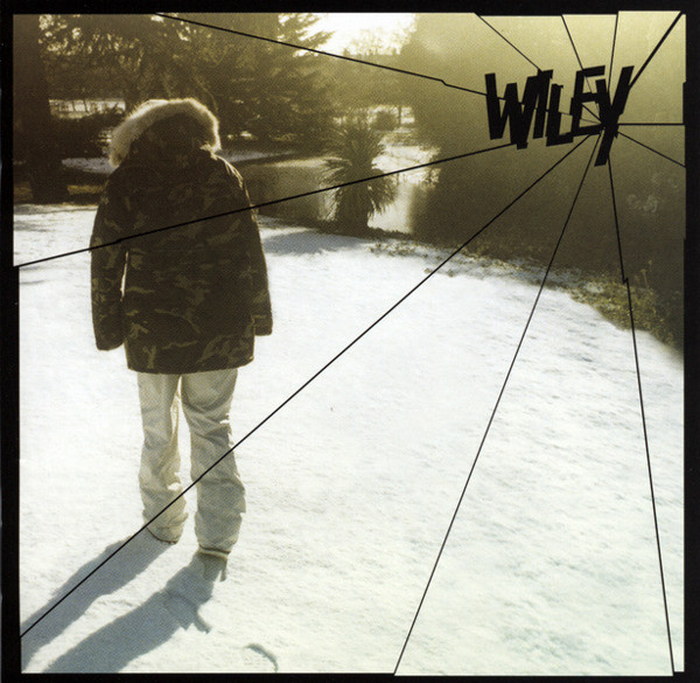 While Dizzee Rascal’s debut ‘Boy in Da Corner’ might have being more successful, it was Grime music’s originator Wiley who made the most memorable piece of work in this genre during the 2000’s. ‘Treddin on Thin Ice’ was released around the same time in 2004 but just felt fresher and more creative.
Wiley’s production skills are largely to thank for this and he really shows why he is so revered as a music producer. From quick-fire beats to catchy synths and booming sub-bass, he manages to create tracks which appeal to the radio and underground. ‘Wot Do U Call It?’ is a jittery masterclass in music politics, while the terrace chant stealing ‘Pies’ is catchy and distinctive. Of course, the glue which holds the album together is the smooth flow, witty lyrics and charisma of Wiley himself. 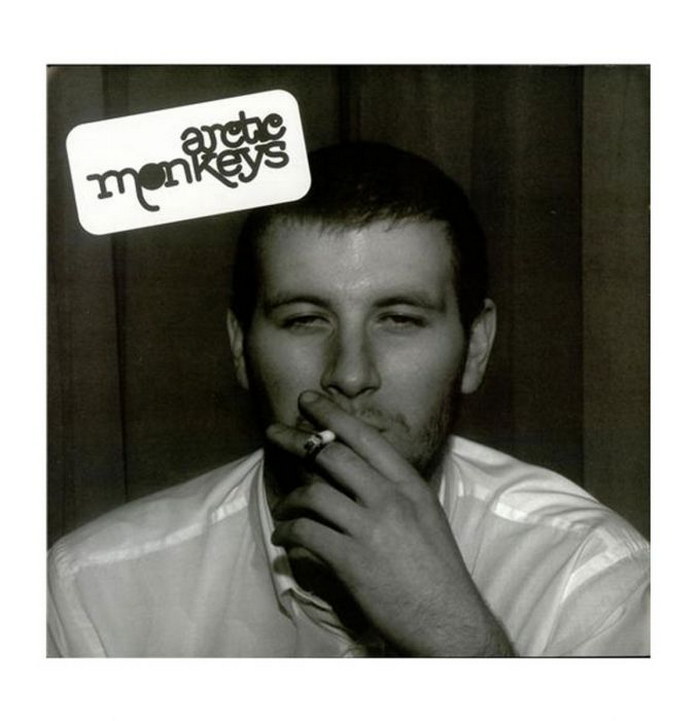 Heading towards the latter part of the 2000’s, guitar music seemed in something of a rut. With no new bands to champion, the scene was lost. Then the Artic Monkeys arrived. Their insanely catchy debut single ‘I Bet That You Look Good On The Dancefloor’ found a legion of fans for the Sheffield based band. Combining witty lyrics of everyday life with strong melodies and fizzing riffs, it summed up what this group were all about. Their 2006 debut album not only included this hit but also other indie classics like ‘When The Sun Goes Down’ and ‘Mardy Bum’. As such, it is a bona fide 2000’s winner. 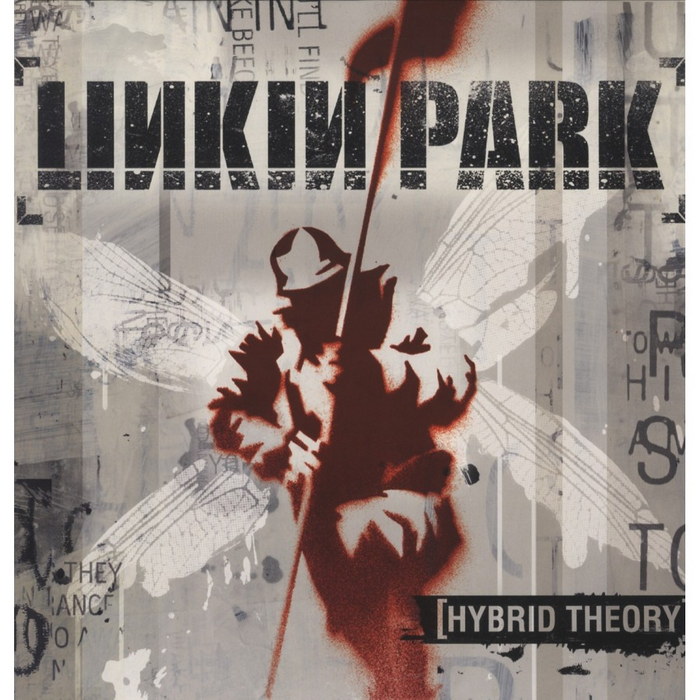 In terms of raw emotion, cutting honesty and inspiring introspection, few bands can match nu-metal pioneers Linkin Park. Although lead singer Chester Bennington is sadly no longer with us, his message and talent lives on in this collection of songs.
The song-writing here really is top notch and Bennington’s lyrics sum up the frustration of outcasts everywhere. ‘In The End’ is perhaps the pick of the bunch and uses loud guitars, pummeling beats and engaging themes to great effect. Special mention should also be given to tracks such as ‘Crawling’ and ‘Papercuts’ which also grab the attention and don’t let go. With Mike Shinoda’s raps and turntable scratching used to give the songs a modern edge, never did cold, hard fury sound so cool. 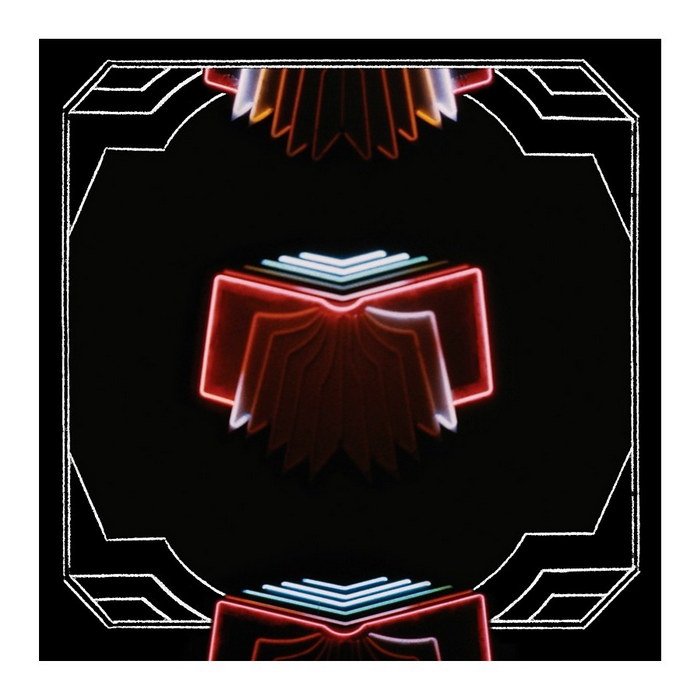 Hitting in 2007, this masterpiece from alt-rockers Arcade Fire was a delight. Although many wondered how they would follow up their previous record, they managed to not only do this but also better it. In turns melancholy and reverent, this was an album which begged to be listened to in solitude with headphones on. The production really stands out and makes it even more mesmerizing. From the church organs on ‘Intervention’ to the mandolin vibes of ‘Keep the Car Running’ a variety of instrument are present to add extra depth to songs. 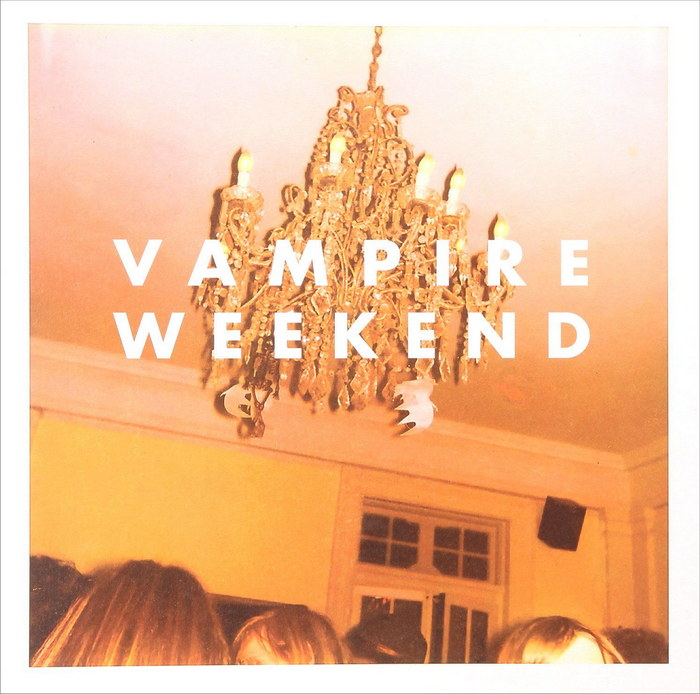 As the 2000’s drew to a close, there was still no shortage of memorable albums to enjoy. Vampire Weekend’s eponymous debut was certainly a case in point. From its sense of geeky charm to its air of academia, it seemed so refreshing compared to other bands around at the time. When you also chuck in punky rhythms, Afro-beat influences and ska guitars, then it gets even better. It is also notable as an album with no filler – although hits like ‘Oxford Comma’ or ‘A-Punk’ might have drawn people in, album cuts like the infectious ‘I Stand Corrected’ rewarded listeners too. 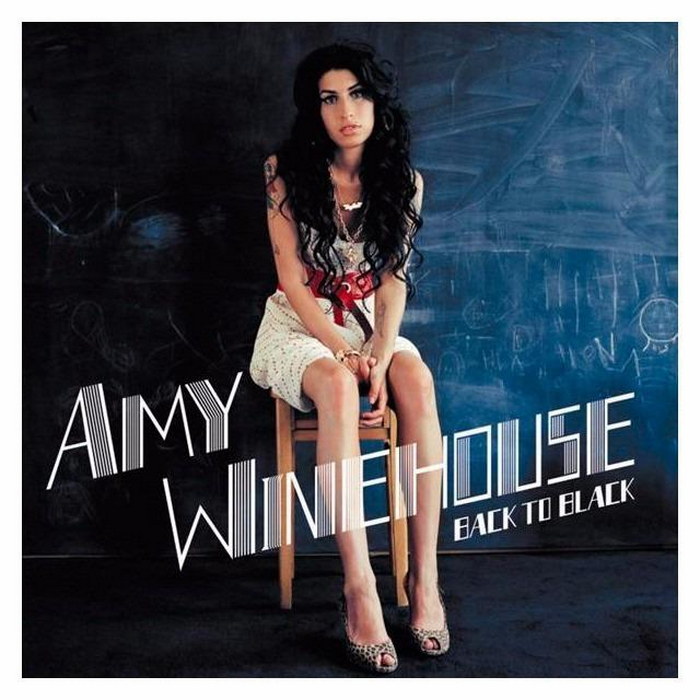 Another superstar who we have now lost is singer Amy Winehouse. She really was a special talent and one listen to 2006’s ‘Back to Black’ shows why. Of course, it is her voice which is the main attraction here and which brings this album to life. Her witty, smart lyrics are all delivered with a level of cool sass which is hard to resist. Producer Mark Ronson does his bit too and uses his experience to give the album a retro feel but without it being twee. Fusing elements of jazz, soul and pop, tracks like ‘Rehab’ and ‘You Know I’m No Good’ hook you in and never let you go. 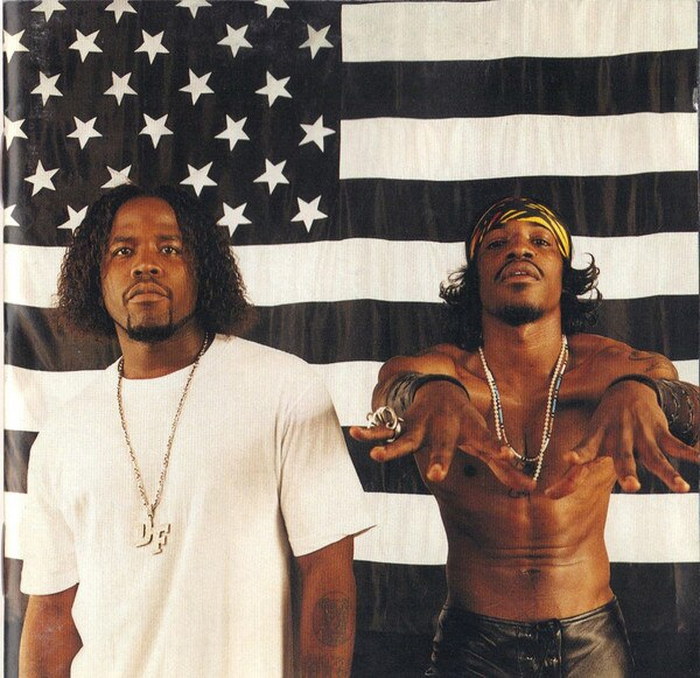 The year 2000 saw many huge events unfold but the release of Stankonia by talented, creative rap gods OutKast is worth a mention musically. Coming out on LaFace records, it is considered to be the group’s edgiest and most inspired collection of songs. It is also a groundbreaking record for the mixture of styles it brings – from pure hip-hop to techno, jazz and pop. All the lyrical wit you would expect from Big Boi and Andre 3000 are here too which is a delight. The urgency and guitar riffs of ‘Gasoline Dreams’ are a highlight while smash hit ‘Ms. Jackson’ will remain in your brain for weeks once heard. 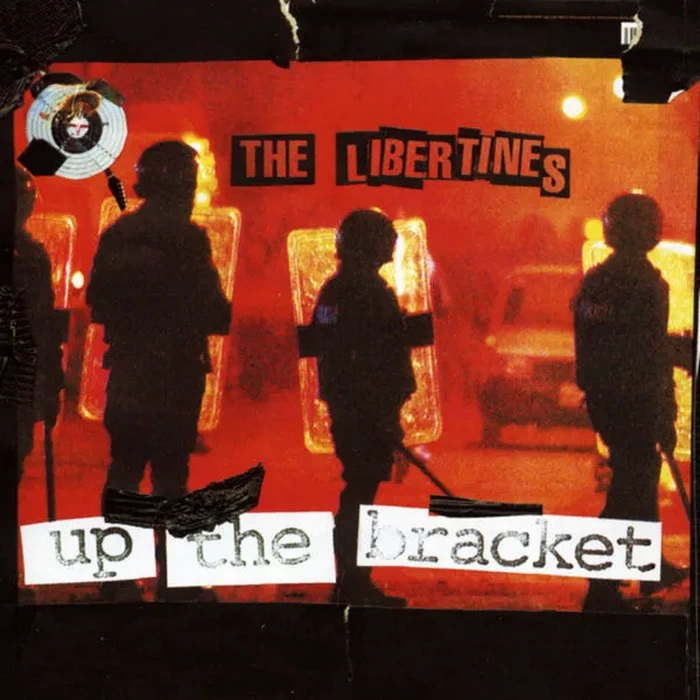 One of the biggest bands during the early/mid 2000’s was The Libertines. Most of this was down to the stunning impact made by their memorable debut album, Up The Bracket. Released in 2002 on Rough Trade, it not only showcased their anarchic, raw sound but also the engaging lyrics of frontman Pete Doherty.
Tracks like ‘Vertigo’, ‘Death on the Stairs’ and ‘Horrorshow’ drew listeners into a vision of worn out London with its cast of down and out characters. This was not miserable music though – Up The Bracket’s songs have energy, great riffs and a life-affirming quality to them which has stood the test of time. It has in fact lasted a lot longer than the band who made it! 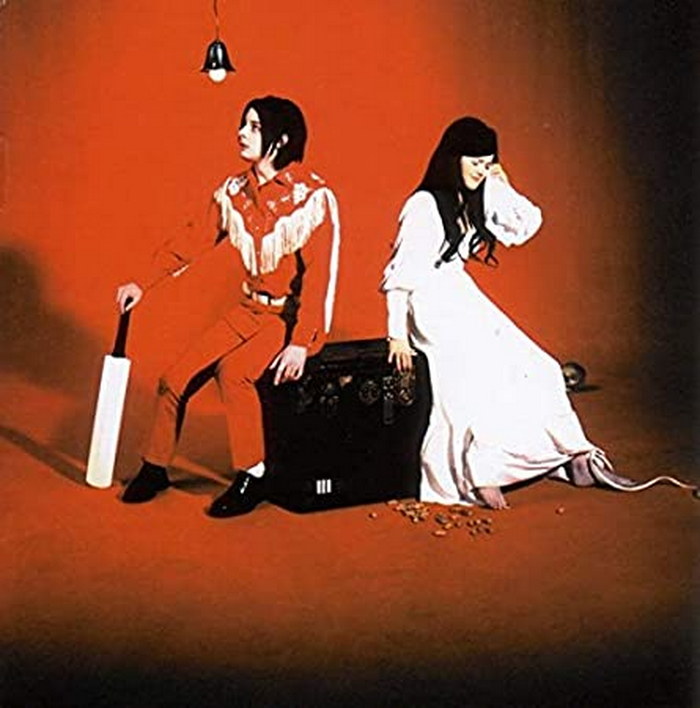 Mixing hard-edge rock with blue-style elements, The White Stripes were a major force in the 2000’s. While they had a few albums in that decade which could make out list, 2003’s ‘Elephant’ is the pick of the bunch. It was the band’s first album on a major label (V2) and so anticipation was high. To say they delivered is an understatement!
Taking the low-fi noise which had gained them a loyal following previously, they refined it further to give 14 tracks of garage rock beauty. The raw edges of this album were helped greatly by the antiquated gear White used when making it – from a duct taped 8 track recorded to pre-1960’s gear! If one song summed this album up, it is the swagger and menace of mega-hit ‘Seven Nation Army’. 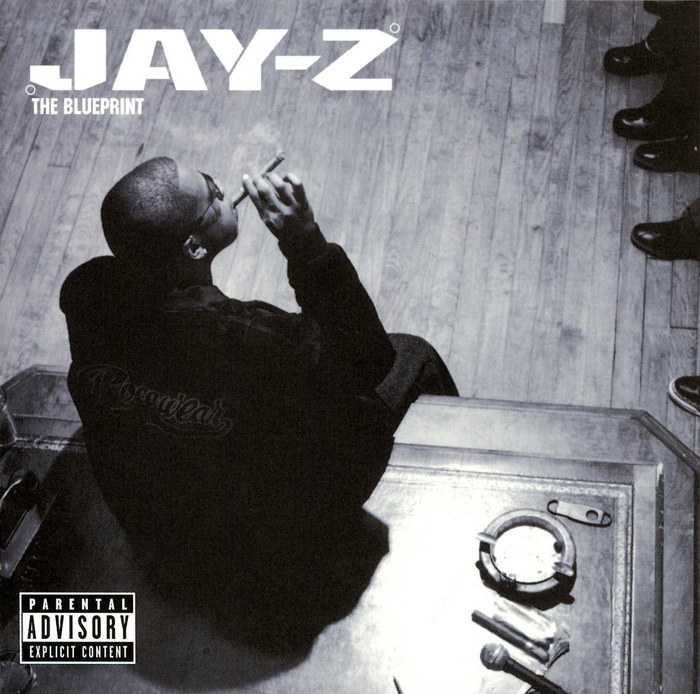 Everyone knows that Jay-Z is a huge global superstar now with many hit singles and albums to his name. By the time the 2000’s rolled around, he had already made his name in hip-hop with albums such as ‘Reasonable Doubt’ and ‘The Dynasty’. ‘The Blueprint’ came out in 2001 and only cemented his status as a rap great.
Full of the clever lyrics and the precise flow you expect from the Jiggaman, it perfectly blended hardcore rap tracks with more mainstream hip-hop songs. This album was also notable for an appearance by Eminem and the high-level production it featured. Selling in the millions, it contained Jay-Z classics like ‘Izzo (HOVA)’ and ‘Girls, Girls, Girls’.
As the above shows, the 2000’s really were a golden age for music lovers. It was also a decade which showed the variety within music and how great albums from different genres could be. If you want to step back in time to enjoy some top-class tunes, any of the above are worth a listen.