Aleister Crowley was at one point the most controversial, subversive and dangerous character in England. Indeed, he made a splash much further than the borders of that island with his occult teachings and mystic behaviour. Known around the globe as ‘The Great Beast 666’, his outrageous life was both fascinating and scary to many.
Here are ten of the most amazing facts about the man: 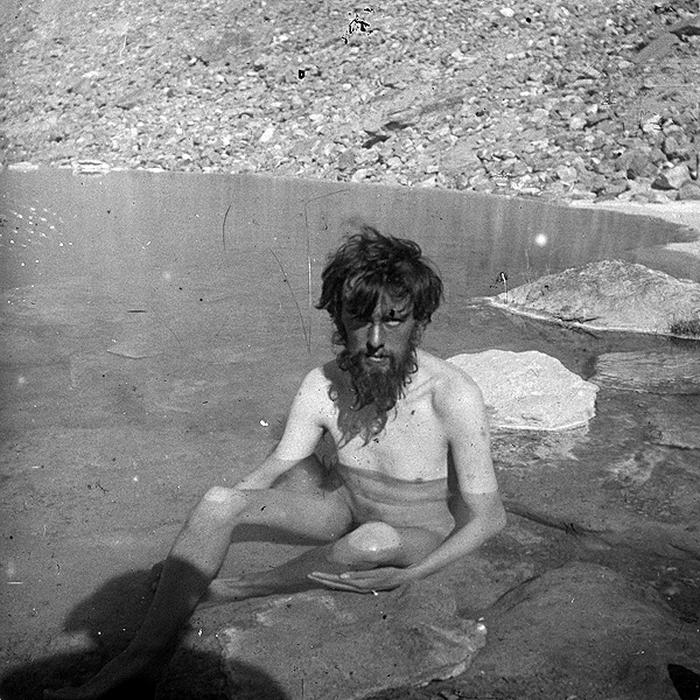 It seems that Crowley had a fascination with sex from an early age. Although he would have intimate relations with both men and women, it was a woman he lost his virginity too. This happened at just age 14 which is obviously far too young! The woman in question was a maid at the family home who Crowley made love to on his parent’s bed. When they found out, they were naturally furious and fired the poor maid. It is said by some that she embarked on a downward spiral of alcoholism before ending up as one of Jack the Ripper’s victims!

09 – He Studied At Cambridge 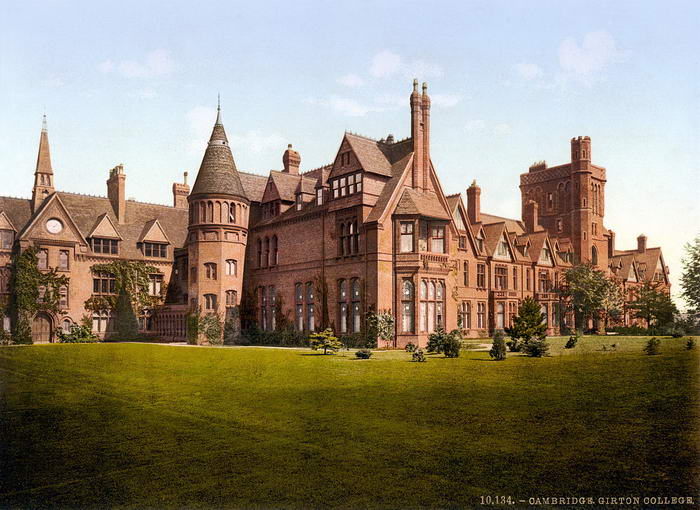 In the world of university education in England, Cambridge University has always been at the pinnacle. It was this esteemed institution that Crowley entered in 1895 to attend a Philosophy course at Trinity College. He soon grew bored though and later transferred to English Literature which allowed him to practice one of his favourite past-times, poetry. This course of study eventually led him to publishing a 100-page compilation of his poems in 1898.

08 – He Was A Member Of A Secret Society 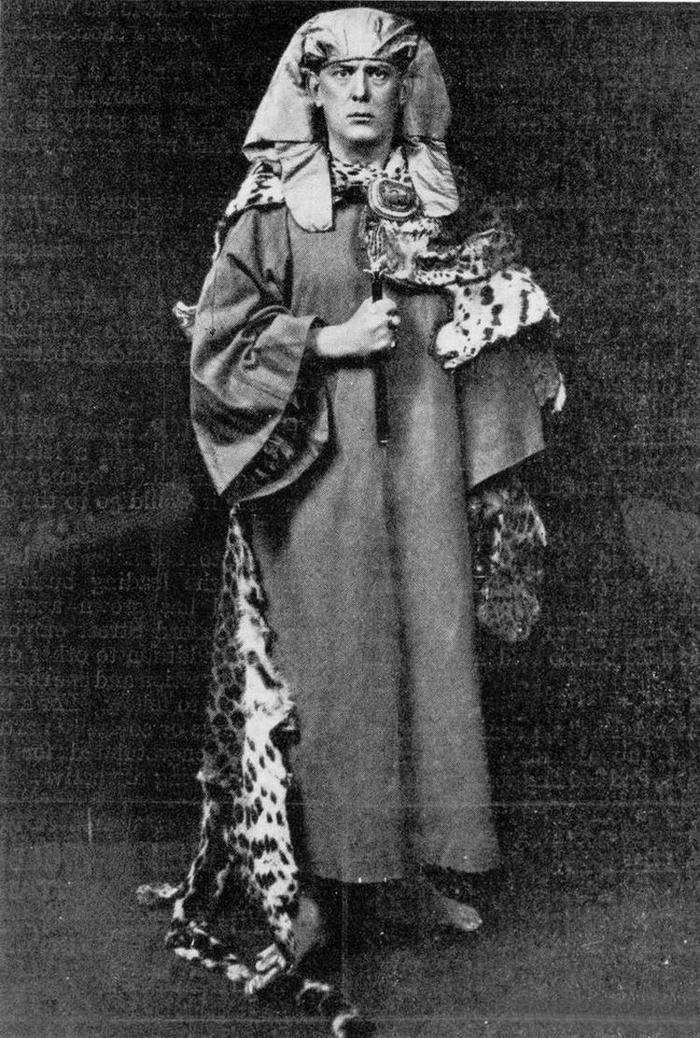 After completing his studies, he joined the mysterious Hermetic Order of the Golden Dawn when aged 23. This ignited his lifelong interest in the occult and mysticism which he would later become famous for. He was not long a member though as he managed to be a confrontational and annoying figure for other members. His most famous exploits whilst in the Order were managing to greatly offend well know English poet, William Butler Yeats. After a few more incidents like this, it was thought that both parties should go their separate ways! 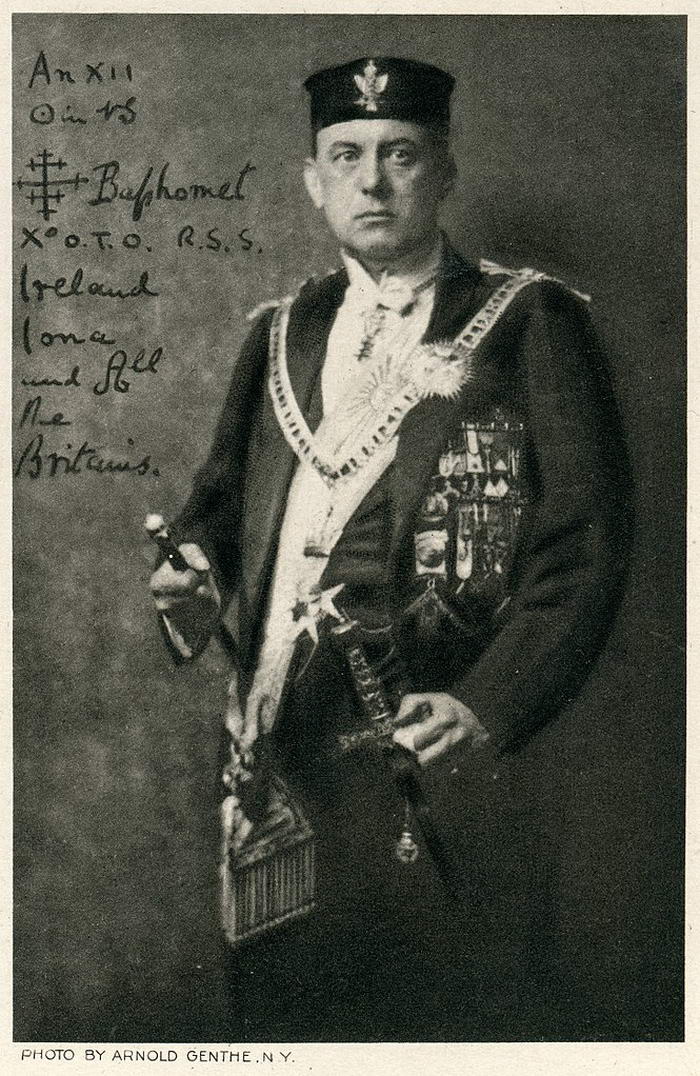 You couldn’t call Crowley a true homosexual as he enjoyed women’s company too, but he did like to get to know men well also. It was his deviant behaviour in this area that is thought to have finally seen him expelled from the Order of the Golden Dawn. Although many members were true benders, they did not like how blatant Crowley was about it all. His very public use of rent boys for example provoked great concern at a time when being gay was not legal in England.

06 – He Believed He Had A Guardian Angel 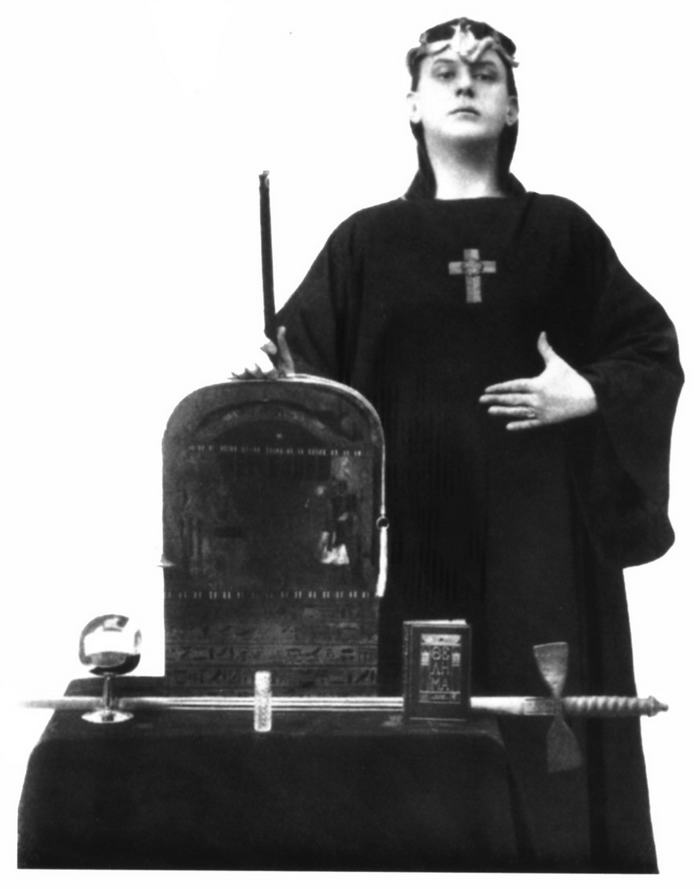 As noted above, Crowley was heavily into the esoteric occult world and as such believe in things like guardian angels. He thought an angel called Aiwass looked over him when alive and made sure no harm would befall him. He also looked to Aiwass for guidance and help with any issues he faced. After leaving the Golden Dawn, he travelled extensively across Mexico, India, France and Egypt. When in Egypt, he had a vision and it was in this moment that he claimed Aiwass revealed herself to him.

05 – It Was Rumoured He Had An Illegitimate Child 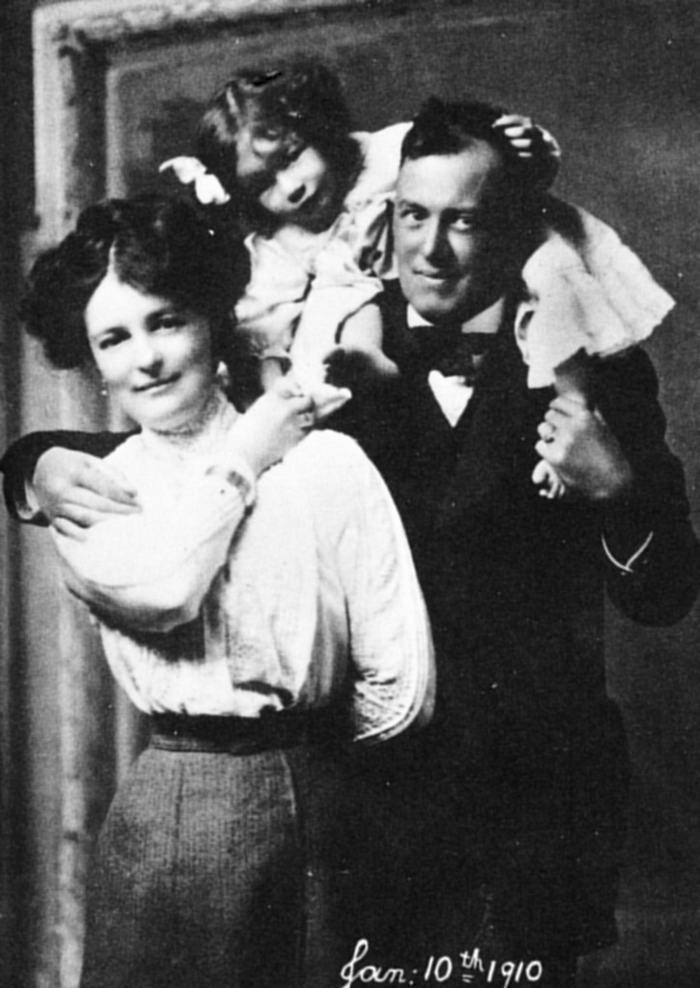 For a man who obviously enjoyed having lots of sex with lots of women, it is perhaps no surprise that he would father an illegitimate child. Amado Crowley has written numerous books on having Aleister as his father and the relationship between them. He claims that his father, Aleister, tutored him on the occult so he could carry on his work. Amado Crowley still teaches the works that Aleister Crowley left behind but many dispute the fact that they are related. Some suspect that Amado is merely using the Crowley surname to garner attention for his own career. 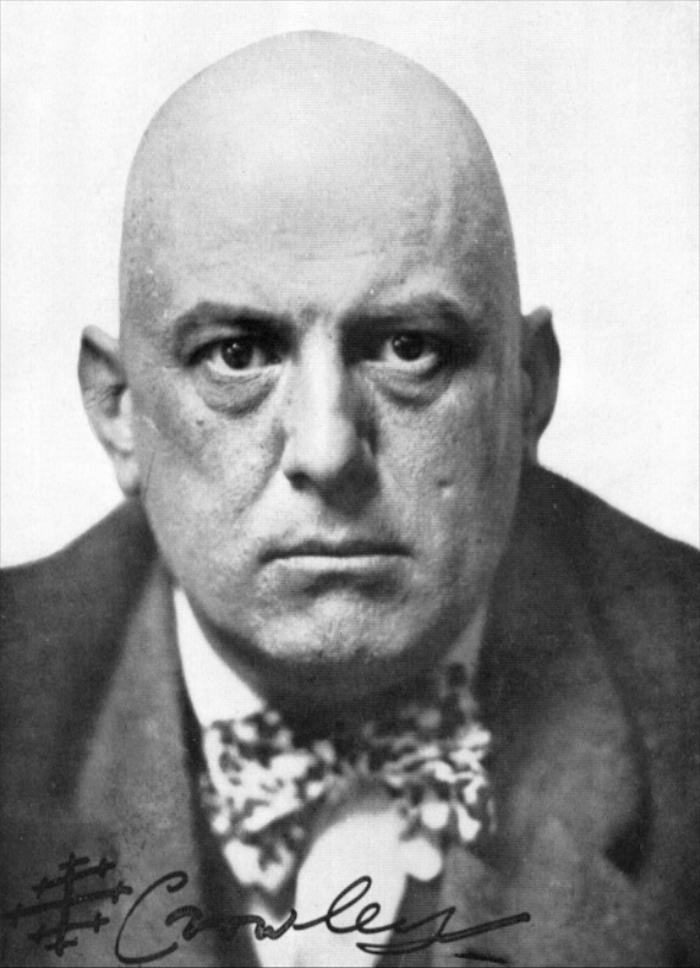 Despite seemingly having a guardian angel to look after him, Crowley actually died alone and with no money. The dates he died are disputed by many, but all agree that he passed away in a boarding house in Hastings in December 1947. It is also accepted that he died a heroin addict also but it is not known if this contributed to his demise. For someone who held such great influence at the time, it is unexpected to find he had no money or friends around him when he passed over. 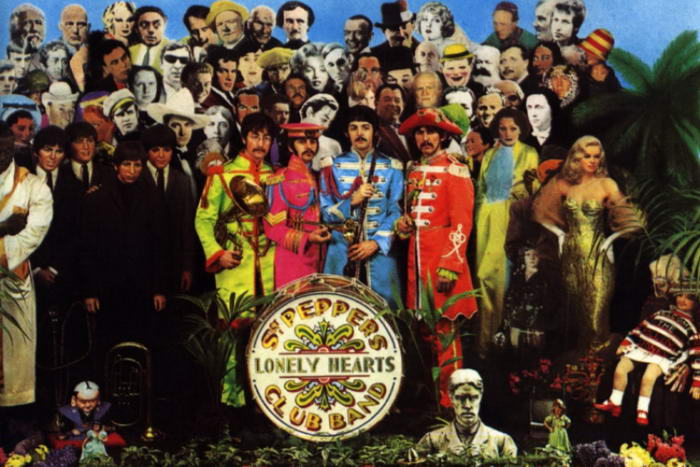 As strange as it may seem for a clean-cut pop band, The Beatles were big Crowley fans. Although not into the occult themselves, it seems they liked his idea of living your life with a sense of freedom. This saw them put Crowley as one of the many faces on the cover of the famous Sergeant Pepper’s Lonely Hearts Club Band album. Found next to Mae West, it was not without some controversy for the band when released. It is not just the Beatles who were influenced by Crowley either in the music business. Musicians like Jimmy Page also paid tribute to the effect his teachings had on them.

02 – He Loved To Climb Mountains 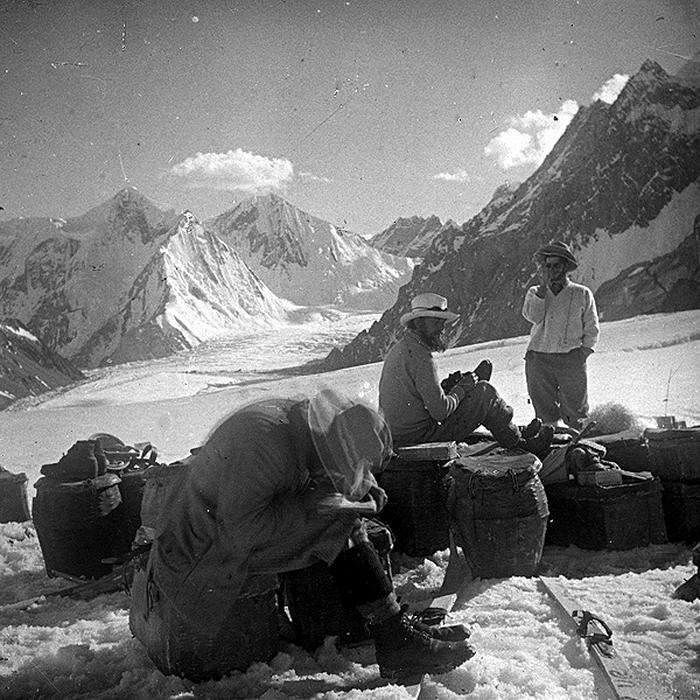 As well as writing poetry and taking large amounts of drugs, Crowley also loved to climb mountains. His achievements in this area included an impressive scaling of the huge K2 peak and the massive Kanchenjunga mountain. It seems that he enjoyed the sense of freedom and danger this hobby gave and liked being at one with nature when climbing up the rocks. Crowley could very often be found in various countries around the world, embarking on his next mountain adventure. 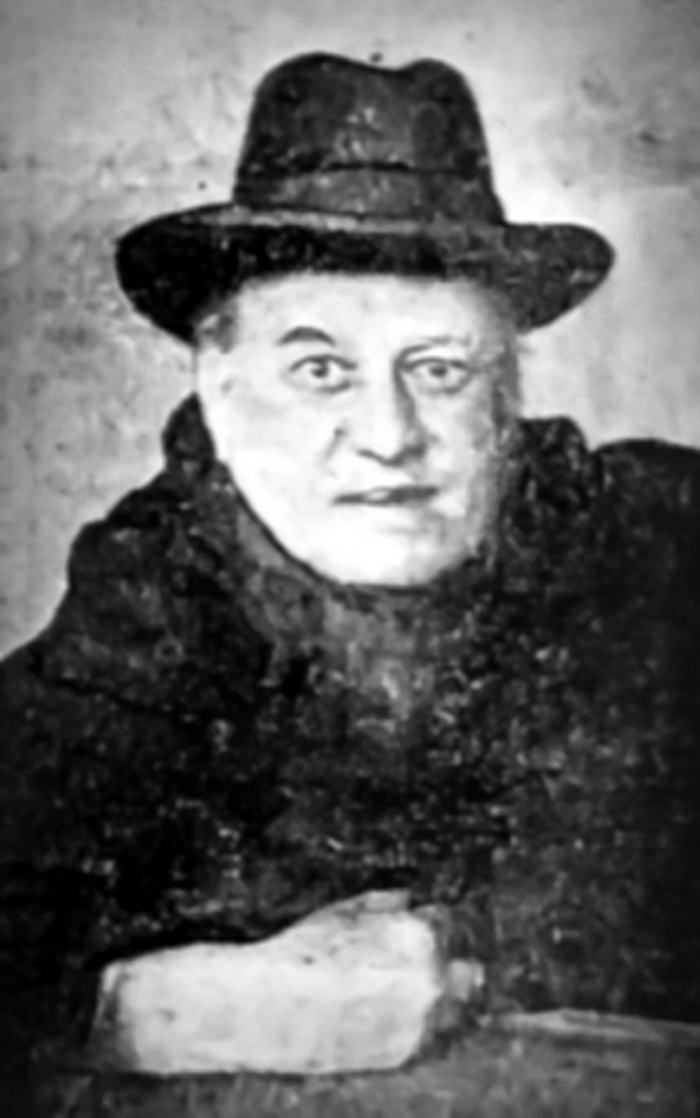 Come his final days, Crowley was in a sorry state. The pain he was in was so bad that he had been getting morphine prescribed from the local doctor in Hastings. Whether he just enjoyed taking it or it was purely medicinal is open to debate! When the doctor refused to give him anymore though, Crowley put a curse on him. The poor doctor died just 24 hours after Crowley did which seems very strange when this story is taken into account!

As you can see, Aleister Crowley certainly packed a lot into his life! From upsetting members of a secret order to setting up his own sect to spread his teachings, he never had a dull moment. While many in the modern age still follow his Thelema teachings, for most he is a complex and interesting character from a bygone age.