We all know lots of weird and wonderful creatures from films like Jurassic Park and The Hobbit but strangely enough they’re not all totally made up! Monsters and animals like those on the silver screen did really exist back in the old days and our ancestors had great fun avoiding them! You had to run pretty quick in those days or you would end up as meal for one of them which was not a good way to die.
Here’s the ten most wacky and strange to have walked the land: 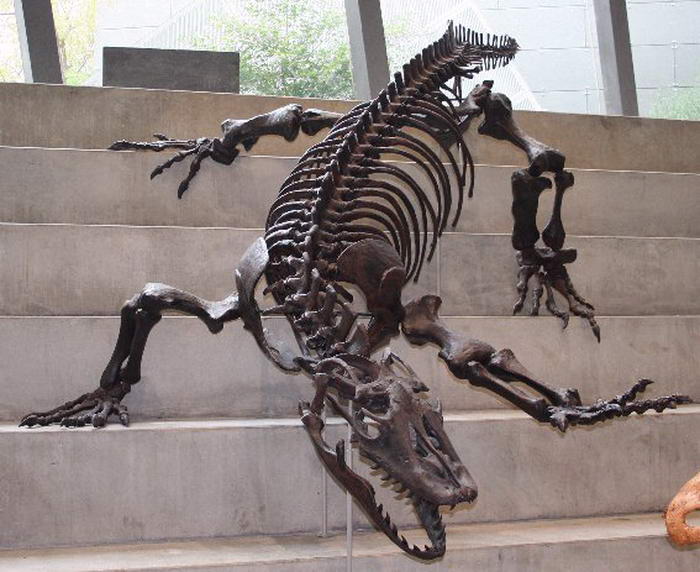 An ancient relative of the dangerous Komodo dragon, the Megalania loved terrorising Aborigines in Australia where it lived. Growing up to twenty-six feet (eight metres) and weighing in at 1.9 tonnes it was a real beast in every sense of the word. Most deadly of all, its saliva contained a blood thinner that made people bleed to death if it savaged them. 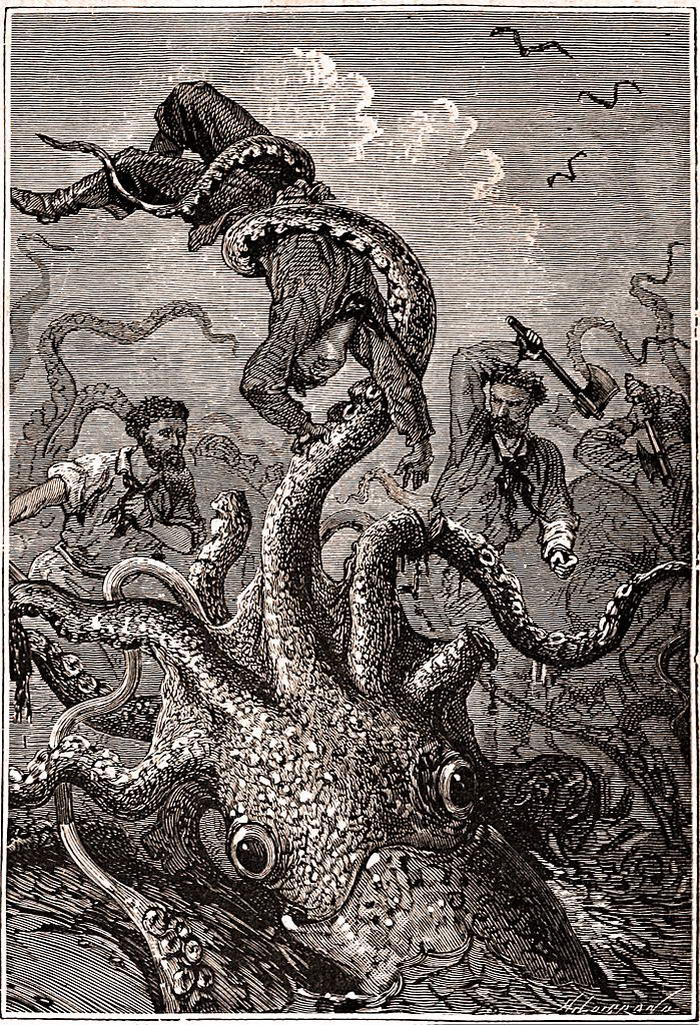 One of the most famous names on our list is the Kraken. This sea-dwelling beauty was the bane of pirates and seamen alike with its penchant for wrecking ships. Basically, a really grumpy, huge squid the Kraken had massive eyes and numerous hooked tentacles for causing havoc with. One thing is for sure, if you saw this coming towards you on the ocean you better row faster! 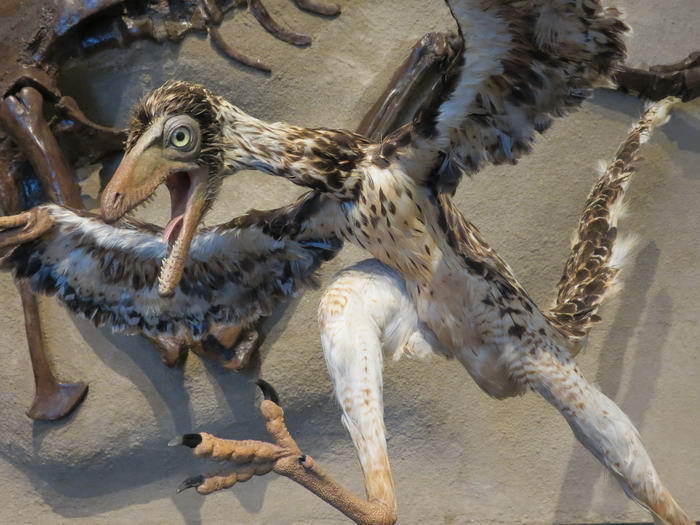 This is an ancient monster so weird that it almost sounds made up for a film. This little-bird existed during the Jurassic period so would have shared space with things like a T-Rex. Luckily it could fly and spent most of its time out of harms ways in the branches of trees, eating leaves. 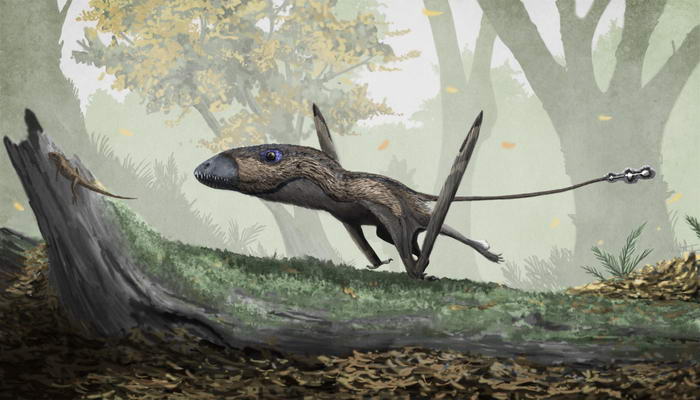 Another odd-looking dinosaur was this Dimorphodon that also existed back when creatures roamed the land. Its name translates as ‘two form tooth’ which relates to the two, separate and distinct teeth it had in its jaws. With its large head and wings, this could fly through the sky at great speeds. 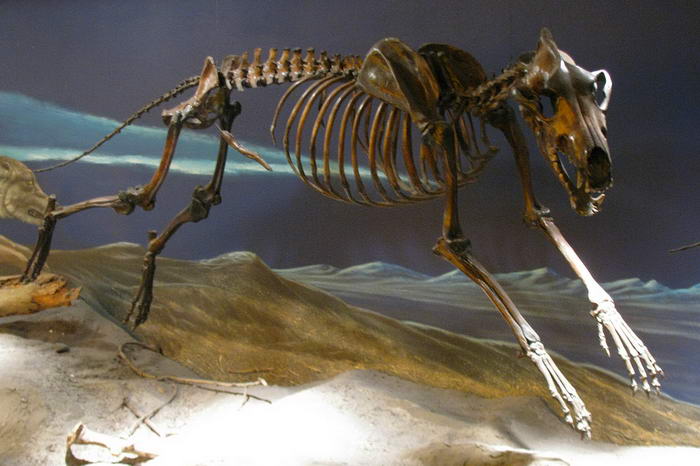 Any Game of Thrones fan worth their salt will have heard of this one! Appearing in the series, this wolf like creature had sharper teeth and more muscle than the average wolf. At their height in the Pleistocene age, they enjoyed living in the mega-fauna mainly. Unfortunately, when the mega-fauna began to die out, they did as well due to their primary food source disappearing. 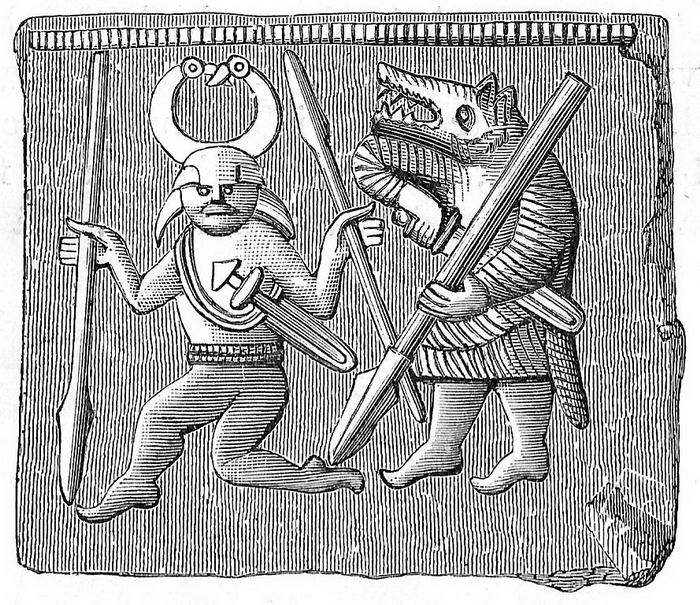 Not an ancient creature as such, the modern phrase ‘going berserk’ owes its origins to these strange characters. First mentioned in ancient Norse poetry, they were feared warriors in their day. Famed for their pure aggression and inhuman strength, they were thought to spend days before battle taking hallucinogenic drugs to get them in the mood to fight. 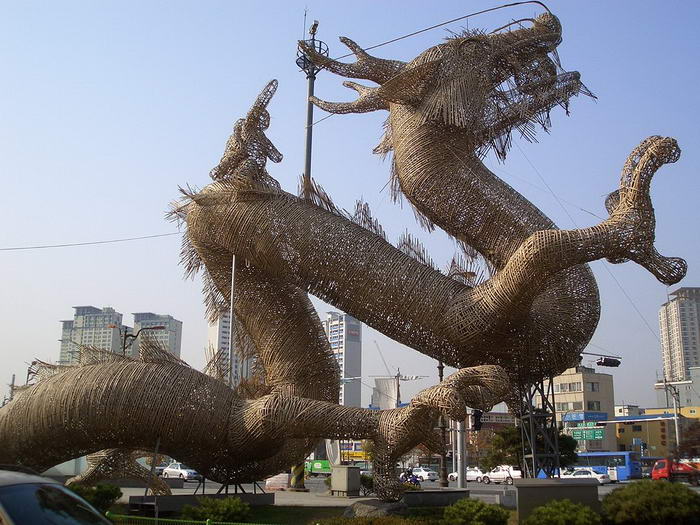 These are creatures found in Korea in ages gone by and are like a giant python in appearance. Thought by the Korean’s to be juvenile dragons, their huge size and powerful frame made them very dangerous to be around. Legend has it that they were found mainly in caves or by the water and had to live for one thousand years before they could ascend to heaven as fully-formed dragons. These unusual looking beasts were also called a ‘hoe tusker’ and gives an idea of what they looked like. Resembling modern day elephants, they lived in what is now modern-day Kenya and had long, tusks growing downwards towards the ground. Not as cute as Dumbo they would still have been a sight to behold. 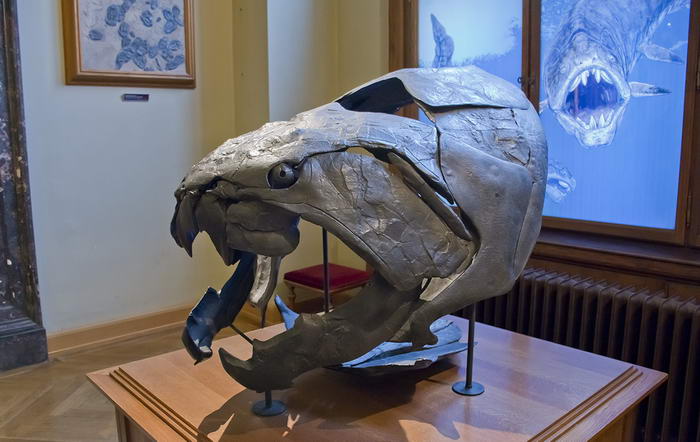 Dunkleosteus – By Zachi Evenor from Israel (Dunkleosteus) [CC BY 3.0 or CC BY 2.0], via Wikimedia Commons

If you thought Jaws was bad then wait until you read about this guy. An enormous, armoured jaw fish the Dunkleosteus roamed the ocean, eating anything in its path. Weighing up to 3.6 tonnes and up to 10 metres in length, this was a serious predator and one animal not to be messed with. 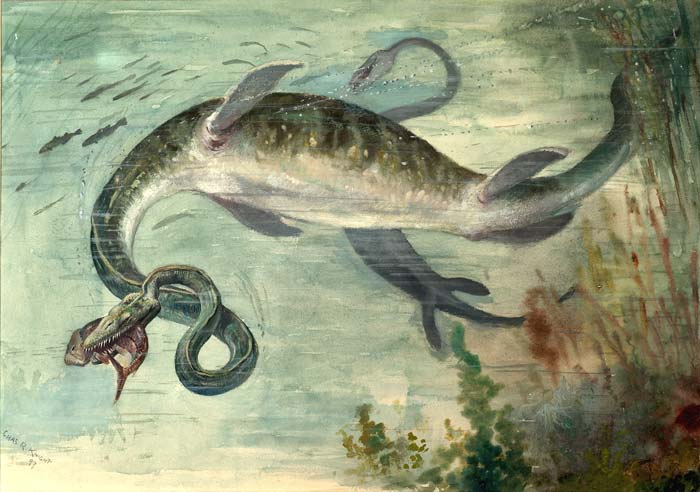 Comin in at around 46 feet in length, the name of this prehistoric creature meant ‘thin plate’ and gave an idea as to its size and shape. Incredibly, most of the length was neck which made it longer than a modern-day giraffe’s! This is one of those creatures that you would have believed to have been made up if scientists hadn’t discovered it first!

As you can see, there have been some truly weird and wonderful animals to have roamed the Earth at one time – and I include the crazy Berserkers in that!!! Thankfully, they have long since died out to keep us safer but still fascinate us. One thing is for sure – I’m glad I’m not one of our ancestors having to deal with them!