Are you ready to see some of the coolest geological formations? Planet Earth is filled with tons of unique landforms, and there are new geological discoveries found everyday. While there are many places that could have been included on this list, we’ve narrowed it down to these 10 Strangest Geological Formations On Earth. 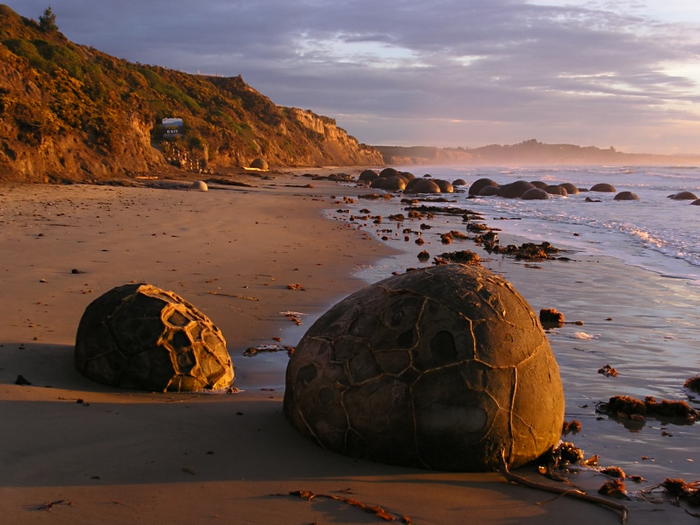 These unusually large and spherical boulders lie along a stretch of Koekohe Beach on the coast of New Zealand. Their origin has been the subject of many Maori legends, but scientifically speaking, they are the result of coastal erosion. 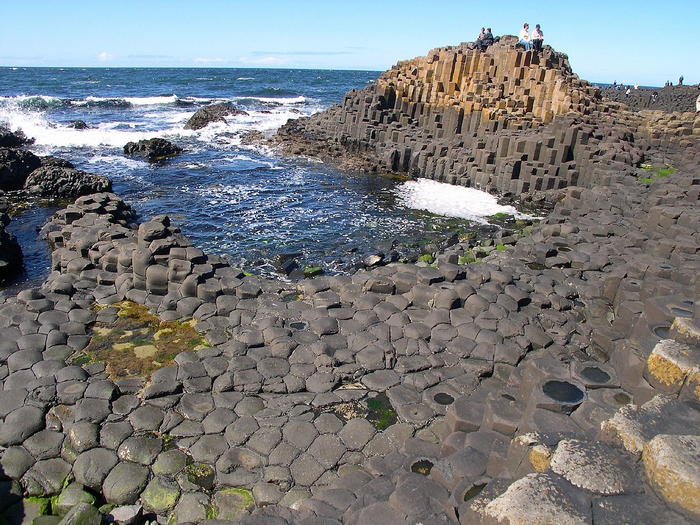 The Giant’s Causeway is an area of about 40,000 interlocking basalt columns, the result of an ancient volcanic eruption. The tops of the columns form stepping-stones that lead from the cliff foot and disappear under the sea. It was declared a World Heritage Site by UNESCO in 1986. 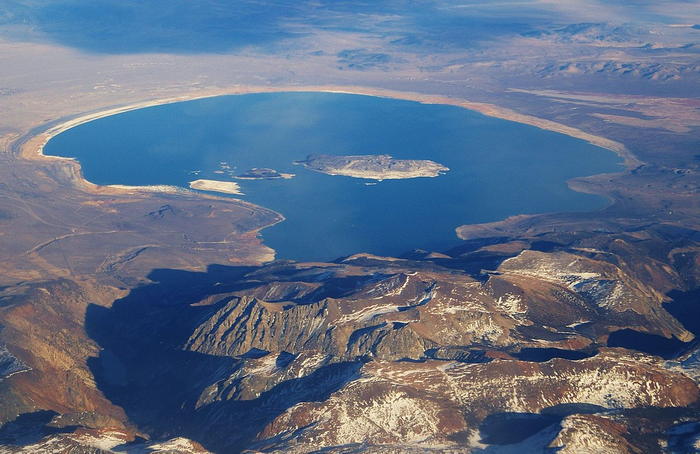 Mono Lake is a large, shallow lake with no outlet to the ocean. The lack of an outlet causes high levels of salt to accumulate. Although its high alkalinity is not livable for fish, it still has an unusually productive ecosystem. The brine shrimp which thrive in its waters provides food for two million migratory birds which nest there annually. 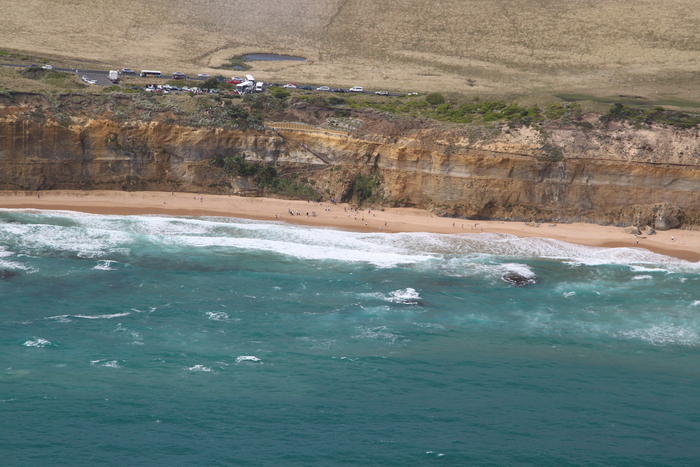 The Twelve Apostles is a collection of limestone stacks off the shore of Port Campbell National Park, near Great Ocean Road in Victoria, Australia. They were formed by the harsh weather from the Southern Ocean gradually eroding the soft limestone to form caves in the cliffs, which then became arches, which in turn collapsed, leaving rock stacks up to 45 meters high. 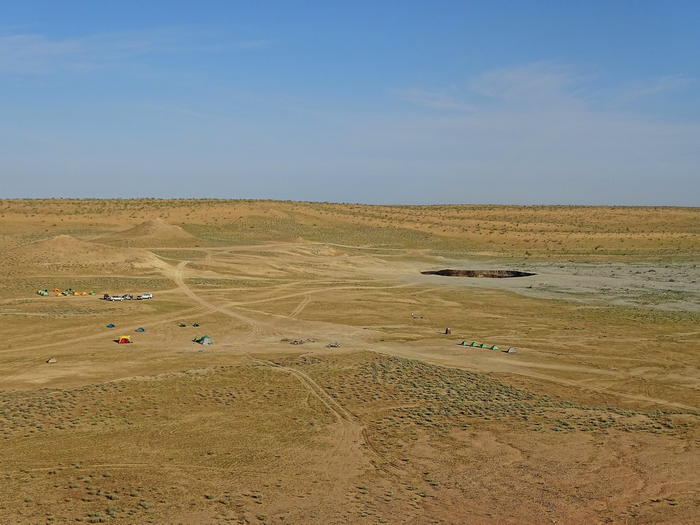 The Door to Hell is a natural gas field in Derweze, Turkmenistan. It’s known for its natural gas fire, which has burned continuously since it was lit by Soviet petrochemical scientists in 1971. Fed by the rich natural gas deposits in the area, the pungent smell of burning sulfur pervades the area for some distance 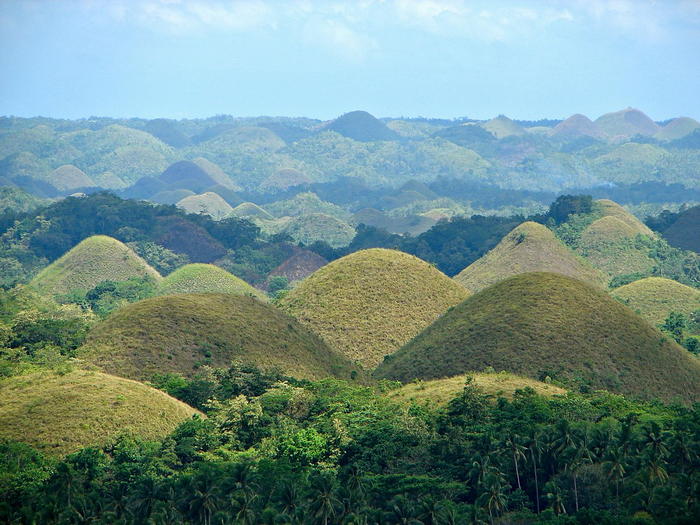 The Chocolate Hills is a geological formation in Bohol Province in the Philippines. There are at least 1,260 hills spread over an area of more than 50 square kilometers. They are covered in green grass that turns brown (like chocolate) during the dry season, hence the name. 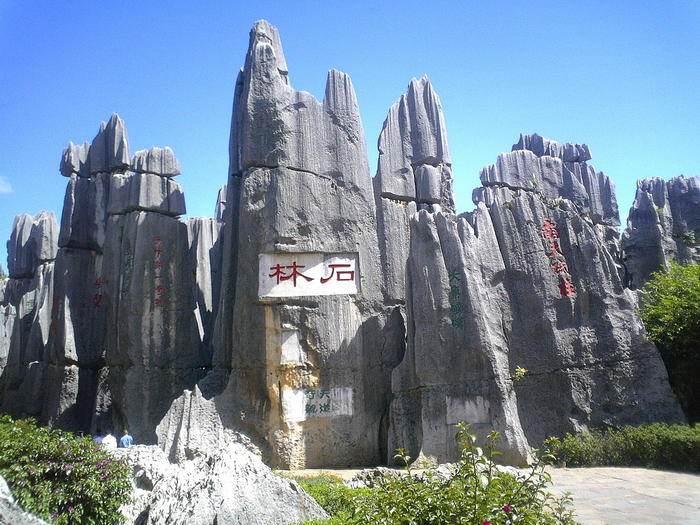 The Stone Forest is a notable set of limestone formations in the Yunnan Province of China. The tall rocks seem to emanate from the ground resembling stalagmites, with many looking like petrified trees, creating the illusion of a forest made of stone. 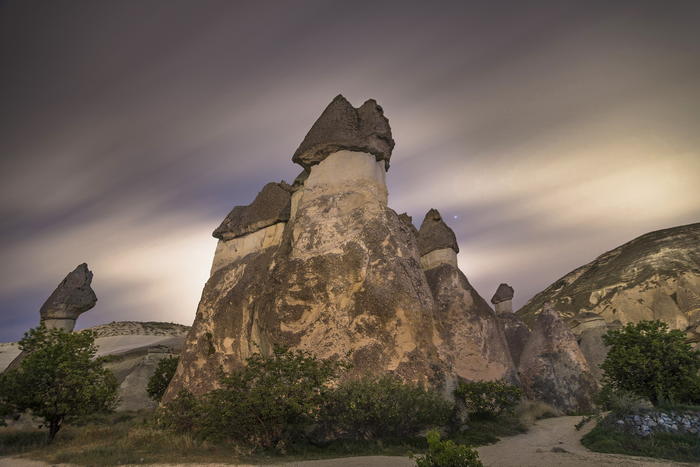 A hoodoo, also known as a fairy chimney, is a tall, thin spire of rock that protrudes from the bottom of an arid drainage basin or badland. Hoodoos, which can range from 5-150 feet tall are famously found in the historical Cappadocia region of Turkey. 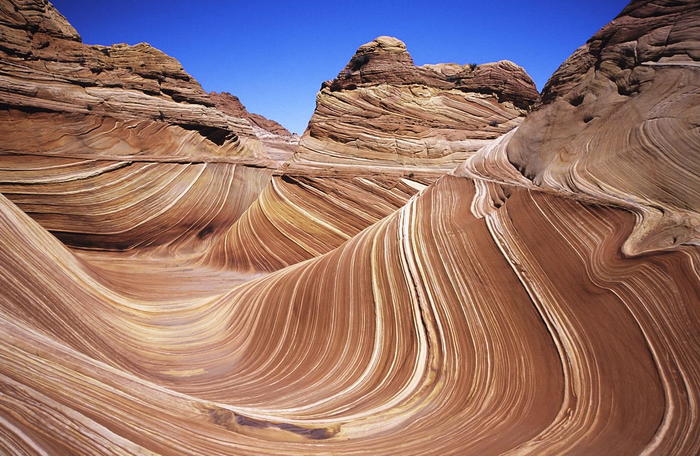 The Wave is a sandstone rock formation located near the Arizona-Utah border on the Colorado Plateau. It’s famous among hikers and photographers for its colorful, undulating forms and the rugged hike required to reach it. 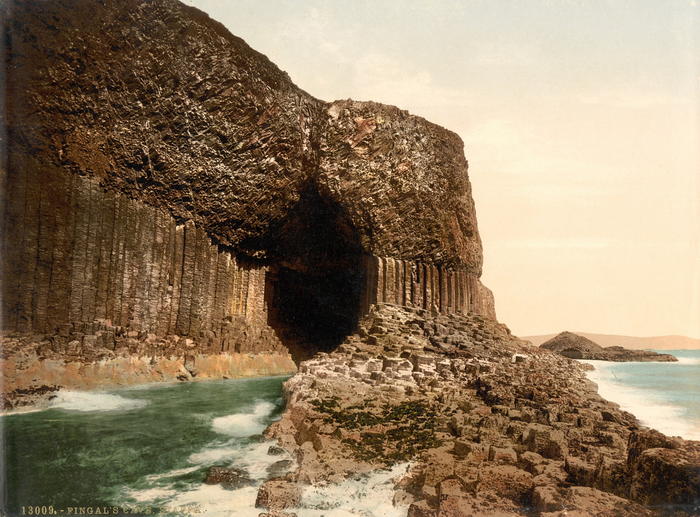 Fingal’s Cave is a sea cave on the uninhabited island of Staffa in Scotland. Its size, naturally arched roof, and eerie sounds produced by wave echoes, give it the atmosphere of a natural cathedral. The cave’s Gaelic name, An Uaimh Bhinn, means “the melodious cave.”